As we near the end of 2021, take a look at this shocking video, plus more stunning charts as the monetary madness continues.

All KWN readers around the world need to watch this brief video. Be sure to watch it to completion because it is hysterical!

Wild Ride!
December 9 (King World News) – Luke Gromen:  Lumber prices quietly up over 100% off the lows of 4 months ago. 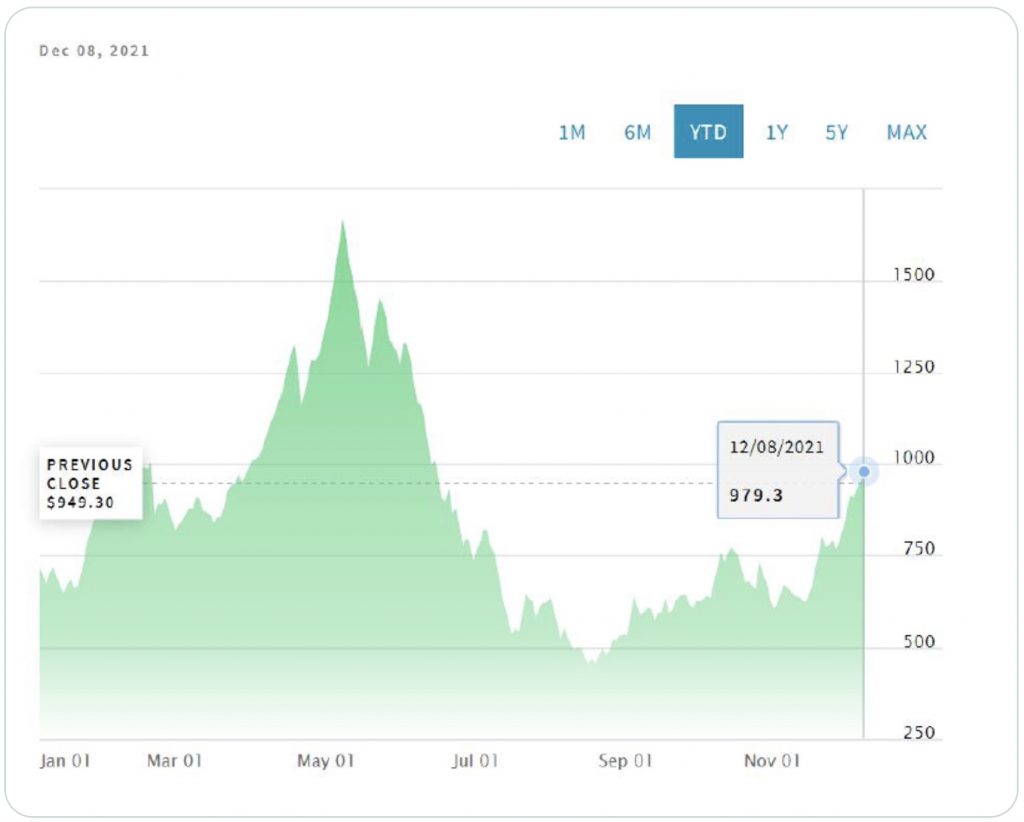 Different Directions
Luke Gromen:  US & Japan both responded to COVID the same way (massive fiscal stimulus financed by the Central Bank.) US got significant inflation, Japan got deflation. Bit of a non-sequitur to the narrative that “The US is going to be Japan.” 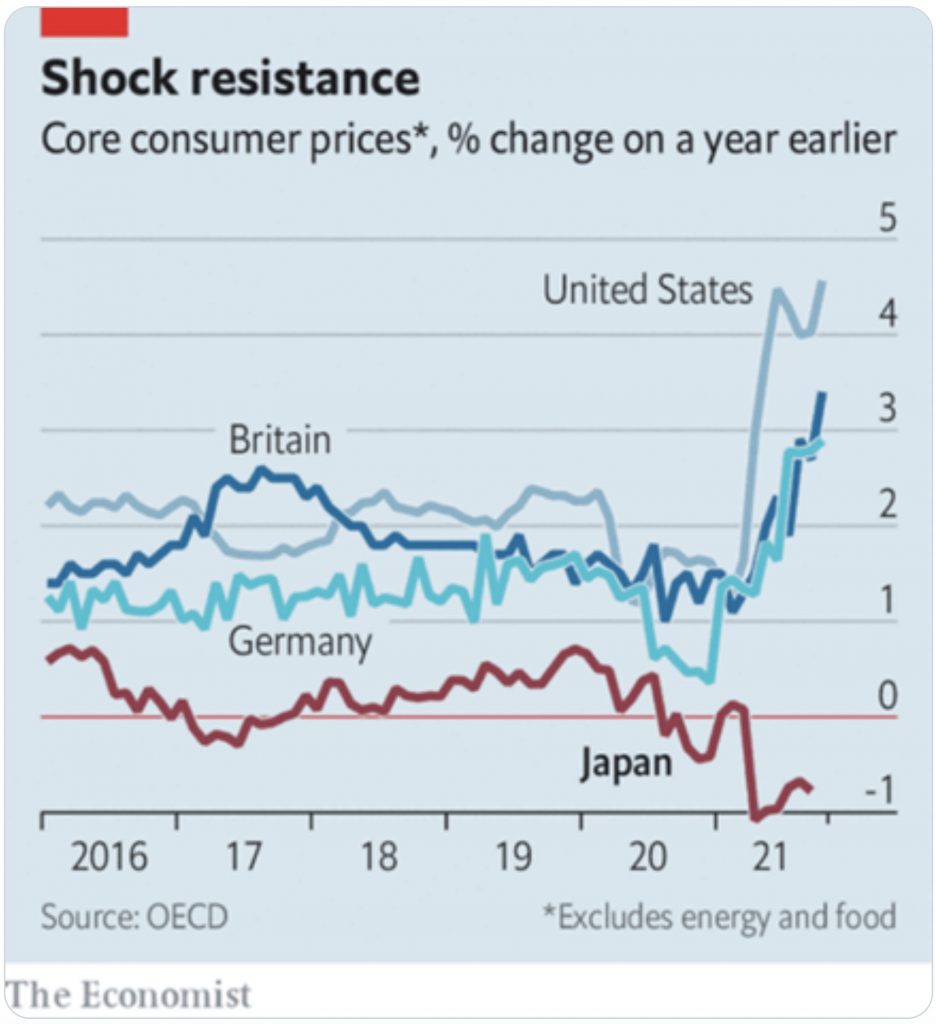 According to the economists prevalent in official circles, a prospective mix of so-called deflation and rising prices are contradictory, should not happen at the same time, and therefore cannot be explained. Yet that is the prospect they now face. The errors in their lack of economic judgement have evolved from the time when central banks began to manipulate their currencies to achieve economic objectives and then to subsequently dismiss the evidence of policy failure. It has been a cumulative process for the Federal Reserve and the Bank of England since the 1920s, which can only now end in a final catastrophic failure…

The denial of reasoned economic theory, embodied in a preference by state actors for state-driven outcomes over free markets, has led to this cliff-edge. This article explains some of the key errors in economic and monetary theory that have taken the world to this point — principally the relationships between interest rates, money supply, and GDP.

Following the First World War, central banks have not only acted as lender of last resort, which was the role the Bank of England and its imitators took on for themselves in the preceding decades, but they have increasingly tried to manage economic outcomes. The trail-blazer was pre-war Germany which grasped Georg Knapp’s state theory of money as justification for Prussia’s socialism by currency, eventually ending with the collapse of the paper mark in the post-war years. But the genesis of today’s monetary policies has its foundation in the then newly constituted Federal Reserve Bank, chaired by Benjamin Strong, who in the 1920s collaborated with Norman Montague at the Bank of England who was struggling to contain Britain’s post-WW1 decline.

Domestically, Strong was an advocate of monetary expansion, a policy that fuelled the Roaring Twenties, the excessive speculation that culminated in the Wall Street Crash, and the severe depression that followed. You would think that the experience of those times would have caused central bankers to reflect and consider the causes of failure, perhaps realising that it was Strong’s earlier inflationary policies that were responsible for the depression. They did reflect, but concluded that it was markets, not their policies that were at fault. If anything, they concluded that their remedies for the depression had not been imposed vigorously enough.

Having more sympathy with Knapp and the Prussian historicists than for free markets, the Fed and the Bank of England continued to seek inspiration from interventionist policies between the two world wars. A body of intellectual work grew up to support their suppositions, downgrading and eventually dismissing policies based on sound money. At the London School of Economics, Keynes triumphed over Hayek, who gave up criticising Keynes as a thankless task, doubly made a waste of his time when Keynes responded to Hayek ‘s criticism that he no longer believed in the theories he had previously promoted.

In the 1970s, when price inflation threatened to get out of control, mainstream economics had devolved into Keynesianism, which was then becoming discredited, and the monetarism of Milton Friedman gained attention. The monetarists resuscitated David Ricardo’s equation of exchange explaining why the expansion of currency and credit led to rising consumer prices. But the monetarists were too mechanistic in their approach, failing to appreciate the importance of subjectivity of a currency’s purchasing power in the hands of the public. Furthermore, Friedman believed in managing inflation rather than stopping it. Both sides of the economic debate were therefore exposed by unsound or incomplete theoretical arguments from which the party expressing beliefs most suited to statist objectives would inevitably triumph.

From the 1980s the drift back into Keynesianism led to increasing suppression of free markets by governments and their central banks. From the original belief that the private sector would need a helping hand from time to time through deficit spending, policies have evolved towards full time intervention and regulation. Today, the state believes that private sector actors cannot be trusted to do anything without firm state control. That is how far removed from market reality the state has become.

The irony in all this is that the state depends on private sector actors for its revenues. And as a source of revenue, they now have their limitations. After increasing taxes to the point of diminishing returns, burdened everyone with the expense and irrelevance of regulation, and having plucked the goose of all its feathers there must be no doubt that debasement of the currency is now a permanent and growing source of funding for modern governments.

That is the background that consciously or unconsciously drives both monetary objectives and the economic beliefs to justify them. Policy makers have dug deep holes for themselves, and they only know to keep digging.