December 3 (King World News) – Today legend Pierre Lassonde sent the following communication to King World News in response to the KWN article that was released on Sunday discussing the unprecedented collapse in open interest in the gold market:

“We haven’t seen this (massive collapse in open interest in the gold market) very often if ever. Personally I can’t recall. Trump has had the US Dollar on steroids ever since he came in (to office). The funny thing is all his policies were designed to do the exact opposite! If he wants lower trade deficits he needs a lower dollar. At some point he will get what he wished for and gold will pop up.”

Below is Sunday’s KWN article that Pierre Lassonde was referencing:

Unprecedented Action In The Gold Market
December 2 (King World News) – Lundeen sent KWN this remarkable chart of the collapse in open interest in the gold market (see stunning chart below).

UNPRECEDENTED: Open Interest Just Collapsed In The Gold Market While The Price Of Gold Held Strongly Above $1,200 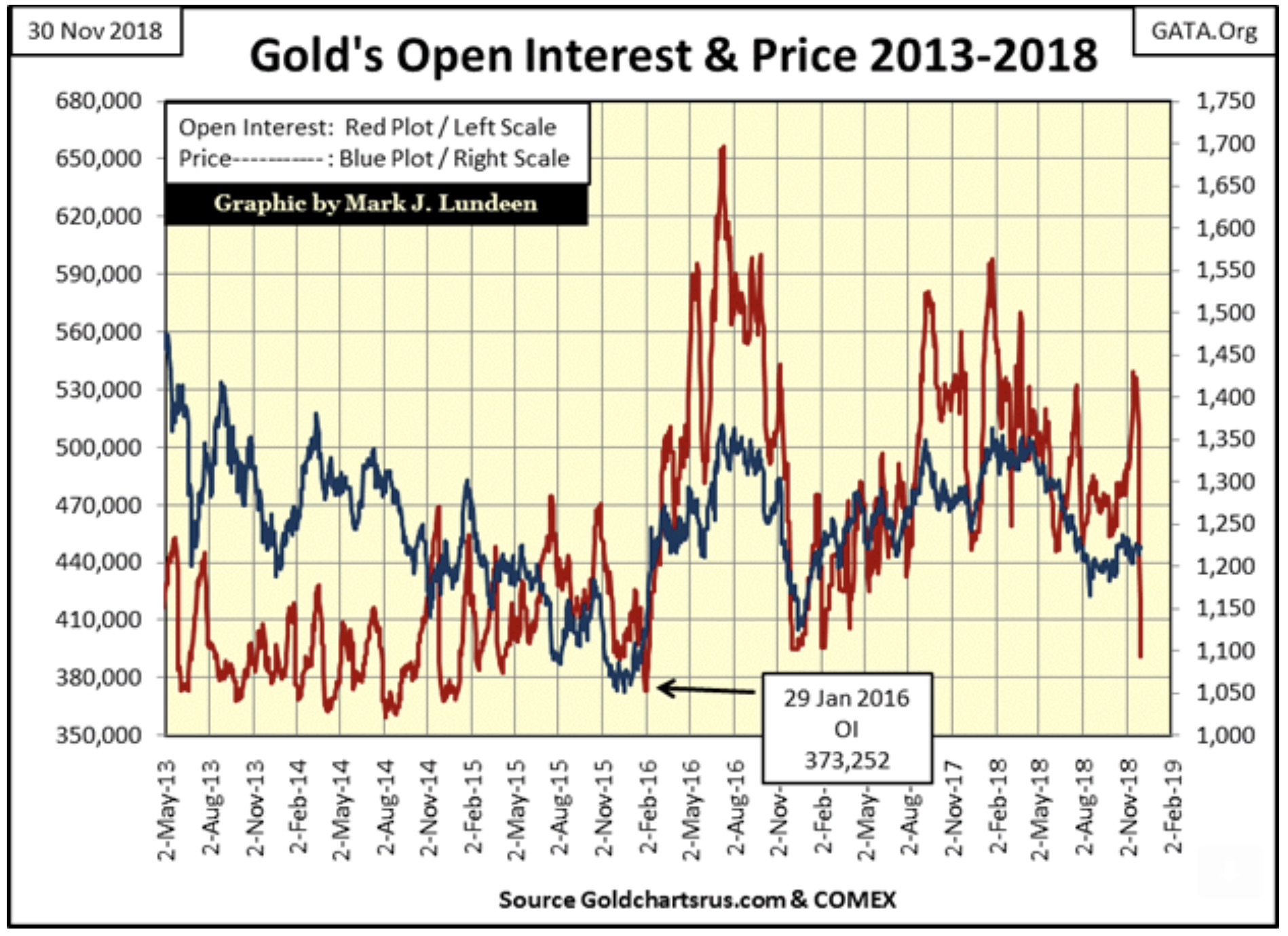 “… open interest (OI) for gold has collapsed … this collapse in OI happened in only six COMEX trading sessions!  Usually such a collapse in OI goes hand in hand with a collapse in the price of gold, and silver and their miners.  However this time seems to be different, at least so far.”

Gold Market Set For Extraordinary Gains
This collapse in open without a corresponding plunge in the price of gold is unprecedented.  This setup strongly indicates the price of gold is about to launch dramatically higher, despite the bearish sentiment that has engulfed the gold market…

IMPORTANT:
To learn which junior explorers is looking to drill some of the best holes in the world CLICK HERE OR ON THE IMAGE BELOW

Follow The Money
As far as the mining stocks are concerned, there is tremendous fear accompanied by end of year tax loss selling, which has created remarkable opportunities to buy high-quality names at extremely discounted prices.  This is a setup for extraordinary gains in the mining sector when the turnaround gets underway and the price of gold spikes higher.  Fear will then turn into greed and the current discounted prices and bearish sentiment will be a distant memory.  Meanwhile, the smart money is taking advantage of the carnage in the sector by buying assets on the cheap.  Follow the money.

Is The Silver Price About To Be Unleashed On The Upside?