With continued uncertainty in global markets, a scenario is unfolding that will make Russian leader Vladimir Putin’s hand much stronger.  This will also significantly impact the oil, gold and silver markets as well as currency markets.

Is Crude Oil Setting Up To Surge A Staggering 66 Percent?
Top Citi analyst Tom Fitzpatrick:  “We had been biased that Crude would correct lower to at least and possibly extend as low as around $38. The low in this move was $39/19 and Crude has since bounced sharply. The weekly pattern now looks like an evening star formation (Bullish). This suggests that it can go back and test resistance in the $51 – $52 area (Resistance and potential inverted head and shoulders neckline). 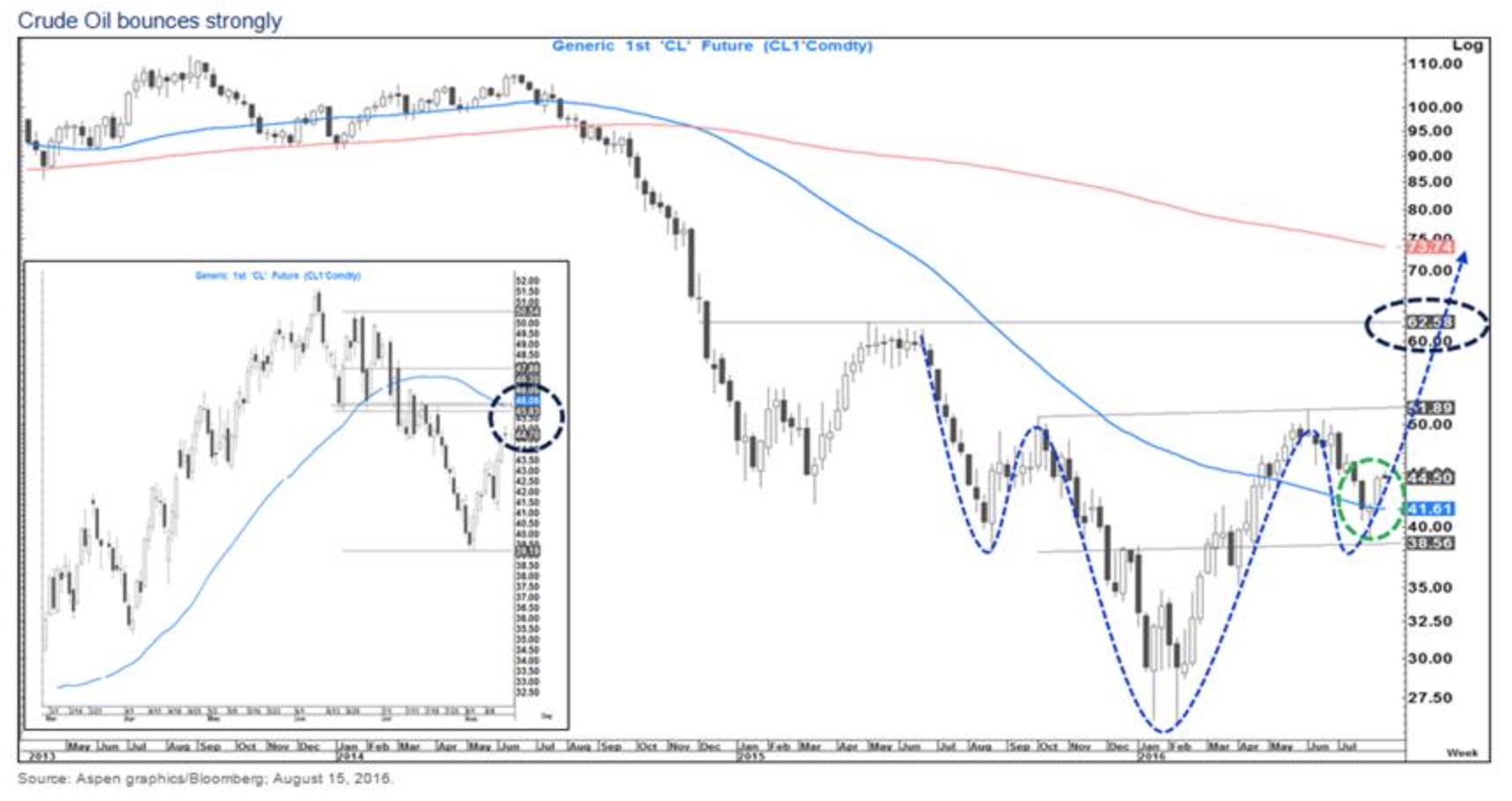 A break above here, if seen, would suggest extended gains towards at least the $62.50 area as we move towards early 2017. On a longer term basis the 55 – 200 week moving average setup and this inverted head and shoulders would suggest that the gains could be into the low $70’s (this would be a spectacular 66 percent surge) by 2018.

Canadian Dollar To Strengthen Dramatically vs US Dollar?
The CAD (Canadian Dollar) remains one of the “unloved currencies” at the moment. 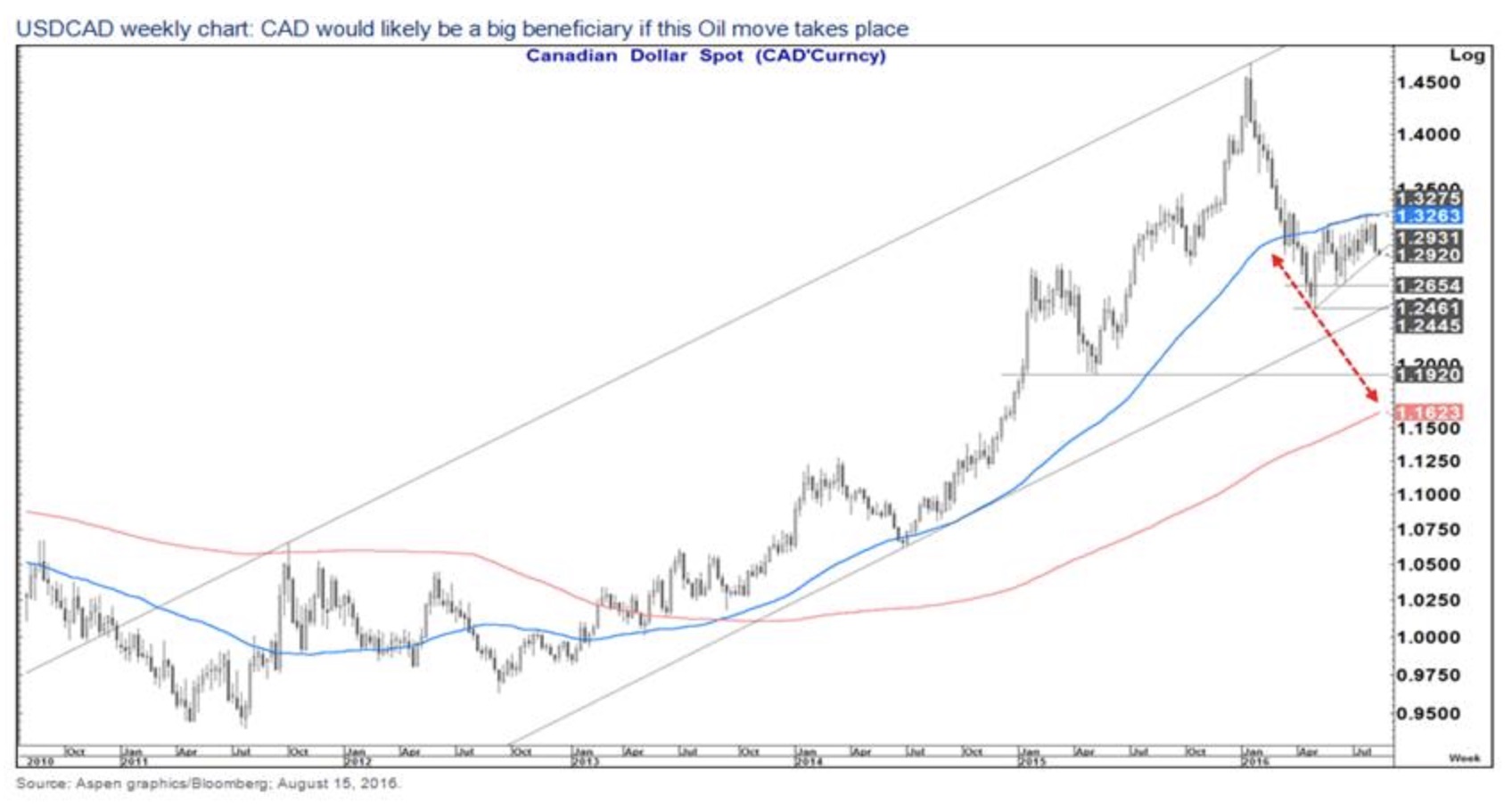 Is Vladimir Putin’s Hand About To Get Much Stronger?
USDRUB (U.S. Dollar / Russian Ruble) was above the 55 week moving average for over 3 years until May/June this year and has so far held on a retest. 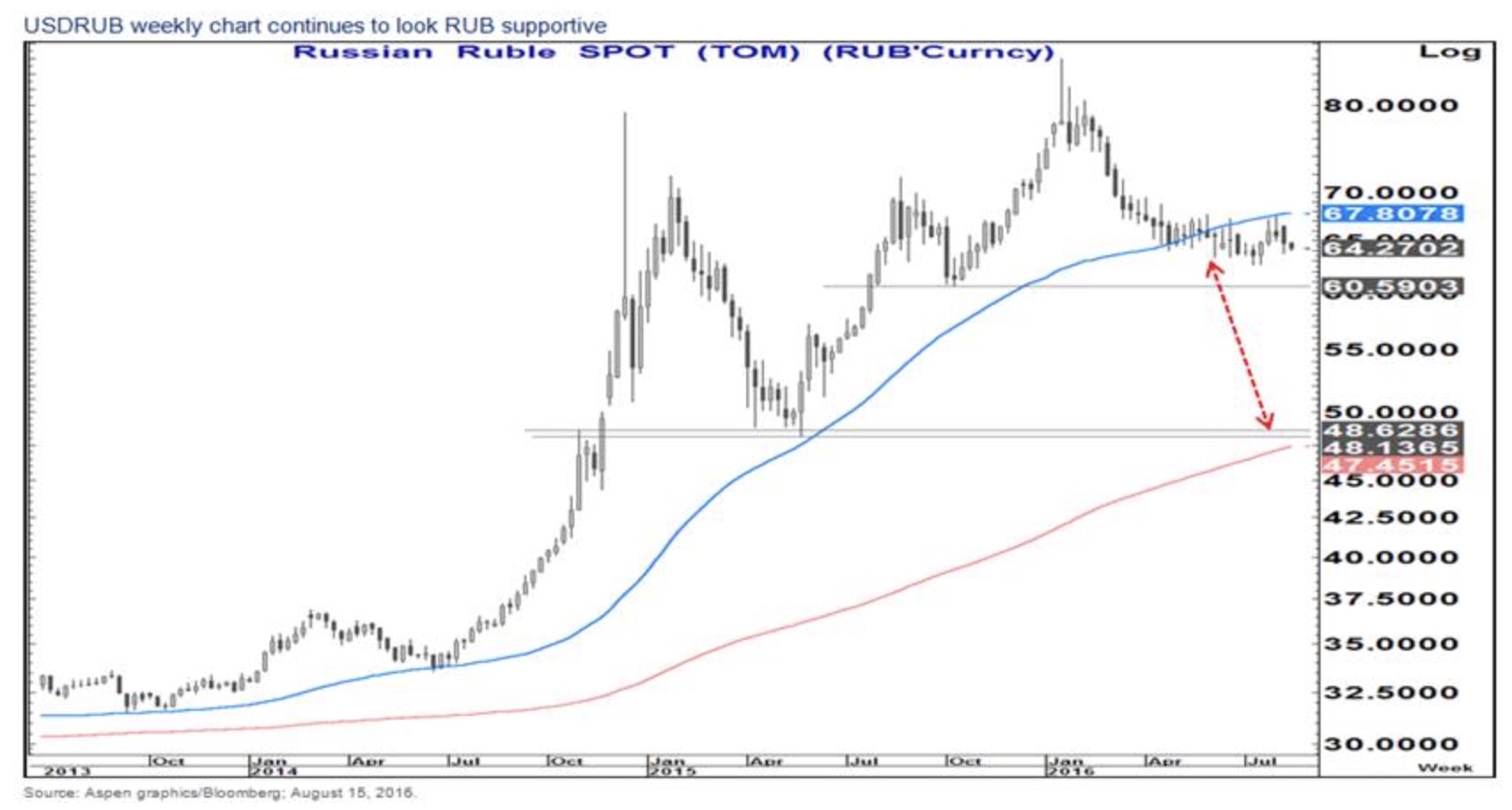 Initial support is met at 60.59 with long term horizontal supports and the 200 week moving average converging in the 47.45 – 47. 48.63 area (this move would represent a massive 26.5 percent surge in the strength of the Russian ruble vs the U.S. dollar).”

This Scenario Will Bolster Already Strong Gold & Silver Bull Markets
King World News note:  If Fitzpatrick is correct that the price of oil is now set up for a dramatic surge, this will indeed strengthen Russian leader Vladimir Putin’s hand along with the Russian ruble.  The surge in oil would translate into a very large increase in global inflation, which would also be extremely bullish for both gold and silver.  This would create additional momentum in terms of physical demand for both metals as the inflation scenario unfolds.

The strengthening of the Canadian dollar would also represent additional strength in the gold, silver and overall commodity markets.  This would also be positive for foreign holders of mining share companies as the commodity producing nations’ currencies would strengthen across the board vs the U.S. dollar, euro, yen, etc.  Meaning, there would be a currency kicker to the upside for holders of mining shares as the Canadian dollar, Australian dollar and South African rand strengthen.

***ALSO JUST RELEASED: We Are Now Only Months Away From The Worst Global Crisis In History CLICK HERE.