The public is borrowing to buy stocks. Look at what is happening with margin debt in the stock market.

Margin Debt Spikes
October 27 (King World News) – Here is a portion of today’s report from Jason Goepfert at SentimenTrader:  Investors have become pretty willing to borrow against the value of their brokerage accounts.

The latest margin debt figures show that investors have pledged more than $650 billion against their stock holdings as of September. That’s up more than 35% from the low in March and is nearing a record high. 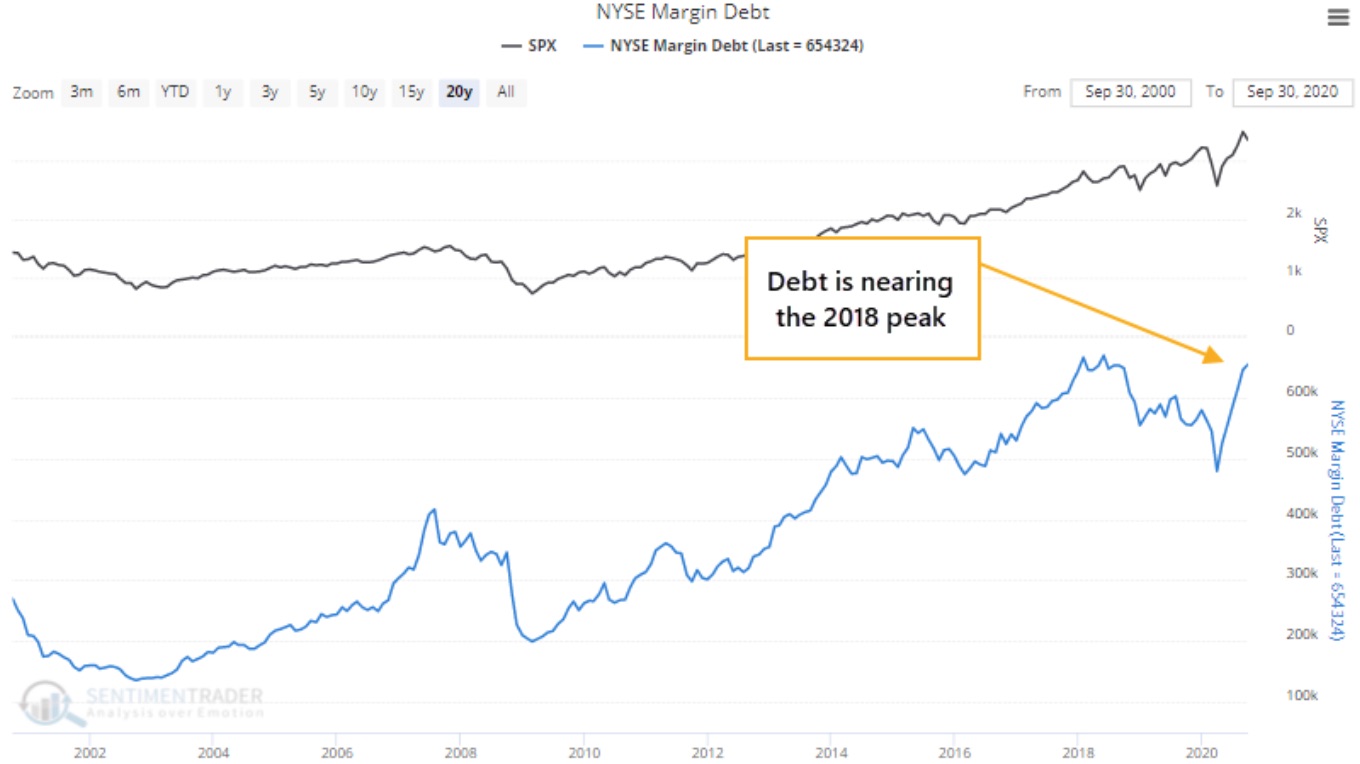 This is unusual because in September stocks fell and yet borrowings against those holdings increased.

Over the past 70 years, it has been unusual to see the monthly percentage change in the S&P 500 differ much from the change in margin debt. There’s a fairly high positive correlation between the two, which September violated…

A knee-jerk contrarian would assume this is a bad thing. It suggests that investors are complacent, too willing to increase their leverage despite a market that’s not going their way. But it hasn’t really proven out that way. 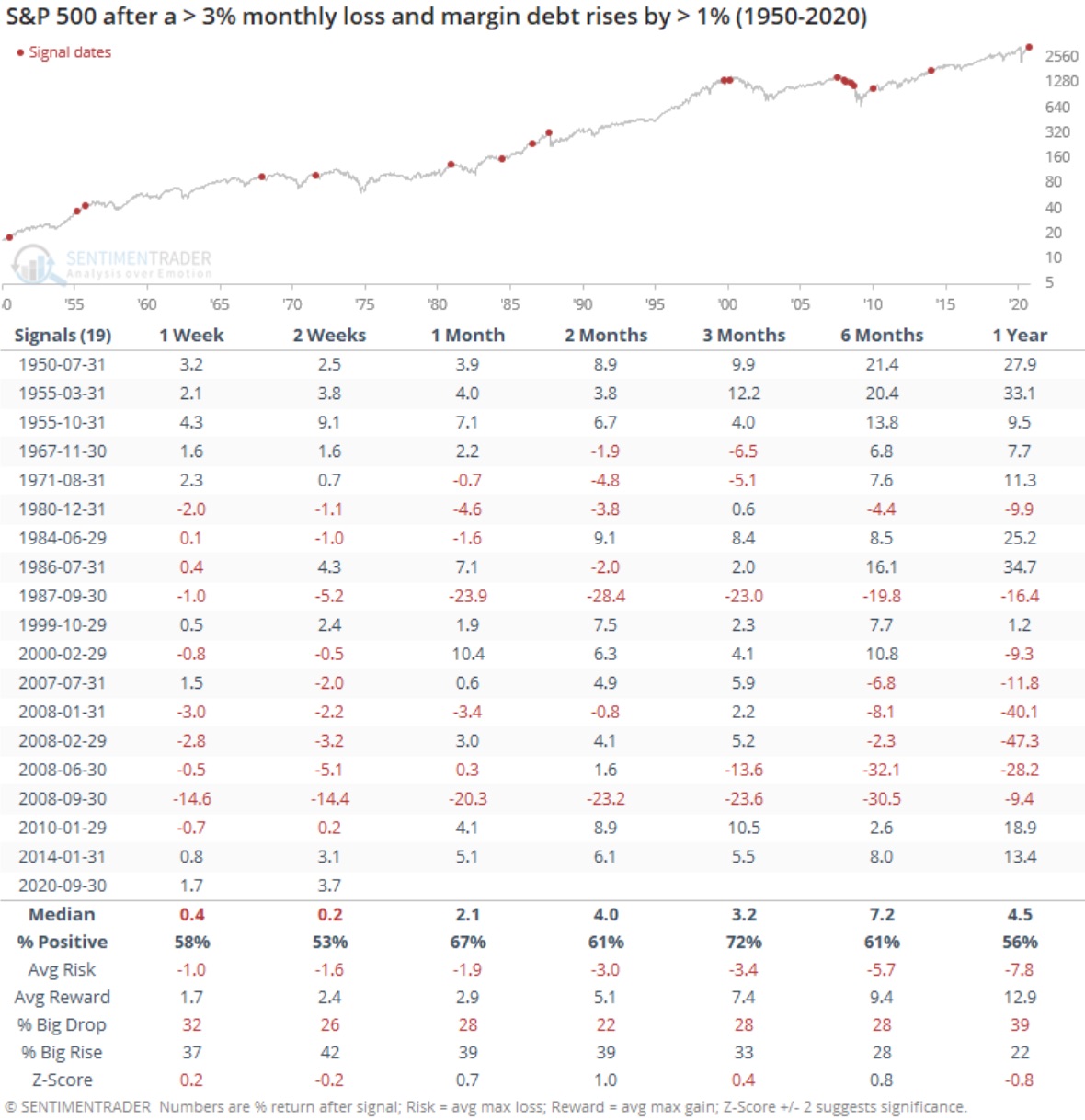 Clearly, there were some trouble spots – most notably in 1987, 2000, and 2007, when longer-term returns suffered greatly. Those were also times when debt had jumped by a large amount, and quickly.

Over the past 6 months, margin debt has jumped by more than 35%, one of the largest rates-of-change since 1950. 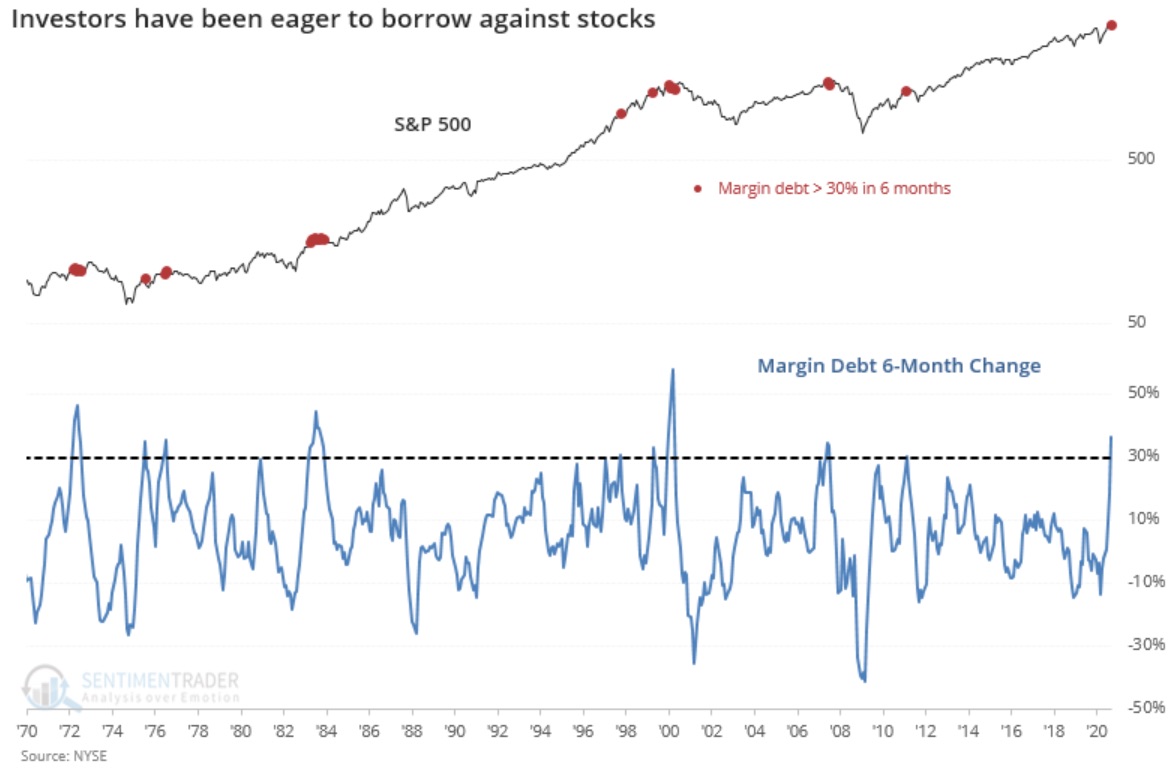 That was most definitely not a good sign in 2000 and 2007, but as we’ve discussed multiple times in recent years, that was coming from a higher base, and the growth in debt was far ahead of the growth rate in stocks. Neither is the case this time around. This is a good example of why Jason Goepfert is recognized as doing some of the best work in the world. To sign up for internationally acclaimed work that Goepfert produces at SentimenTrader CLICK HERE.