After the recent bullish advance in the gold and silver markets, one analyst asks a fascinating question: Could the price of silver really be set to surge 214% in just 8 months?

Analyst David P. out of Europe:  “Finally, some extremely good news for silver investors. The MACD-indicator on the silver chart has recently turned to a buy signal for the first time since late 2011 (see 28-year chart below):

MACD Turns Bullish On Silver For The First Time Since 2011! 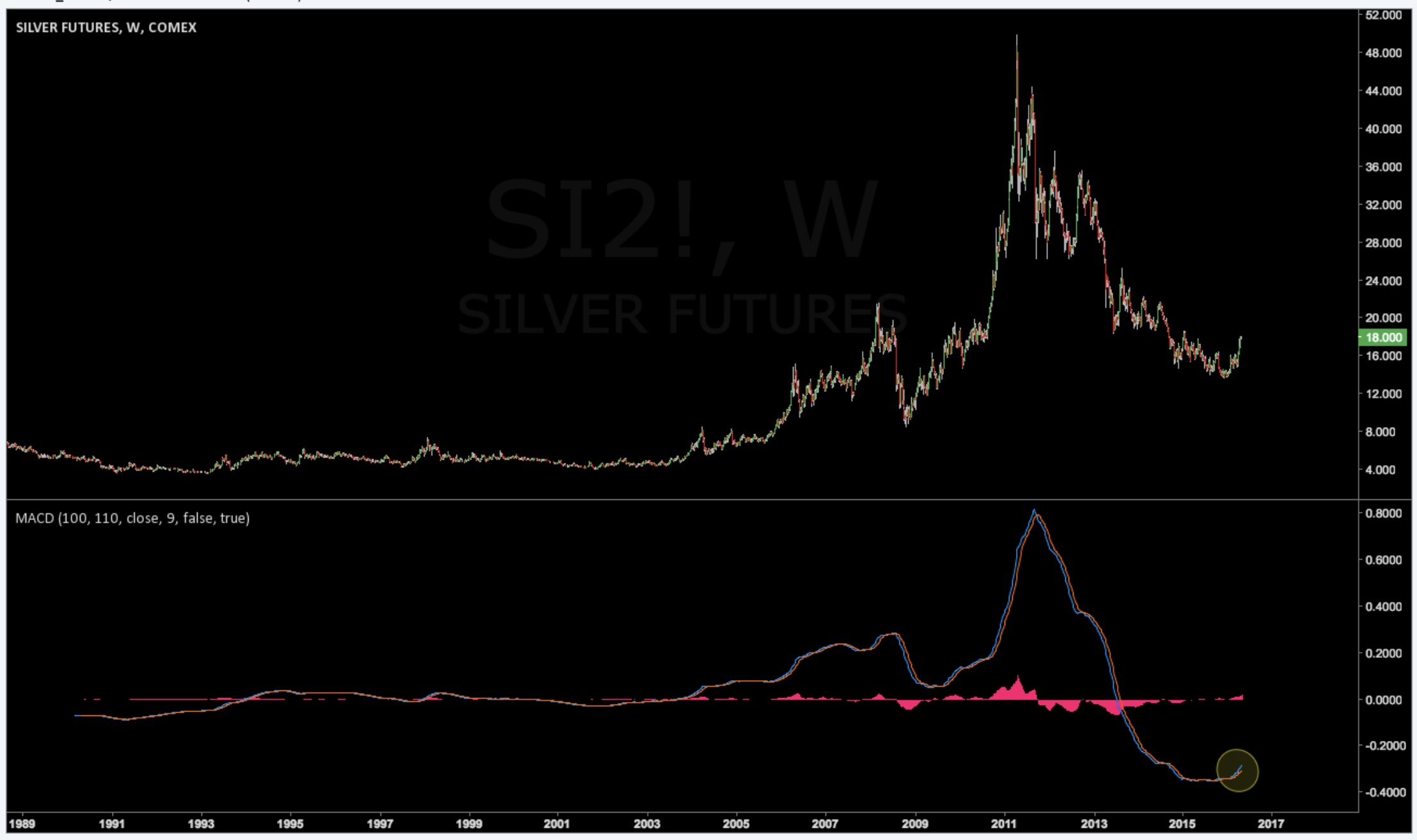 Analyst David P. continues:  “This is the first time ever the MACD has crossed into a buy signal from such oversold levels. Silver was incredibly oversold in June 1982 (not shown on chart), but the MACD shows a much more oversold condition today — i.e more upside potential from a technical perspective.

It is important to have the above historic move in mind when looking at gold and silver. I not only see that scenario as possible, I see it as probable based on the extremely oversold condition and the powerful fundamentals. The buy-signal is in place in silver, now let’s see what happens.”