With China’s stock market crash accelerating, now down 8.5% as panic in global markets escalates, today King World News is pleased to feature a piece from one of the greats in the business discussing the panic in global stock markets and what to expect from here.

August 24 (King World News) – Jason Goepfert at SentimenTrader:  “Stocks have suffered a shock in the past few days, with the largest loss in several years and more than nine months of gains erased after having recently been sitting near record highs … The activity on Friday was so “shocking” that it triggered a number of rare extremes….

A sign of panic is when traders place a higher probability of volatility in the short-term than longer-term. That’s what we’re seeing now. The short-term premium is nearly 20%. It has been higher only during the worst of the 2008 crisis, the flash crash in May 2010 and near the low in August 2011. 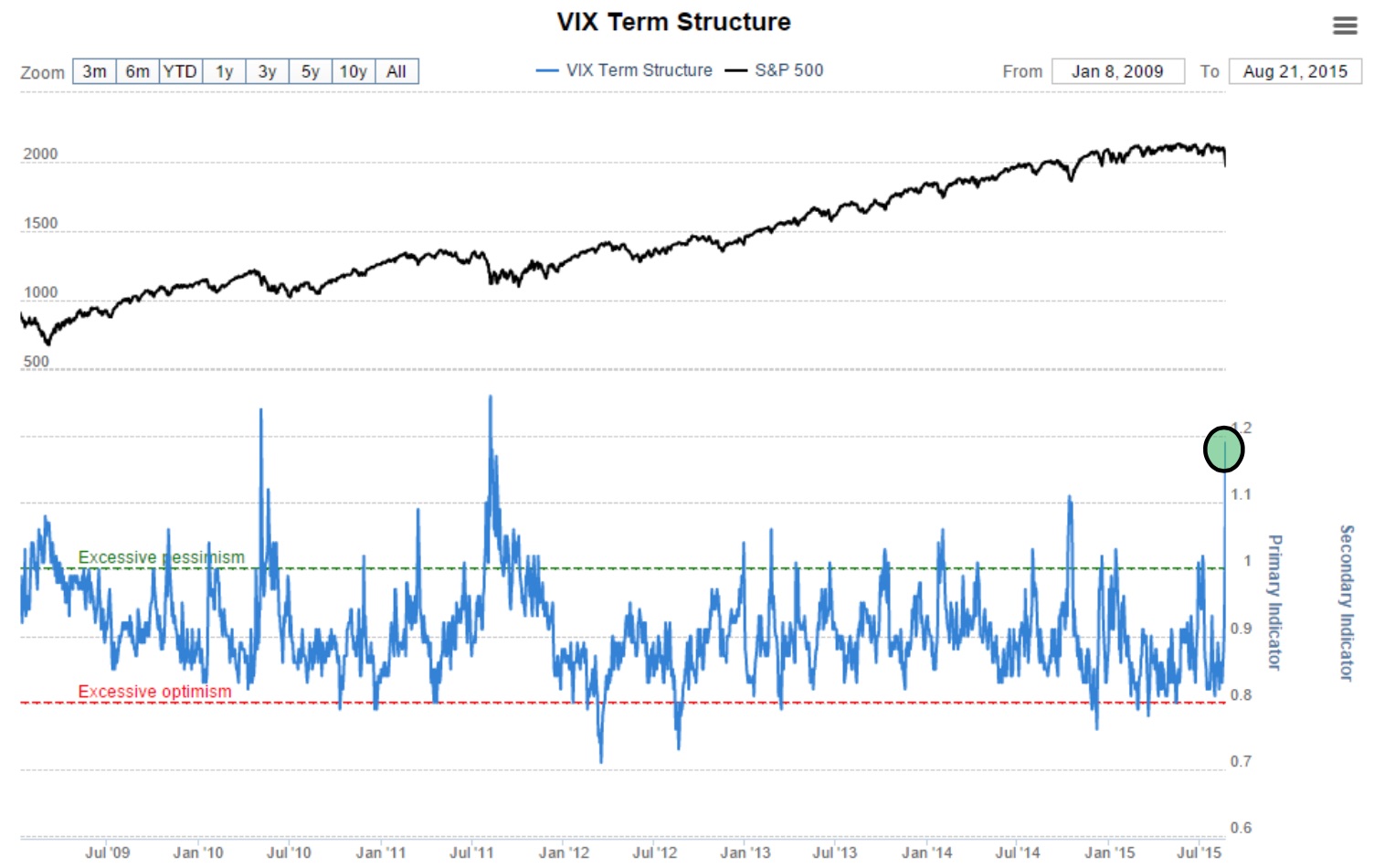 For much of the spring, traders saw no need to trade these products. That’s changed. On Friday, inverse ETF volume set a record as a percentage of total NYSE volume. The only days approaching this extreme were April 11 and October 15 of last year, both market lows. 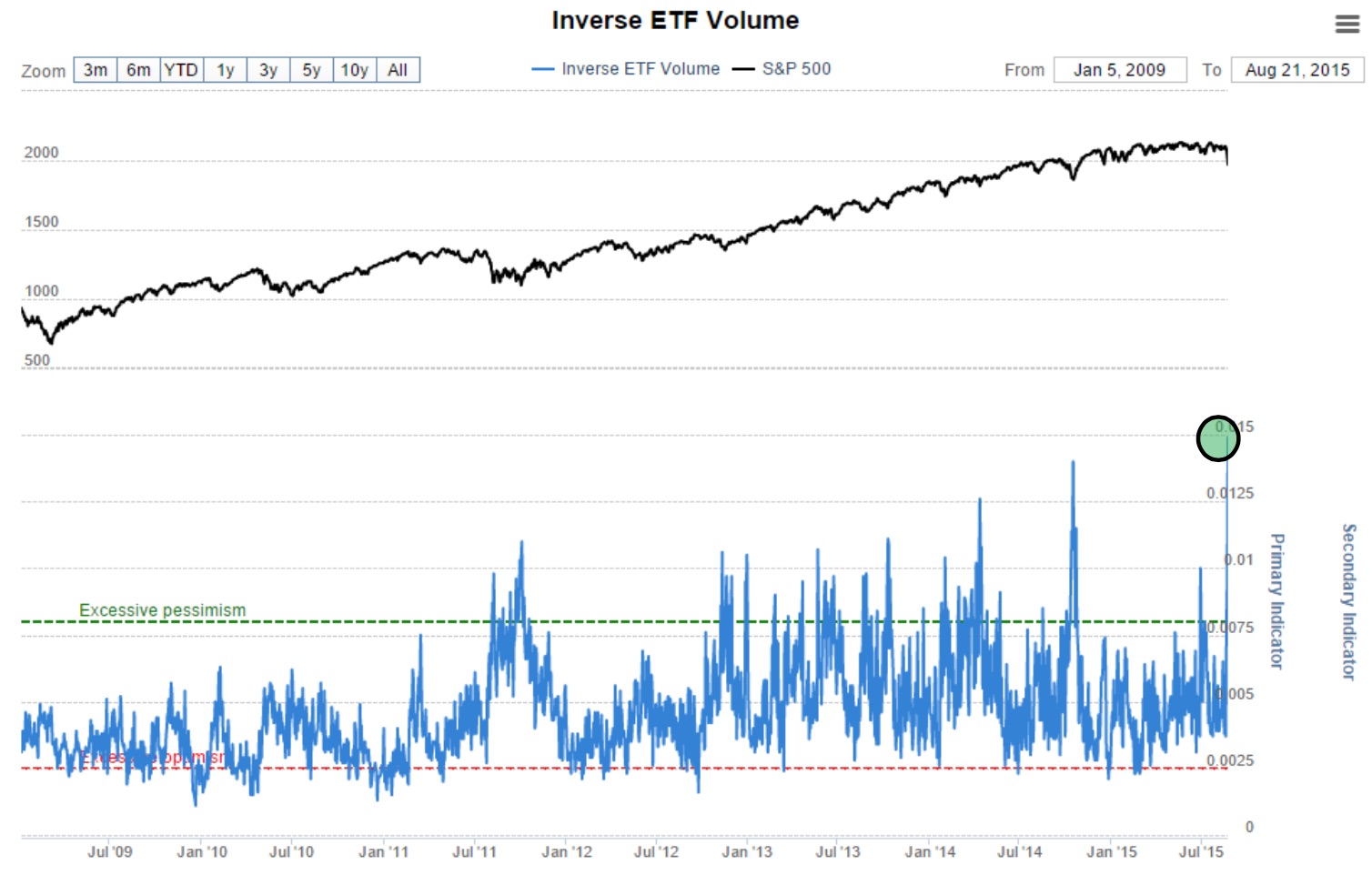 For the first time in more than a year, stock traders exchanged more put options than call options on the CBOE exchange. Even more notable, total put volume exceeded total call volume by nearly 70%, the 2nd-highest level in history (next to February 27, 2007, the “China crash” for those that remember that). 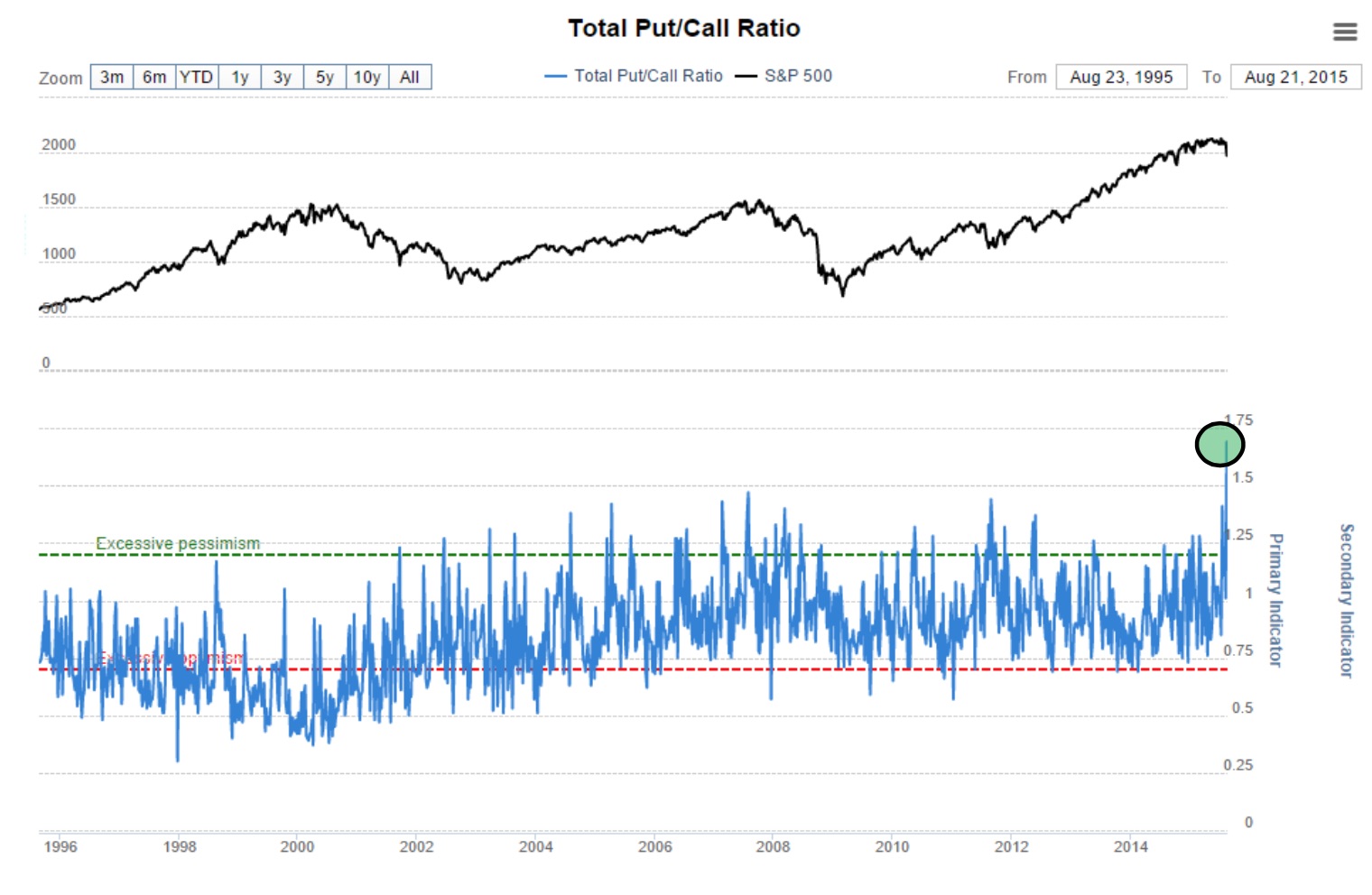 On March 2, more than 50% of our indicators were signaling excessive optimism. Stocks struggled after that, and now we have nearly the opposite situation with almost 50% of our indicators showing pessimism. That’s not the highest we’ve ever seen, but it’s a rare level during a bull market. During a bear market, it usually goes to 50% – 60% at intermediate-term lows. 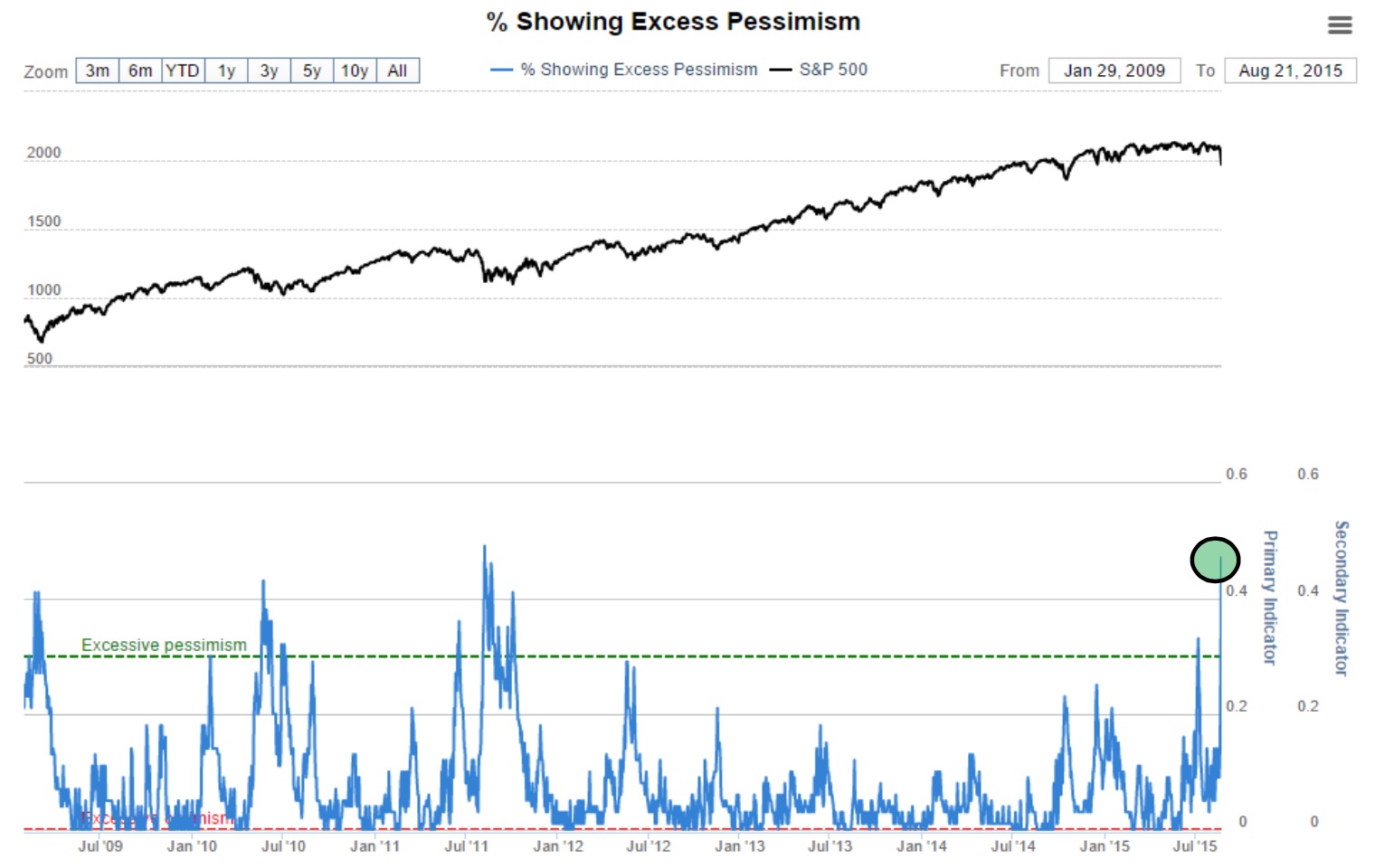 … As noted with yesterday’s study about all of the major indexes falling below their 200-day moving averages, even on the cusp of a long-term bear market, stocks most often rally in the intermediate-term following such bad market performance.

It’s never advisable to be cavalier about declines like this. As anyone who studies history knows, outright crashes happen from conditions just like this. Stocks crash when they’re oversold, not when they’re overbought. But that has happened a handful of times, versus the dozens that lead to rebounds instead. It’s all about the odds.

Another large down day isn’t out of the question … but based on where most of our measures are headed, that should be about it before a larger rebound over a multi-week time frame.” To try a free 14-day trial of the internationally acclaimed work that Jason Goepfert produces at SentimenTrader simply CLICK HERE.

***KWN has also now released the incredible audio interview with Stephen Leeb, where he discusses the chaos in global markets and China, what investors can do to prepare and protect themselves, why gold, silver, and commodities are headed higher and much more, and you can listen to it by CLICKING HERE OR ON THE IMAGE BELOW.