On the heels of a continued weakness in the gold and silver markets as well as the bond markets, today King World News is pleased to present an important update on the war in the gold market from Michael Oliver at MSA. Oliver allowed KWN exclusively to share this key report with our global audience after today’s continued decline in the gold market.

By Michael Oliver, MSA (Momentum Structural Analysis)
January 25 (King World News) – We noted an upside emergence by gold and miners recently. We got a further run out of it, and today some pullback…

These are intermediate trend charts only. Such trends, once they shift, usually last several months (though with zig-zags, as was the case during the decline).

The size of the momentum base was from the zero line down to lows that were four and five points below it. Add four or five points to the zero line, and the recent rally has not yet achieved those levels. And of course we’re only speaking about an initial post-breakout surge (see chart below). 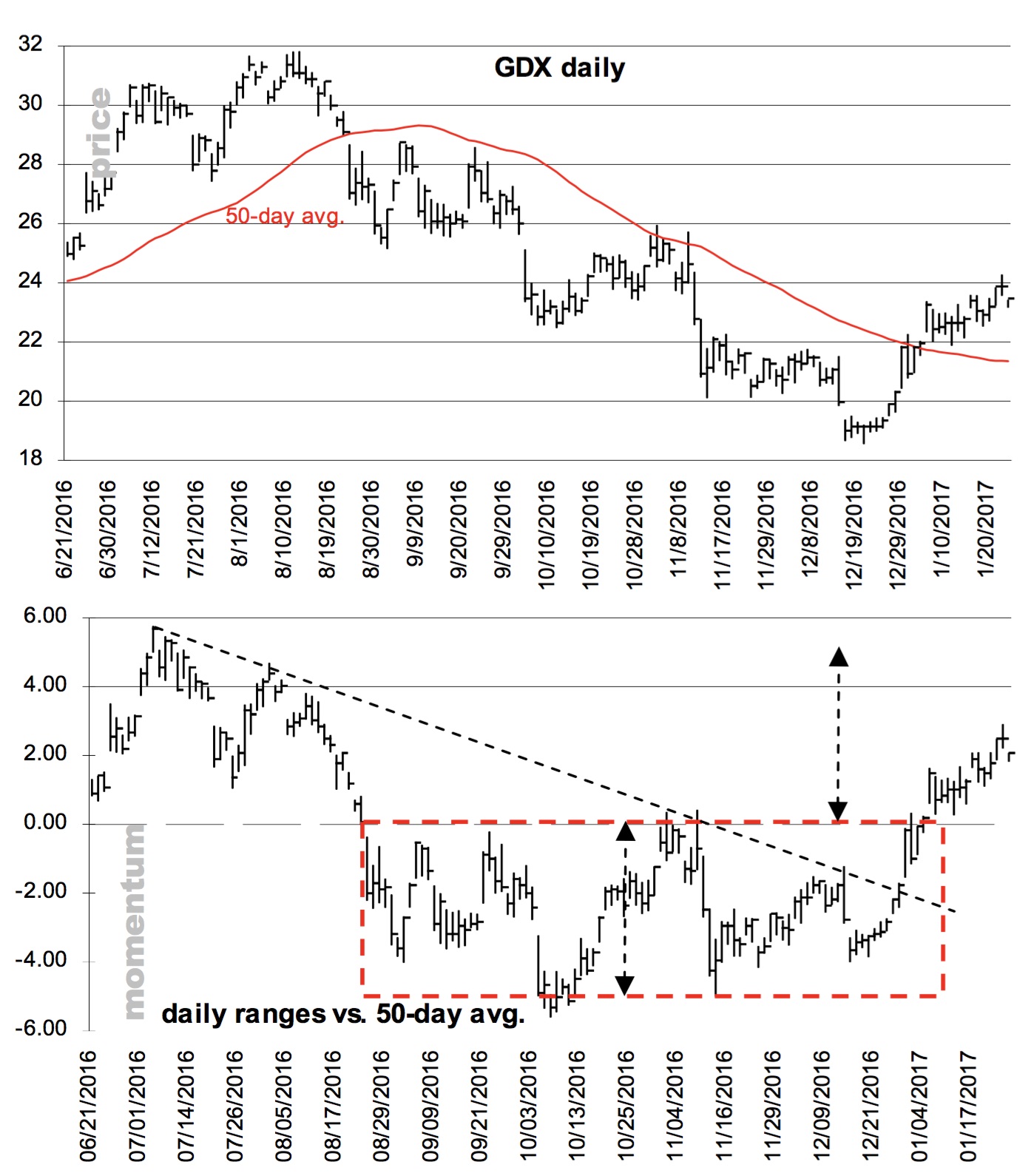 Best support would likely be around the zero line/50-day average, but we suspect that isn’t going to be seen in this immediate drop. Perhaps later after further gains and an actual rise in the 50-day average itself (projected to make its first uptick tomorrow). That average is now 21.35. The current price of GDX is 23.4 at time of this report.

The pullback might find support just below 23 before then turning up — perhaps to achieve the 25 to 26 zone. But generating a pullback to zero-line support right now looks a bit premature.

King World News note:  What Oliver is pointing out is that the mining shares are leading the way for gold and silver right now.  This is very positive for the metals because it is how bull markets trade.  We will have to keep a close eye on the 23 level on the GDX mining share index.  So far the shares have remained remarkably resilient, even in the face of weakness in the metals.  This may mean that Oliver is correct about higher prices unfolding before a more serious pullback ensues.