As we get ready to what should be a very exciting fall, one firm is calling for skyrocketing gold, silver & oil and a 7,000 point plunge in the Dow!

“My fear is that because interest rates are suppressed, therefore earnings are inflated. So when rates go up … the hall of mirrors is shattered and we look at each other and see what
actually is real rather than what the Fed wants us to believe.” — Jim Grant

September 3 (King World News) – Value judgments are subjective. Particularly in the valuation of investment assets, expectations about the future play a crucial role. One of the perhaps best known and quite informative ratios is the Dow/gold ratio…

In our opinion it (the Dow/Gold ratio) reflects the expectations of market participants regarding future economic developments. Over the past century extremes in positive expectations were recorded in 1929, 1966 and 2000. After the financial crisis of 2008 a significant increase in economic confidence could only be observed in the years 2013 – 2015. This can be explained by the fact that the opinion that the crisis had been overcome and that a recovery was underway finally prevailed.

The Tide Is Now Turning In Gold’s Favor
As we have noted, we expect that this narrative of a recovering economy won’t be sustained much longer. Should faith in the economic expansion falter, a strong decline in the ratio should be expected; the gold price would once again outperform stock prices. 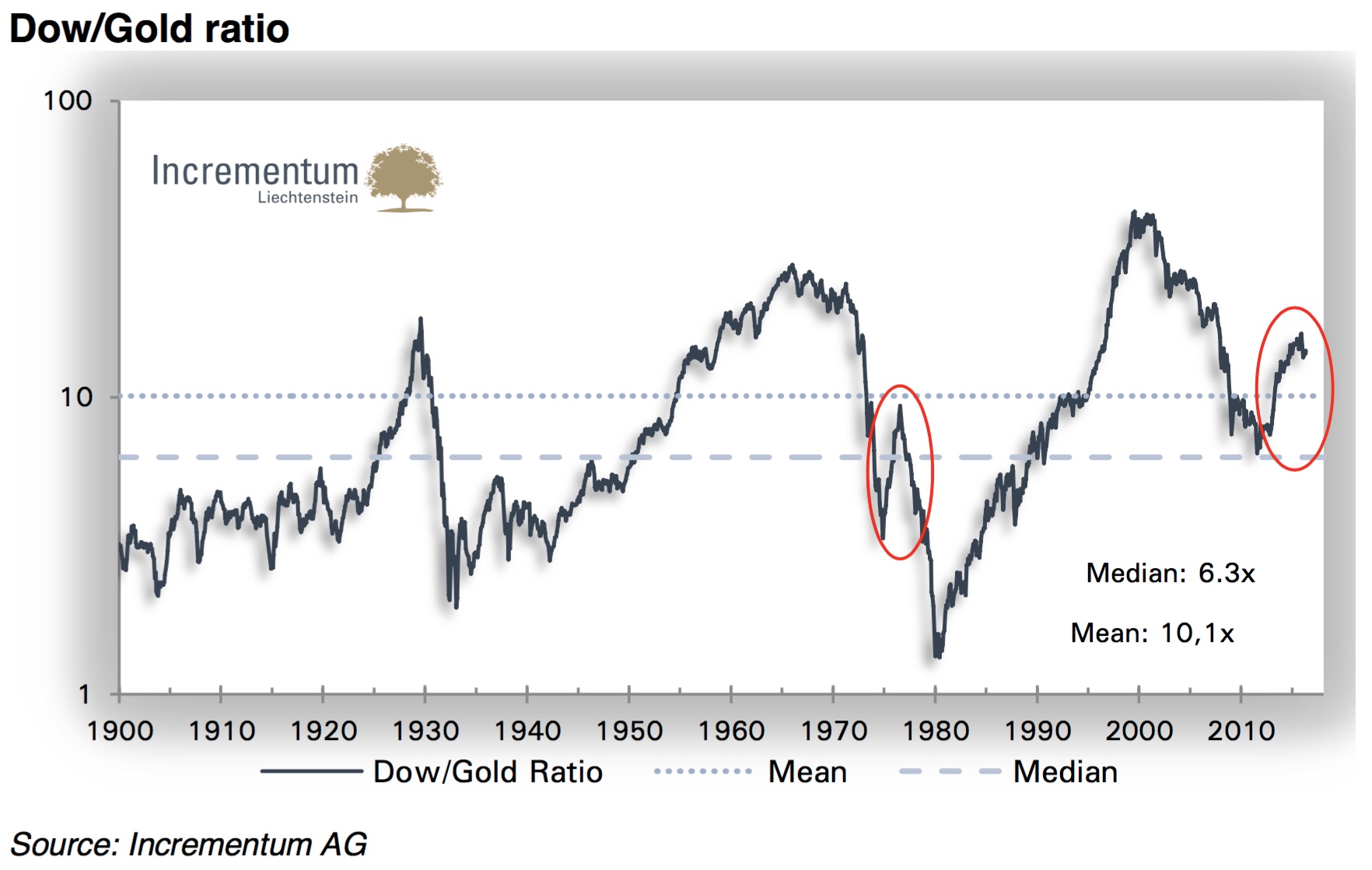 Conclusion:
A return of price inflation is currently off the radar of most market participants. Our assumptions are based on the expectation that an inflationary or even stagflationary period lies ahead, because the measures taken to date cannot lead to a sustainable economic recovery. Should we be proven correct and should gold prices be significantly higher in 2018, this reorientation of prices won’t happen in isolation. We have calculated possible price targets for oil, silver and the Dow Jones Industrial Average based on historical ratios (see jaw-dropping targets below).

This Is Why Gold & Silver Just Reversed Higher