With continued worries across the globe, it appears there is nowhere to hide as turmoil spreads.

Nowhere To Hide
September 6 (King World News) – The following is a portion of a special report from Jason Goepfert at SentimenTrader:  The drip lower in just about everything not focused on the U.S. continues, and has been especially painful for those exposed to emerging markets. The declines in those stocks, bonds, and currencies is approaching or exceeding other crises over the past decade…

All three asset classes have shown persistent declines this year, and each are at or near the yearly lows as well. For stocks, the MSCI Emerging Markets Index has slid into a bear market, which has triggered further losses most of the time as we saw in the August 16 report (reports only available to SentimenTrader subscribers).

If we look at how long it has been since emerging stocks, bonds, and currencies have each been at a high, on average it has been 150 days. In other words, it has been that long that each of them have been declining. This ranks as one of the longer streaks of the past 30 years.

Figures 3, 4, and 5 show how each of the assets have performed after other times when the downtrend streak reached 150 days. This is a longer-term study, and while stocks didn’t do well shorter-term, they did longer-term. Bonds and currencies did even better. 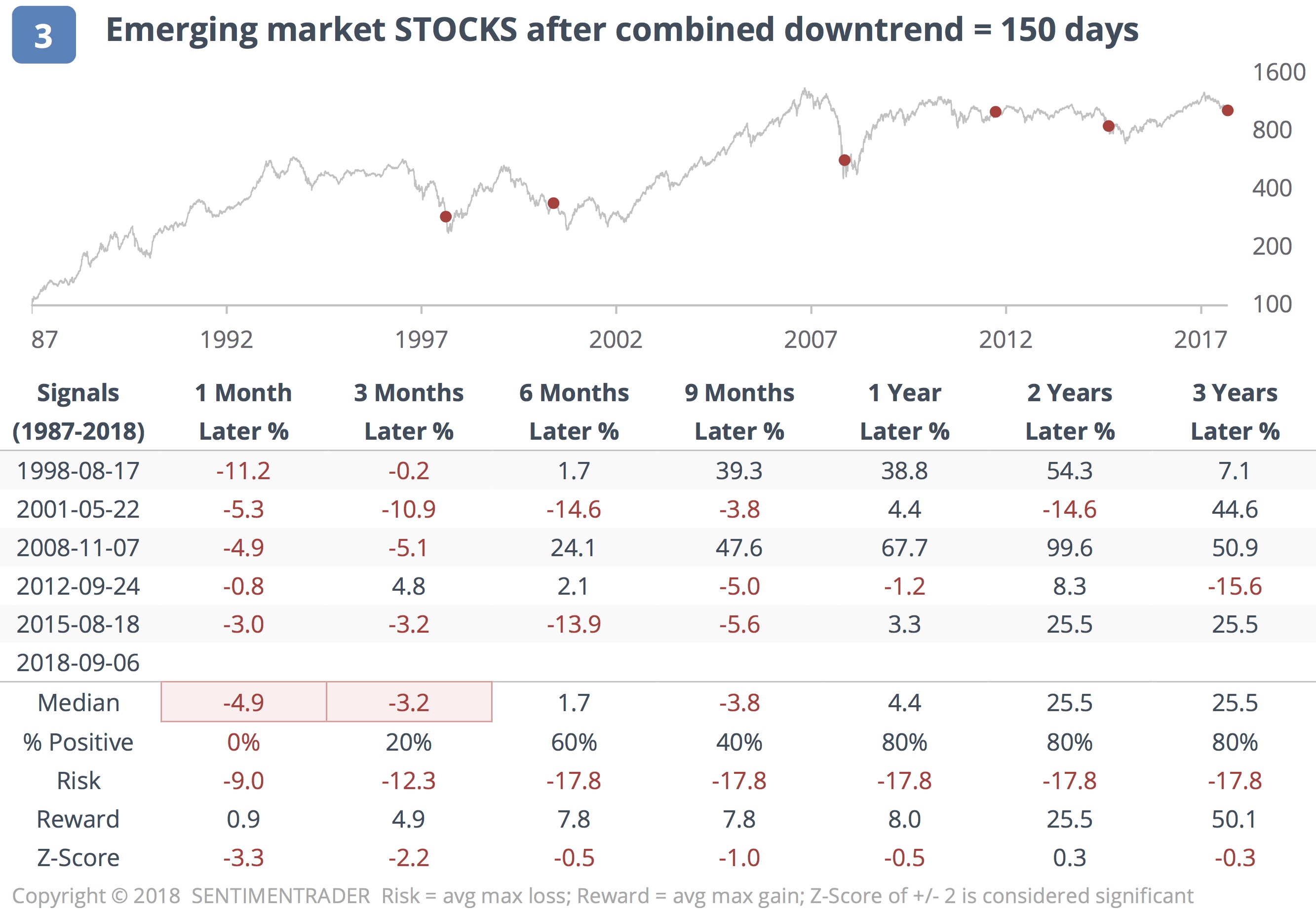 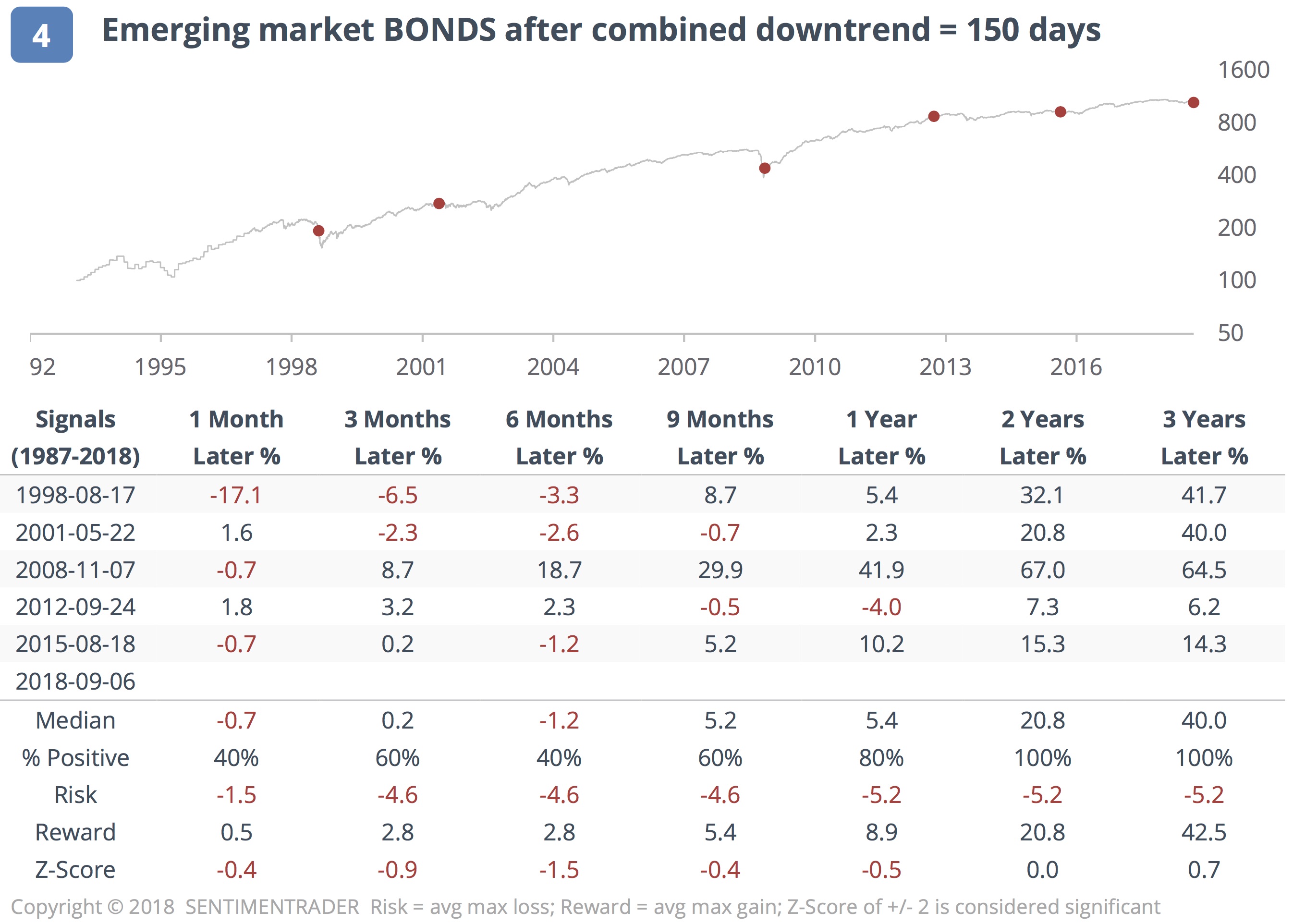 Currencies did well too 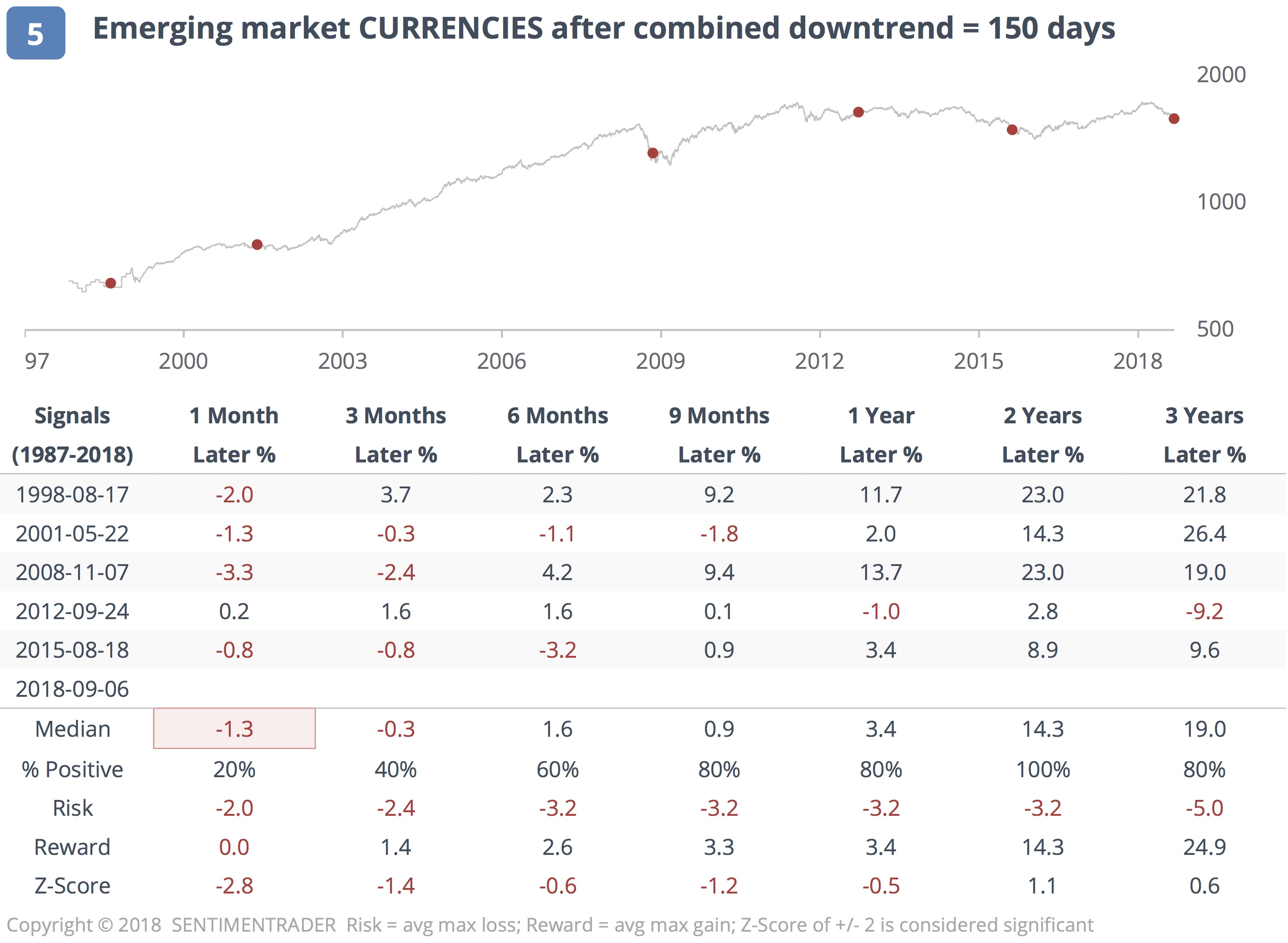 King World News note:  This is another example of why Jason Goepfert is the best in the world at what he does — providing actionable market data.  To subscribe or try a free 2 week trial to the internationally acclaimed work that Jason Goepfert produces at SentimenTrader CLICK HERE.

***KWN has now released the timely and powerful audio interview with legend Pierre Lassonde and you can listen to it by CLICKING HERE OR ON THE IMAGE BELOW.

ALSO JUST RELEASED: As We Near The End Of The First Week Of Trading In September, At Least One Central Bank is “Fearful Of Something” CLICK HERE TO READ.

***KWN has also released the powerful audio interview with Egon von Greyerz and you can listen to it by CLICKING HERE OR ON THE IMAGE BELOW.