As we head into the end of year, one thing has become clear:  World markets are now at historic extremes.  Below are three examples of how distorted things have become as a result of the unprecedented global money printing binge.

Here is just a small portion of Jason Goepfert’s internationally acclaimed work:  "The latest Optimism Index data for commodities shows that optimism dropped the most in the Swiss franc and Euro, both dropping further into excessive pessimism as the currencies sink against the dollar. They have been unable to mount any lasting rallies in spite of what has been several bouts of pessimism. The biggest increase in optimism occurred in the dollar, no surprise, which is staying strong in spite of near-historic levels of optimism (see chart below). 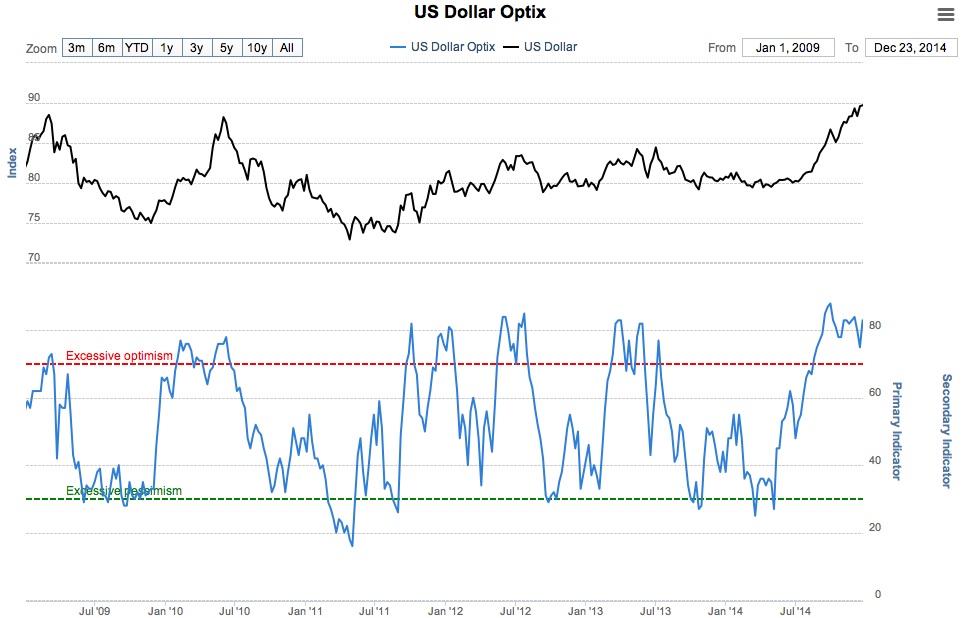 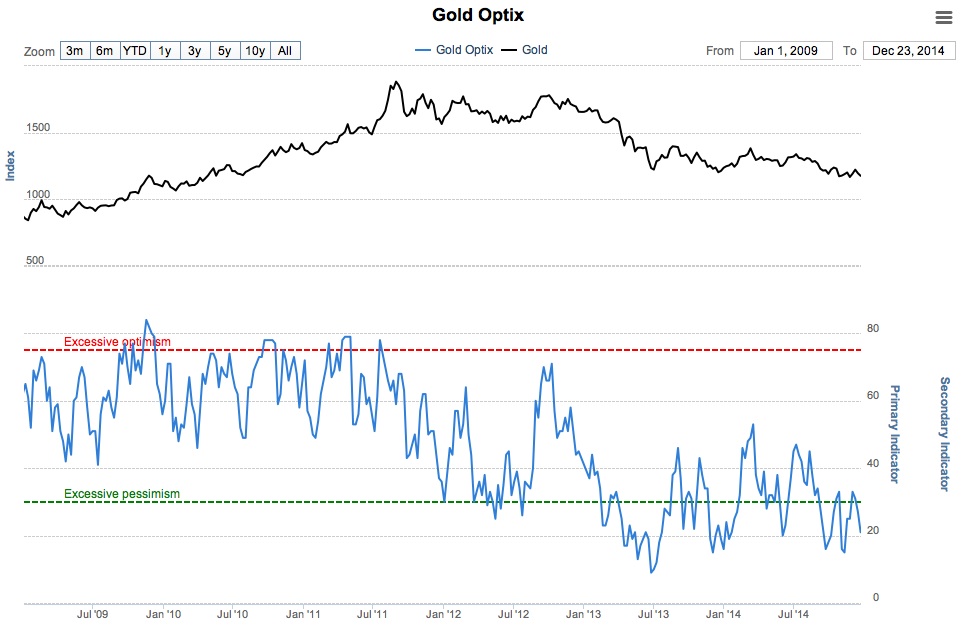 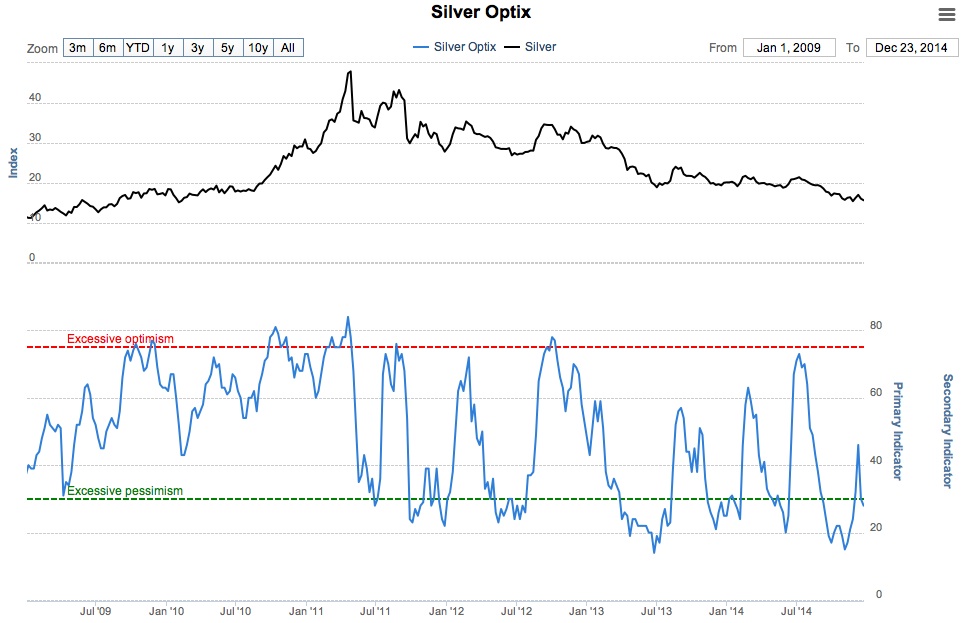 This is just a small portion of today’s fantastic daily report.  To try a free 14-day trial of the internationally acclaimed work that Jason Goepfert produces at SentimenTrader simply CLICK HERE.