Here is a look at gold and silver, debt ceiling and the US dollar, plus one hell of a collapse.

Debt Ceiling And The US Dollar
July 23 (King World News) – Peter Boockvar: The deal on the debt ceiling will be talked about today but markets never cared anyway because they assumed, as they should, that it would get done because it always does. Maybe one day the bond market will care about the exploding deficits and maybe the behavior in the US dollar already does. The euro heavy dollar index today is no higher than it was in March 2015…

Gold/Silver
For those following the move higher in gold and silver, silver continues its run and after hitting the highest level since the early ’90s a few weeks ago, the gold to silver ratio has narrowed to 87 but as seen in this long term chart, that is still well above the 40 yr average of 63. I remain bullish on both.

One Hell Of A Collapse
After seeing improvement in both the NY and Philly manufacturing surveys, the Richmond July survey fell sharply to -12 from +2 and that was well below the estimate of +5. Go back to January 2013 the last time we saw a weaker print (see chart below). 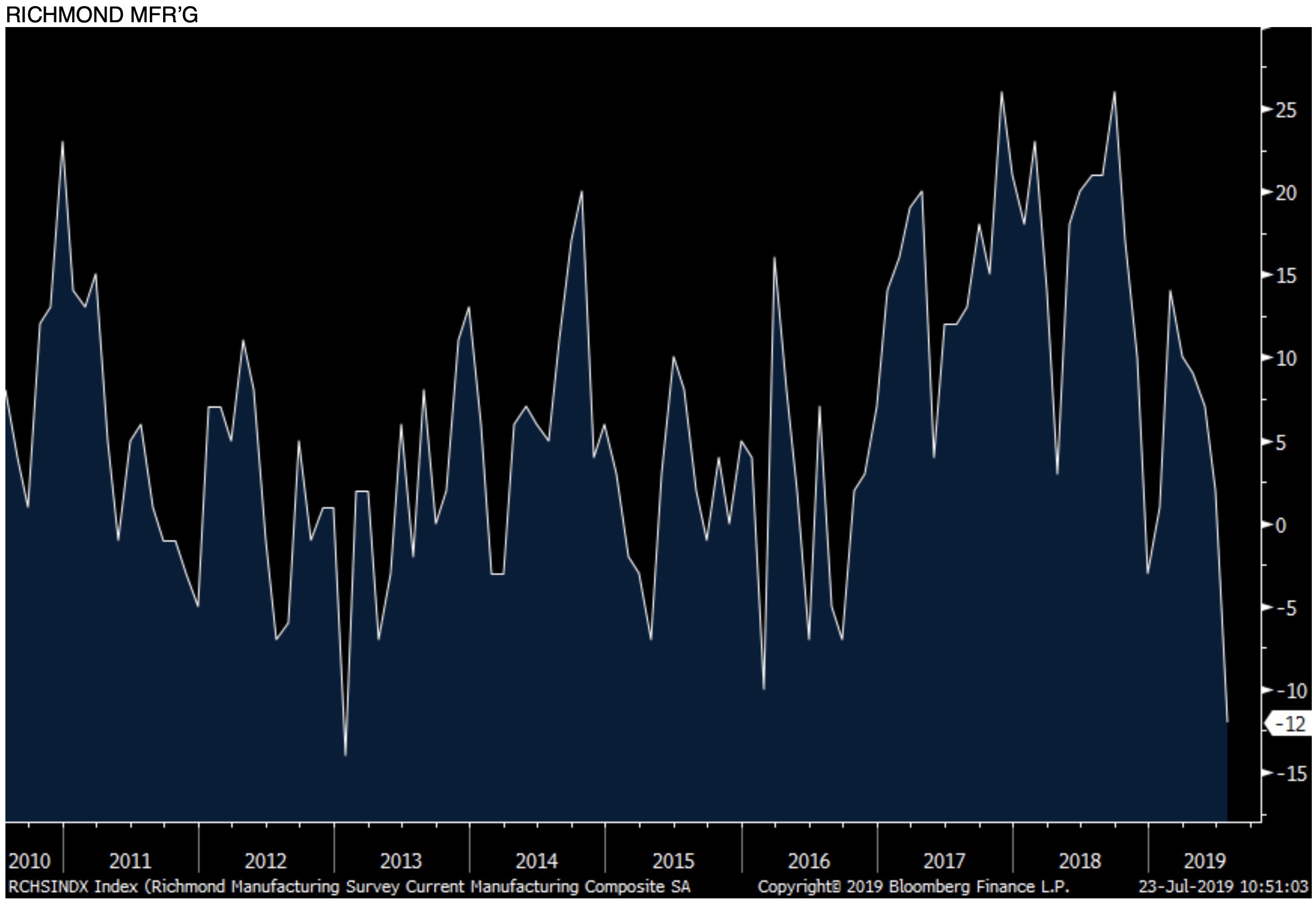 I leave the succinct bottom line to the Richmond Fed, “Fifth District manufacturing activity weakened in July.” As seen below, to the greatest extent in more than 6 years.

Prepare For Large Scale Intervention To Push US Dollar Lower, Plus A Remarkable Look At Gold & Silver And What Will End In Tears CLICK HERE TO READ