Below are some mind-blowing charts and comments on inflation, stocks, the economy, rent, interest rates and gold & silver.

There Isn’t A Hope In Hell
June 1 (King World News) – Albert Edwards, Former Global Strategist at Société Générale:  Of course there isn’t a hope in hell the plumbing or indeed wider financial stability will hold up under the pressure of higher rates and QT. We have seen that in the last few cycles where ‘normalizing’ rates for the economy, breaks the financial system. Good luck trying though…

Sell The Rally
Otavio Costa:  Stocks remain just as expensive as they were at the peak of the Tech Bubble. Wait until retail investors realize that “buying the dip” turned into “selling the rally”.

Stocks Are As Expensive Today As They Were
At The Peak Of The Tech Bubble! 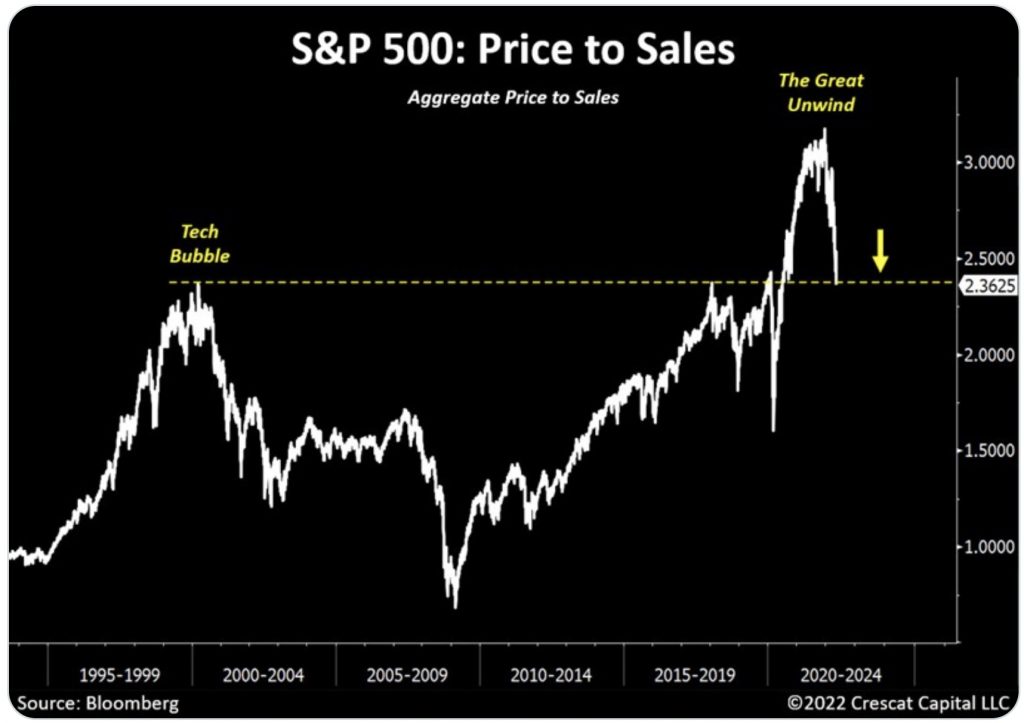 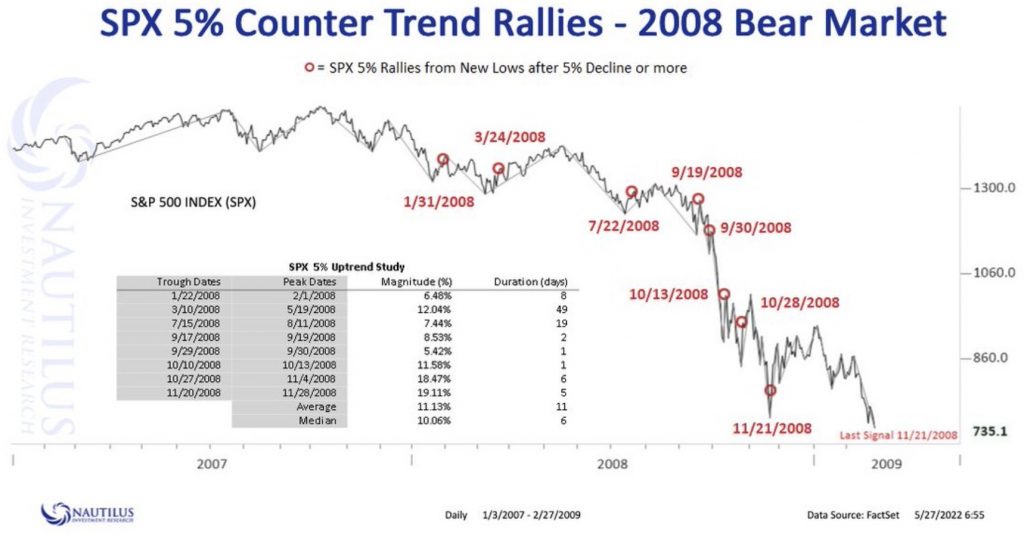 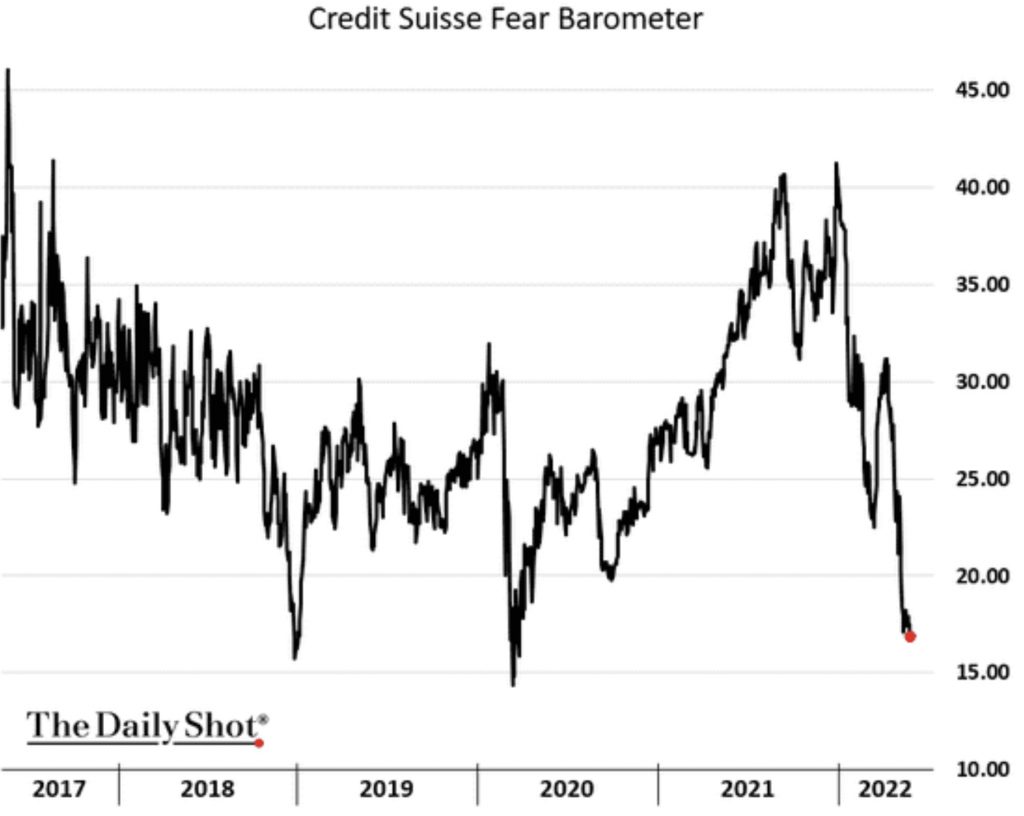 Gold & Silver Turn On Big Volume
Graddhy out of Sweden:  Gold & Silver – that’s what I can an intraday turn, on big volume… 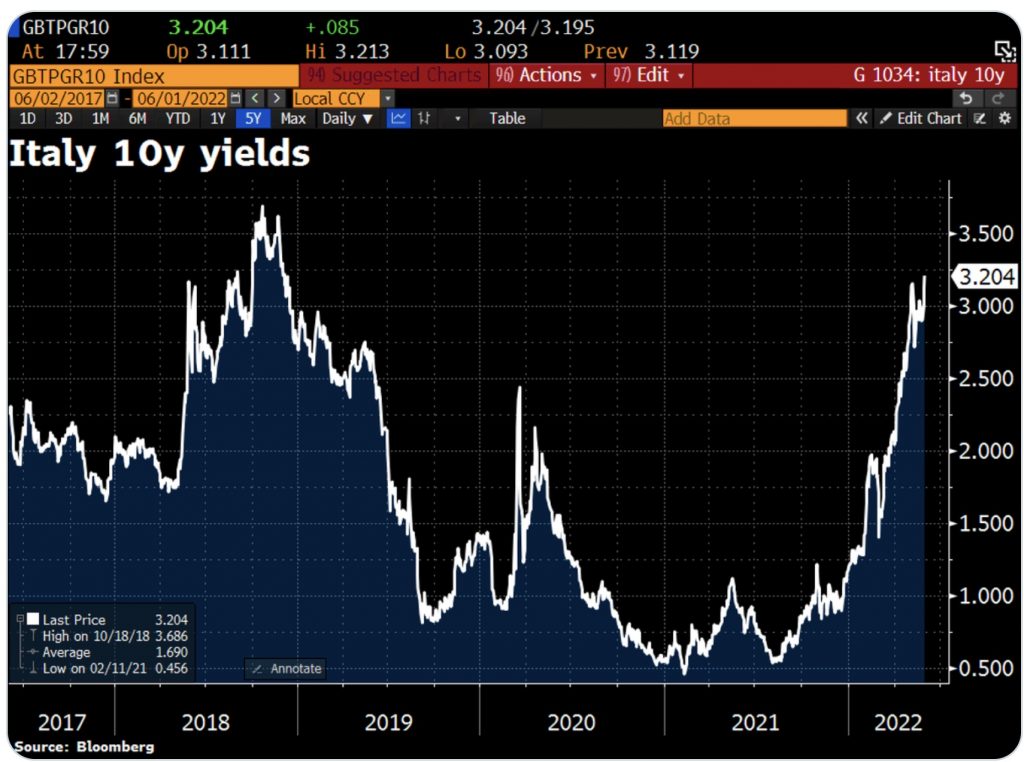 URANIUM: Just Getting Started
Graddhy out of Sweden:  With uranium, we are just getting started really. The real fireworks start above black line. The chart shows that uranium miners have not yet even begun to outperform the uranium price, which is what makes a bull. 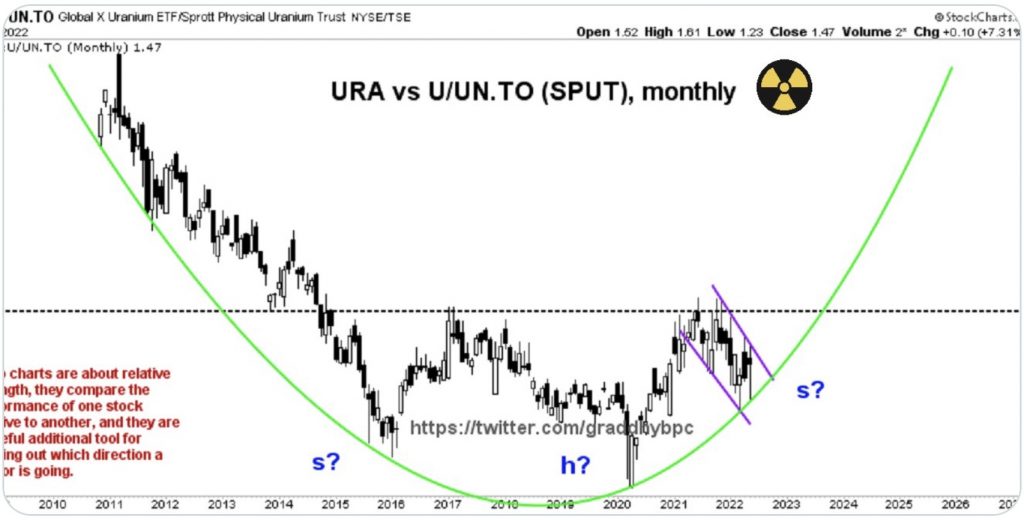 Unsustainable
The Daily Shot:  The gap between home prices and wages continues to widen. This was sustainable when mortgage rates dipped below 3%, but not now. 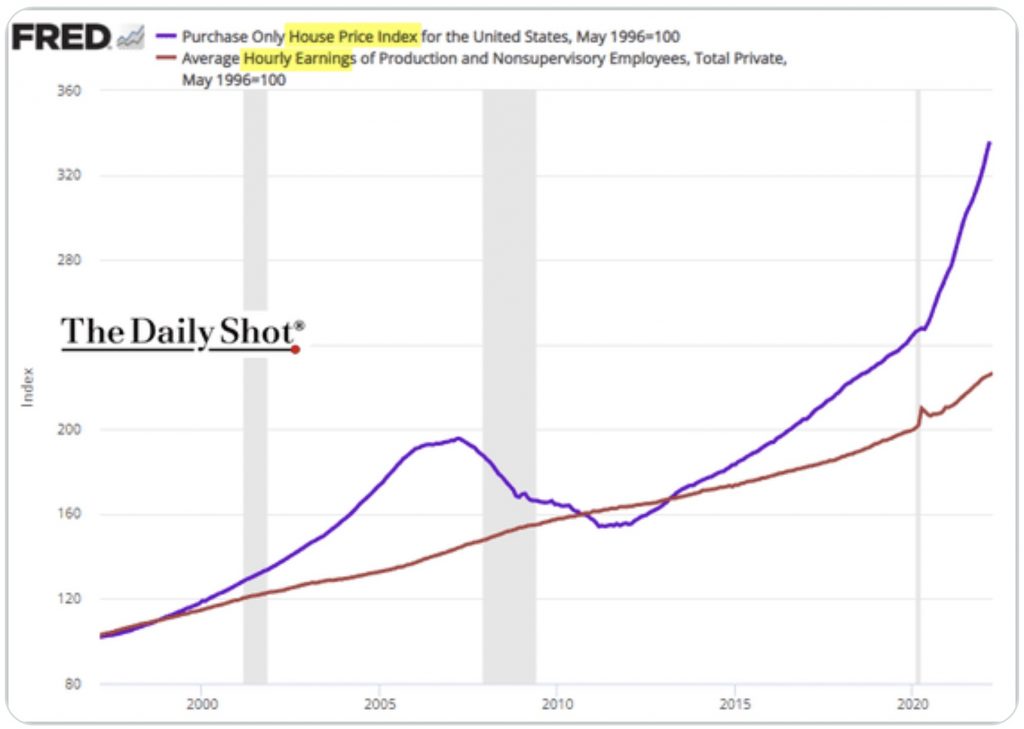 Another Month, Another Record High
Charlie Bilello:  US rents hit another new high in May, up 15% over the last year.

Rents Continue To Surge Across The Country 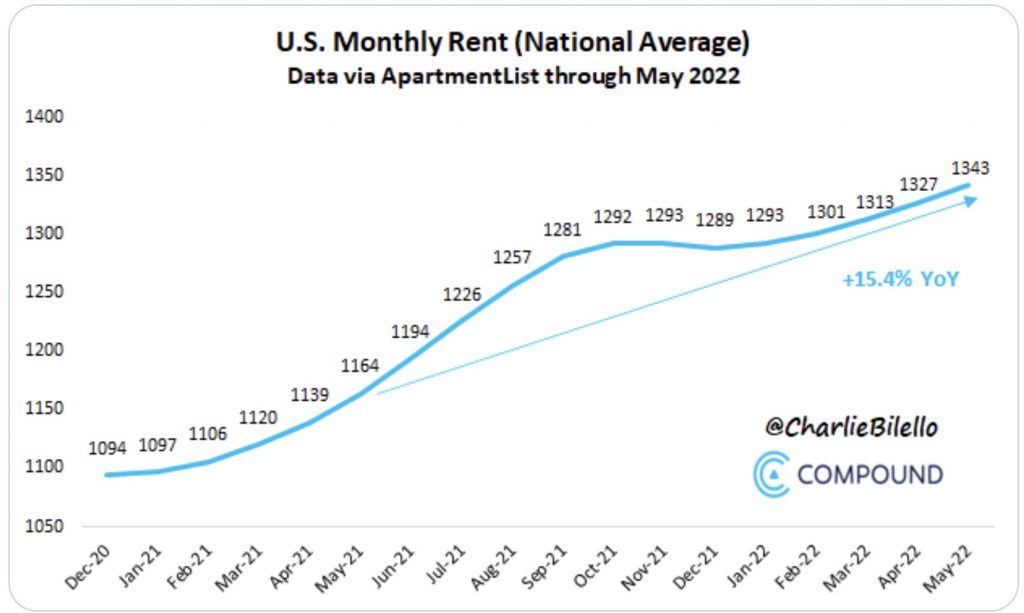 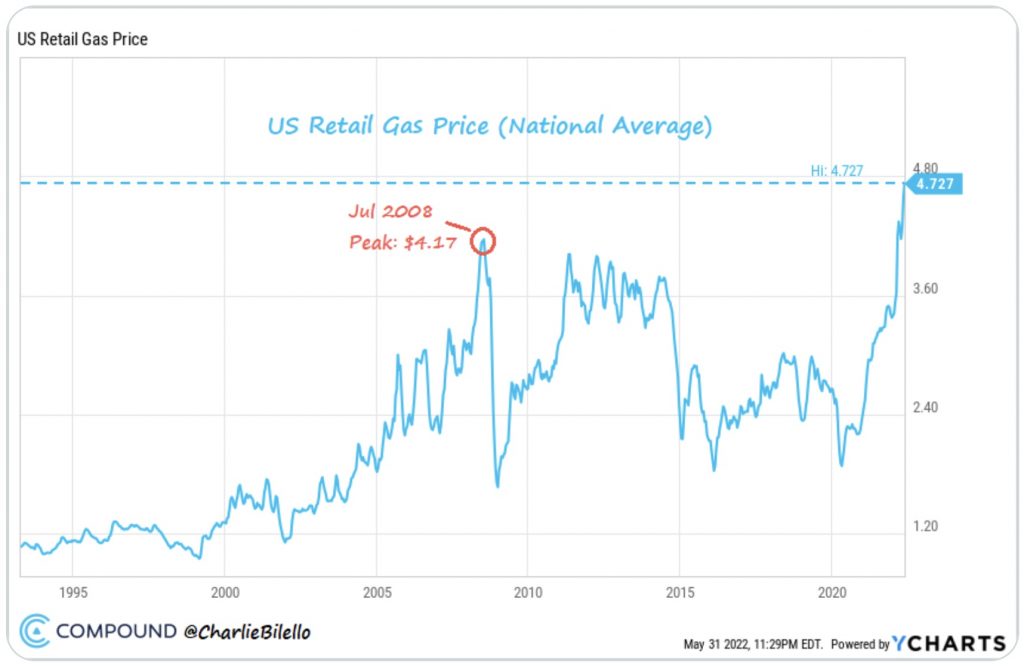 Worst Day In A Decade, Big Trouble For Tapped Out Consumers And More