This piece makes a clear case for unimaginably higher gold and silver prices as things begin to come unglued.

Why US Yields Spiked To 15.04%
March 9 (King World News) – Here is a portion of a note sent to KWN from Lundeen:  In the chart below plotting the US National Debt since 1952, I’ve added the yields for the US Treasury long bond at certain points.  The first was for December 1952, when the US National Debt was only $267 billion with the T-long bond yielding only 2.71%.  In the following decades the National Debt soared to $1 trillion dollars in September 1981, and the bond market freaked out!  Bond buyers were wondering how the US Treasury could ever pay back a trillion dollars; not seeing a good answer to that question the US T-long bond yield spiked to 15.04%. 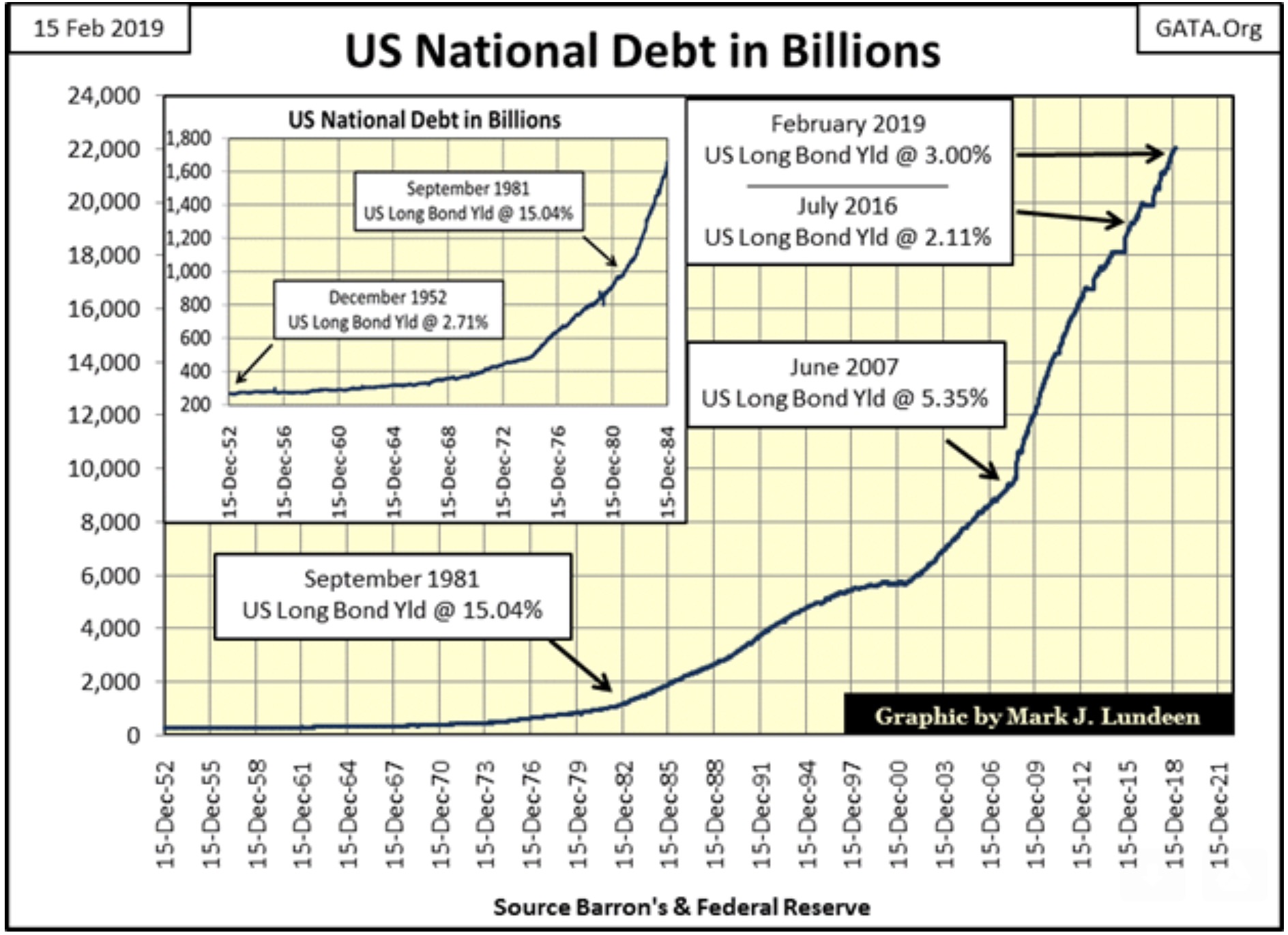 …The current mismatch between price and risk in the bond market is a perfect setup for gold and silver to go to levels few people would believe possible today.  I expect before the coming bull market in gold and silver concludes, we’ll see gold trading for far above $30,000 dollars and silver well above $3000.  How is that possible?  The US dollar is the play thing of Washington and Wall Street.  Before they are through having their way with it they will render it worthless.  At that time only a fool would exchange an ounce of gold or silver for any amount of dollars…

Propaganda Aside, How Is Gold Really Performing?
But we’re years from that point.  People are still trading their precious metals for dollars, pesos, pounds and yen.  So, at the end of the week how is gold doing in the global market place?  Since January 2001 (eighteen years ago) not bad, as seen in the table below. 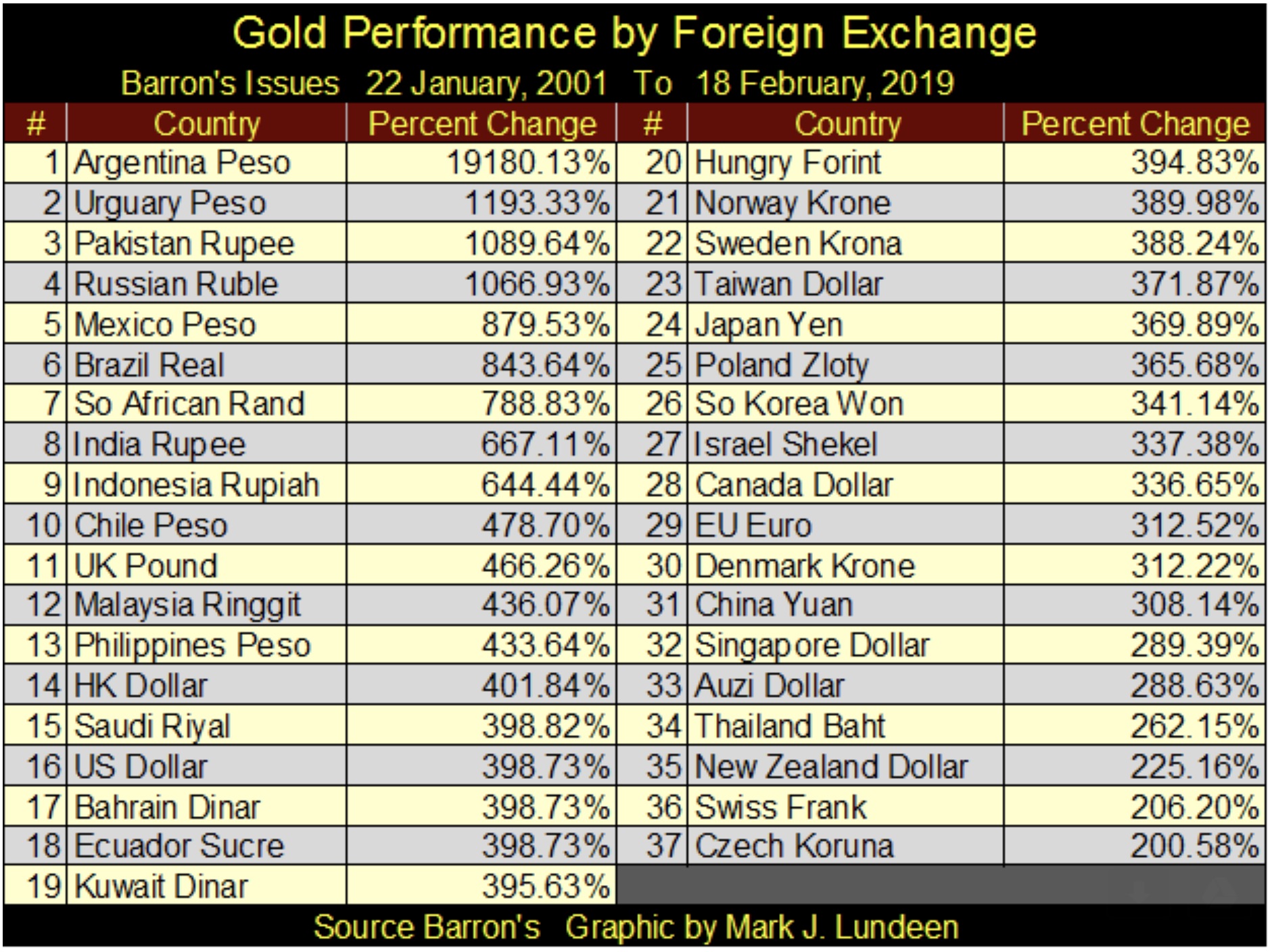 But then gold and silver could be doing a lot better too.  However, considering the thousands of tons of paper gold sold in the paper futures market at the COMEX (promises to deliver  tons of metal that are never kept) the performances seen in the table above are not all that bad either.  In time all this will change. 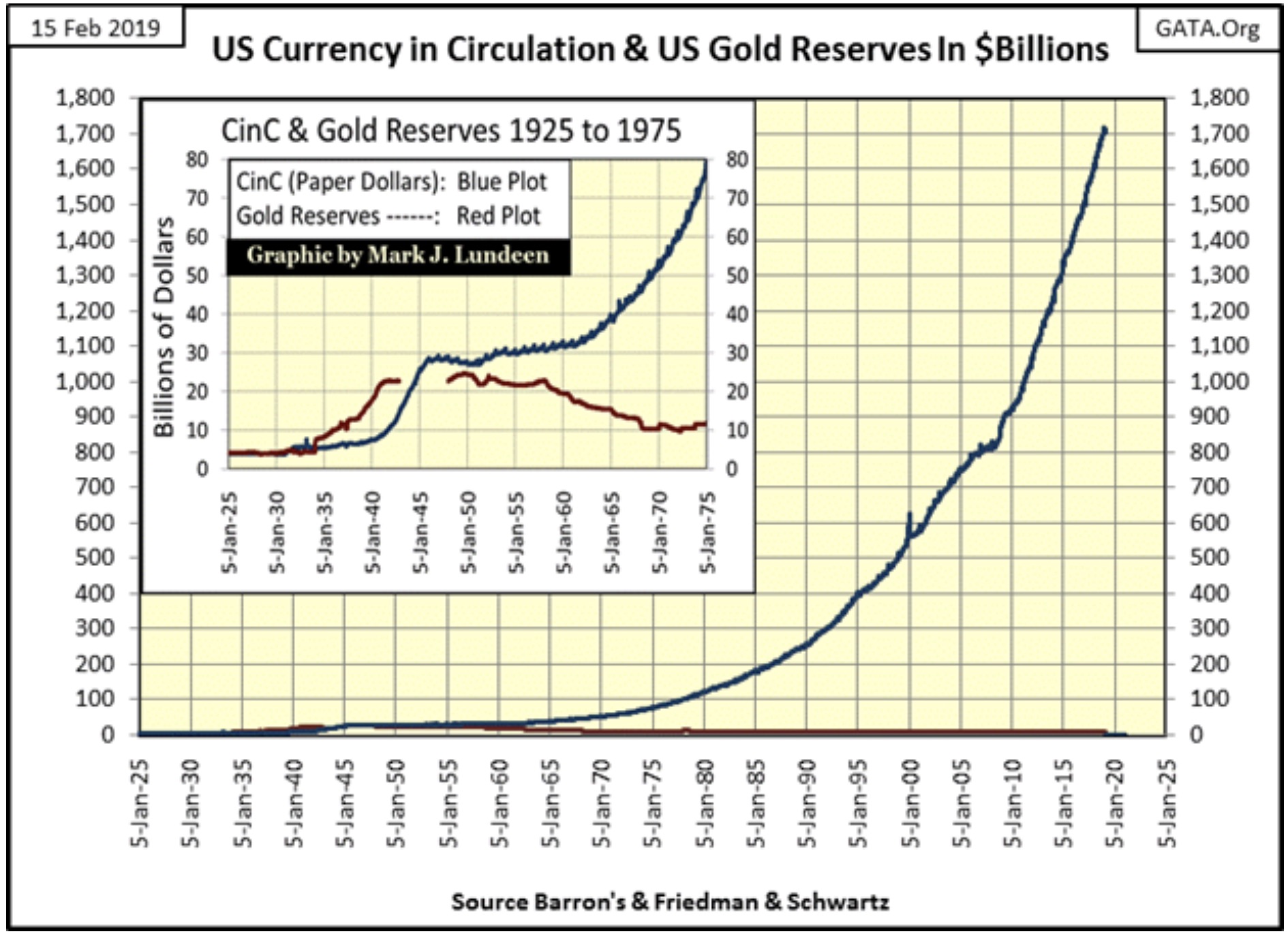 The chart above illustrates why since 1971 the American economy has suffered a continuous train of booms followed by busts, the US monetary system has become a great engine of inflation.

2.   The 1980s saw a monetary bubble inflate in the bond market that is only now slowly deflating, as well as leverage buyout (credit based corporate take overs) in the stock market.

3.   The 1990s saw an inflationary bubble form in the High-Tech NASDAQ exchange.

5.   And the 2010s now has an inflationary bubble in everything – except for gold and silver and commodities.

2020s: The Decade Of Gold, Silver & Commodities
It’s not hard predicting what comes next: the 2020s will be the decade when gold, silver and commodities see a monster bull market as everything financial begins to deflate.

Many people will suffer from the coming deflationary bear market in financial assets.  Take steps to protect yourself and family by acquiring some gold and silver.  Just buy it, and forget about it.  Someday you’ll be glad you did.