On the heels of the recent volatility in gold and silver, Michael Oliver, the man who is well known for his deadly accurate forecasts on stocks, bonds, and major markets, shared with King World News what the real situation in the gold and silver markets is at this moment in time.

On the price chart gold had developed a parallel uptrend channel. It bumped the top end of that projected upper channel line in late 2019, fought for several months just below the channel top, and then in early 2020 overcame it. Yes, there was that brief (several day) downside panic in March 2020, but by the close of that month price had settled back above the channel top. 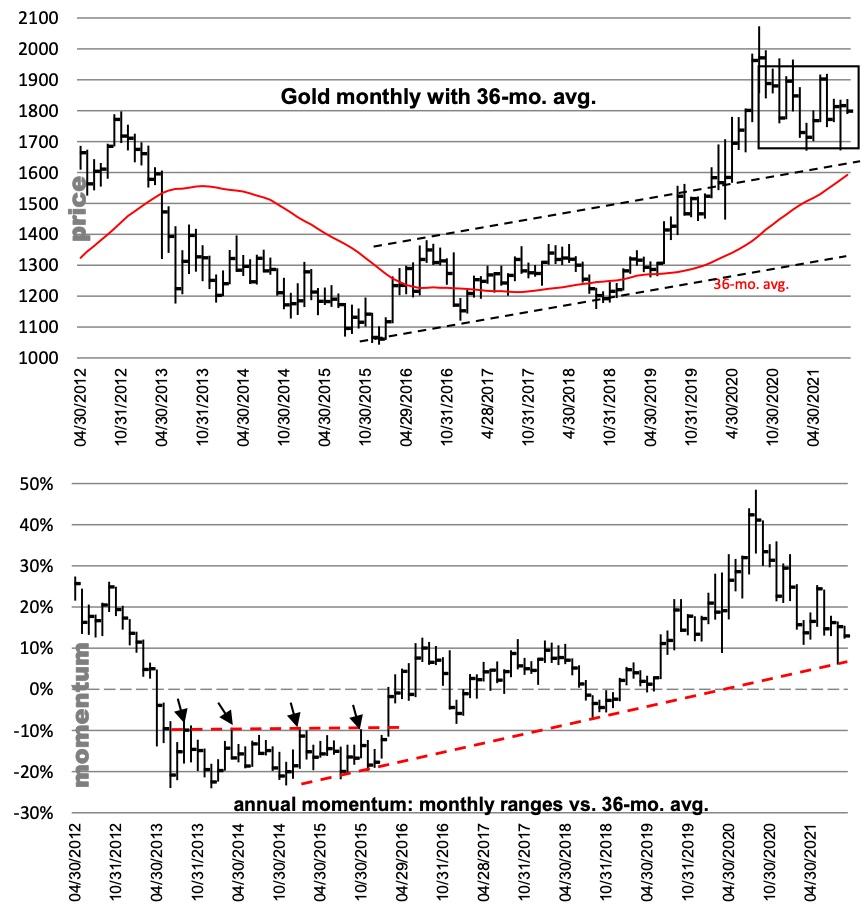 The two recent price drops (March and August) did not utilize that channel top as support. Instead, the action has lived mostly in a range of up-down action—a range that began about a month after the August 2020 high. Current action is approximately in the middle of that range.

We noted in our August 8, 2021 report that the in-the-dark futures collapse/selloff that day had dropped annual momentum down to an immature or developing structure.

That touch on the red line on momentum lasted only a few minutes before a serious upturn began.

That line was defined by the late 2015 lows and the summer 2018 low, two points. If we see action continue to hold above that line and especially gain ground over a span of time, then we’ll have a more developed structure worthy of the term: then it will be a three-point uptrend. An example of a developed structure is noted by the momentum action between mid-2013 and early 2016. Four failed rallies at 10% below the zero line. In the first days of February 2016 that mature structure was broken above as price moved into the $1140s.

Silver: Annual Momentum Update
Price action developed a very gradual parallel downtrend channel from 2014 to summer 2020. It was defined by several peaks along the channel top and several along the bottom. A breakout above that channel occurred coincided with annual momentum registering a triple-top breakout when it reached 20% over the 36-mo. avg. 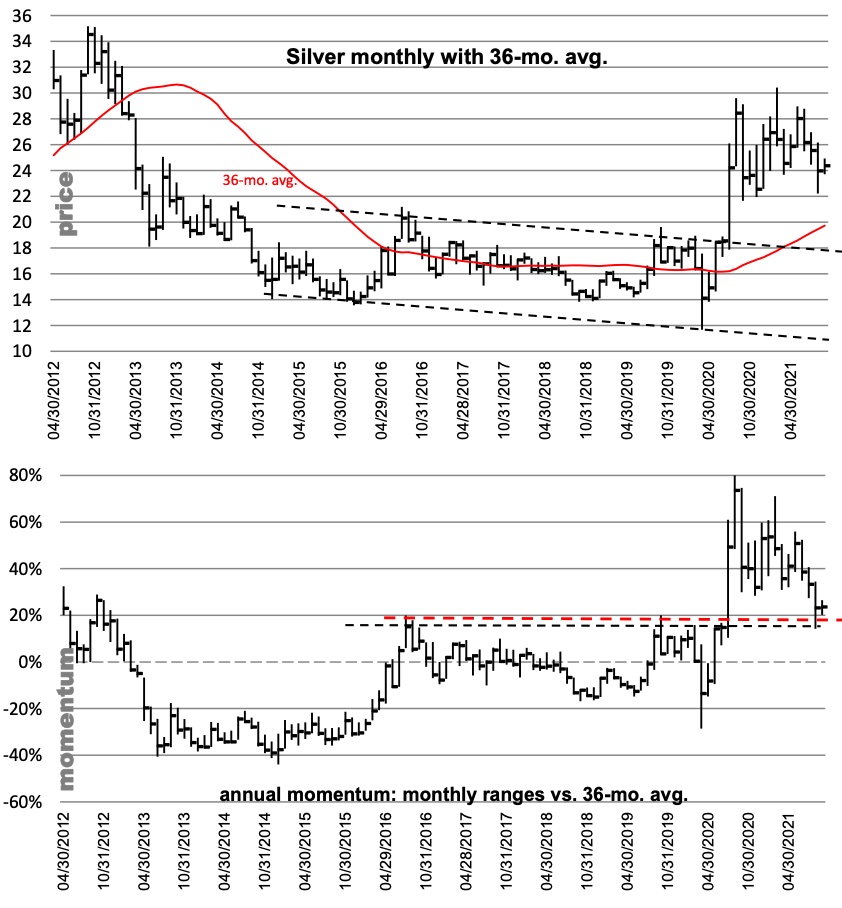 Price advanced 50% in the next three weeks. And then silver price went into rangebound congestion. For annual momentum that stalled price action allowed momentum to correct from excessively strong upside readings, and with last month’s action to finally tap back down to the top end of the prior momentum range, the upper end that was just below 20% over the zero line (noted by the red horizontal). The black horizontal is plotted through peak monthly closes from 2016 to summer 2020.

With gold and silver’s annual momentum still in a positive trend (albeit having corrected), our attention is on the other long-term metric—quarterly momentum (charts in the weekend report). When that metric turns up, it will rejoin annual, which remains positive.