The bullion banks have increased their gold short positions to a staggering $35.5 billion. 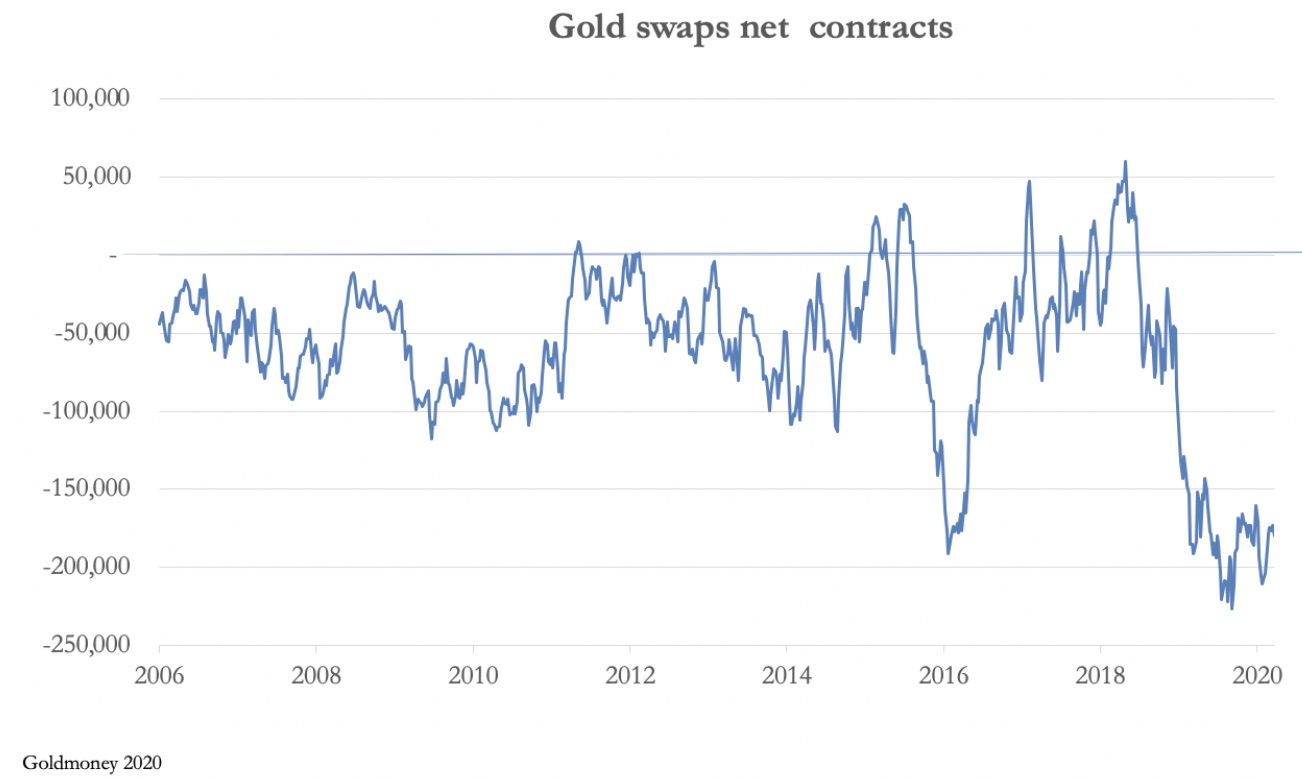 It can be seen this is still an extreme position for the bullion banks, worth $35.35 billion at Tuesday’s close. The unanswered question is how can they possibly square their books?

The Managed Money category (hedge funds) have increased their net longs by 10,893 contracts through a combination of more longs and fewer shorts, but they are still less net long than the long-term average, and their gross longs are only 39% of the speculator category total, when they are more normally over 50%. This is our next chart.

Standing For Delivery
It is the Other Reported Category (which are reported trades that do not fit into the two non-spec categories or Managed Money) that is now the dominant sector on the speculative side. This can be a mixture of HNWIs, non-banks and foreigners through Globex. Longs standing for delivery are likely to be in this category.

Conclusion
The bullion banks are still in trouble on Comex, with the hedge funds not yet net long enough to be whipsawed. Additionally, there is the danger that hedge funds could increase their net long positions from here, putting greater pressure on the bullion banks.

We don’t have enough confirmation that gold prices will rise immediately, though they do appear to be well supported for the moment. I guess that we might see some fireworks around the time of the September FOMC meeting and minutes on 15-16 September.

GOLD BULL ALERT: What To Expect Next For Gold After Yesterday’s Plunge Ended One Of Gold’s Longest Streaks In 4 Decades