By Michael Oliver, MSA (Momentum Structural Analysis)
October 22 (King World News) – Most MSA reports are usually far more specific in their analysis than this report. We’ve assessed gold’s recent decline in several reports, and so far the week-by-week stabilization and upturning action is in line with what we expected. Gradual and in layers…

Michael Oliver continues:  Here we refresh the larger vista. This report is a long-term refresher of the annual momentum trend context.

In February 2016 the momentum readings moved up through our pre-defined momentum breakout level (circled on momentum and its comparable level on price at $1,140 to $1,160). (See February breakout circled on the chart below). 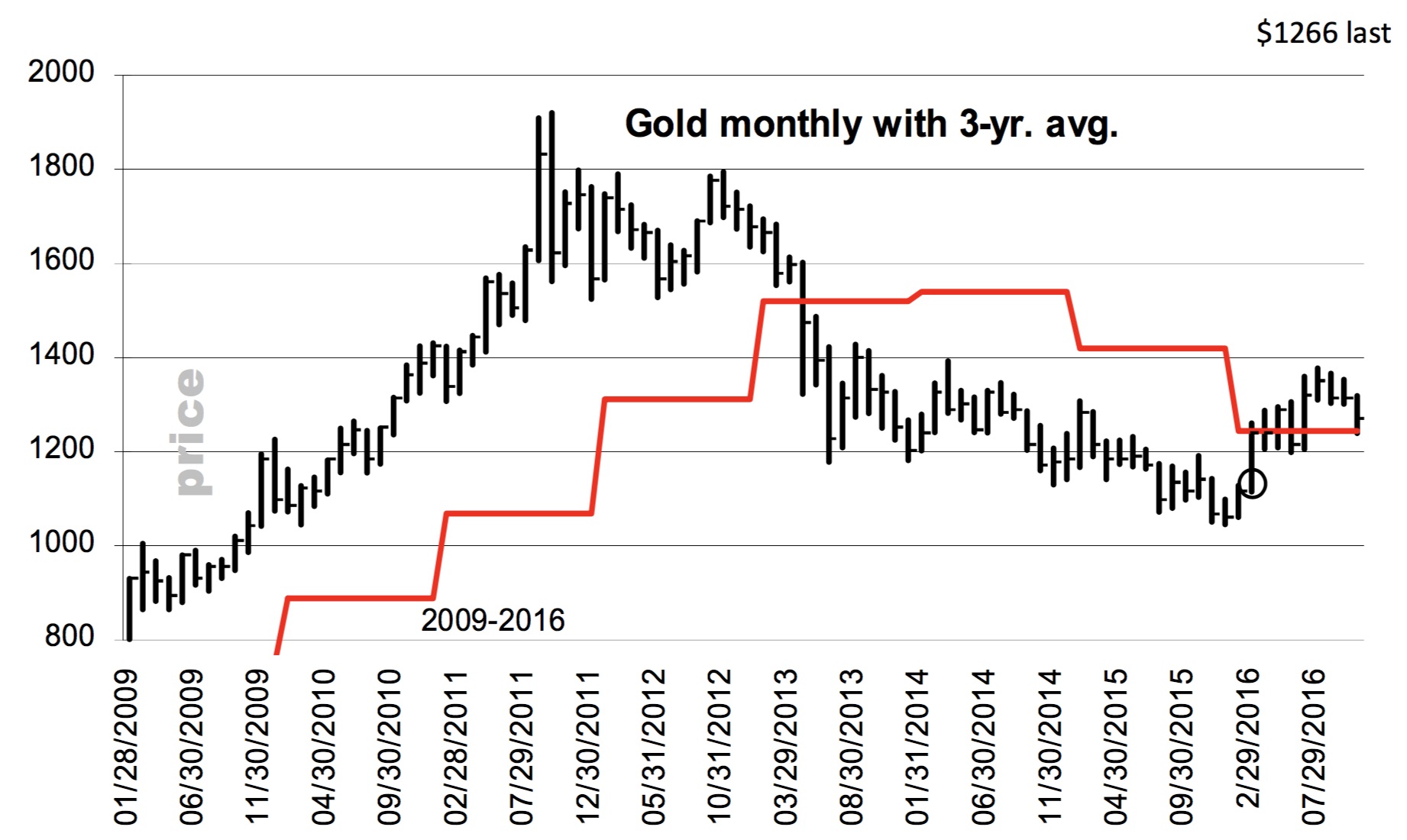 The pullback of the past few months has retraced to a secondary layer of contention, the 3-year average/zero line. There was some fighting from late February through May on either side of that average. The 3-year average is $1,244 (see red line on right hand side of the chart above).

We have generally expected that gold would gel around current levels and then resume the first leg (of several to come) to resistance at the red horizontal. In price terms reaching that first momentum resistance line this year or next (the 3-year average won’t change much for 2017) means price in the upper $1,400s at least (see red dotted area on the chart below). 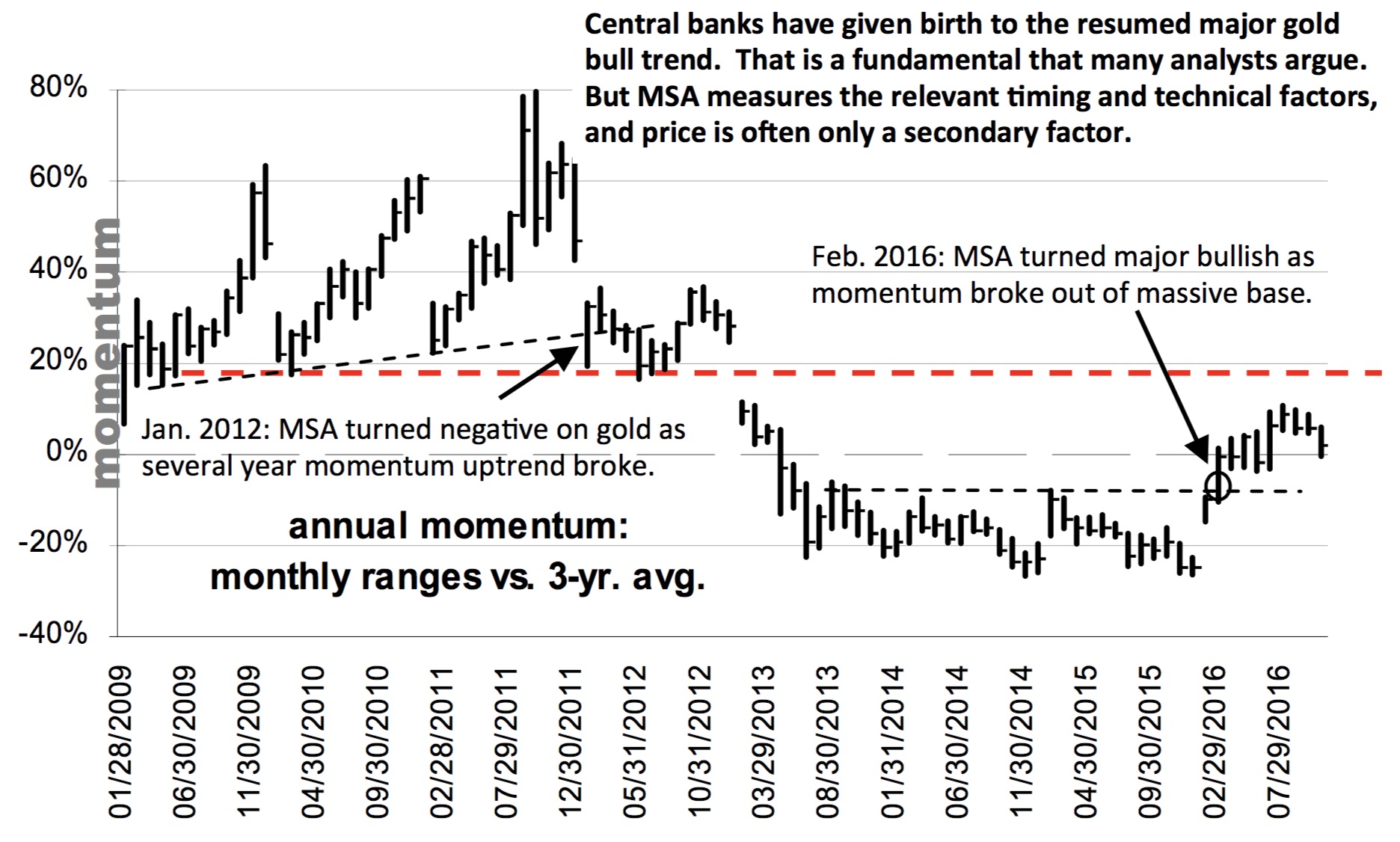 Michael Oliver concludes:  We suggest that gold bulls restrain their price chart-based fears and pause to take in the larger positive technical vista.

***KWN just released the remarkable audio interview with Jean-Marie Eveillard, the man who helps oversee $90 billion, and you can listen to it by CLICKING HERE OR ON THE IMAGE BELOW.

***ALSO RELEASED:  Jean-Marie Eveillard Oversees $90 Billion Warns This Might End Badly And There Is A Possibility Of ‘Extreme Outcomes’ CLICK HERE.