For those looking for a major gold bull catalyst, top Citi analyst just predicted the US Dollar Index is going to crash below 70.

Yikes! US Dollar Index Set To Collapse In Coming Years
December 5 (King World News) – Top Citi analyst Tom Fitzpatrick:  “The third major up cycle in the US Dollar Index since the end of Bretton Woods appears to be over. While the timeframes of the cycles have been consistent over the last 45+ years, the magnitude of the up move of this cycle has been less than the prior cycle, which itself was less than the cycle before (see chart below).

US DOLLAR HEADED LOWER: US Dollar Index Peaked After 8 Years And 10 Months, Just Like Previous Cycle High In 2001

Expect A 7 Year Decline In The Us Dollar Index
After the prior peaks in 1985 and 2001, we began a seven year decline that saw the US Dollar Index set a lower low than the prior cycle…

Tom Fitzpatrick continues:  “A repeat would suggest a fall that might eventually take the US Dollar Index below 70 around (the year) 2024.  We view the move up from the February 2018 lows as corrective in nature and expect that 2019 may see the downtrend resume (see chart below).

Twin Deficits Set To Crush The US Dollar! 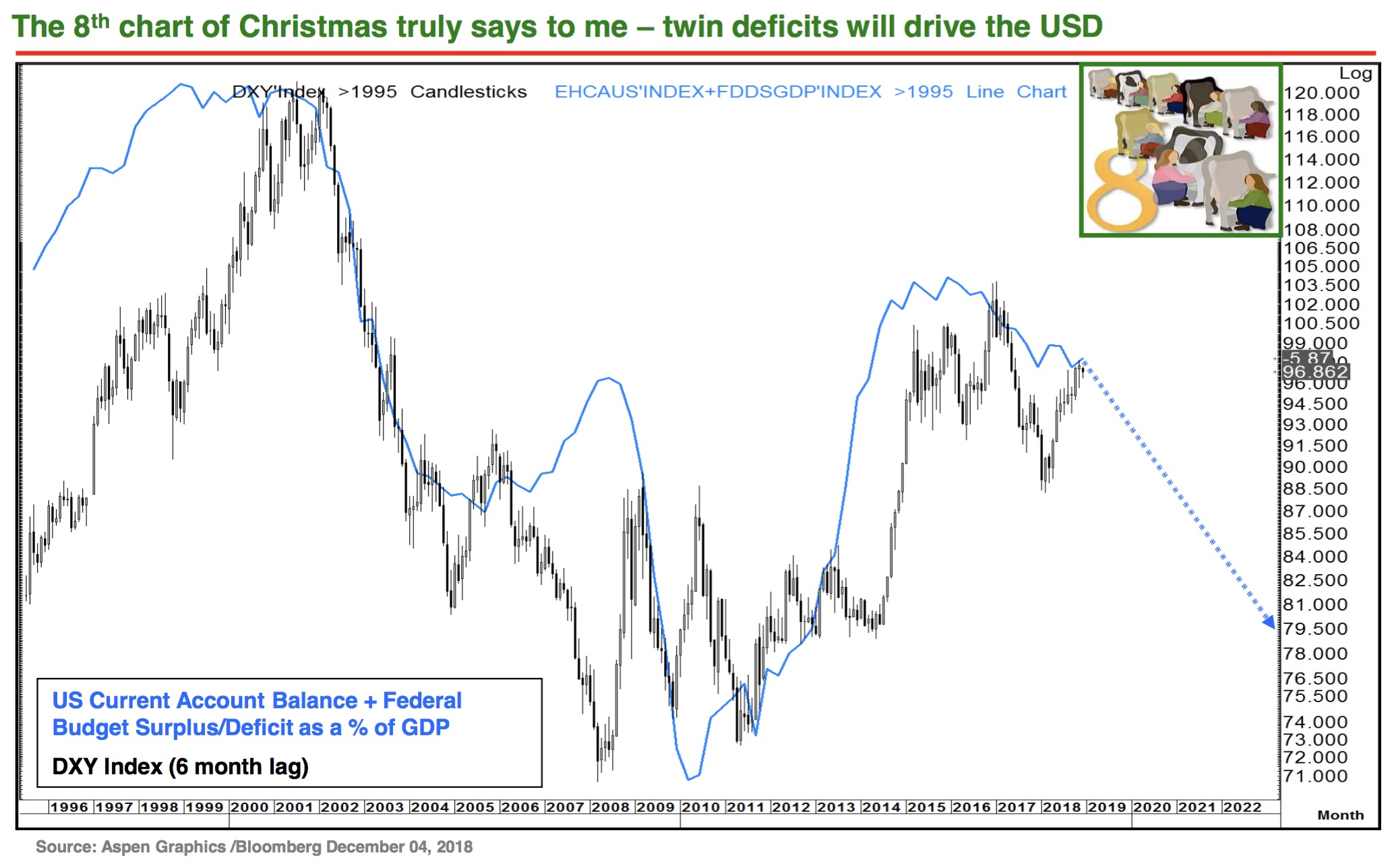 Twin Deficits To Crush The US Dollar
The twin deficits (current account deficit and budget deficit as a percent of GDP) has historically been a long-term driver for the US Dollar. It looks set to deteriorate substantially in the next few years.  Citi Economics expects twin deficits of -10.3% by 2022.  This suggests significantly worse deficits in the coming years and in our view a weaker US Dollar.”

King World News note:  The onset of the bear market in the US dollar marks the beginning of the next leg higher in the secular bull market in gold.  As the deterioration of the US dollar worsens in the coming years it will be one more contributing factor to the price of gold breaking to new all-time highs above $2,000.  For those accumulating physical gold and silver as part of a wealth preservation plan, do not try to time the markets.  Instead, simply purchase physical gold and silver at the same time each month or quarter.  You will be glad you did in the coming years when the cyclical bear market in the metals will be a distant memory.