Here is a look at the biggest 1-day shift since 2009, a massive gold catalyst, tick-tock, buy more stuff, plus one heck of a bullish gold forecast.

One Heck Of A Bullish Gold Forecast
September 10 (King World News) – Holger Zschaepitz:  “Citi says Gold to be, stronger for longer’ and may top $2,000/oz in the next year or two, citing lower for longer nominal and real interest rates, escalating global recession risks, exacerbated by US-China trade tensions and heightened geopolitical rifts. (See below).

Not Yet “To The Moon”
Ole Hansen, Head of Commodity Strategy at SaxoBank:  “Following several “to the moon” comments in recent weeks Gold once again does what it is very good at: Frustrating an elevated long. Support at $1450/oz. Weakness driven by rising US yields (10-yr at 1.65%) with US-China trade hostilities on hold until Q4. (See below).

Not Yet “To The Moon” As Gold Longs Endure Pullback
Support At $1,450 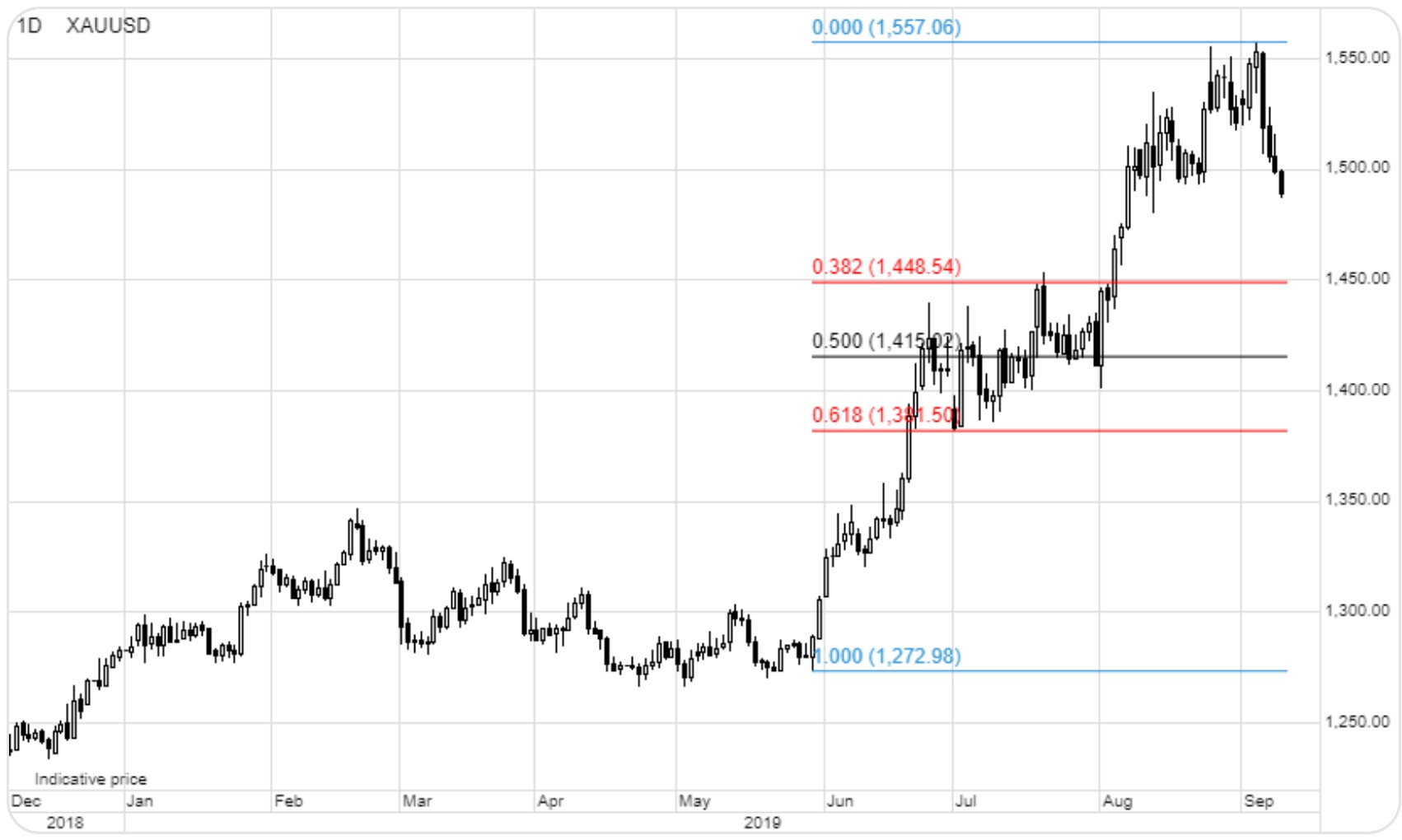 Hedge Funds Love Gold
Jeroen Blokland:  “Not the best chart if you are a gold bull. Hedge funds have increased their net long positions to a record-high! (See below).

What A Joke
Sven Henrich:  “This cycle: Debt/GDP to 110% producing the slowest economic expansion in history, with the greatest wealth inequality in our time, with half the population w/o safety nets in low paying jobs & no job security & 78% living paycheck to paycheck. But let’s pat ourselves on the back…

Buy More Stuff!
Frederik Ducrozet:  “Shadow budget” has a nice ring to it. Call it whatever you want to save face, as long as YOU BUY MORE STUFF.

Wow!
Jason Goepfert at SentimenTrader:  “The best stocks today (Monday) are the ones that have been the worst YTD. And it goes right down the line. This is the biggest 1-day momentum shift since 2009. (See below). 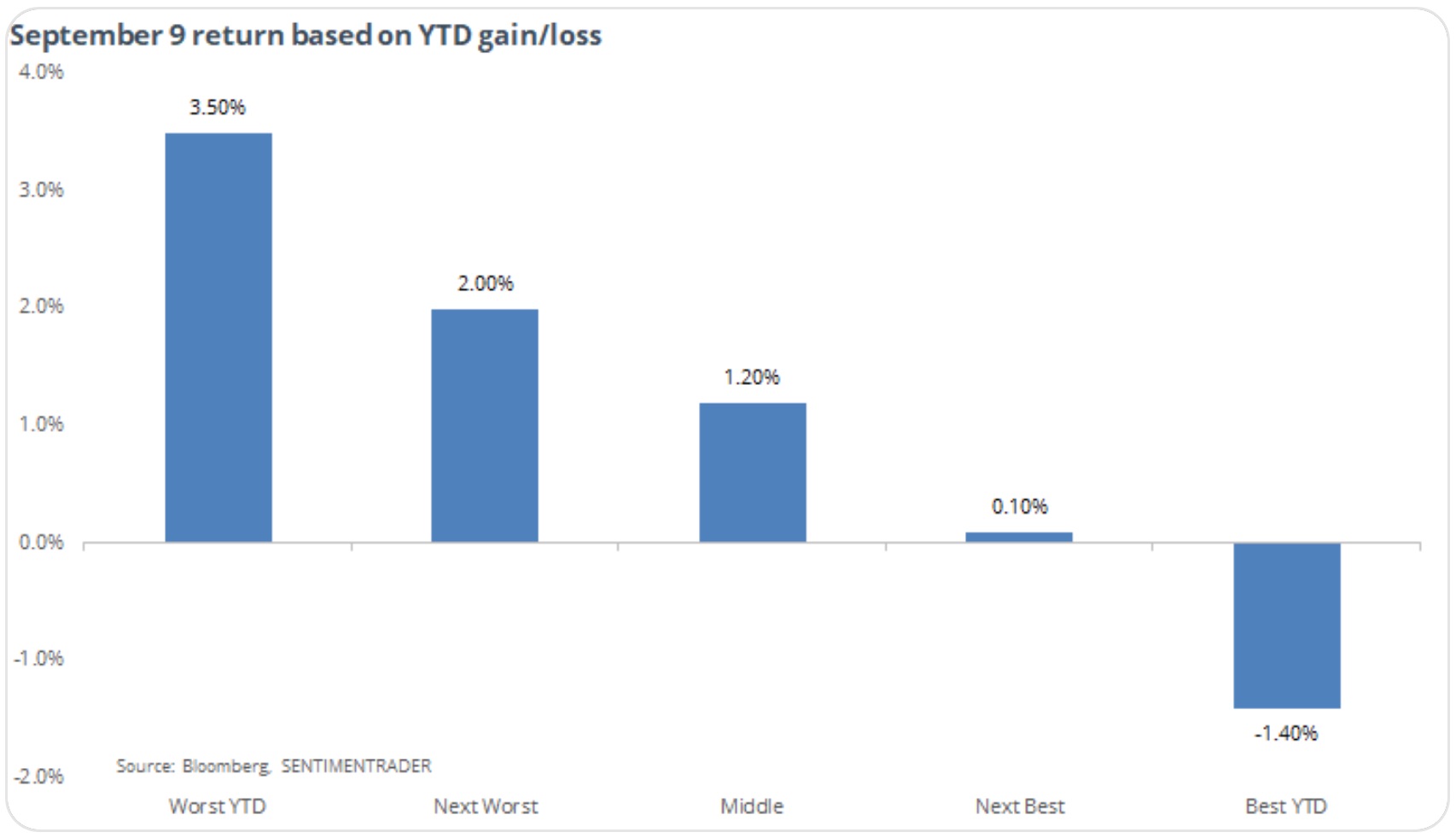 Audio interviews will resume this week on KWN
after the brief end of summer break!

Key Update On The Gold Market CLICK HERE TO READ