The top trends forecaster in the world just announced a trend alert for gold and the Fed! He also discusses the unprecedented moves by central banks.

March 16 (King World News) – Gerald Celente – Once upon a time, in a pre-smartphone and Facebook Age, workers of the world with a little extra cash did what the millennial generation would never dream of and probably never heard of. They’d deposit their money in savings accounts or buy certificates of deposit…

Gerald Celente continues:  It was a virtually risk-free move that guaranteed a modest return on investment.

Those days are gone.

By instituting monetary policies that never existed in the history of the republic, the Federal Reserve Bank’s zero interest-rate policy and three rounds of quantitative easing not only destroyed true market-price discovery, it robbed Main Street savers to enrich Wall Street gamblers. 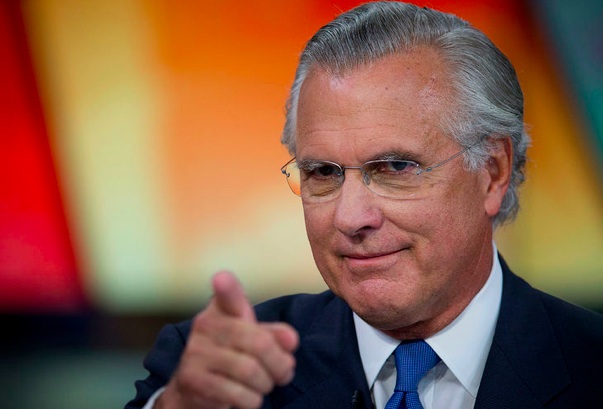 “We Injected Cocaine And Heroin Into The System”
Indeed, Richard Fisher, president of the Federal Reserve Bank of Dallas from 2005-2015, has criticized the Fed’s bond-buying spree that swelled its portfolio to more than $4 trillion and its ZIRP as tools that enriched the rich and squeezed the middle class. “What The Fed did, and I was part of it, was front-loaded an enormous market rally in order to create a wealth effect… and an uncomfortable digestive period is likely now,” Fisher declared in early January.

Appearing on CNBC last week to celebrate the onset of the 200 percent great stock market Bull Run that began in 2009 as a result of Fed policy, Fisher said, “We injected cocaine and heroin into the system” to juice the markets during the financial crisis and “now we are maintaining it with Ritalin.” Fisher also warned (and we concur), that “The Fed is a giant weapon that has no ammunition left.”

Heroin and cocaine! Injecting two illegal monetary drugs that have destroyed free and fair markets to keep Wall Street money junkies high at the cost of working men and working women left without a place to safely save a dime!

Beyond the US, the War on Savers has become a world war. Sweden’s Riksbank was the first central bank to go negative in 2009, followed by the Danish National Bank and Swiss National Bank. This past January 29, the Bank of Japan instituted its new negative interest-rate policy. Last Thursday, the European Central Bank cut its deposit rate deeper into negative territory.

Trend Forecast
Trend Forecast: For investors interested in gold, the great criticism from the financial world has long been that gold yields no interest. But now, with interest rates among developed nations in negative or near-low territory, holding cash yields nothing. Thus, that argument for owning gold no longer holds.

As trend forecasters (we do not provide financial advice), we maintain the negative interest-rate scheme that has become the new abnormal ultimately will not revive sagging economies but will instead further devalue related currencies. Thus, we remain bullish on gold as a safe-haven asset in a climate of currency and market turmoil. And we maintain our forecast that gold must remain steadily above $1,200 to reach its next breakout point, $1,400. Once stabilized above $1,400, we project a $2,000 range.

***ALSO JUST RELEASED:  Fleckenstein On The FOMC’s Announcement, The Effect of QE4, And Will Blockchain Impact Gold? CLICK HERE.