Today the man who predicted the global collapse just warned the rally in the stock market is over and the coming global devastation will be unimaginable.

June 21 (King World News) – Egon von Greyerz:  There are lies, damned lies, and economists. Whether these economists work for the government, or a bank, they spend all their time on the computer extrapolating current trends with minor adjustments.

If you want to understand the future, don’t spend your life preparing and constantly revising an Excel sheet with masses of economic data. Collective human behaviour is extremely predictable, but not by spreadsheet analysis, rather by studying history.

HISTORY IS A BETTER FORECASTER THAN ECONOMISTS
There is nothing new under the sun. So why is there so much time and money wasted around the world to make economic forecasts that are no better than a random job by a few chimps? Instead, give some lateral thinkers a few history books and let them study the rise and decline of the major empires in history. That will tell them more about long term economic forecasts than any spreadsheet.

After a 50 year decline of the US economy and the dollar, we still hear about the V-shaped recovery being imminent. On what planet do these people live who believe that a world on the cusp of an economic and social collapse is going to see a miraculous recovery out of the blue?

This is the problem with a system which is totally fake and dependent on constant flow of stimulus, even though it has zero value. Most people are fooled and believe it is real.

ALL EMPIRES END WITH COLLAPSING CURRENCY AND SURGING DEBTS
We are now in the final stages of the end game. The end of the end could be extended affairs or they could be extremely quick. Most declines of major cycles are drawn out and this one has lasted half a century. During that time the dollar is down 50% against the DM/Euro and 78% vs the Swiss franc. And US debt has gone up 65x since 1971, from $400B to $26T. A collapsing currency and surging debts are how all empires end…

But the end of the end has also been drawn out and started in 2006 with the Great Financial Crisis. The financial system was on the verge of collapse in 2008 but was miraculously rescued with tens of trillions of dollars in printed money and guarantees.

Central banks have, since then, frenetically kept the party going by manufacturing worthless paper money. The music should have stopped in 2008 but the participants are  still dancing on the grave of a system which is about to succumb.

The degree of the coming disintegration of the world economy will only be known with certainty by future historians. What is clear though is that we are seeing the end of a major cycle. What we will experience next is not just the fall of one nation but of most nations on earth, both advanced and developing countries. Debt is a global problem that virtually every country is seriously affected by. When the financial system crumbles, so will world trade.

WHAT WILL HAPPEN NEXT?
Asset Bubbles can only end in one of two ways: Either they Implode or they Explode. The principal bubbles we are here talking about is the financial system, stock markets, bond markets and property. So in principle we are looking at two options for this era to end. The net result is always the same although the Explosion finale will be the more violent and lead to a quicker massacre than the Implosion.

Explosion
The risk of an Explosive end is very high. That would most probably involve acute problems in the banking system leading to a major bank defaulting, say Deutsche Bank. This would spread throughout the whole banking system like wildfire and obviously also affect the derivatives bubble of $1.5+ trillion. It would happen so quickly that central banks wouldn’t be able to print money fast enough to stop it. In any case the whole financial world would know at that point that any freshly printed money would have ZERO value and therefore ZERO effect.

An Explosive outcome of this 100 year bubble era would clearly be cataclysmic for the world. It would lead to a global deflationary depression of a magnitude never seen before. It would also take life back to a level of devastation and deprivation that would be unimaginable today.

Implosion
The only difference with an Implosive outcome is that it would take longer and therefore involve both hope and pain as desperate central banks create trillions and quadrillions of worthless dollars, euros etc to temporarily keep the balloon inflated. Even though this process would be more drawn out, it would also fail in the end. First there would be a brief period, maybe a couple of years, of hyperinflation before it would end in a deflationary collapse.

So these are the two options. There is absolutely nothing that can stop it. Well, we always have Deus ex Machina of course. Yes, miracles can always happen and the world would certainly need one this time. But sadly the odds are not in favour of these kind of wonders. 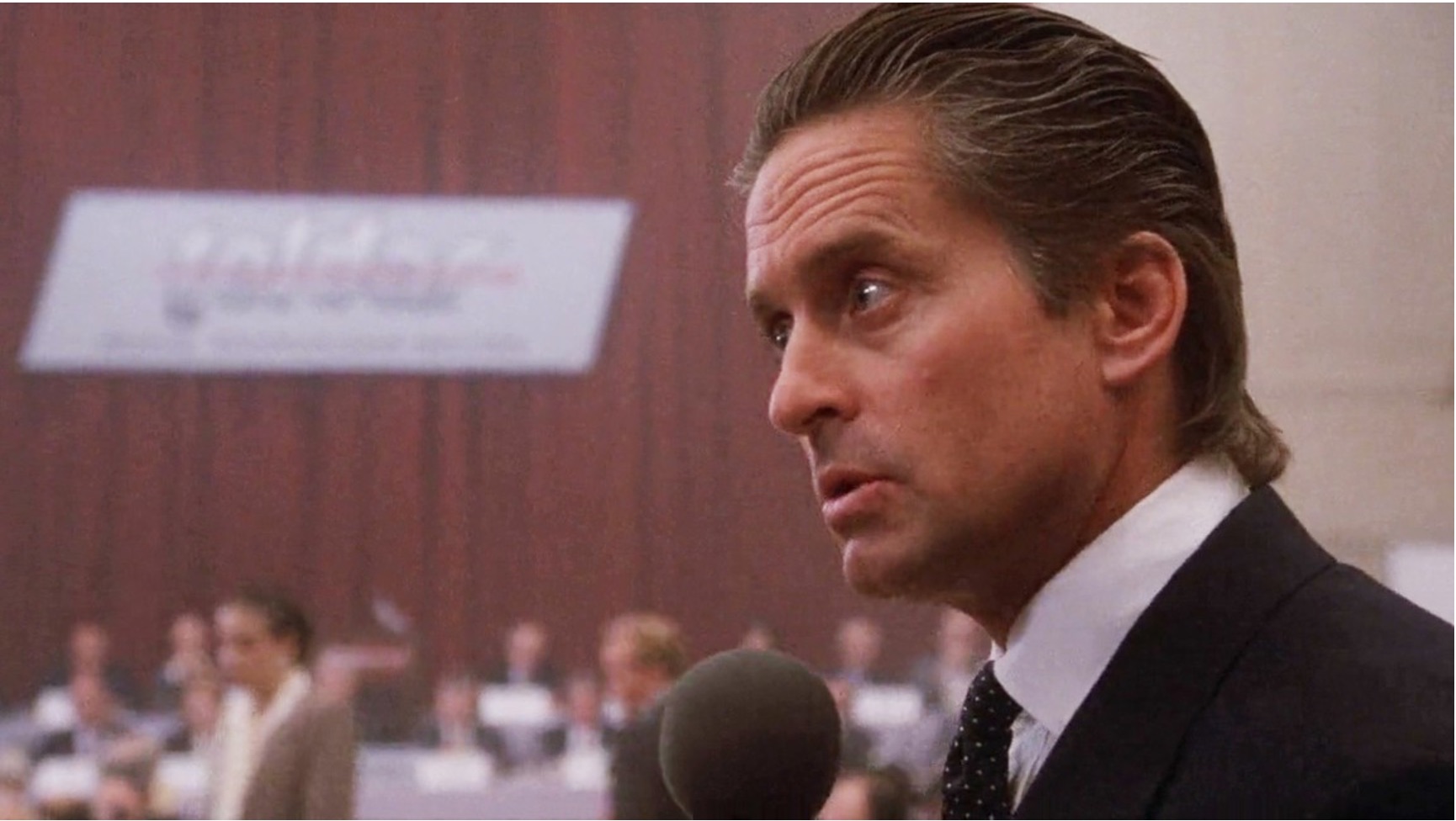 “The point is, ladies and gentlemen, that greed, for lack of a better word, is good. Greed is right. Greed works. Greed clarifies, cuts through, and captures the essence of the evolutionary spirit. Greed, in all of its forms, greed for life, for money, for love, knowledge, has marked the upward surge in mankind and greed, you mark my words, will not only save Teldar paper, but that other malfunctioning corporation called the USA. Thank you very much.”
— Gordon Gekko, Wall Street

The above list of problems is just an example of the global pressures on states, companies and individuals that either are bankrupt or will collapse under the weight of their own debt in the next few years. 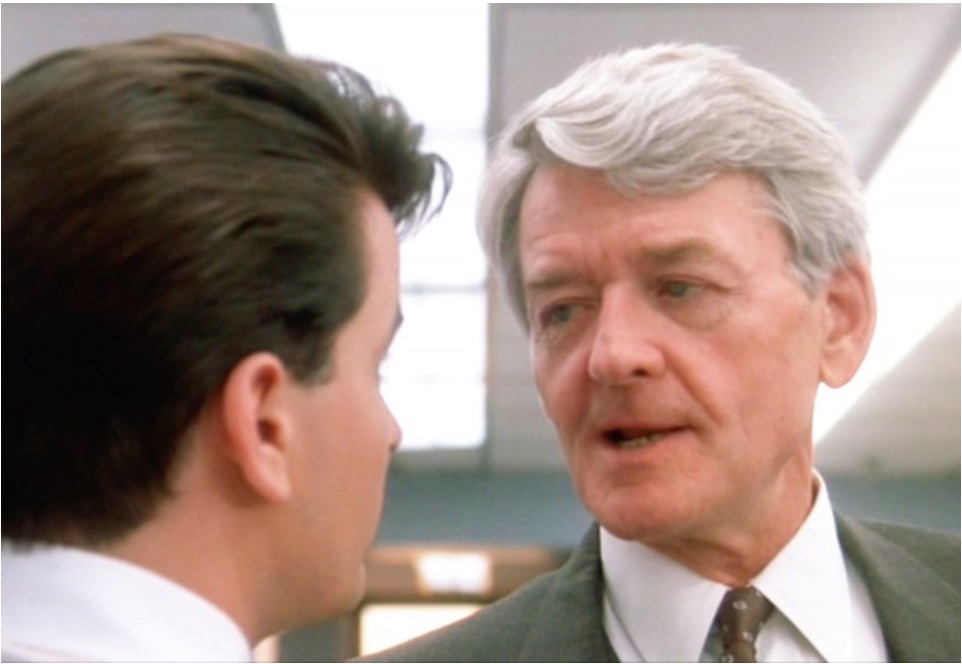 “Bud… Bud I like you. Just remember something. Man looks in the abyss, there’s nothing staring back at him. At that moment man finds his character. And that is what keeps him out of the abyss.”
— Lou Mannheim, Wall Street

WHAT THE EFFECTS WILL BE

WHAT WE SHOULD DO
Most people sadly cannot plan for what is coming. They don’t have any savings and might have problems affording to stay in their house or apartment.

For the ones with small savings, even if it is only a few hundred dollars, take it out of the bank and buy some silver or gold bars or coins. One gramme of gold costs $60-70. One gramme of silver costs 70 cents and an ounce of silver costs $20. Many people can afford that, and besides, what today looks like small investments could save your life in a few years. Just ask the Venezuelans.

For bigger investors, get out of stocks, except for gold and silver stocks, and get out of bonds and investment properties. On your own home, pay down the mortgage if you can. And obviously, buy as much physical gold and silver that you can afford and store it outside the banking system.  And remember, gold and silver will work effectively as wealth protection both in inflation and deflation.

In a period of crisis, your best asset and support system is a close circle of friends and family. This is what will keep you going physically, mentally, and morally.

Stocks
The secular bull market in stocks ended in February of 2020. We have now entered a secular and devastating bear market. The first leg down finished in mid-March and we are just finishing the suckers’ rally that makes retail investors uber-optimistic. The next leg down is imminent. It will shock the world. There could be a vicious catalyst.

For most people who know and follow me, I hardly need to repeat that you mustn’t focus on the price of gold or silver measured in soon to be worthless paper currencies. Just own physical precious metals for insurance and wealth preservation. Measured in overvalued paper money, gold and silver are absurdly cheap…For those who would like to read more of Egon von Greyerz’s fantastic articles CLICK HERE.