A major warning flag is waving as this continues to collapse.

This Continues To Collapse
April 4 (King World News) – Here is the latest from Peter Boockvar as the world awaits the next round of monetary madness:  We’ve talked a lot about the differing messages that bond and stock markets have been sending about the economy and outlook. Maybe it’s just as simple as the bond market curve flattening is just reflecting the current slowdown that is clearly upon us while the stock market is just believing it’s temporary and a rebound in growth will occur in coming quarters…

Quantifying the extent of the economic data disappointments in the US, the US Citi Surprise index fell yesterday to the lowest level since July 2017 (see chart below). 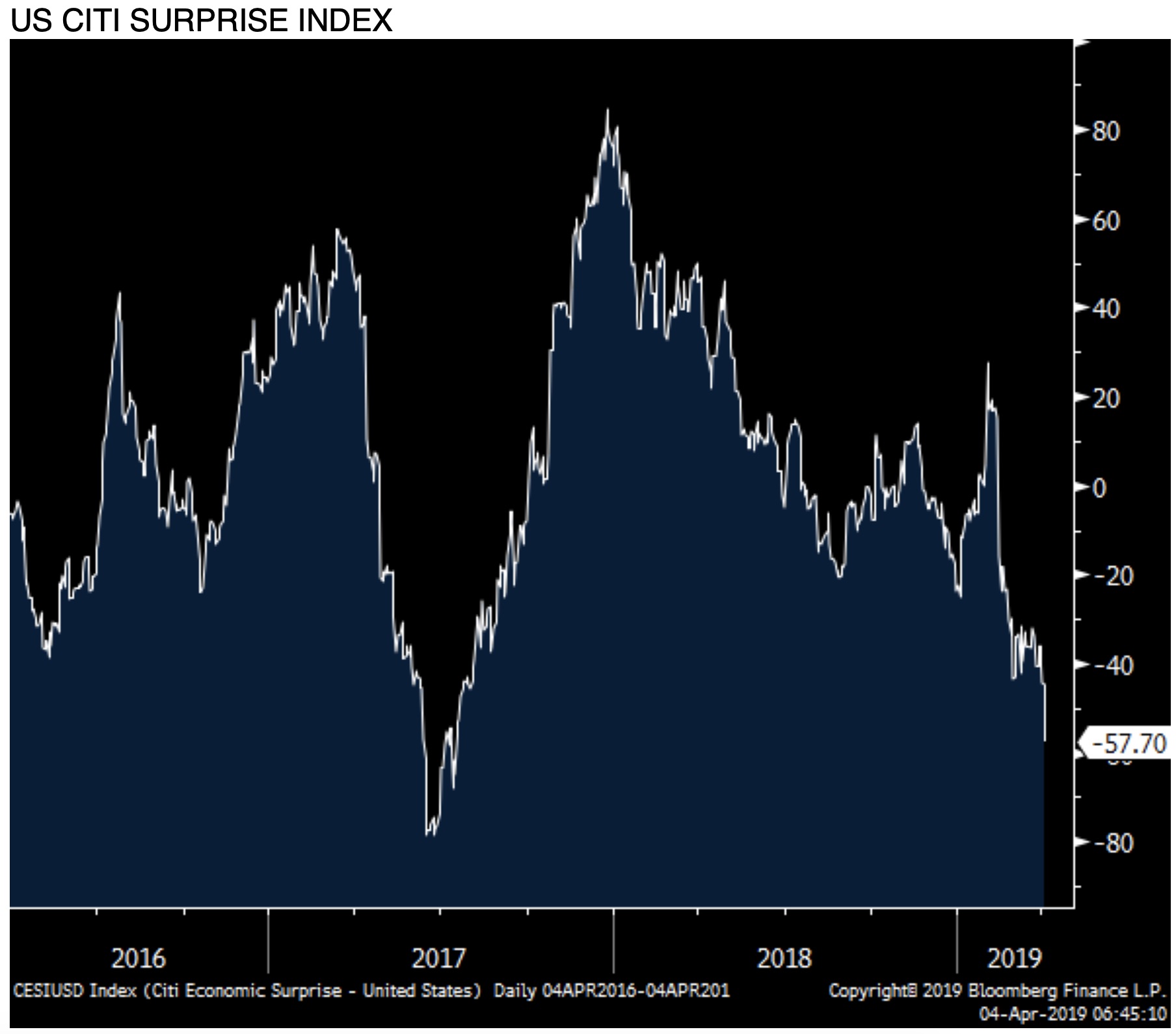 For all major economies, it’s getting close to the weakest since 2012 (see chart below). 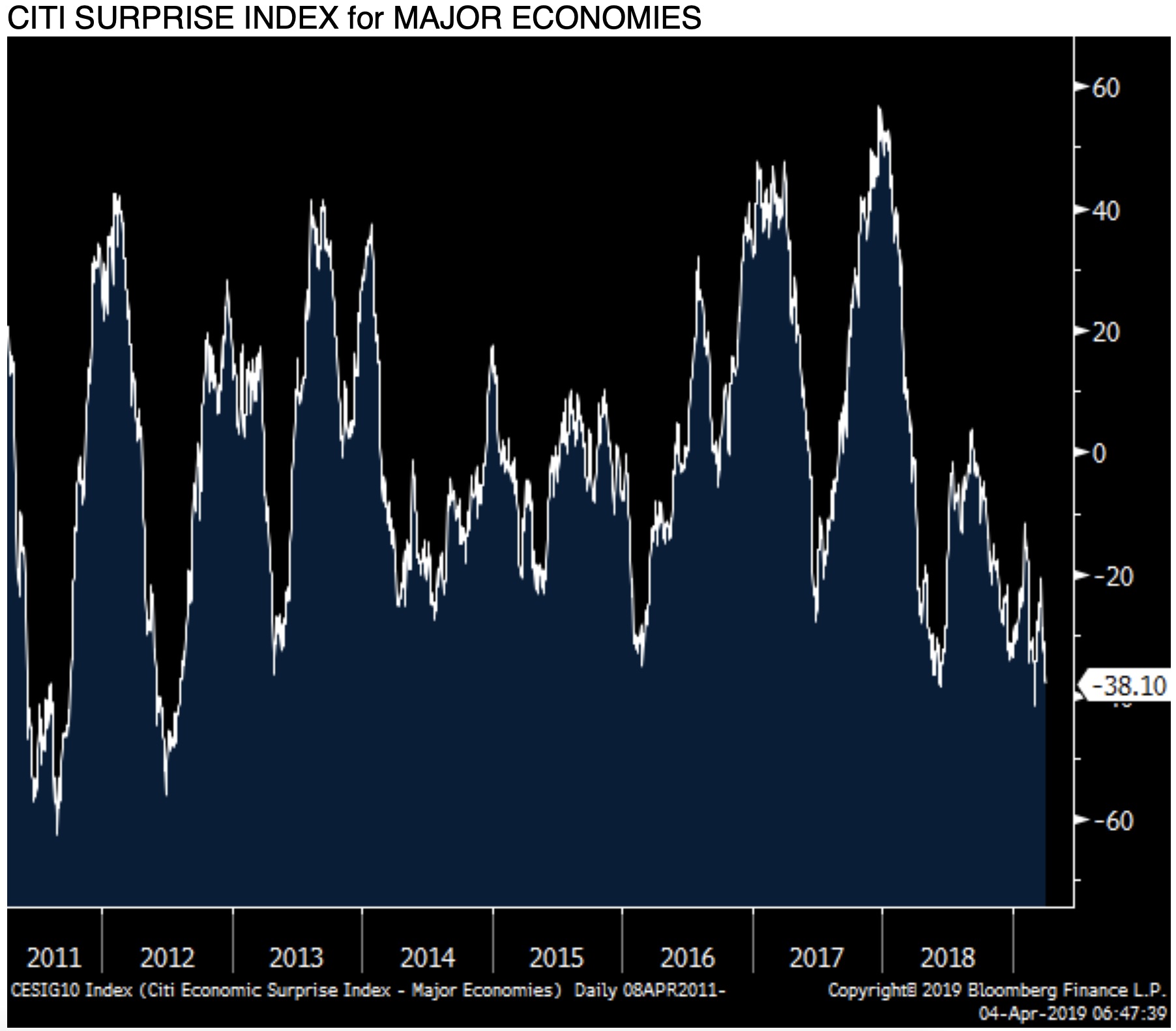 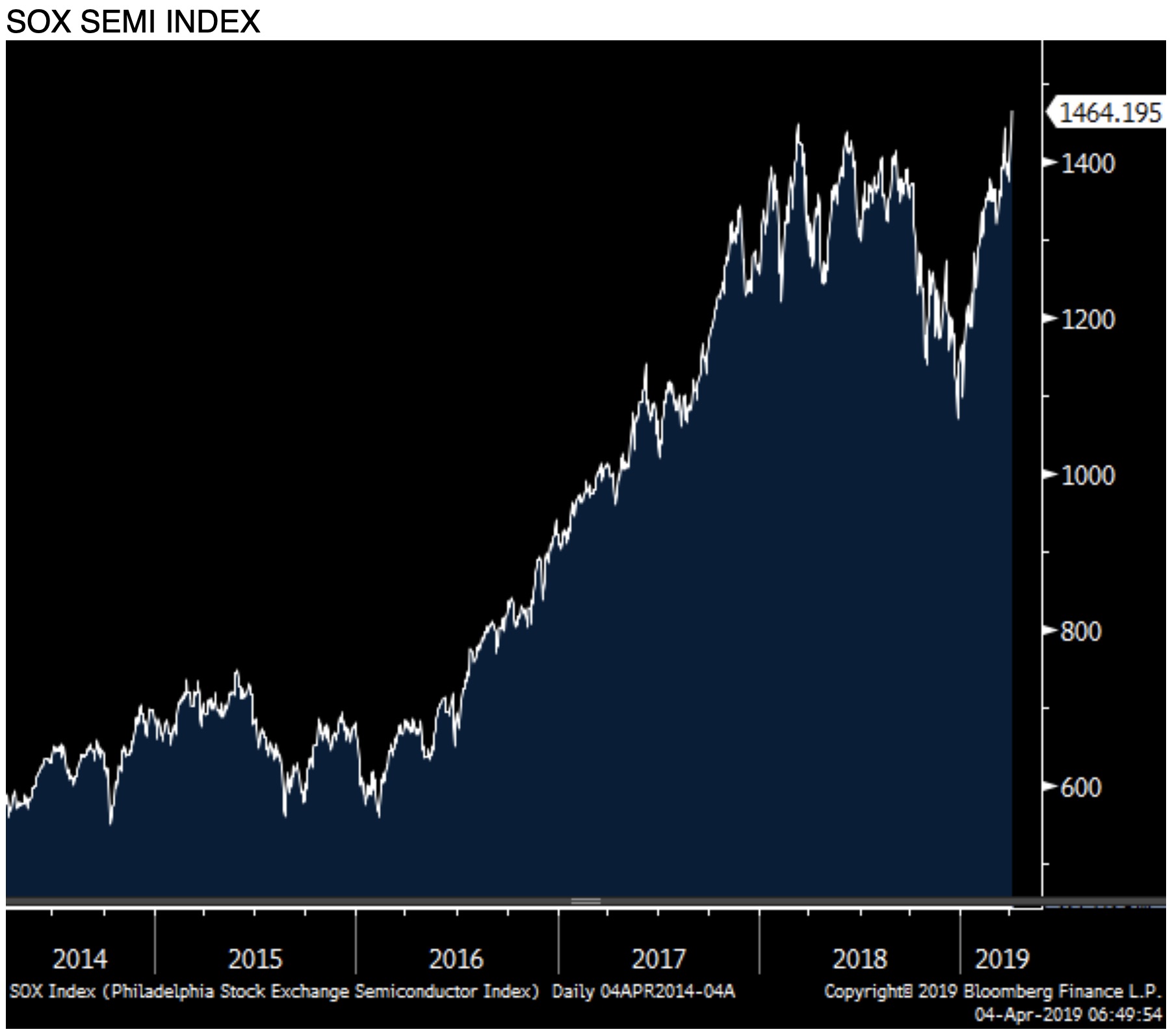 Legend Art Cashin had this to say about Boockvar’s note on semiconductors hitting all-time highs:

As the King of Siam supposedly said – “It is a puzzlement”.

Three Fed speakers may produce a headline or two.

Trump due to meet with Chinese Vice Premier in early afternoon. Watch out for tweets. Stick with the drill – stay wary, alert and very, very nimble.

***KWN has released the powerful audio interview with Andrew Maguire and you can listen to it by CLICKING HERE OR ON THE IMAGE BELOW.

Is This Surprise Setting The Stage For A Massive Rally In Gold, Silver & Commodities?