On the heels of last week’s carnage in gold and silver, here is a special report on what to expect next. The actionable data is here is quite remarkable.

Major Pressure In Miners
August 19 (King World News) – The following is a special report from Jason Goepfert at SentimenTrader:  Almost every U.S.-traded gold mining stocks fell to a 52-week low this week. That’s the most in five years, and in the past signaled capitulation selling…

Goepfert continues:  The puke in metals has not been confined to just industrial ones like copper. Precious metals have been dumped, too, as we saw on Thursday, leading to some of the most negative sentiment readings in nearly 30 years.

We looked at how gold mining stocks responded after other bouts of pessimism, as well as severe selloffs like they suffered earlier this week (reports only available to SentimenTrader subscribers).

Taking one more look at the move, it’s notable that almost every one of the 12 mining stocks traded on a United States exchange have hit a 52-week low. The only holdout is McEwen Mining, which is within spitting distance of its low.

Over the past couple of days, all but one U.S.-traded mining stock hit a 52-week low, one of the worst clusters in 25 years (see chart below).

One Of The Worst Clusters Of Selling In Mining Stocks In 25 Years! 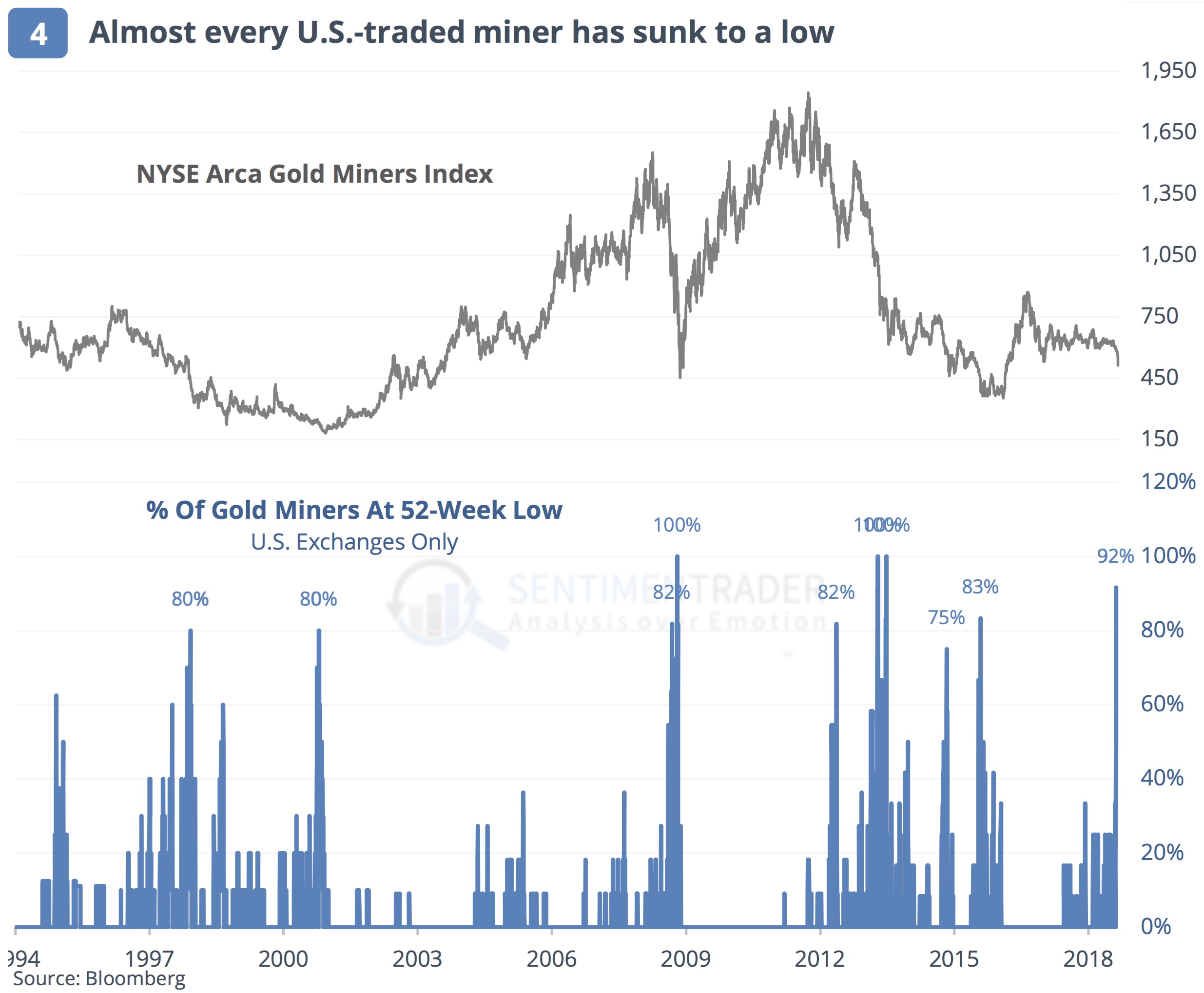 It’s been more than five years since this many miners sunk to a 52-week low at the same time, and in 25 years, it has happened only a handful of times. Figure 5 shows how the NYSE Arca Gold Miners Index performed after those signals. For the most part, returns were excellent. 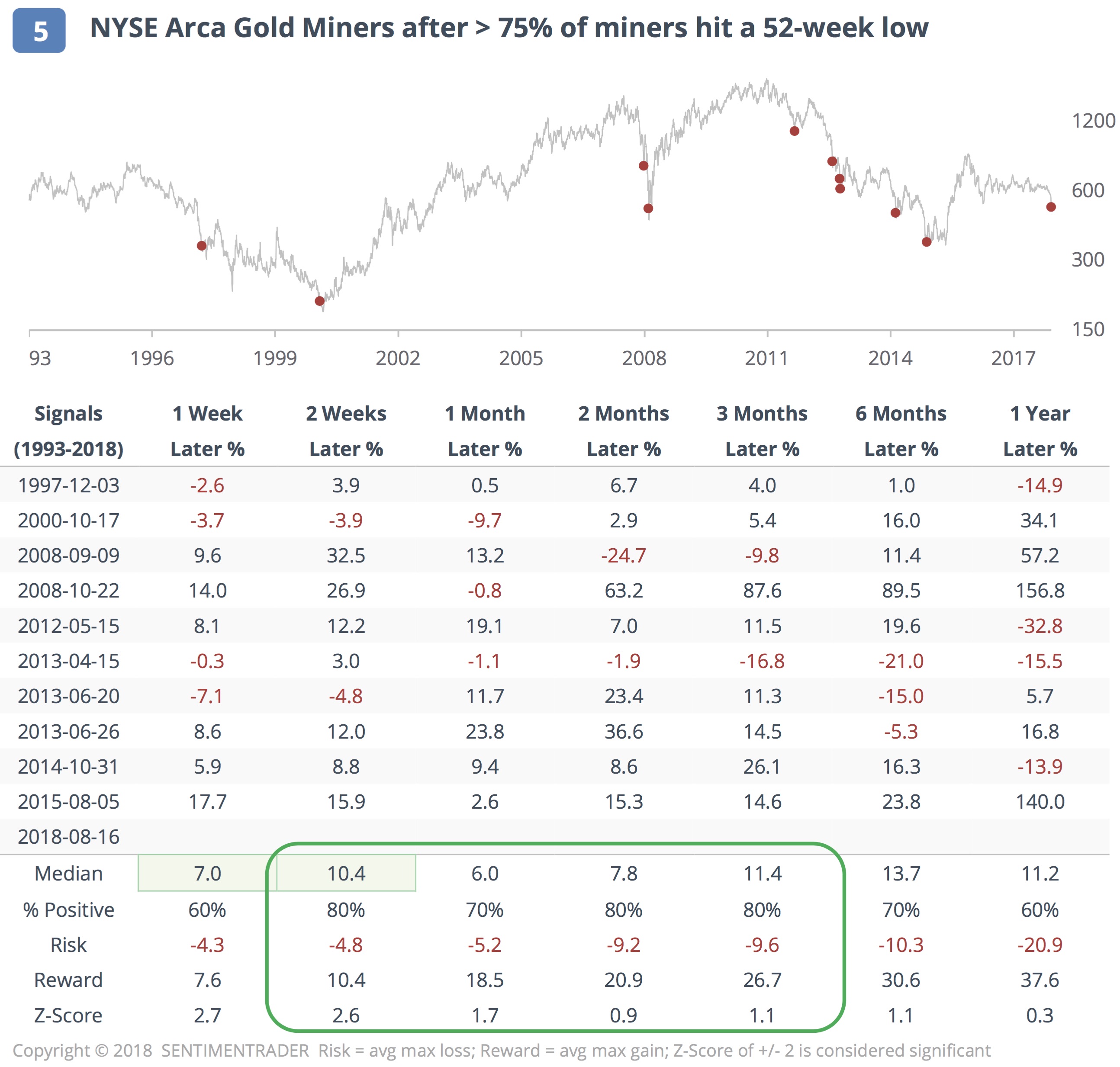 Over the next two weeks, mining stocks rebounded 8 out of 10 times. The losses were both less than 5% while five of the gains were greater than 10%.

Signs continue to accumulate that the metals and mining stocks saw capitulation selling pressure this week, suggesting a heavily skewed risk/reward profile over the next few months.

King World News note:  Jason Geopfert had two remarkable reports last week about the action in gold, silver and the mining stocks. KWN did not post either of these because they are reserved exclusively for SentimenTrader subscribers.  To subscribe to the internationally acclaimed work that Jason Goepfert produces at SentimenTrader CLICK HERE.