Today new gold and silver targets were just issued as the gold market sees a major breakout and silver surges higher out of consolidation.

Breaking Barriers: Gold and Silver set to surge
Gold
July 8 (King World News) – Top Citi analyst Tom Fitzpatrick:  Gold has broken above the final barrier area at $1,796-1,803 leaving only the all time high at $1,921 as overhead resistance. We would expect an acceleration on tis break could see that level tested within weeks. Ultimately, over time, we suspect that much higher levels can be seen on Gold. 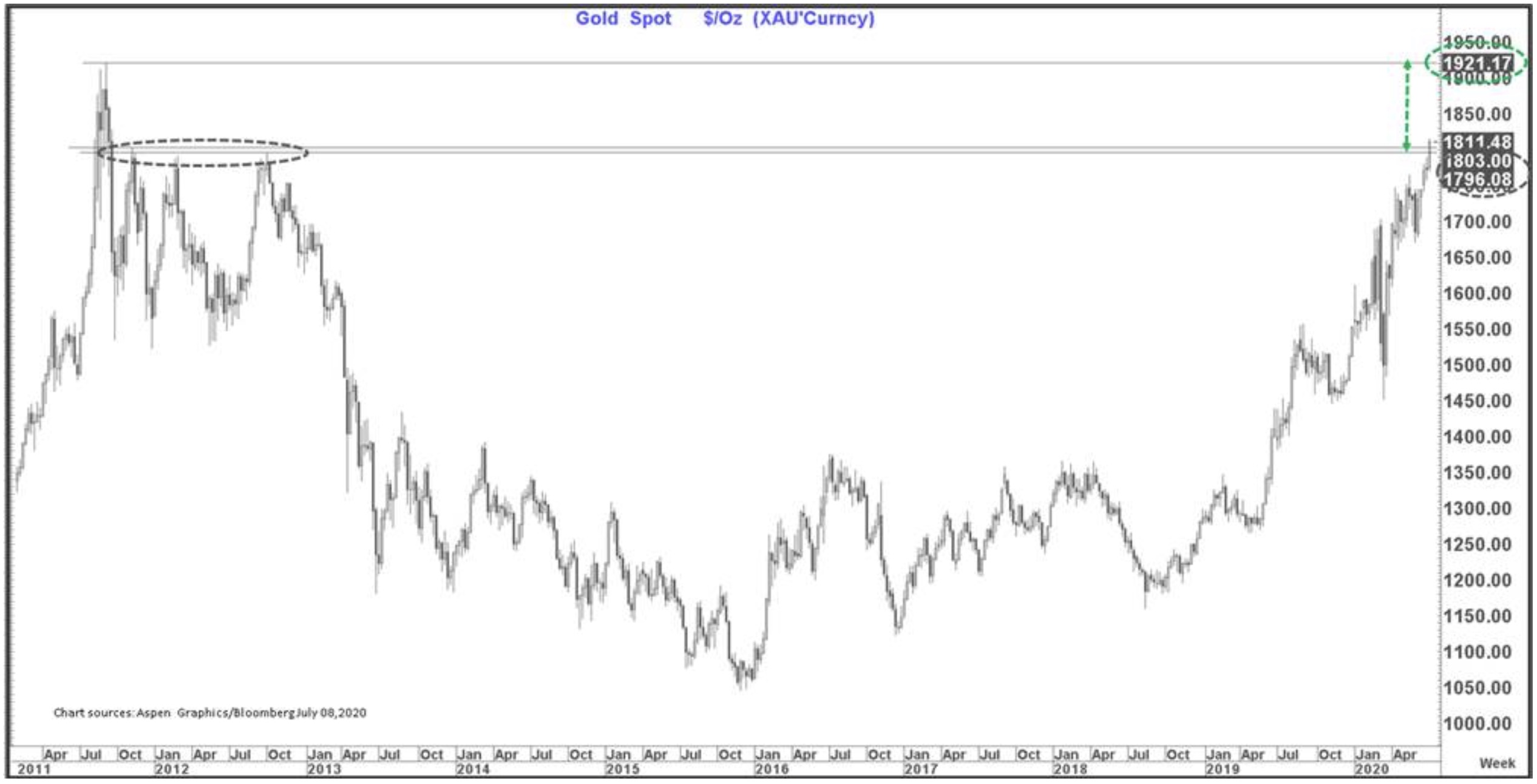 Silver
Looks clearly to be breaking out of a consolidation phase similar to that seen into early May before it surged higher again. Good resistance is met at $19.60 but we would expect this break to yield a move to major resistance around $21.14. Ultimately we retain a longer term target of $28 here.

SILVER BREAKS OUT OF CONSOLIDATION:
Silver Headed To $21+…Then $28 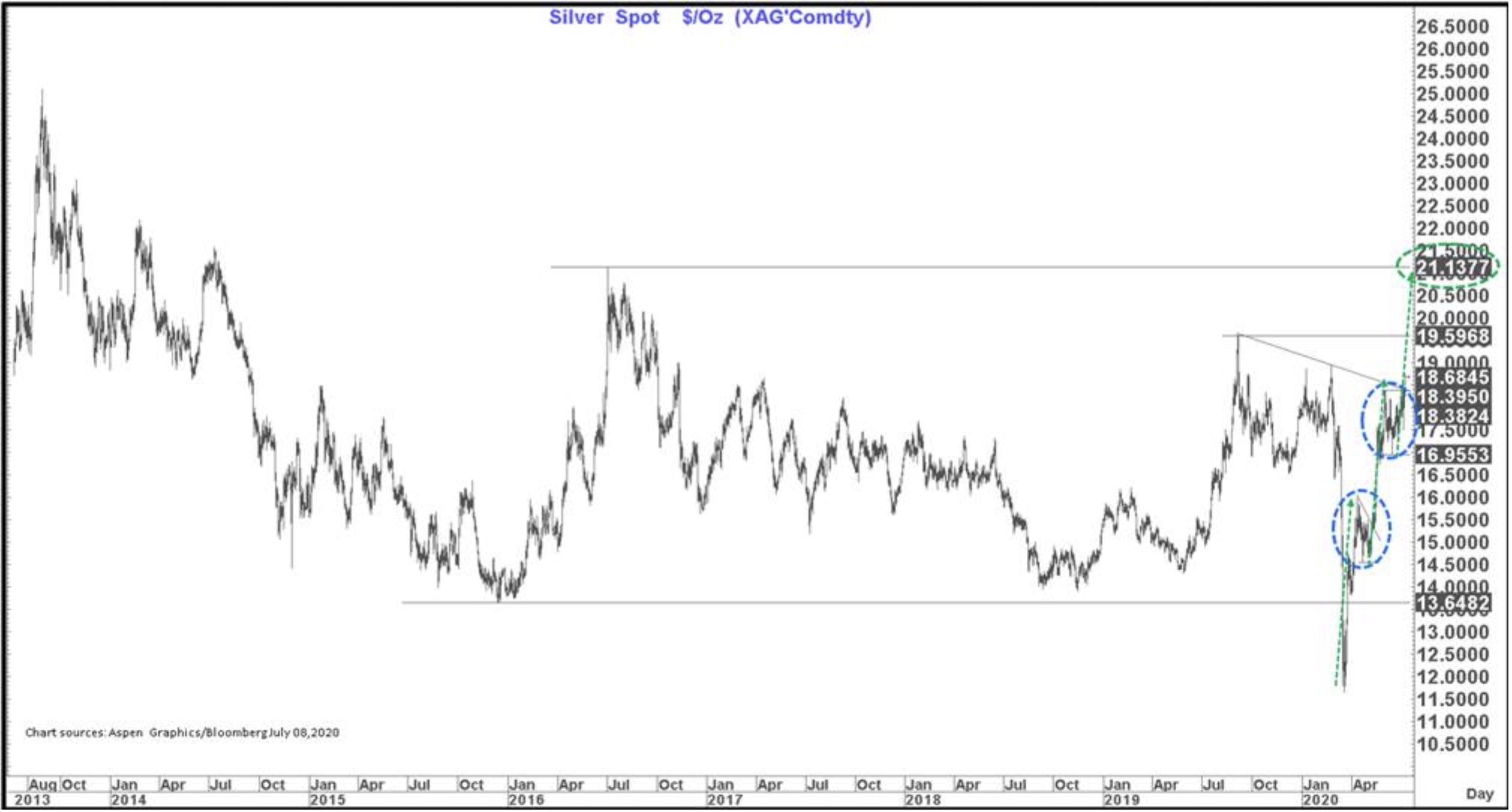 The Gold/Silver ratio
Is once again rolling over and we continue to target a move to at least the 93.26-93.47 area (55 week MA and trend line support). However, given we have had a nice correction in terms of depth and time we would not be surprised to see this range broken on an extended move towards major support around 82.25-84.00 (200 week MA and trend line support). Overall renewed Silver outperformance looks likely here.

Silver To Outperform As Gold/Silver Ratio Set To Plunge 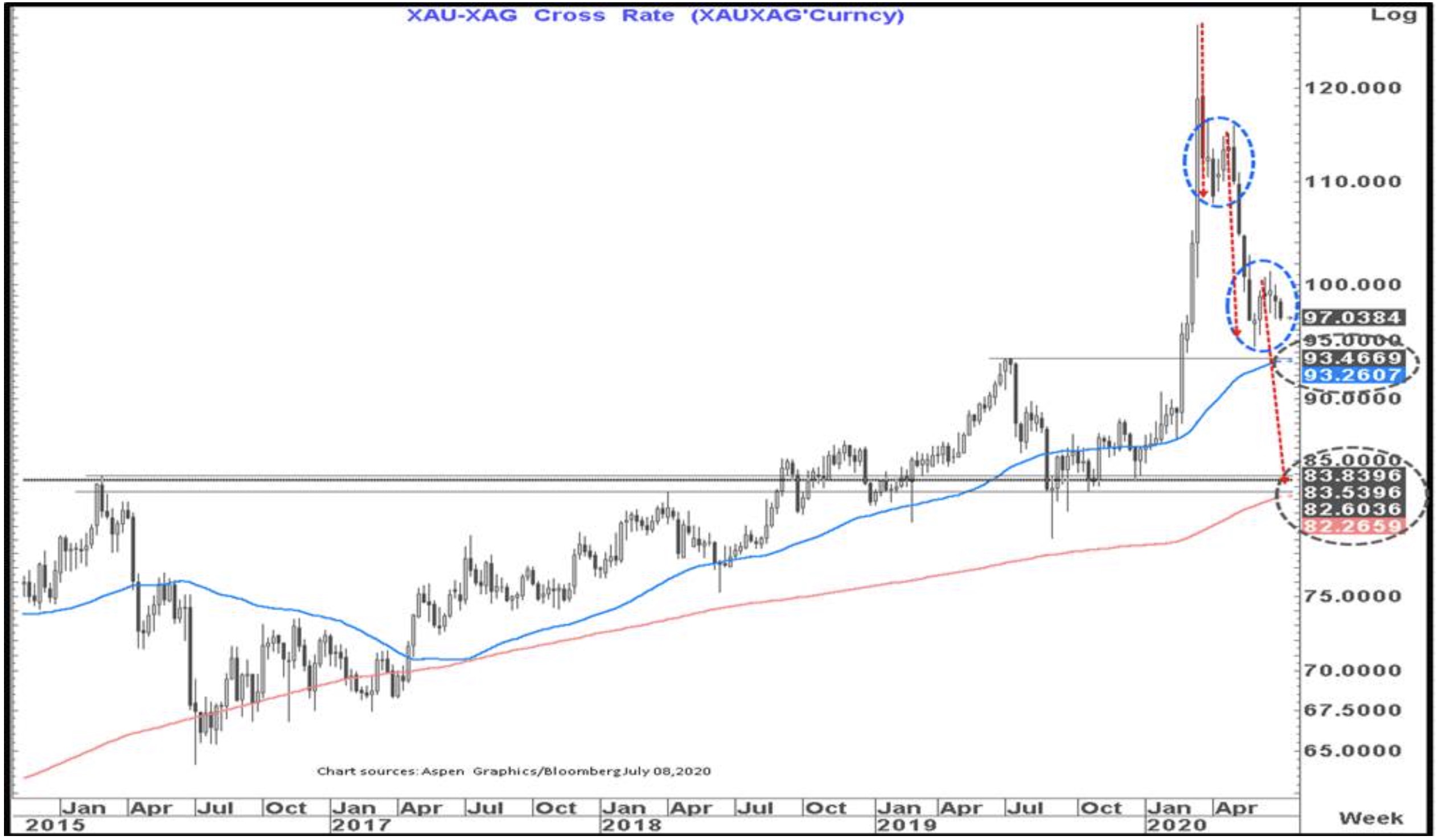