Look at who just warned “There is a record amount of wealth at risk” as we kickoff 2022. 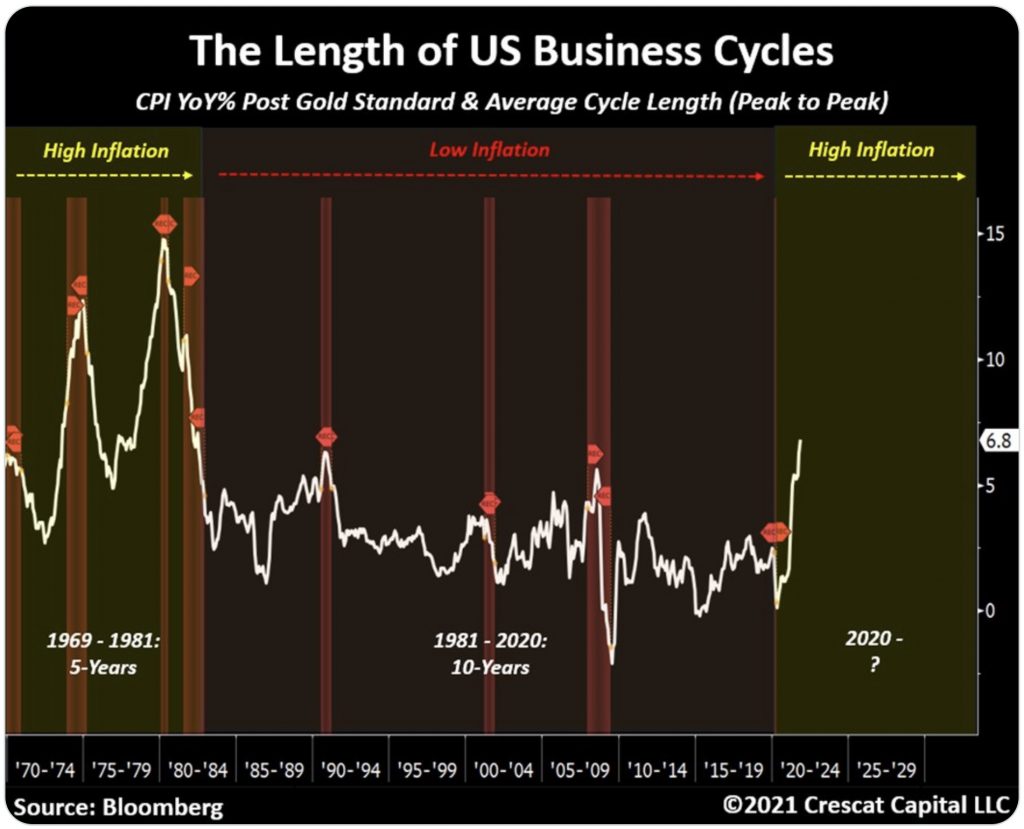 The Covid-19 recession turned out to be a mere blip in what in all practicality is still the longest bull market and largest valuation bubble in US history for both stocks and bonds.

The economy is not on sound footing for a new economic expansion because there has been no purging of the excesses from the last cycle.

A universal pattern with every business cycle, as it advances to its later stage, is that investors tend to extrapolate the recent success of strong performing industries and asset types driving further momentum and speculative frenzy.

Among the drivers of price misalignments today are discount rates that assume the cost of capital will remain forever low.

1. To not get sucked into a financial asset bubble that is ripe to implode.
2. The imperative to outpace structurally rising inflation….

Implicit in today’s valuations is the assumption that the Fed can sustain simultaneous high liquidity and low inflation endlessly, which is impossible. There is a business cycle after all.

Too much liquidity creates inflation which crimps the real economy. Too much inflation demands removal of that liquidity which further catalyzes the economic downturn.

Normally, as part of the “creative destruction” process in recessions, the financial system gets purged of excesses.

In the subsequent recovery, the health of the economy is restored in a natural way as new leadership arises from sectors and industries that are inherently different from those of the prior expansion.

In the wake of the biggest profligacies, the disorderly unwinding of pipe dreams and Ponzi schemes coincides with the economic contraction and results in the permanent loss of capital for those caught up in them.

As Warren Buffett says, “Only when the tide goes out, do you discover who’s been swimming naked”.

Some of the worst financial market meltdowns on record have been precipitated by necessary policy shifts away from loose financial conditions to combat rising inflation.

Inflation compresses price-to-earnings multiples which can be especially destructive to overpriced growth stocks. 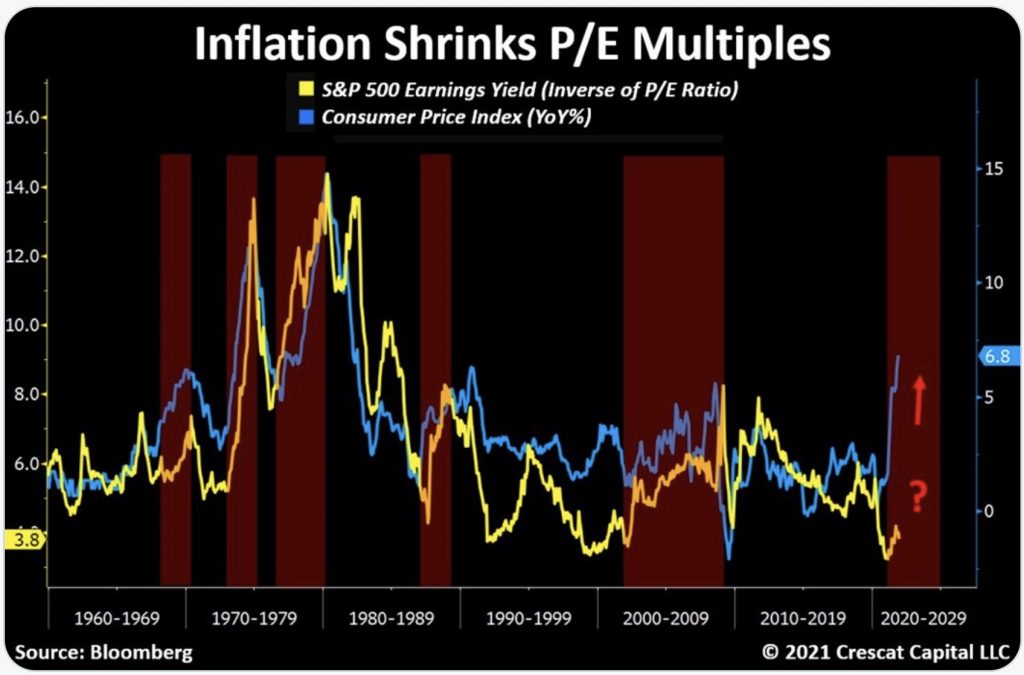 We believe a macro regime change is upon us. All the ingredients are in place for a secular shift in the inflation outlook. CPI has been rising sharply. Long-term expectations are rising too. They are just naturally stubborn. 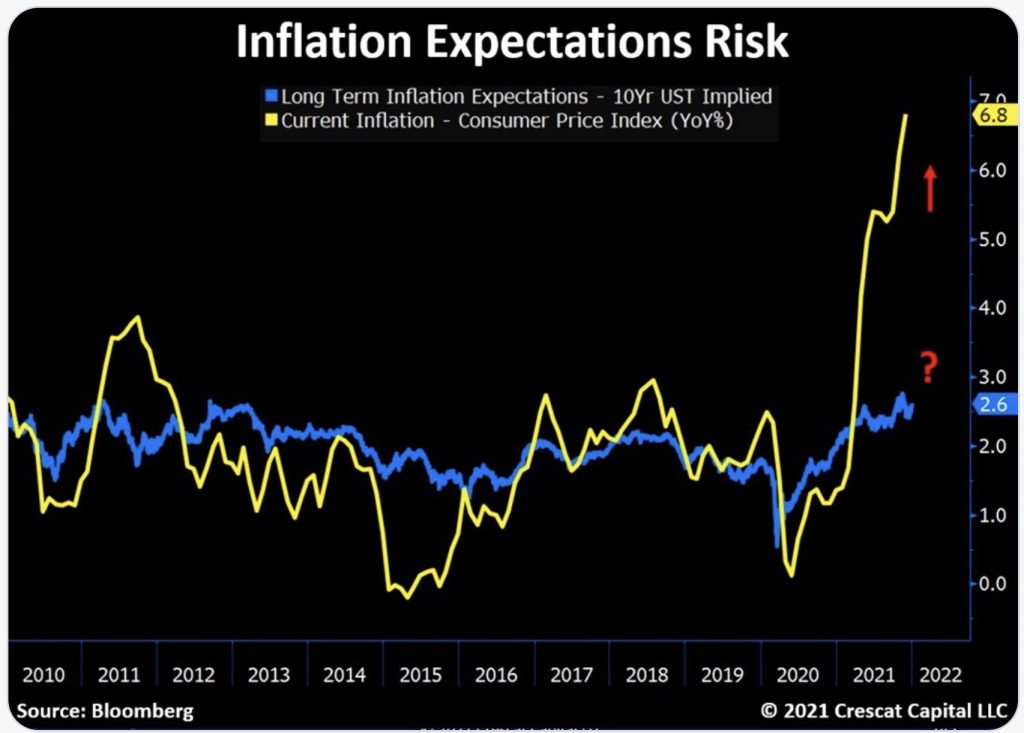 1. Fiscal and monetary tailwinds supported by the need to devalue overwhelming debt burdens.
2. Chronic underinvestment in basic resource industries at the core of the supply chain. 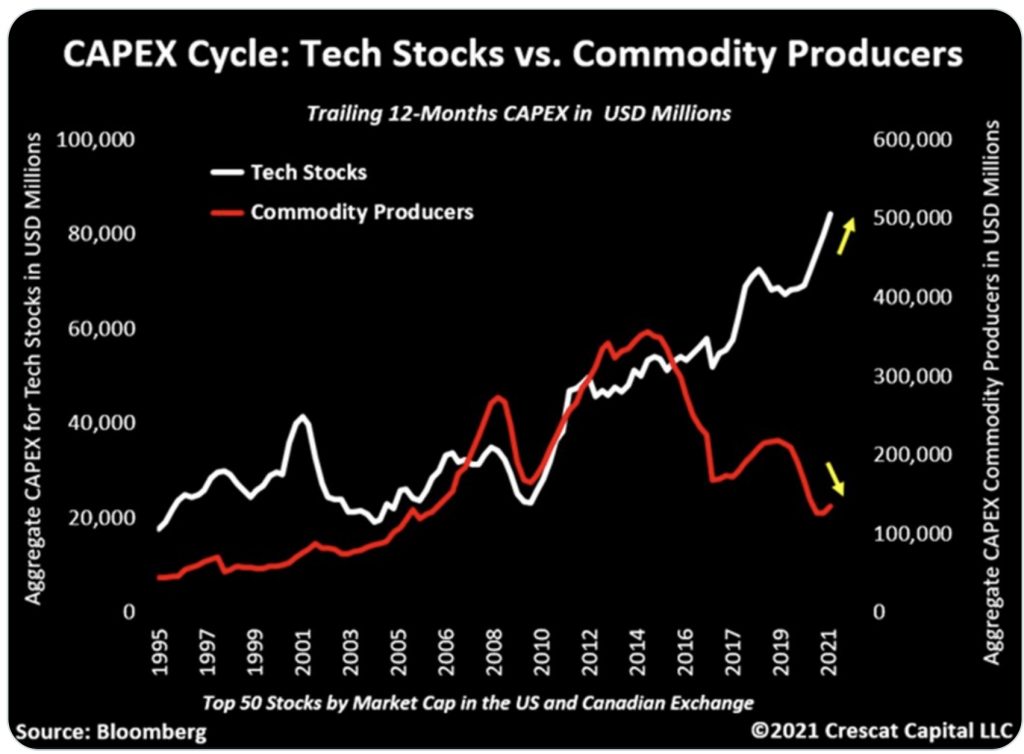 3. A secular deglobalization trend, including dis-integration with China that will continue to compound the logistics problem.
4. The rising cost of shelter that is understated in the calculation of CPI due to its appearance in the series with a lag. 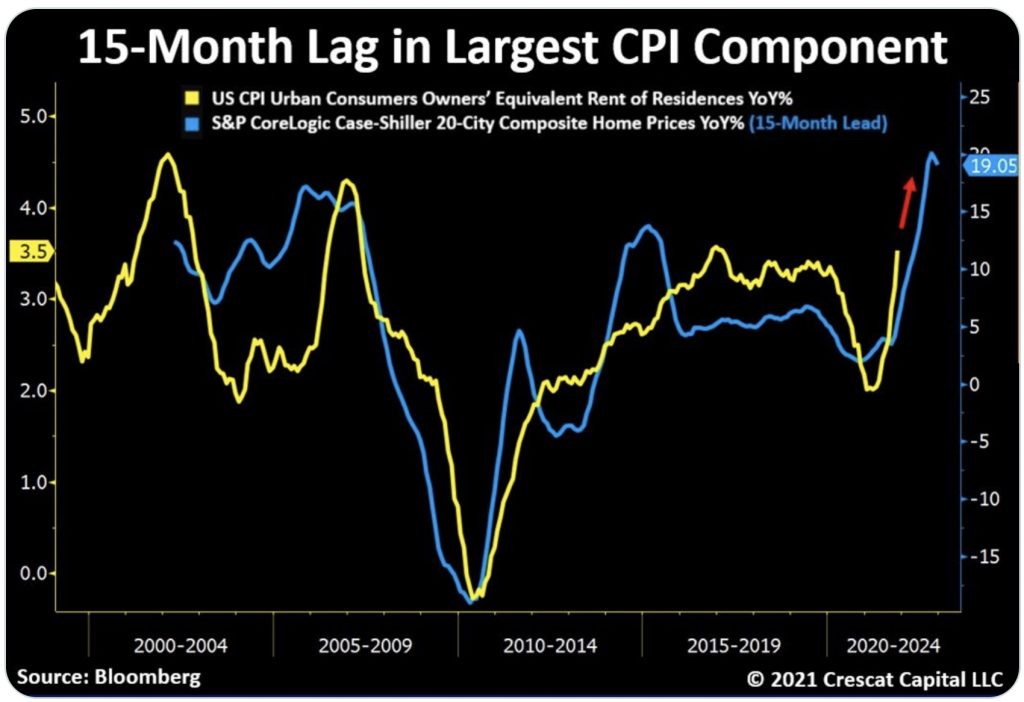 5. Wage-price spirals that are long-trending by definition and a burgeoning juggernaut. 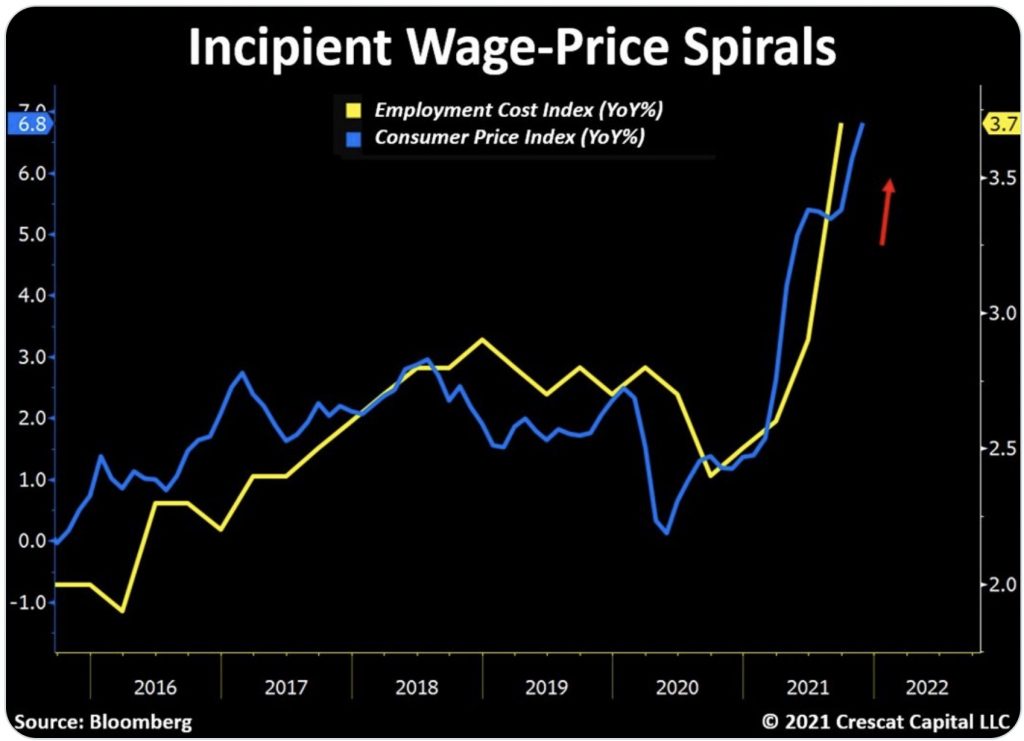 According to data from the National Bureau of Economic Research, the average length of the full peak-to-peak US business cycle has six years in the post-World War 2 era, but there has been much variation.

The last full cycle concluded at the end of February 2020 with the end of the longest-ever expansion and onset of the shortest-ever recession, an almost unbelievable combination. We are now in midst of another expansion.

One of the biggest drivers of the length of the business cycle is long-term inflation expectations.

When the Nixon administration untethered the US dollar from gold in 1971, the US was already in a new secular period of rising inflation that began in the latter half of the 1960s as the birth of the Baby Boomers gave way to Gen X.

In contrast to Gen Xers, who grew up during a time of rising inflation expectations and frequent recessions, the Millennial generation, born in the 1980s and first half of the 1990s, was raised during two of the three longest economic expansions in US history.

For Millennials, business cycles to date have averaged an incredibly long ten years. They have experienced the tailwind of more than three decades of declining long-term interest rates and inflation.

The problem is that we now have the richest financial asset valuations in US history, especially for long duration assets.

We are not just talking about Treasury bonds. We are also talking about large cap growth and mega-cap tech stocks which are essentially ultra-long duration financial instruments.

There is a record amount of wealth at risk. The valuation of long-duration assets today implies impossibly low interest rates and risk premia into infinity, in other words, too low of an overall discount rate.

***To listen to Robert Arnott discuss what surprises to expect in 2022 as well as what to expect in global markets CLICK HERE OR ON THE IMAGE BELOW.

To listen to Alasdair Macleod discuss the setup for the gold and silver markets in 2022 CLICK HERE OR ON THE IMAGE BELOW.