Look at what is happening around the world right now.

January 21 (King World News) – Peter Boockvar:  Well at least right now, the notable market damage is still mostly contained to stocks and obviously the most overvalued ones but there is a small shift going on. As I said before, watching high yield is necessary when looking for contagion and any economic repercussions of the changing macro landscape and worries about the inflation stressed consumer. The yield to worst for the Bloomberg US high yield index yesterday closed at 4.71%, the highest since early December. It’s spread to Treasuries is wider by 5 bps today at 2.96% but it was 3% a week ago Monday and still below where it was in February 2020. 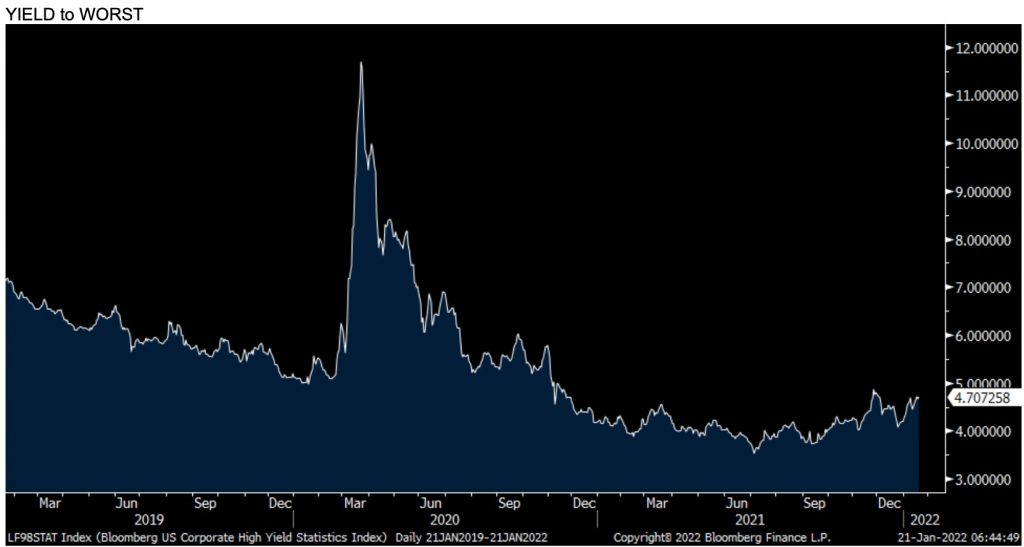 As for the lowest rung of non-default high yield, that being CCC, OAS is up only slightly this week and its yield to worst of 7% is below the 7.25% it touched a few weeks ago and the 7.6% it was at in November. 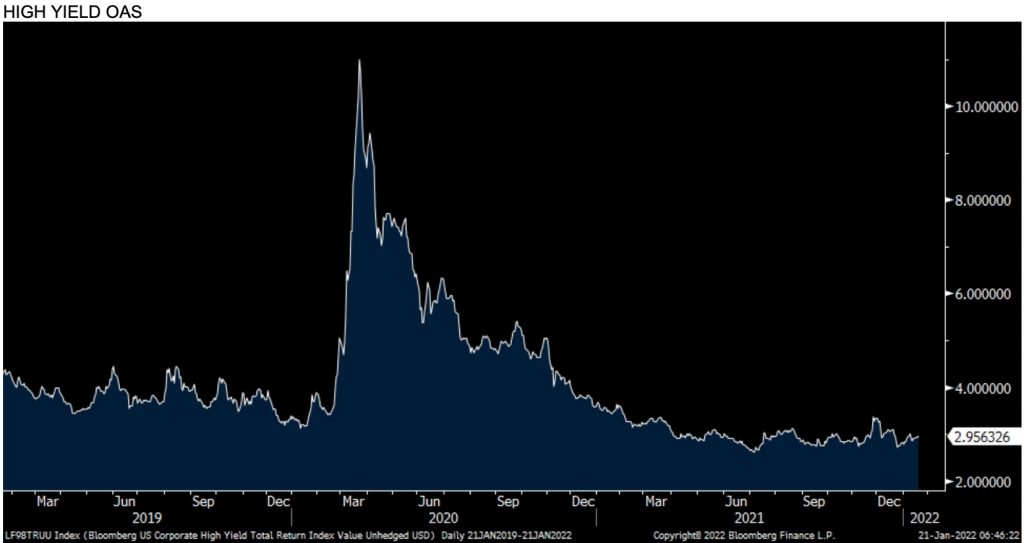 Bottom line, at least right now, high yield is pricing in a soft landing and maybe not that many rate hikes. If you’re looking for a hedge and something to short, this group is it.

I almost never talk about bitcoin but I feel connected to it because of my bull case for gold as the fundamental underpinnings of both are the same. That said, it’s clear that the only thing bitcoin mostly knows in its 13 year history is a long stretch of QE, ZIRP and NIRP and thus hasn’t been tested much. When gold survives 5000 years, you know it has been through a lot like wars, depressions, deflation, hyperinflation, etc… Here is a chart of bitcoin in white and ARKK in orange over the past 2 years in measuring its risk appetite against another proxy for one.

South Korea said its exports in the 1st 20 days of January rose 22% y/o/y with a rush to China ahead of their holiday next week. Exports to China were up 19% y/o/y, to the US by 28% and to the EU by 16%. That in addition to the world’s need for more semi’s (exports up 30%) and cars (up by 23%). Imports were up by 38.4% y/o/y. We’ll see how this shakes out after the Chinese new year and now that Christmas is over but exports of semi’s and auto’s should remain strong. The Kospi suffered with all other markets and fell by 1% and is down almost 5% year to date. That market is one of the cheapest in the world trading at just 9x times earnings and with a dividend yield of 1.9% but it always trades cheap because of the dominance of Chaebol’s and the outsized weighting of Samsung which is trading at a multiple 2/3rds below Apple.

Japan said its CPI in December rose .5% y/o/y ex food, one tenth less than expected and ex both food and energy they were down by .7%. You can add back about 150 bps after they recycle fully the sharp drop in mobile phone fees I believe in April. The 10 yr inflation breakeven is unchanged in response at the highest since May 2019. The 10 yr JGB yield was down 1 bp. The inflation problem at least right now remains on the producer side but higher energy prices, along with the end of mobile phone fee declines, you could get something closer to 2% ex food by May, June.

The strain of falling real wages resulted in a 4 pt drop in UK consumer confidence for January to -19. The estimate was -15 and that is the lowest since February 2021 and compares with -7 in February 2020. 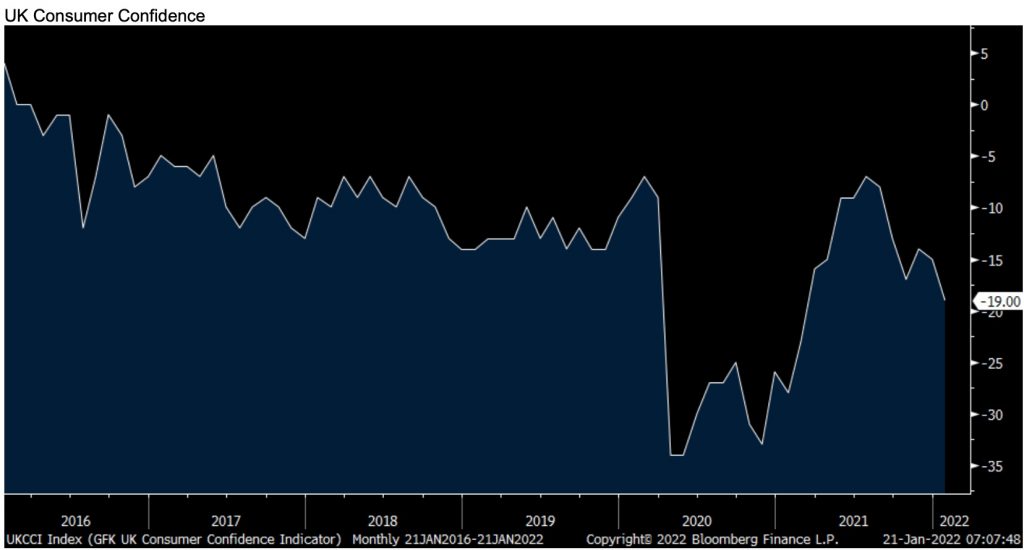 GFK said “Despite some good news about the easing of covid restrictions, consumers are clearly bracing themselves for surging inflation, rising fuel bills and the prospect of interest rate rises.

This was reflected in the December retail sales number in the UK ex fuel where they fell 3.6% m/o/m, well worse than the estimate of down .8%. They are down 3% y/o/y.

Gold Set To Shine Again? This Should Trigger A Monster Rally In The Gold Market