After a week where commodities got hit along with the metals, look at this stunning development in the gold market.

Investors Aren’t Using Gold For Inflation Protection
July 13 (King World News) – Here is a special update on the gold market from Jason Goepfert at SentimenTrader:  The correlation between gold and inflation-indexed Treasuries has turned negative. The few other times it inverted to this degree, gold provided good returns.

There are some assets, like tech stocks, that can seem to do no wrong. Then there are others, like copper – or even commodities in general at this point – that can do no right. Several got hit again on Friday, particularly gold, which tends to be the most-watched contract. Even with several signs pointing higher for the metal, it just can’t sustain a rally.

What’s especially interesting about its drop over the past month is that is has completely diverged from inflation expectations. The popular TIPs fund, and its underlying index, have rallied strongly over the past month while gold has decidedly not. This is highly unusual. 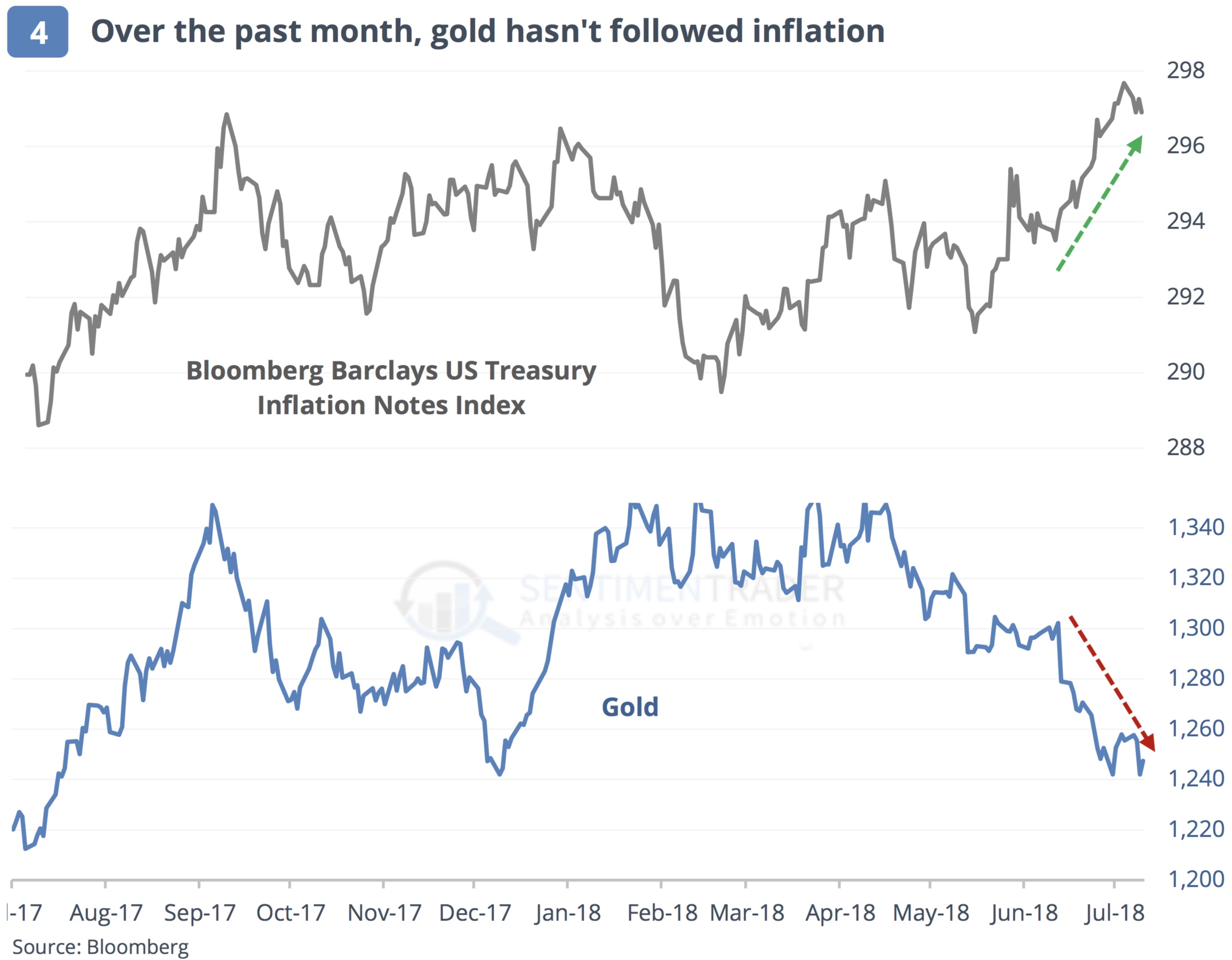 Over the past six months, the correlation between gold and inflation-indexed Treasuries has collapsed to -55%, the lowest since 2012. It has been lower only twice in the past 15 years, shown in figure 5 (see chart below). 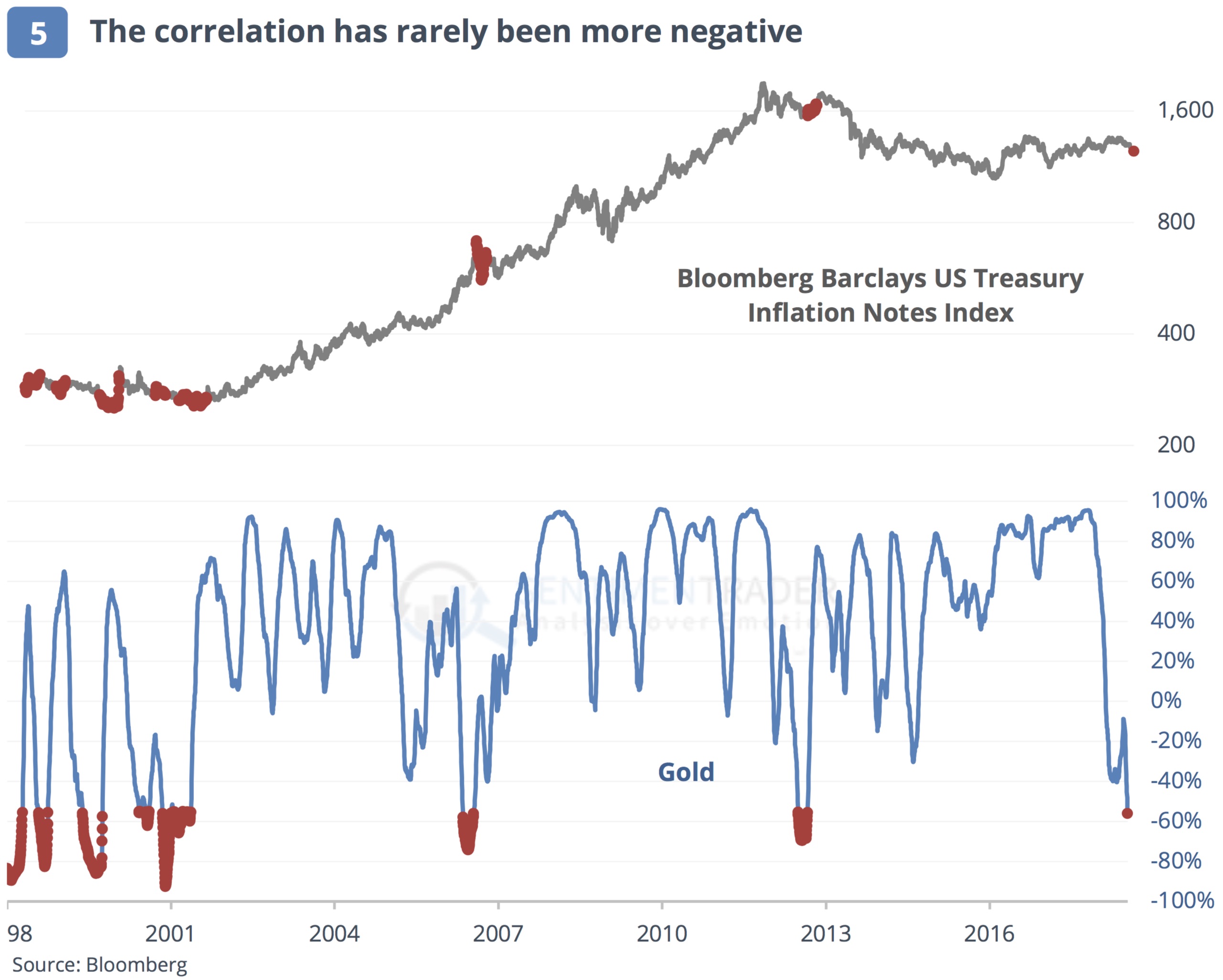 The bouts of extreme negative correlation ended up leading to minimal downside in gold, at least over the shorter-term, but it wasn’t exactly a precise buy signal.

ALSO JUST RELEASED: BUCKLE UP: It’s A Friday The 13th Trading Day…Take A Look At This! CLICK HERE TO READ.