With worries increasing around the world, the central bank fantasyland may finally be coming to an end.

Peter Boockvar:  It was only last week that I started to pay attention to Japanese bond auctions but in light of the heightened volatility over the past week, I’m going to keep on paying attention. The 30 yr bond auction overnight was mixed as the bid to cover of 3.04 was below the one year average of 3.36 and the 30 yr yield closed up 2.3 bps to .44%, the most since early April. But, bonds with shorter maturities rallied on the day with the 10 yr yield lower by almost 4 bps to -.08%. The likely end of more interest rate cuts deeper into negative central bank fantasyland and major logistical limits reached in the purchases of JGB’s makes the Japanese bond market right now a must daily watch and possible canary for the world’s sovereign bond markets notwithstanding the actions taken by other central banks…

The US NFIB small business optimism index for July was 94.6, basically unchanged with the 94.5 seen in June. The components were mixed again. Plans to Hire rose 1 pt after falling by 1 pt in June. Unfortunately, “job creation among small firms was negative for the 2nd straight month” but “on the bright side, slightly more owners this month’s said they plan to create jobs in the future…In fact, small business owners say that finding qualified workers is one of their most important business problems.” The NFIB went on to say that “the explosion of new regulations is a ball and chain for small business.”

After rising by 3 pts in June, plans to Increase Capital Spending fell 1 pt. Plans to Increase Inventory rose 3 pts to zero after negative prints in 4 of the previous 5 months. Those that Expect a Better Economy rose 4 pts to the best since October but it’s still negative at -5 and those that Expect Higher Sales fell 1 pt to just 1%. Those that expect Positive Earnings Trends fell 1 pt to a 4 month low likely due to compensation plans that were higher. Bottom line, while the index is the best since December when it touched 95.2, it really is more of the same for the small business sector as the 94.6 print is only slightly above the 5 year average of 93.7 but remains below its longer term 25 year average of 97.3. The peak in the current cycle was 100.3 in December 2014.

We saw inflation data out of China and because of the bottoming in commodity prices, particularly industrial metals, and the recycling thru of very tough comparisons, PPI fell 1.7%, not as much as the -2% expected and it’s the least negative since August 2014. The deflationary pressures being felt in China’s industrial complex are coming to an end in this cycle. That said, the extent will continue to depend on how serious the Chinese are in cutting and closing all those factories churning out stuff the world has too much of. The Journal of Commerce index of raw industrial prices is just off its one year high. I remain of the belief that the February lows in the CRB index will be the lows for a while.

As for consumer prices in China, CPI rose 1.8% y/o/y, in line with the estimate and down one tenth from June. Of interest though, non food prices rose 1.4% y/o/y, the most in two years. Chinese stocks did rally overnight.

Pre UK vote, German exports in June rose .3% m/o/m which was below the estimate of up 1.1% and it follows an almost 2% drop in May. If anyone is going to be impacted by weak global trade it will be Germany. We can also assume that their trade with the UK in July fell sharply in July in part to the stronger euro vs the pound.

The UK reported June industrial production data that was about in line with expectations but its old, pre UK vote news. The pound is breaking below $1.30 vs the US dollar this morning. 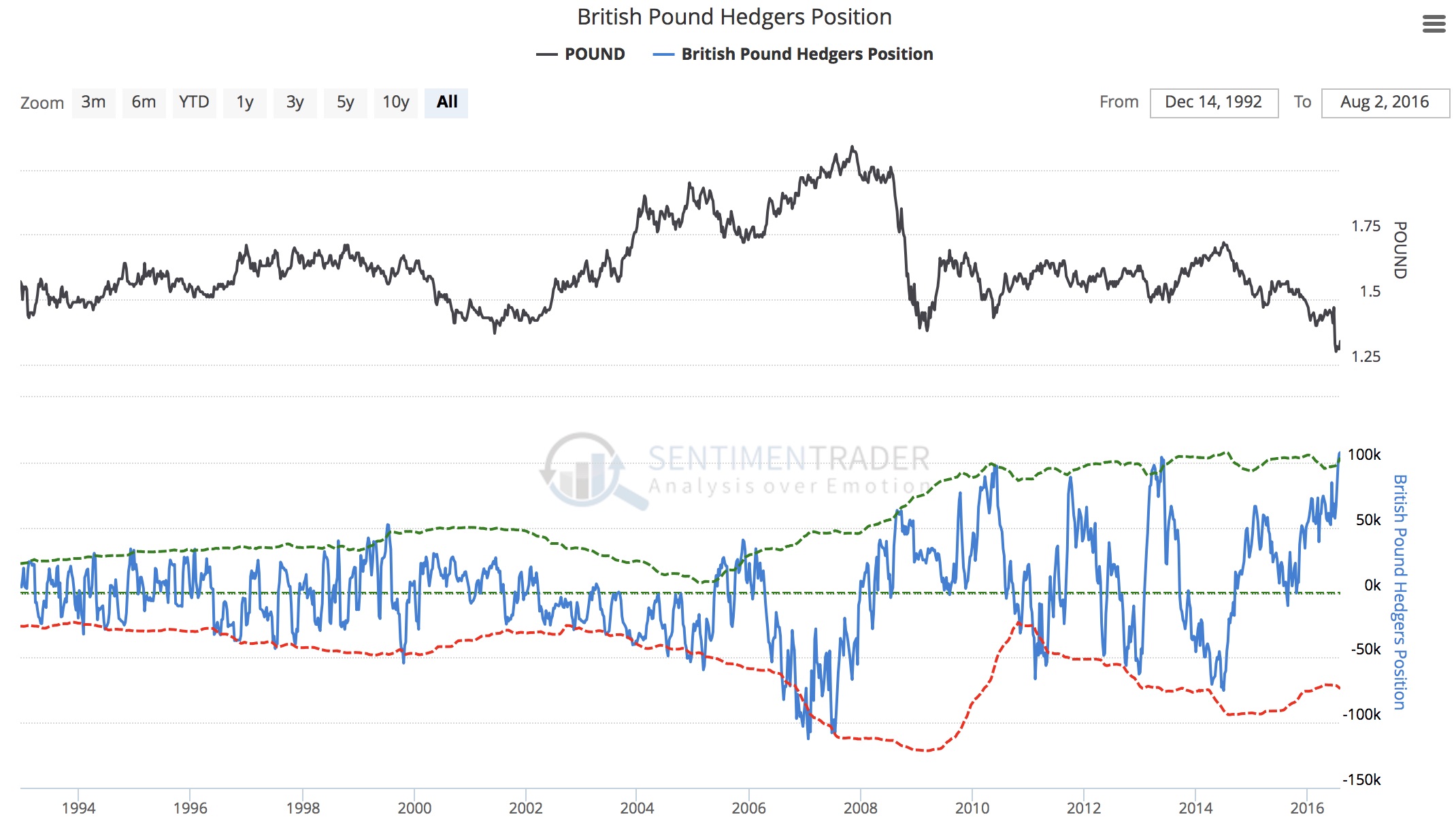