On the heels of gold’s biggest year-to-date surge in 36 years, look at this shocking undervaluation in the gold and silver markets.

“It is impossible to produce a superior performance unless you do something
different from the majority.” — Sir John Templeton

Shocking Undervaluation In The Gold & Silver Markets
Relative to the gold price, the gold stocks in the Gold Bugs Index are at the same level as in 2001, when the gold bull market began. This is by itself strong evidence that gold mining stocks are cheap relative to gold (see chart below). 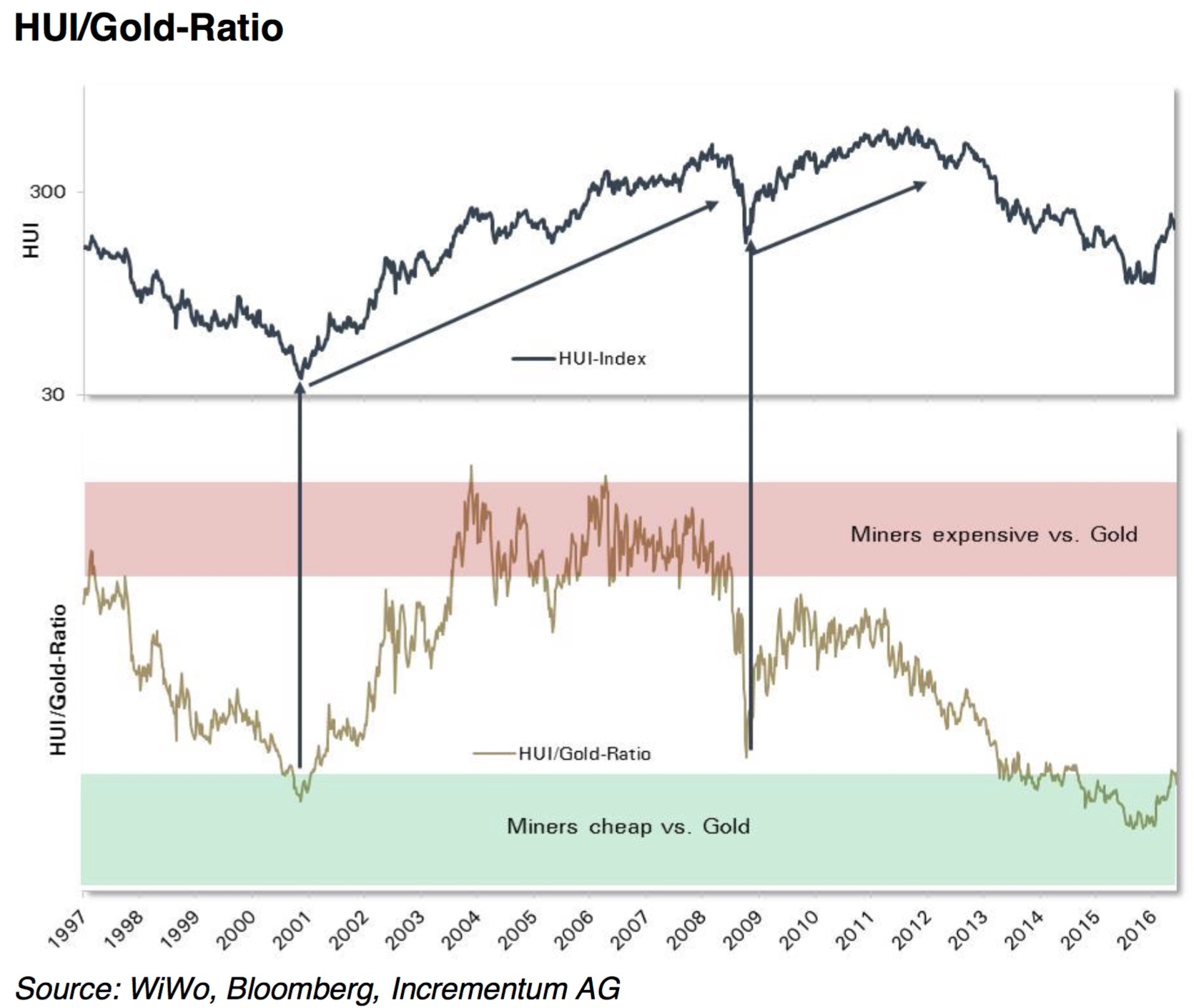 However, the following chart also shows that mining stocks were only able to outperform gold between 2001 and 2004. We have discussed the reasons for the disappointing performance of the sector in the period after 2004 and its fundamental problems in detail in last year’s report under the heading “Why have gold mining stocks performed so badly?”

However, we also mentioned on that occasion that the gold mining industry had gone through a process of creative destruction and fundamental restructuring. As a result of this, we expect that in coming years, mining stocks will once again become the kind of leveraged bet on gold that investors crave.