The price of gold has surged above $1,810 and silver is now at $24. Here is why we are finally seeing a reversal. 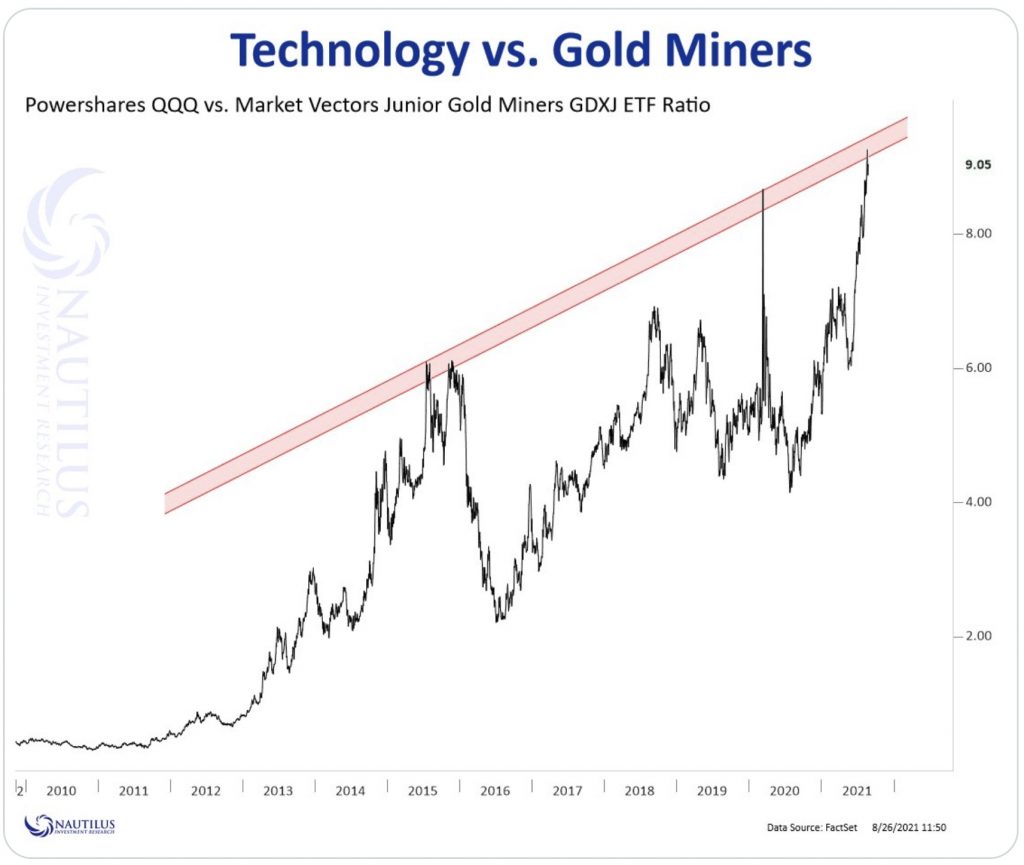 US Trade Deficit Hits Another Record 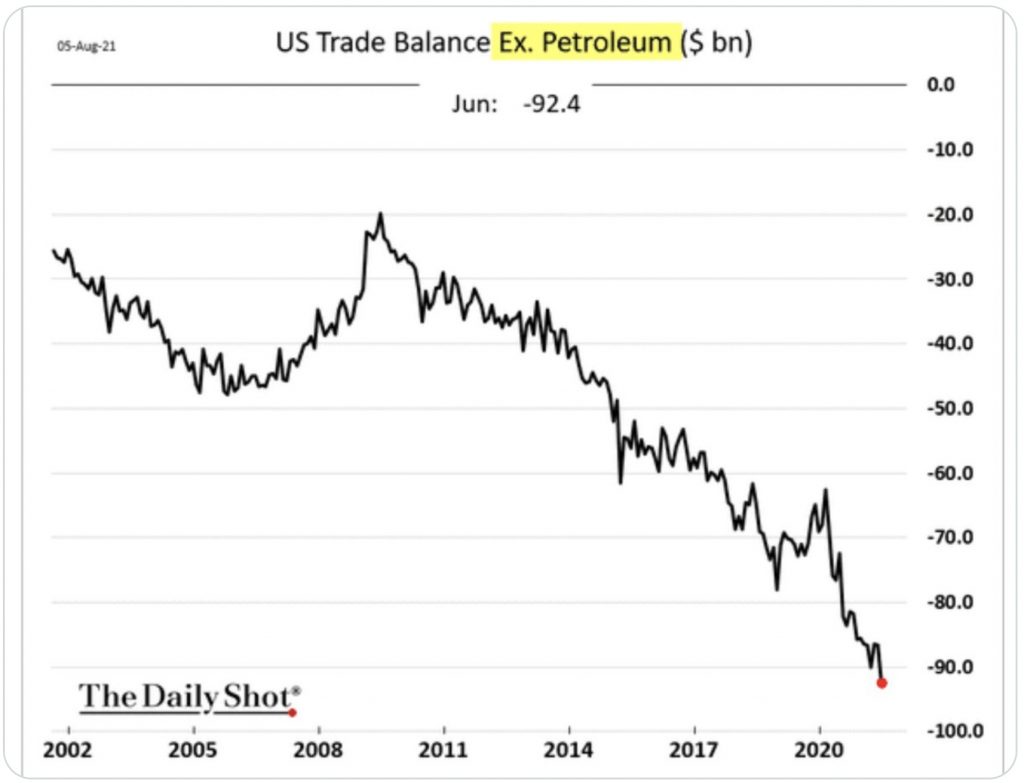 Inflation
Adam Tooze Head of the European Institute:  It’s not just oil and gas, coal prices are on a tear too. 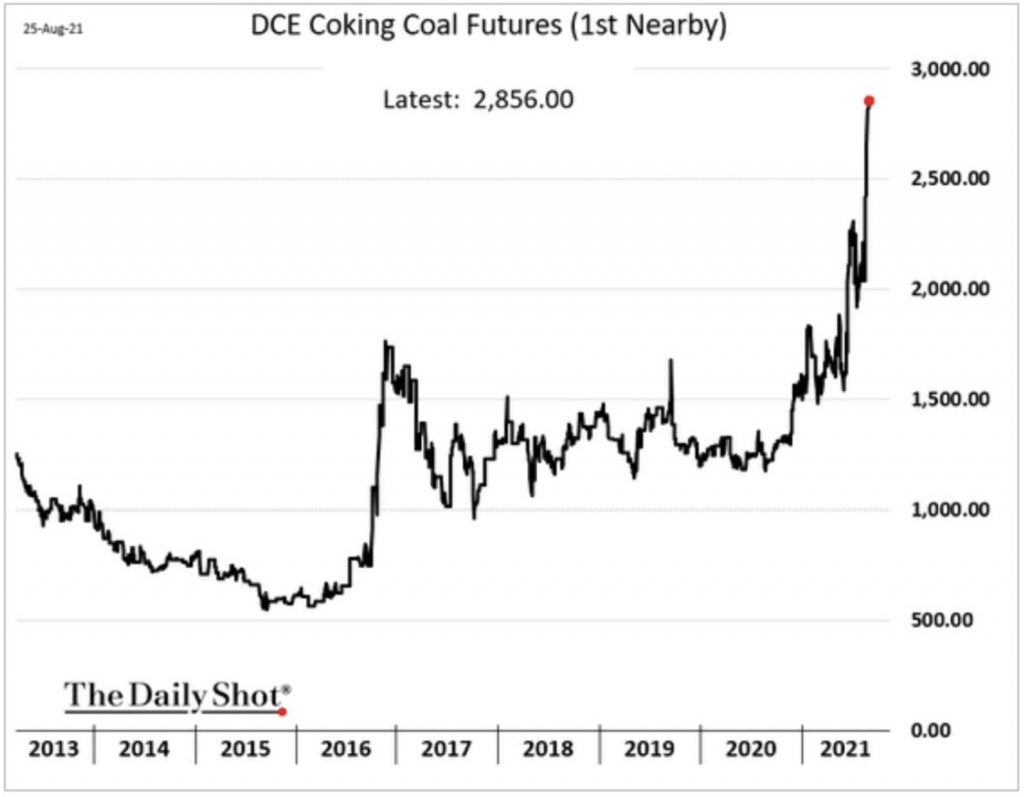 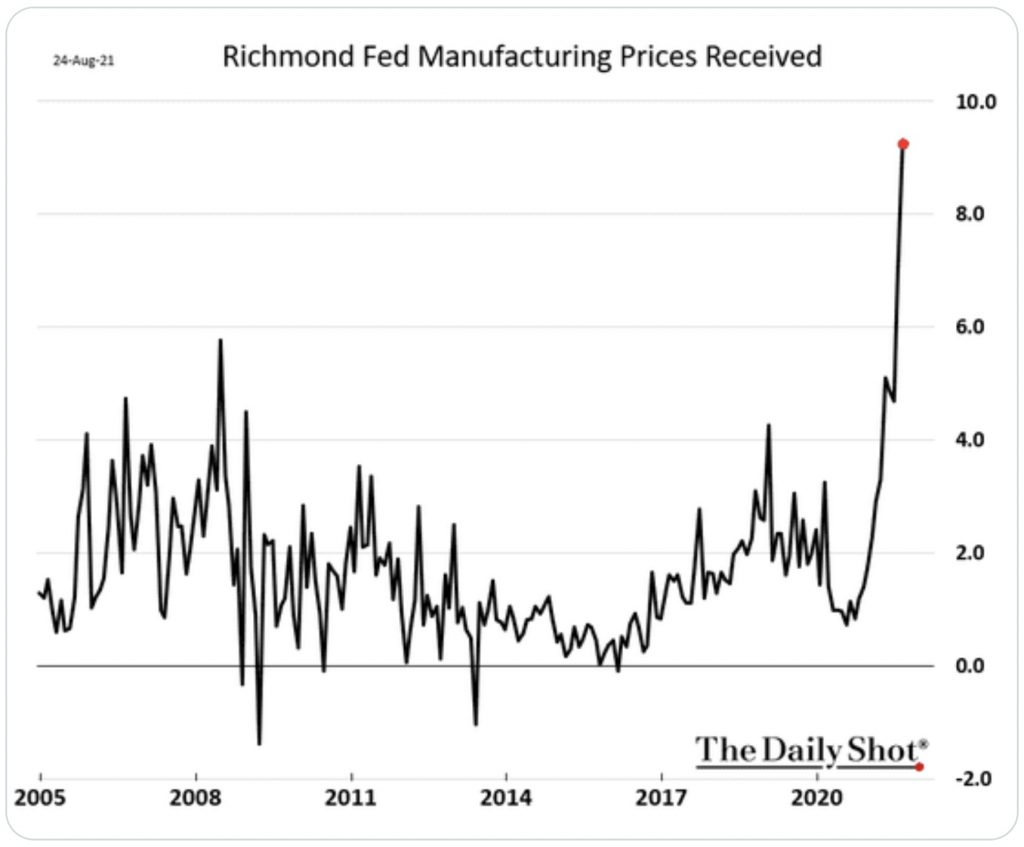 Inflation Fears Creating Rally In Gold & Silver
King World News note: Inflation fears are causing a big move into physical gold in places such as Germany. The Germans are all too familiar with the dangers of inflation and currency destruction and are one of many countries aggressively moving into gold. 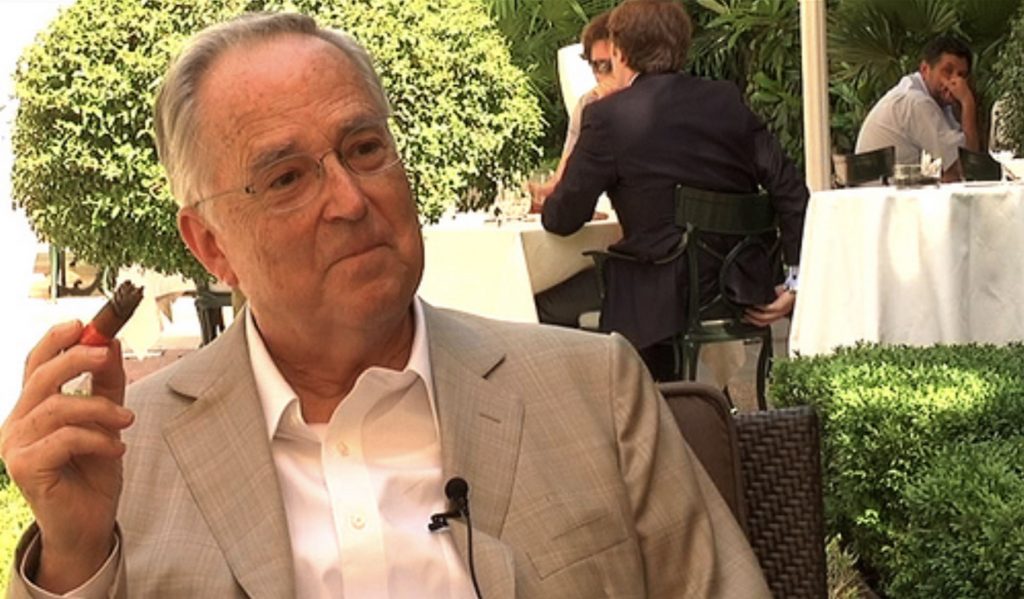 When President Nixon declared, on August 15th, 1971, that US deficits on its Balance of Payments would no longer be paid off in GOLD, the US was already on an unstable economic path. The elimination of further payments in gold, to cover the deficit in exports, was a sign of economic weakness on the part of the US.

The fact is that the US has been an economically sick country for many, many years, far before August 15th 1971, the date when the US refused to pay for its export deficits, with gold…

The US was already an economically sick country way back before the time of Franklin Delano Roosevelt´s presidency, when he finally got together with Henry Morgenthau in 1933 and decided to raise the price of gold, (i.e. lower the value of the dollar) from $25.69 to $35 Dollars a Troy ounce. (Furthermore, Roosevelt issued orders forbidding US Citizens from owning gold.)

Roosevelt screwed the foreign creditors of the US, who expected to be paid one ounce of gold for every $25.69 Dollars they were owed for their exports to the US, and paid them only one ounce in exchange for $35 Dollars of debt owed.

“The return to a gold standard” implies that the US must adopt a completely new way of life, which it has not followed since the 19th Century!

This is simply not going to happen.

Please consider how many millions of Americans are living today, thanks to the absolutely humongous DEBT racked up by the US over a hundred years of fiscal mismanagement. Millions of Americans today, are alive because the US Government issued DEBT in order to obtain Dollars, for spending to maintain “the American way of life” when it was far beyond the economic ability of the American people to pay GOLD for such a way of life.

And what this implies is that, having ceased to receive the benefits of the fiat money US Dollars by innumerable channels, tens of millions of Americans will have to starve to death, because they will not have the gold with which to pay for their living expenses.

I repeat, this is simply not going to happen.

The world is most definitely, not going to return to the gold standard until some date in the future.

1. One road ahead, is for the US Government to realize that it cannot suppress the market price of gold indefinitely. A series of steps must be taken, to devalue the Dollar to many thousands of Dollars per ounce of gold…

Though enormously devalued, the Dollar will still circulate, simply because the population has no other means of payment at hand. The case of Weimar Germany in 1923 comes to mind. Life went on, with people moving wheel-barrow loads of paper money, in order to buy some food, until a monetary reform was effected.

The devaluing Dollar will have the immediate effect of reducing the amount of imported goods coming into the USA, and immediately reviving local industry and putting millions of Americans back to work – the best therapy for a discouraged nation.

A monetary reform to gradually re-introduce gold coin into circulation in the US, as it gathers in multi-trillions in Dollars – perhaps “electronic dollars” – and delivers minute quantities of gold (or perhaps silver?) to the individual citizens in return, would have to accompany a new attitude of the US with regard to its international relations.

A great part of the travail suffered by the US in the course of the 20th and now the 21st Century, derives from its ingrained assumption that it is the supreme nation on this earth, destined to dominate and rule the whole world. The US will have to abandon this assumption and accept that it is simply one of many nations in the world, and cannot and must not attempt to impose its will on the whole world. Consequently, the US will have to banish “militarism” as one of the key supports to its political union, and thoroughly reduce its spending on the Military to a bare minimum.

That is, those who govern the US must accept and support the idea that “The Business of America is Business, not War.”

Recent events in Afghanistan are pointing in that direction. Historians of the future will be asking themselves: “What on Earth were American troops doing in Afghanistan, of all places?”

The fundamental problem of the USA is the form of its government; the country was founded as a Republic, in which only a few highly qualified men participated in public affairs; however, in the course of time the USA transformed into a Democracy, a system of government based on the votes of both men and women, and of both beggars and the wealthy: a system that invariably accepts the desires of the population far beyond the availability of resources, which leads to monetary inflation and the devaluation of the currency, as well as the need to wage war to in order to win the supporting votes of the population.

2. The alternative is a Third World War. The US government, unable to contain a collapsing social order, and forced to continue paying for imports with a Dollar that is devaluing daily (due to Monetary Easing by the Federal Reserve), will tell the population of the USA that it is encircled with enemies who seek to destroy the USA, and that Americans must “fight to the death, for their Freedoms”.

The outcome of a Third World War will be the disappearance of the United States of America and its Democracy.