Look At The “Scariest Chart In The World”

Here is a look at the “Scariest chart in the world.”

The NASDAQ was above the 55 month moving average on a monthly close basis for 10 years and 1 month until Feb 2001 (The same month that we revisited and closed below the 200 week MA).

That ultimately paved the way for a move to the 200 month MA in Sept- October 2002 off which it posted a bullish outside month for the first time in the downtrend ending the bear market.

We have now been above the 55 month moving average on a monthly close basis for exactly 12 years at the same time that we are re-testing the 200 week MA.

A monthly close below, if seen, would suggest a danger of an extended move to the 200 month moving average as we saw in 2002. 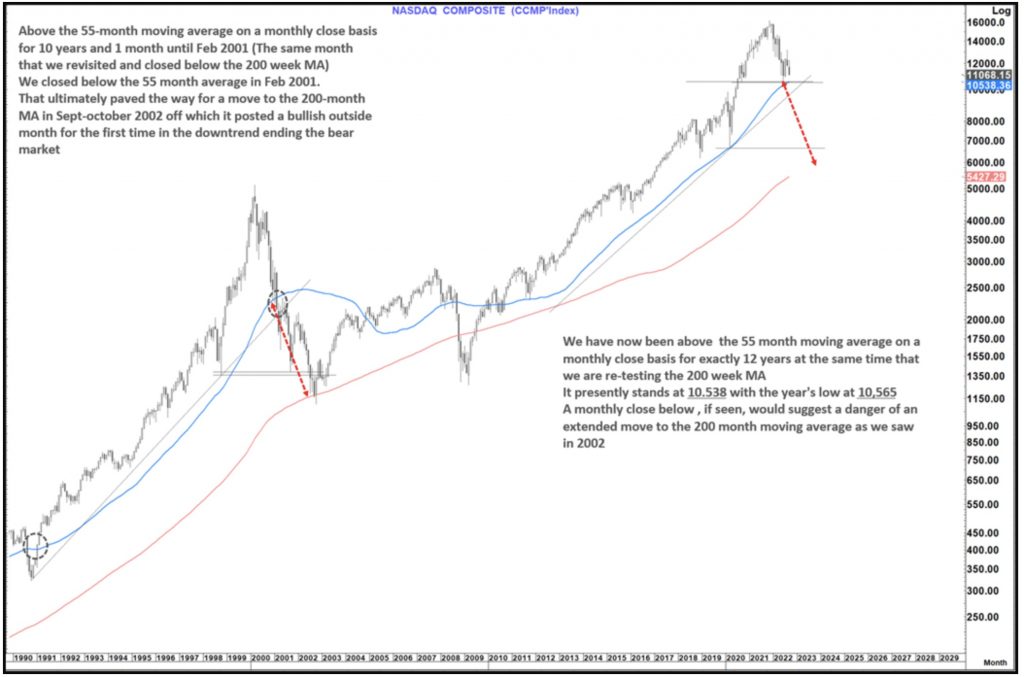 In that respect there are a few things to note.

This is suggesting that the bear market in equities is likely longer and deeper.

During this period the average fall (S&P) was 52% high to low over 24 months.

We are also refocusing on the S&P as we head yet again towards levels that could constitute a bearish outside year for only the 4th  time in nearly 100 years (The others being 1937, 1966 and 1973).

In 1973 the S&P went below the level that was needed for bearish outside year in July and bounced. It then went back below it in November (4 months later) resulting in a sustained break and a bearish outside year at the December close. That set the store for a 30% fall in 1974 and a high to low drawdown in 1973-1974 of 48%.

The 1973-1974 backdrop is the one that resonates most with us and the S&P still tracks that analog quite well. 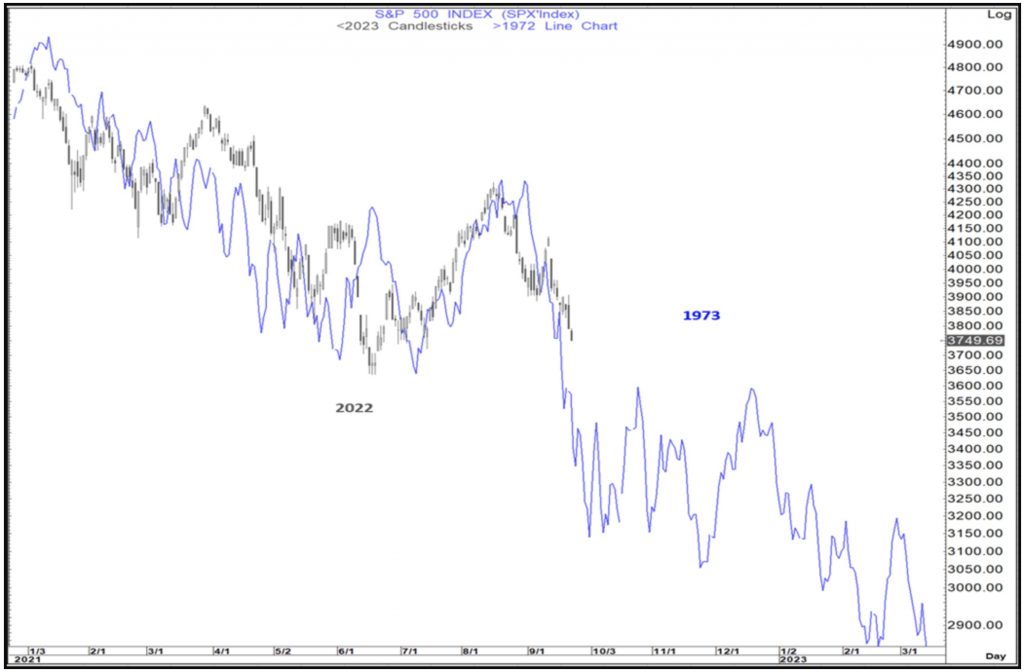