As the Dow breaks through the 18,000 level and the U.S. Dollar Index surges through 90, below are two incredibly fascinating 45-year charts of the silver market as we come to the end of 2014.  This is the type of thing that the big banks follow closely, as well as big money and savvy professionals.  David P. out of Europe sent us the two key charts of silver.

The first chart is a long-term (monthly) look at the price of silver going all the way back to 1968 (click on the chart to enlarge): 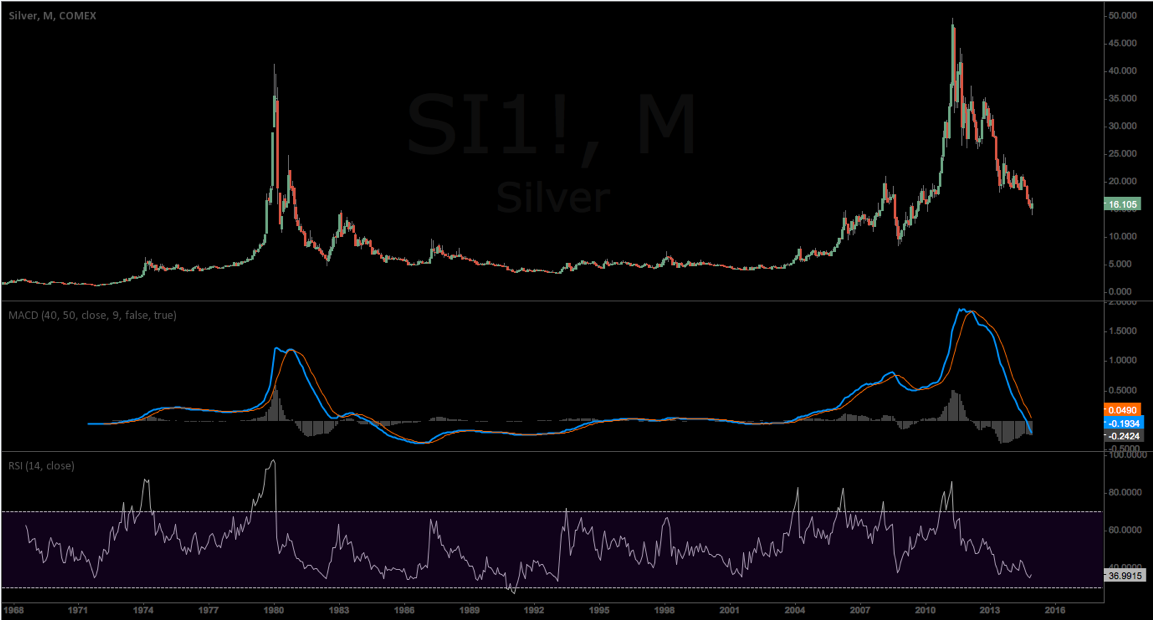 The second chart below is a long-term (weekly) look at the price of silver going all the way back to 1968 (click on the chart to enlarge): 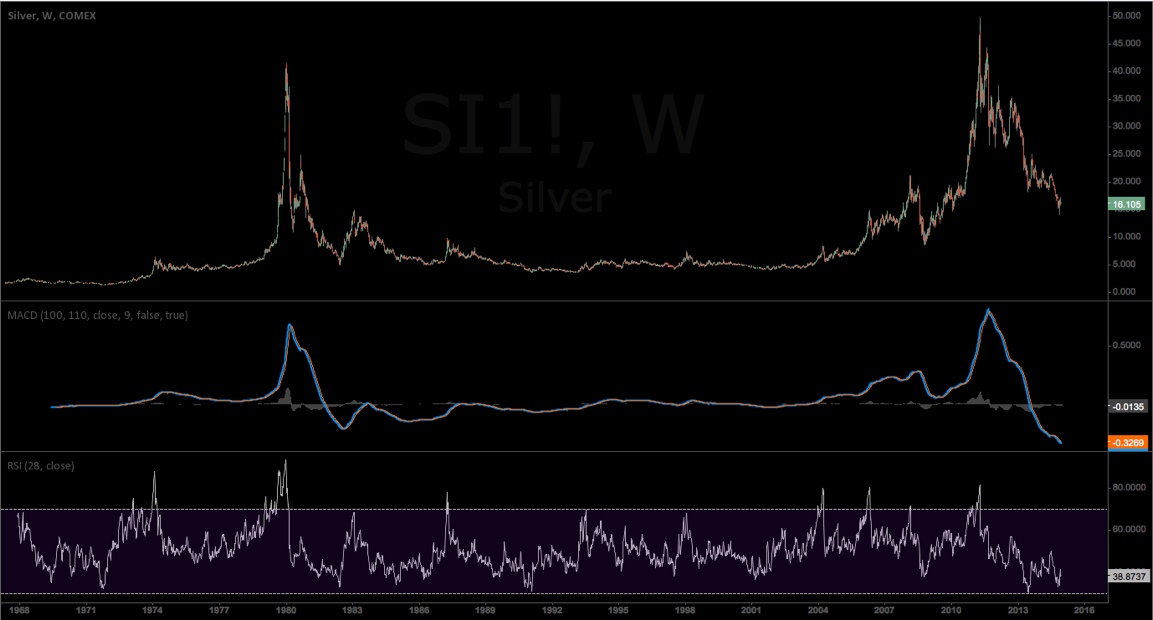 As you can see, the MACD indicator is buried at the lowest level in the past 50 years.  When the silver market finally turns, it will be in for a remarkable rally to the upside.  2015 is most likely the year we see that historic rally.