As the world edges closer to the next crisis, today the man who has become legendary for his predictions on QE and historic moves in currencies and metals warned gave King World News that the destruction of the world economy will unleash more global panic and market crashes.

Something Is Rotten
October 20 (King World News) – Egon von Greyerz:  “Something is rotten in the state of Denmark the world (from Shakespeare’s Hamlet). 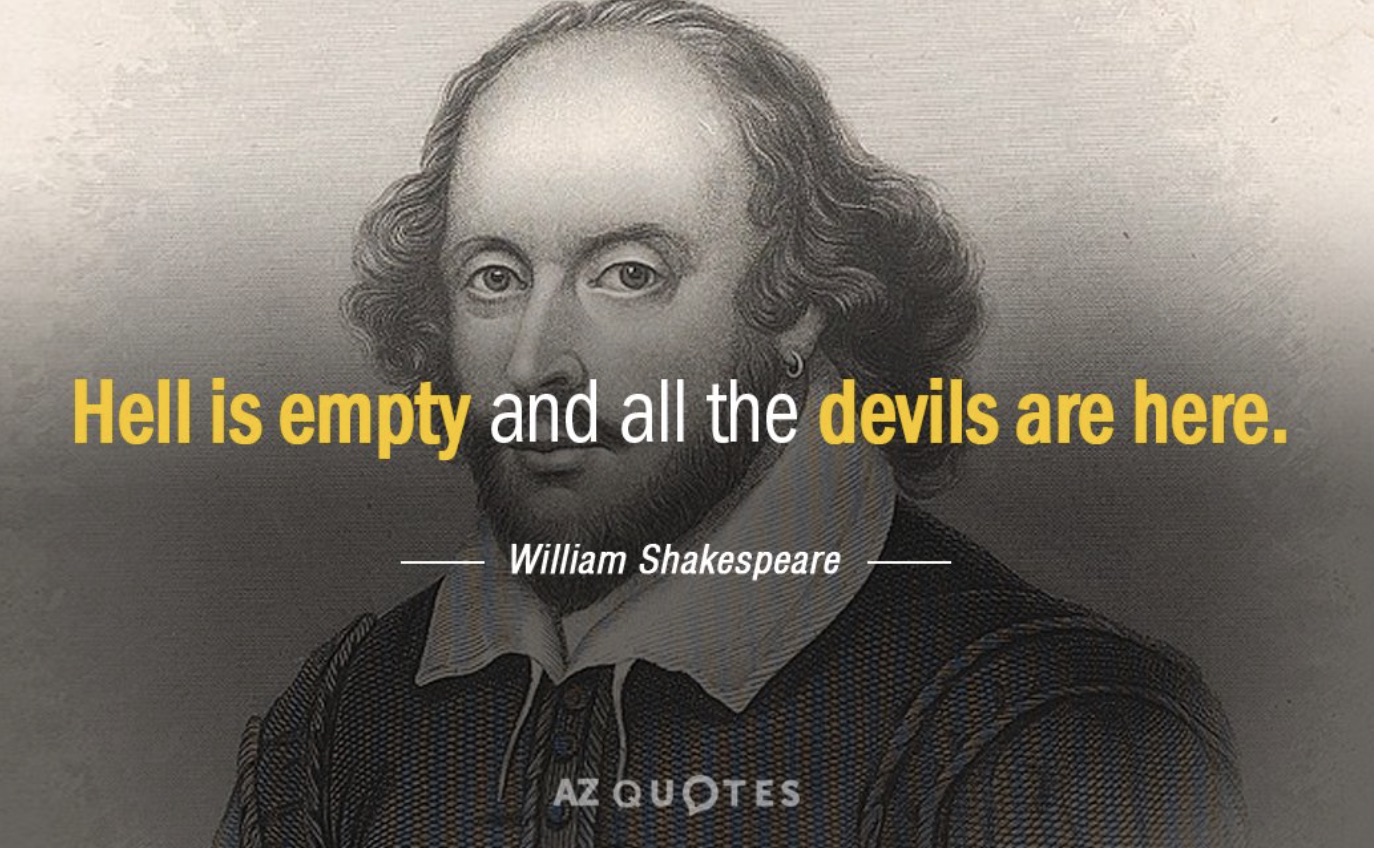 In a world that cannot survive without incessant deficit spending, money printing and negative interest rates, there is clearly something very rotten. It is not only rotten but it stinks! Yes it stinks of lies, deceit and moral decadence. So why doesn’t anyone stand up to tell the world where we are heading? Well, for the simple reason that no politician can tell the truth. Because if they did, they wouldn’t be elected. The principal purpose of any politician is to buy votes and to get votes you can never speak the truth.

Also, there are so many vested interests with unlimited rewards. The moneymen who control the financial system have everything to gain from creating false markets, false money and false interest rates…

The Roman philosopher and statesman Seneca said: “Veritas Nunquam Perit” (The Truth Never Perishes). That might very well be true but it can be suppressed for a very long time as we are seeing now all around the world.

Let us first consider the biggest lie, which is money. For 5,000 years, the only real money has been gold and at times silver. Whenever the financial system has deviated from that simple principle by creating false money, whether that is silver coins filled with zinc or copper or just printed paper money, it has ended in disaster for the world.

And that is where we are heading now. A catastrophic course of events was triggered when Nixon closed the gold window on August 15th, 1971. Since then global debt has exploded and all currencies have imploded. Debt, derivatives and unfunded liabilities have gone from manageable amounts in 1971 to over $2 quadrillion today. And every single currency has lost 97-99% in real terms.

The Destruction Of The World Economy
As I mentioned last week, the world, the politicians and the UN are all focusing on the wrong problem. The destruction of the world economy will have consequences of a magnitude that is exponentially greater than climate cycles. We are now at the point when we will not be able to change the course of either of the two. Climate is determined by very long cycles that humans have virtually zero influence on. As regards the financial system, there was a time when it could have been saved. But that time is long gone. Now we just have to let it take its course which will be totally catastrophic for the world.

So why is no one seeing what is happening and why is no one standing up to say that the Emperor is totally naked? The truth is very uncomfortable and painful but it does never perish. It is an incontrovertible fact that virtually all the fiat money that is created by governments, central banks and commercial banks is totally worthless and therefore false. If a government prints money out of thin air to cover deficit spending, that money has ZERO value since all the work required to create it was to press a button on a computer.

We also know that the money has zero value because no bank or central bank is prepared to pay interest on deposits. Instead, because money is worthless, these bankers want to be paid to hold the money. It is really quite logical. Why should you pay interest on money which has zero value? And when a bank receives a $1,000 deposit and then lends out that same money ten times or more, that money is also worthless since it has cost $0 to issue the loans. It is the same with a credit card company, or car financing, they all issue fake money created by the use of a button.

A Vicious Cycle
It is this vicious cycle of money printing that has inflated asset bubbles to an extreme today. We all know what happens when a bubble gets too big — IT POPS! And when it pops, all the air that was inside the bubble just disappears.

For the ones who don’t understand what this means, let me explain. Let us start with the asset bubble. When the global stock, property and other bubble asset markets pop, all these assets will lose at least 95%of their value in real terms. The best way to measure real terms is obviously gold since that is the only money which has survived and maintained its purchasing power for thousands of years.

I know that the above two paragraphs are a very simplified explanation of what will happen over coming years, but hopefully it makes it easy to understand.

These events will obviously not happen in one go. It will most likely start first with stock markets crashing, which will put pressure on credit markets. More QE will follow but that will only have a short term effect.

There Will Be More Crashes
There will be more crashes, more money printing, inflation, hyperinflation, credit defaults and bank defaults. It will all unravel relatively quickly until their will be a deflationary implosion of most assets. I outlined it briefly in my article last week called “Global Warning”. We had the first clear signals from several major central banks that something was rotten in the world financial system already in August when the Fed, ECB and BOJ all declared that they would do what it takes to support the system. I wrote about this important event in my article from August 25th.

Then in September the Fed started overnight Repos of $75 billion increasing to $100 billion. They also undertook 14 day Repos of $30 billion increasing to $60 billion. Following from that the Fed has now announced that they will start QE of $60 billion per month. But we mustn’t call it QE according to the Fed. So let us just call it money printing because that is what it is.

Either Way They Are Doomed
The President of the Minneapolis Fed said, “This is not about changing the stance of monetary policy. This is about making sure markets are functioning. This is kind of just a plumbing issue.” He is of course right, it is a plumbing issue. But the problem is that the financial system is leaking like a sieve with no chance of plugging all the holes. Between the end of 2017 and 2019 the Fed reduced its balance sheet by $700 billion from $4.5 trillion to $3.8 trillion. As always, the Fed hasn’t got a clue. They didn’t understand that there was no chance to take away the punch bowl from a system that couldn’t survive without a constant feed of more printed money. The problem is that the system won’t survive with more money printing either. Because you can never solve a debt problem with more debt. So either way they are doomed.

So the Fed is now joining the ECB and will now start to print € 20 billion a month indefinitely. The BOJ has of course never stopped printing. They own 50% of all Japanese bonds and are supporting the stock market aggressively. The BOJ balance sheet has gone up 8X since 1999 and is now Yen 560 trillion ($5 trillion).

Yes, the system is rotten and is now starting to smell. The actions by the Fed, in particular, in the last few weeks smells of panic. Is there a problem with JP Morgan, or Bank of America or maybe the Fed is supporting the bankrupt Deutsche Bank? We will probably soon find out where the biggest pressures are. On top of the bank problems, corporate debt is getting riskier by the day. The financing of companies like We Work and Merlin are clear signs of how dangerous this market has become. The central banks are already fighting fires and so far very few people are aware of the fires. But it is only a matter of time before these pressures in the financial system will spread like wildfires.

Investment markets will soon reflect the risks in the financial system. Stock markets are likely to fall heavily this autumn and the precarious month of October isn’t over yet. But potentially the fall might not happen until early next year. Regardless, the risk is there today. And the dollar is extremely weak. In spite of paying the highest interest of any major currency, the dollar is now weakening and is probably staring the final leg to ZERO.

Finally…
Finally, the precious metals have merely just started to reflect the risks in the financial system. The small correction that we are now seeing will soon be finished. But no use worrying about these small movements in the metals. Physical gold and silver will soon start their journey to multiples of today’s prices. But more importantly, they will be life savers as the financial cycles crumble…For those who would like to read more of Egon von Greyerz’s fantastic articles CLICK HERE.