On the heels of Paul Tudor Jones Bullish comments on gold, a monumental shift in sentiment just took place in the gold market.

A Monumental Shift In Sentiment
June 13 (King World News) – The chart shows one of the biggest 10-day optimism changes in the gold market (see chart below). 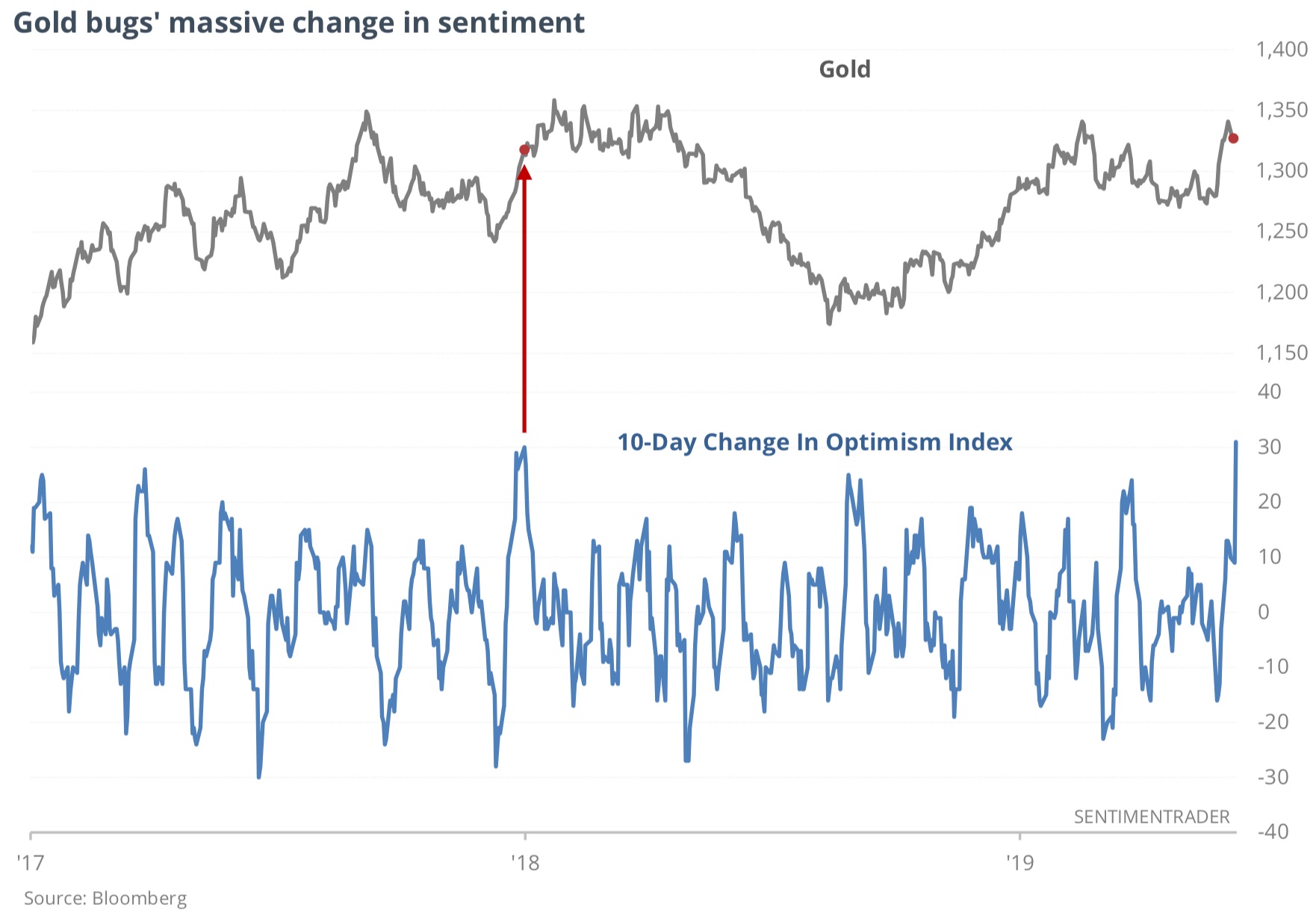 IMPORTANT:
To learn which junior explorer may have just made one of the biggest discoveries in the world CLICK HERE OR ON THE IMAGE BELOW
Sponsored 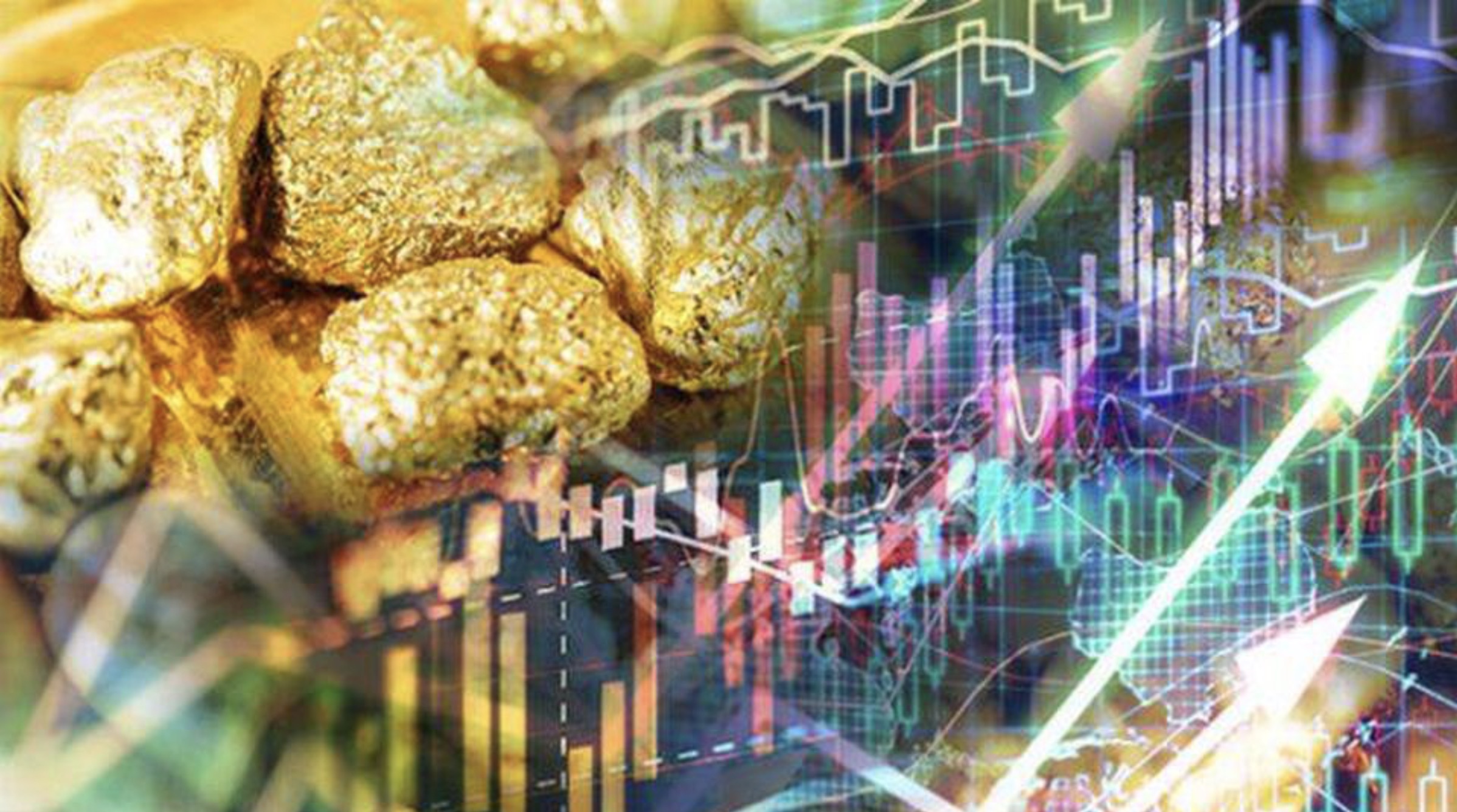 Stepping back, here is a look at 10 & 25 year charts of sentiment in the gold market. Not at extreme levels from a big picture perspective, despite the monumental shift in sentiment (see both charts below).

10-Year Chart Of Sentiment In The Gold Market 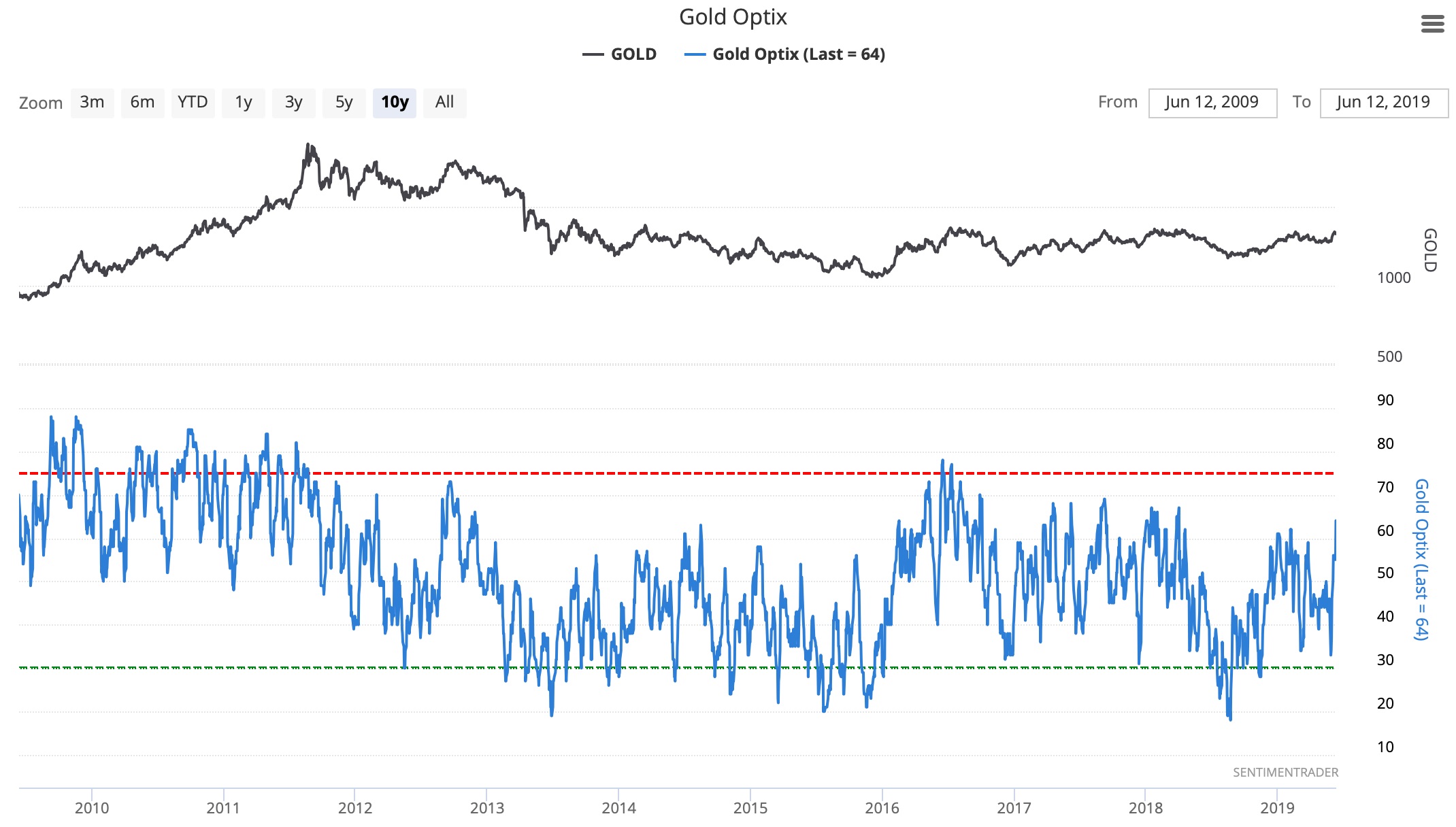 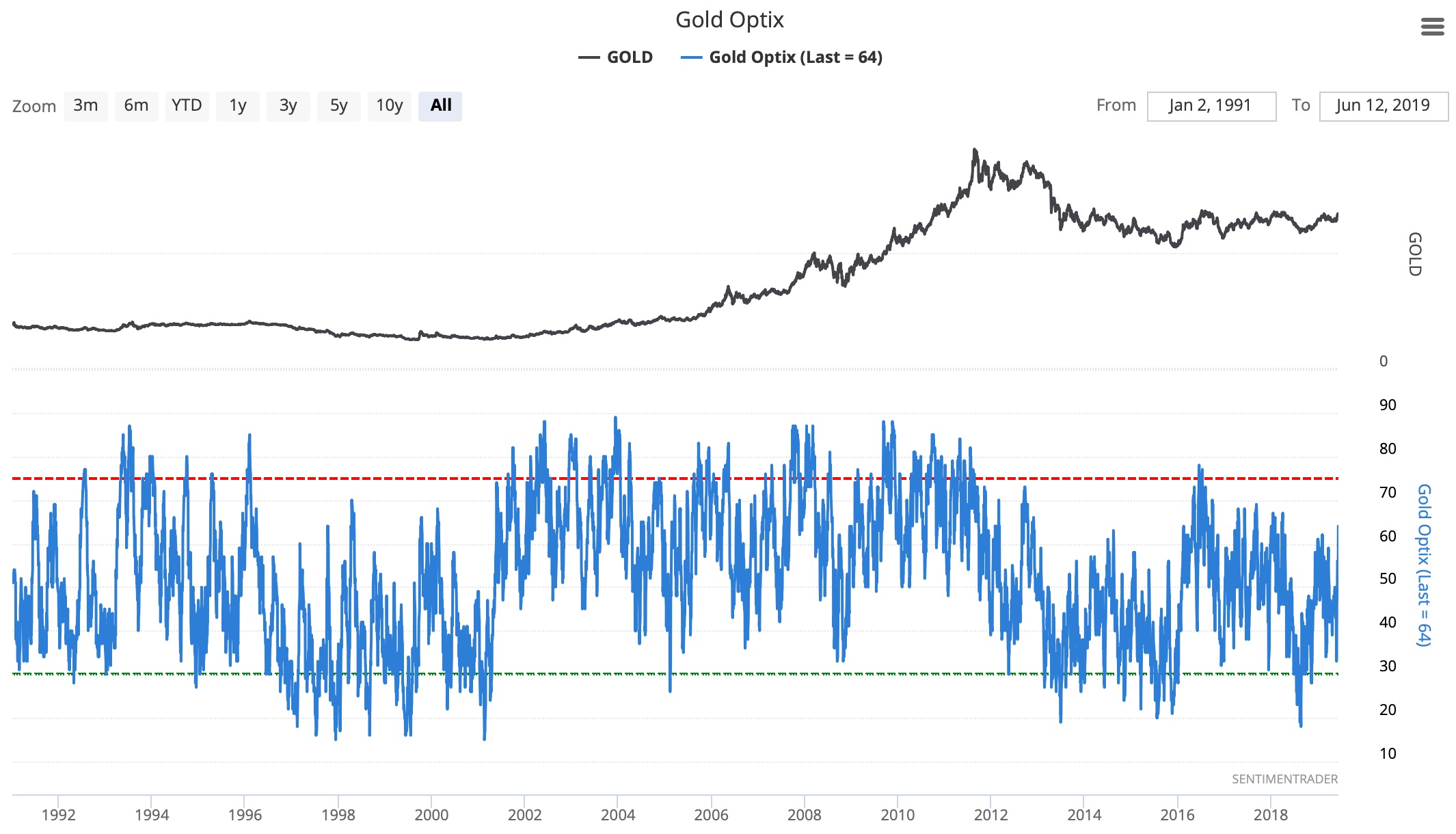 Eric King:  “Ivan, your company’s stock hit another 52 week high yesterday and today you have released the first historic drill results from the Sombrero project. Normally stocks take a breather after news, especially since you have been the top performing exploration company in the world in 2019, but can you talk about today’s news?”

Sombrero – A Major Discovery In Peru
A Major Discovery – Ivan Bebek:  “This is a major result for us today as it shows the first look at the third dimension of Sombrero where our thesis that we could be onto a cluster that could potentially represent the copper-gold version of the Las Bambas district in Peru. The holes we assayed, although drilled in 2013 by a steel company looking for Iron skarns and drilled primarily within the sediments vs. the limestones, have confirmed our speculation that the impressive surface results continue at depth in a part of the Andes where some of Peru’s largest mines occur.

6 Major Targets, 6 Possible Major Discoveries
Our model has been validated and we have a finger print for the entire district in our northern claims where we have 6 major targets with multiple high grade copper and gold occurrences on surface in addition to Sombrero main.

Significance of the Results:

Auryn Resources, the top performing exploration company in the world in 2019, symbol AUG in the US and Canada. To read today’s exciting press release CLICK HERE.