Last time this happened gold surged $800. Here is a stunning look at gold, mining stocks, real estate and the everything bubble.

Buckle Up Gold Traders
June 23 (King World News) – DER GOLDREPORT:  In the new reporting week, COMMERCIALS have reduced the short position from -316,851 to -300,495 contracts. Individually, this is the lowest short position since May 2019. I have marked this date for you in the gold price chart: 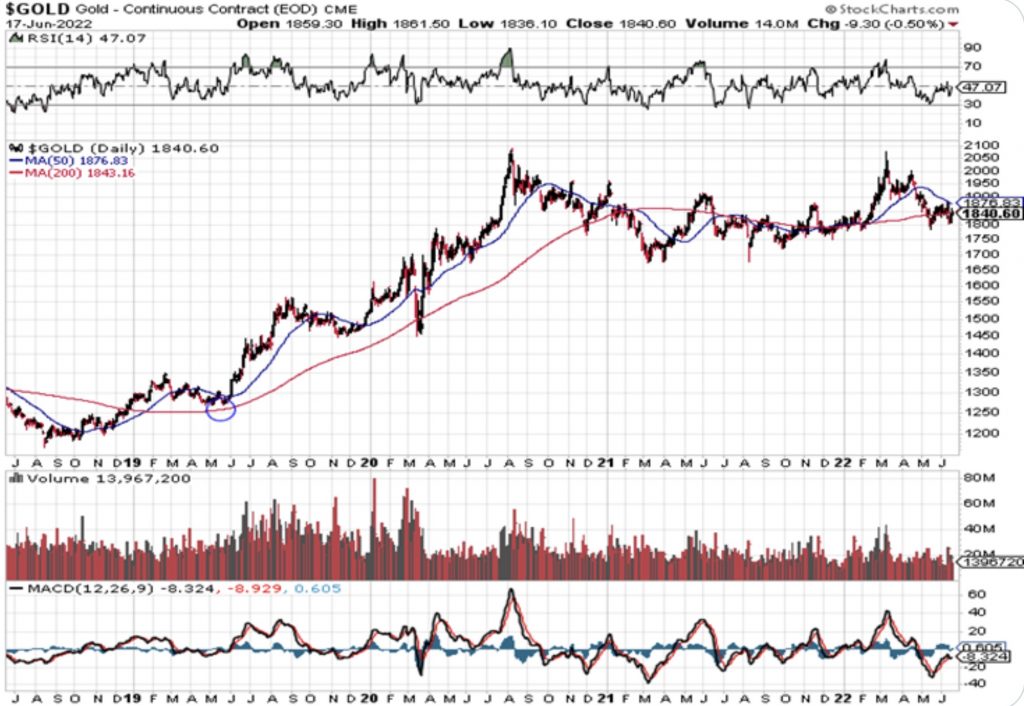 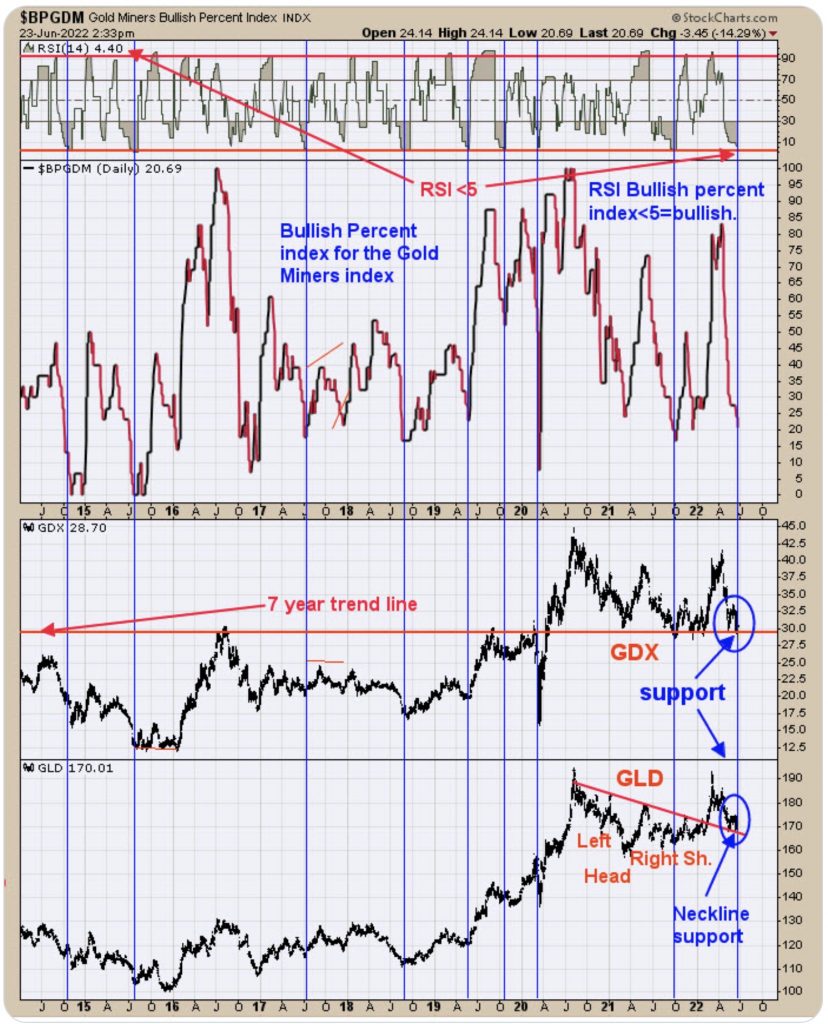 At The End Of The Brutal Selloff In Mining Stocks
Fred Hickey:  Gold Miners Bullish Percent Index (BPGDM) fell to 20.7% today. I doubt this miner selling will last beyond another week (possible more quarter-end dumping). I expect to be buying every day until the dumping ends. I’ve got my basket out in order to catch the incredible bargains…

QT Seems To Be Bullsh*t
Sven Henrich:  Since QT began in June the Fed’s balance sheet has actually increased 3 weeks in a row. Bravo.

Race To Print Money
Holger Zschaepitz:  The Bank of Japan has overtaken the Swiss National Bank (SNB) to take the lead in the global race to print money. BoJ’s Total assets have swelled to 137% of GDP. SNB’s balance sheet equals ‘only’ 135% of Swiss GDP.

BoJ & SNB Battling It Out For #1 Money Printer 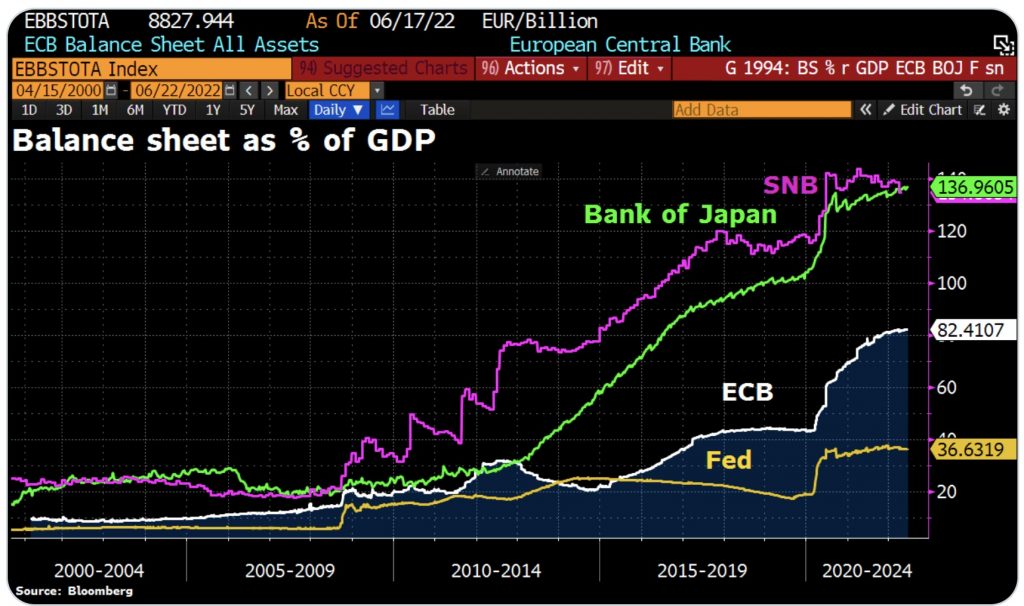 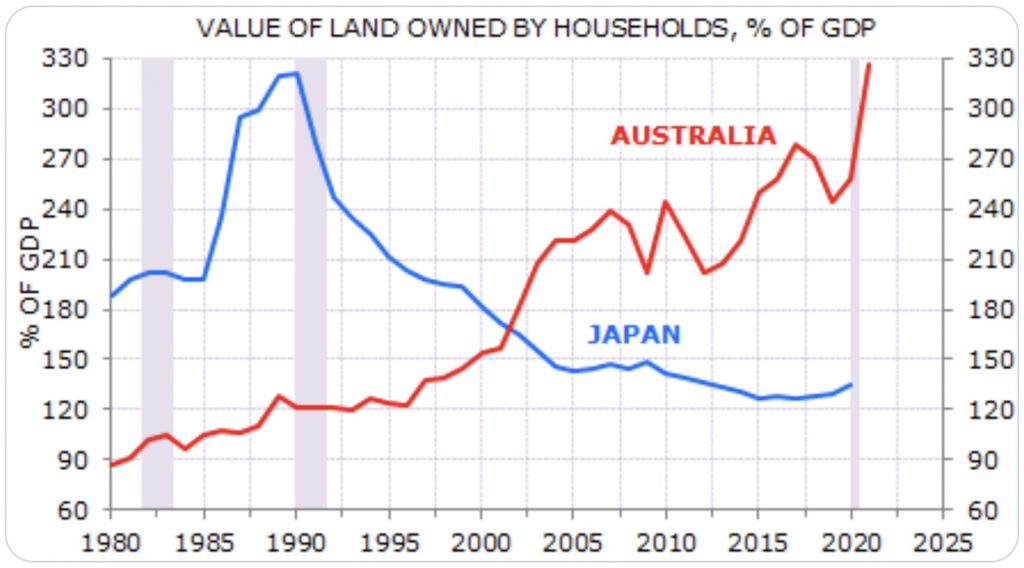 Bad Omen
Otavio Costa:  Amazes me how much commodities are falling despite major supply constraints. That tells me how bad economic activity and corporate earnings are likely to be in the next months.

Yes, The Global Economy Really Is In Big Trouble 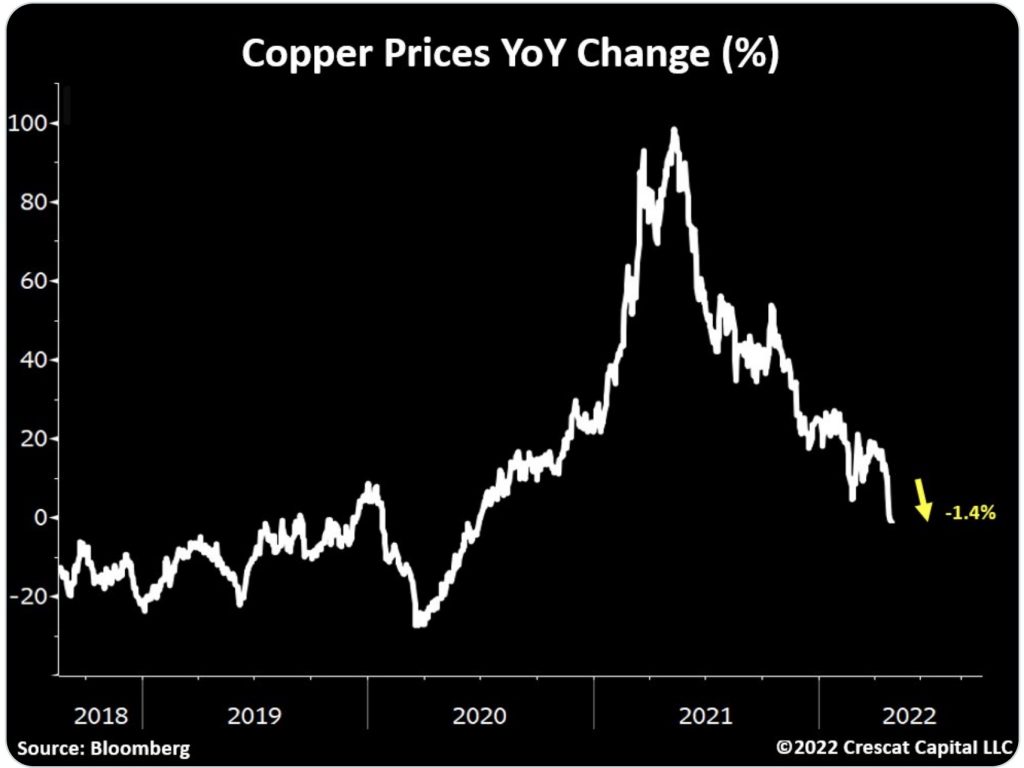