The massive volume in the gold and silver markets indicates a selling climax may be at hand.

Selling Climax At Hand
May 13 (King World News) – Alasdair Macleod:  The sell-off in gold and silver accelerated this week. Gold traded at $1822 in Europe this morning, down $61 from last Friday’s close, and silver at $20.80 was down $1.50. Comex volumes in both contracts were high on the sell-off.

High volumes and steeply falling prices tell us that this is a selling climax. Hedge funds long gold futures are short the dollar, and exposed to a developing currency crisis in the euro, the yen, and sterling, which is driving the dollar higher on the foreign exchanges. But hedge fund positions are no longer significant.

The shorts, mostly bullion bank traders, see how wrongfooted the speculators have been and are driving futures’ prices lower. Our next chart shows how little ground the Swaps have clawed back. 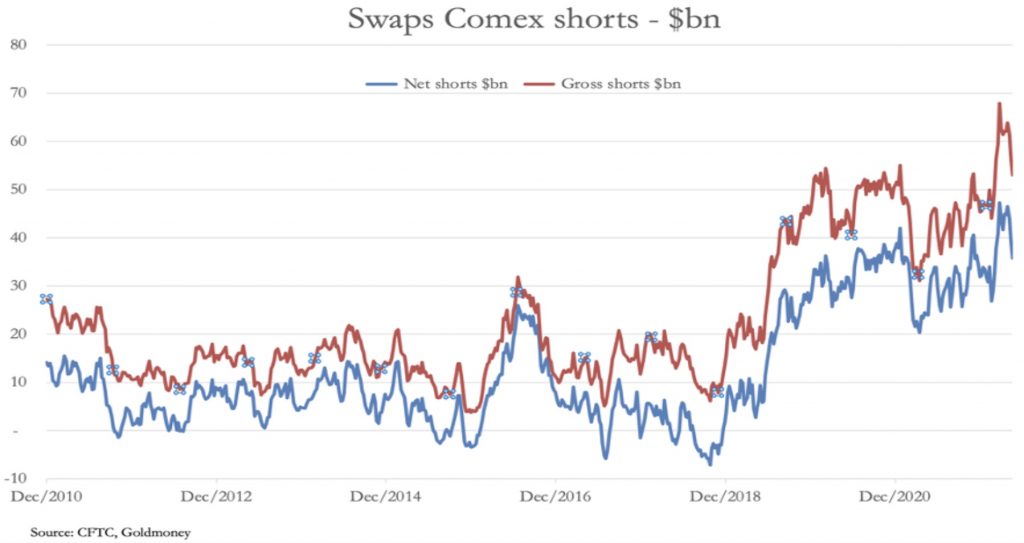 From a record gross short position of $67.9 billion on 8th March shared between 25 Swaps, gross shorts on the 3 May stood at $53bn. But as the chart shows, this is far from the days when gross shorts of $30bn were viewed as extreme.

Rising and high dealing volume tells us that the selling climax is at hand. It is not unusual to see macro investors with their Keynesian training viewing a fiat currency and not gold as a haven in troubled times. In the weeks after the Lehman failure, the dollar rose, reflected in a gold price that fell from $930 to $680, before international sense took over pricing from panicked paper dealers and subsequently drove the gold price to all time highs of $1921 over the next three years.

The same dynamics are at play today. But the Managed Money category, comprised of pairs-trading hedge funds, are probably net long less than 50,000 Comex contracts, under half their neutral position. Interestingly, it is the Other Reported category which is holding up on the long side.

Dominated by money not driven by pairs trades, the Other Reporteds are more likely to stand for delivery. Since the year-end physical deliveries have totalled 6.8 million ounces (212 tonnes).

Silver has been hit hard in this sell-off, driving the gold/silver ratio back up to 87 this morning. This is up next. 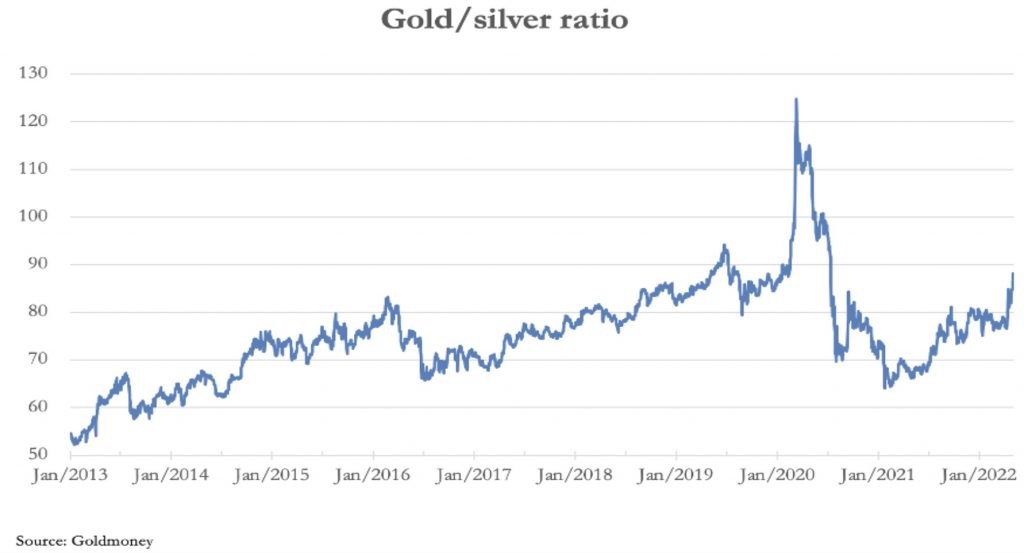 So, what is driving it all?

Investors in financial assets are waking up to the consequences of rising consumer prices. They see interest rates rising at a time when economies are stalling. It is a lethal combination for equities, and the S&P has fallen 18% from its peak on 3 January, and the NASDAQ by 27%. Correlating with NASDAQ, cryptocurrencies are also falling. Relative to gold, bitcoin is at an interesting juncture. 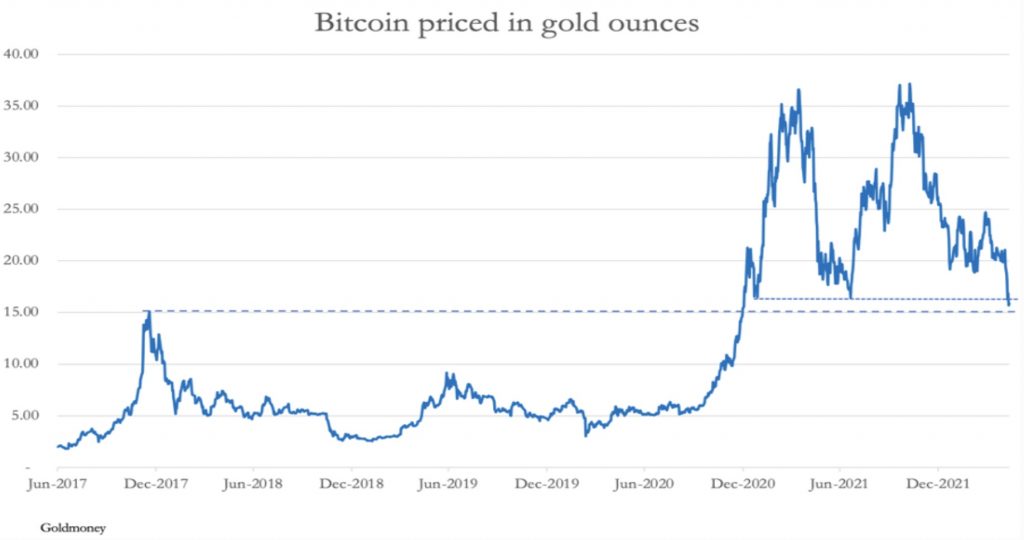 Support from June 2021 has failed, and now the old high in late-2017 is being challenged. The evidence is tipping towards a massive top for BTC relative to gold.

Returning to gold itself, the increase in volumes at these junctures tells us that the old money, controlled by wise experienced actors, is taking the opportunity provided by panicking hedge funds. Remember Rothschild’s dictum: “I buy when there is blood on the streets.”