With stocks rallying the public is going “all-in” again on stocks, but the big surprise is not one, but two records have just been broken.

Public Going “All-In” (Again) On Stocks
May 18 (King World News) – Jason Goepfert at SentimenTrader:  Sentiment is most reliable at extremes, and there is no clear one at the moment. It can also be used in a trend-following way, as we typically want to side with whichever way sentiment is heading. The tricky part about that now is sentiment is around the general level that often precedes trouble during bear markets. Maybe we’re in a new bull market, but that isn’t clear, either.

Another issue is just how extreme some of the shorter-term indicators are. When we look at a group of traders who tend to be wrong at emotional extremes, the warning sign is clear…

Last week, the smallest of options traders, those with trades for 10 contracts or fewer at a time, opened a new record of net bullish positions.

When we net out the bullish and bearish positions, we can see those small traders set a new record last week. There is no data we follow that is more worrying than this. 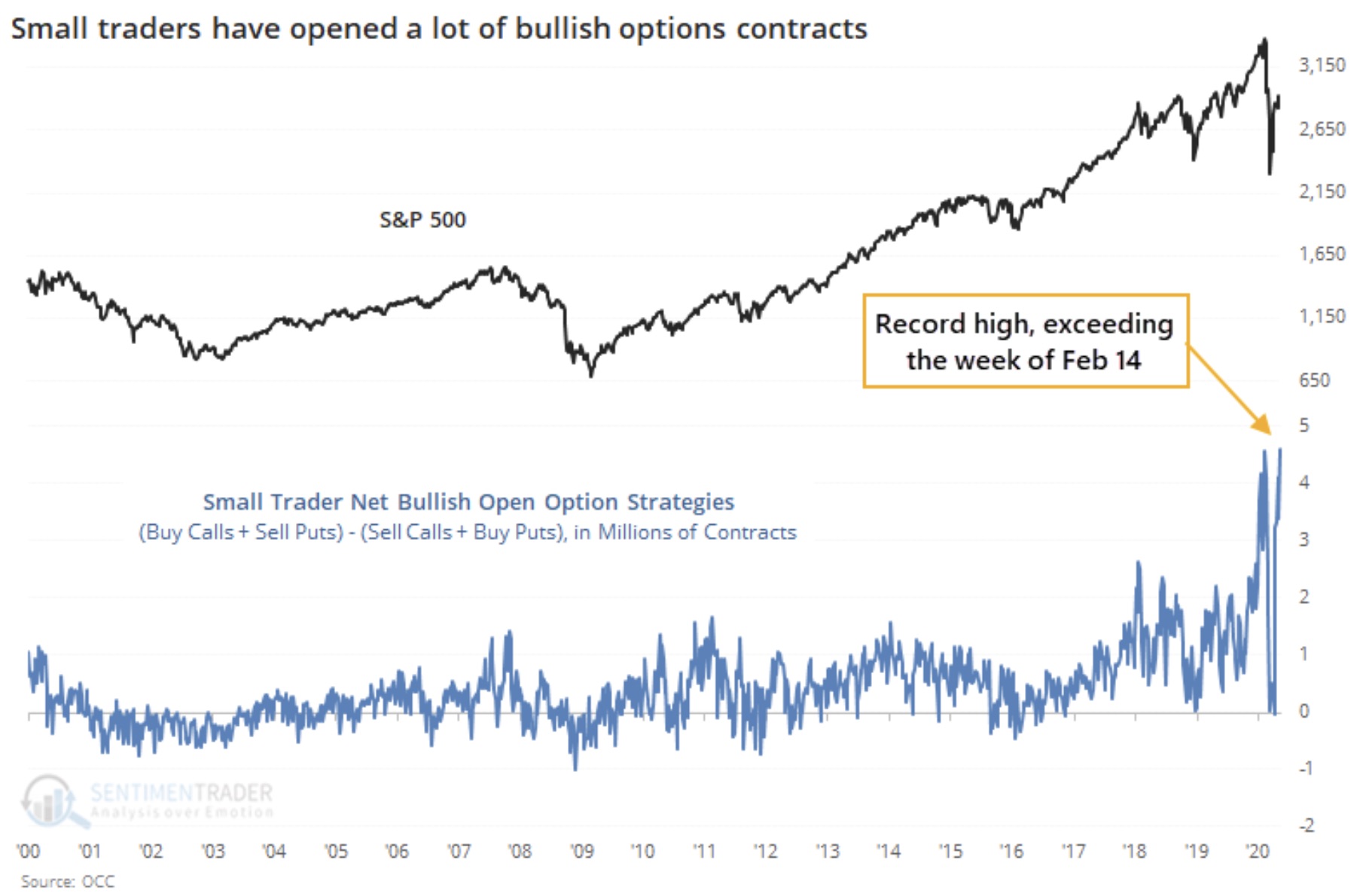 The prior record was February 14, about the peak of the bull market. There have been some very wide swings in 2020 as volume exploded, and a relatively high spread in 2014 (compared to prior years) didn’t lead to anything more than a few weeks of choppiness, but big extremes in this data have consistently led to poor market returns.

…the spread between small trader and large trader net bullish positions has also hit a record high. It has soared over the last couple of weeks like it did in 2008. 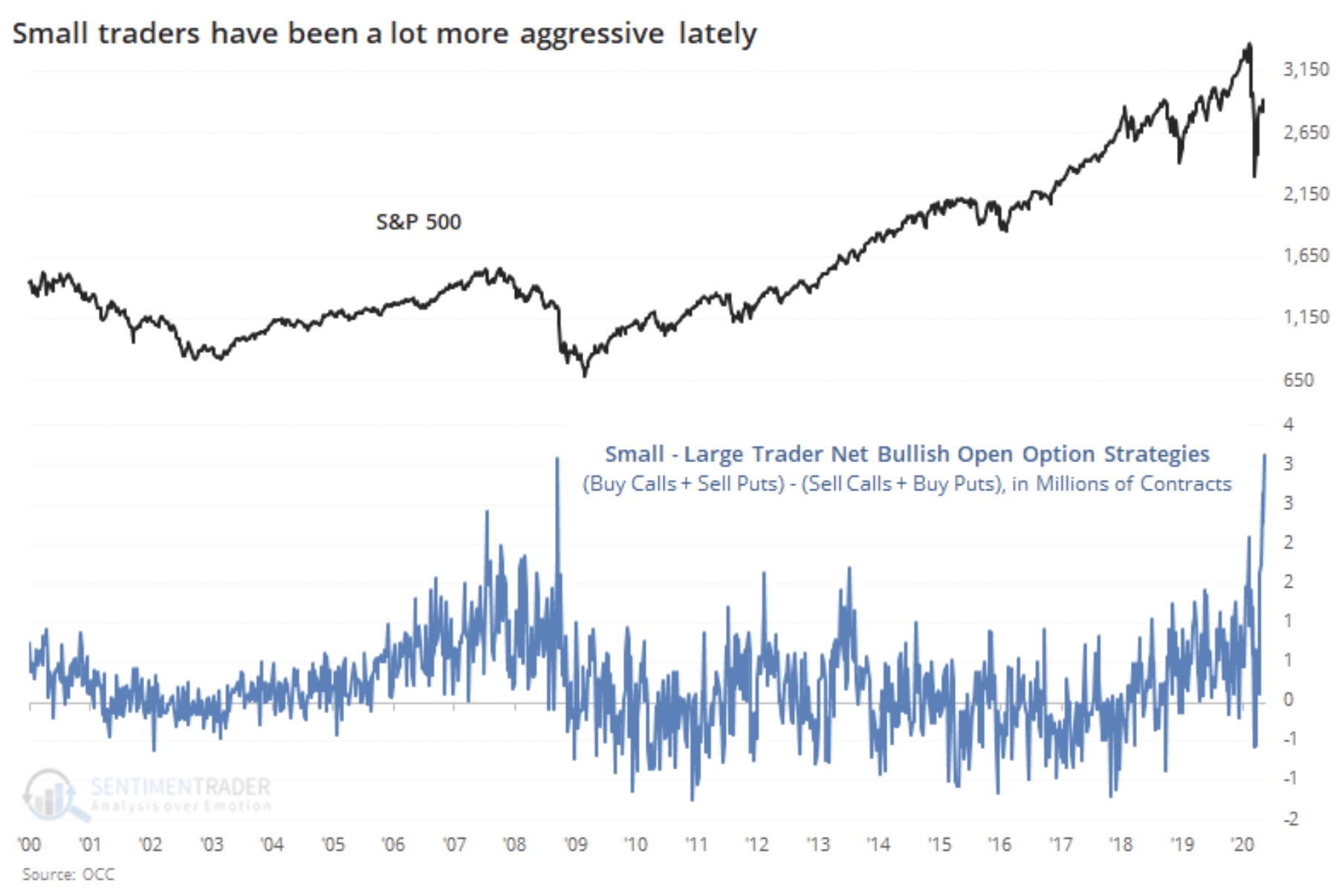 With many indicators, we can only infer who’s sentiment is being reflected, and what they might be doing about it. With options data, we have a much better idea of who is doing exactly what, and with real money. That’s why we tend to give them more weight when they reach a compelling extreme.

Because of that, the data from last week is disturbing, because it clearly shows that the smallest of traders, who tend to be the most consistently ill-positioned at extremes, have gone aggressively long, in a leveraged fashion. This has a strong tendency to lead to lower prices over the short- to medium-term. …To subscribe to the internationally acclaimed work that Jason Goepfert produces at SentimenTrader CLICK HERE.

DOW PLUNGES 900 POINTS: As The Global Financial System Begins To Break The Collapse Will Be Sudden

Gold May Hit $1,800+ This Week, Gold Stocks Are In For One Hell Of An Upside Move, Plus A Big Surprise!

Gold Remains Bullish, Despite US Dollar Rally, A Match Made In Hell, Plus What Could Possibly Go Wrong?