Below are four very important charts.  Two of the charts are from John Hussman and they include his comments.

John Hussman – Trouble Ahead
February 13 (King World News) – Two charts with comments from John Hussman:  This chart may help to appreciate how ludicrous it is to suggest that there’s “no recession on the horizon” even looking years ahead. The fact is that there’s an extremely short gap between a joint rollover in economic and financial confidence, and the start of a recession. 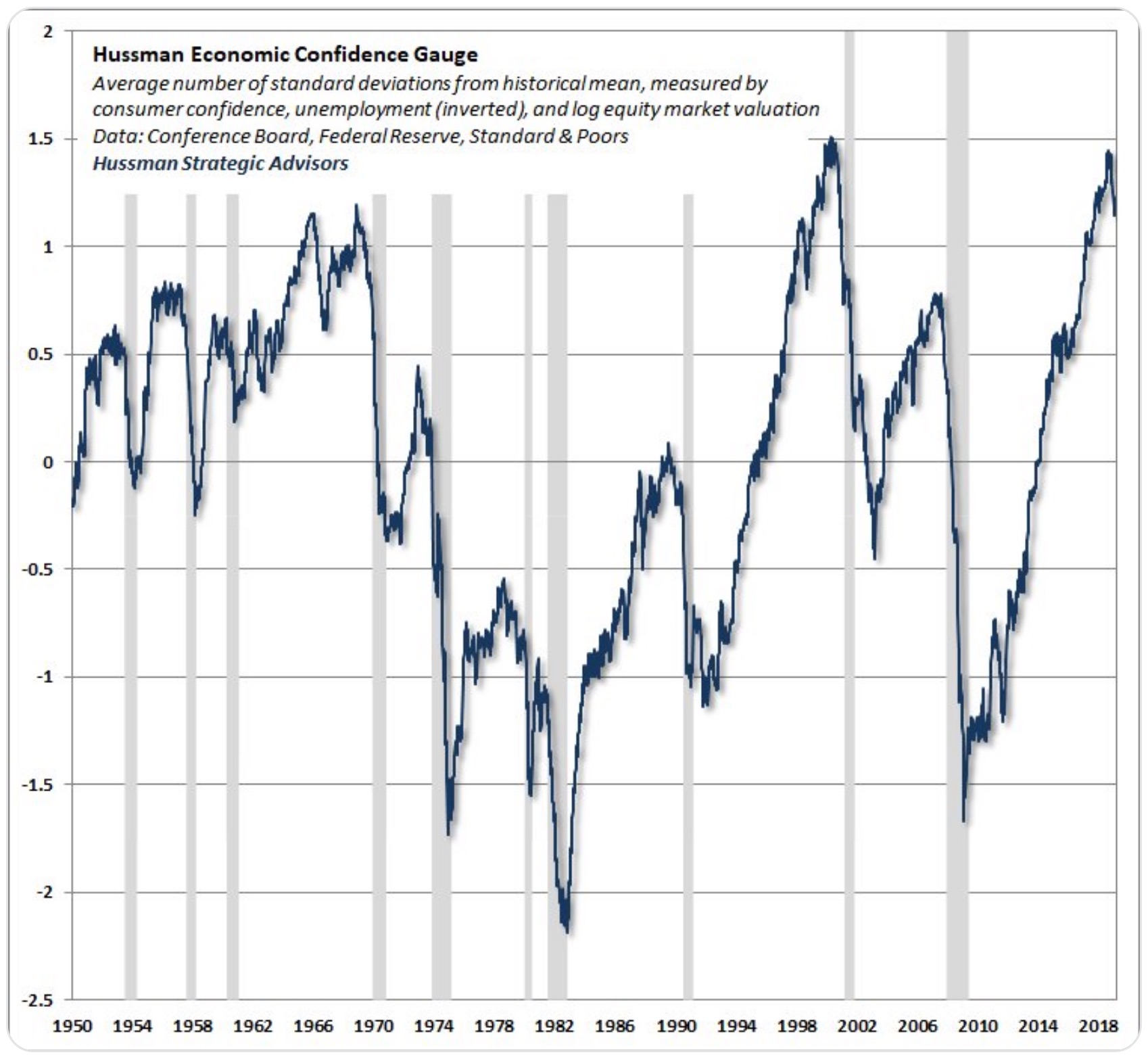 The consumer confidence spread between future expectations and present situation fell to a record low last month. Typically, recessions begin once the broad consumer confidence index drops about 20 points below its 12-month average. Not there yet, but worth watching. 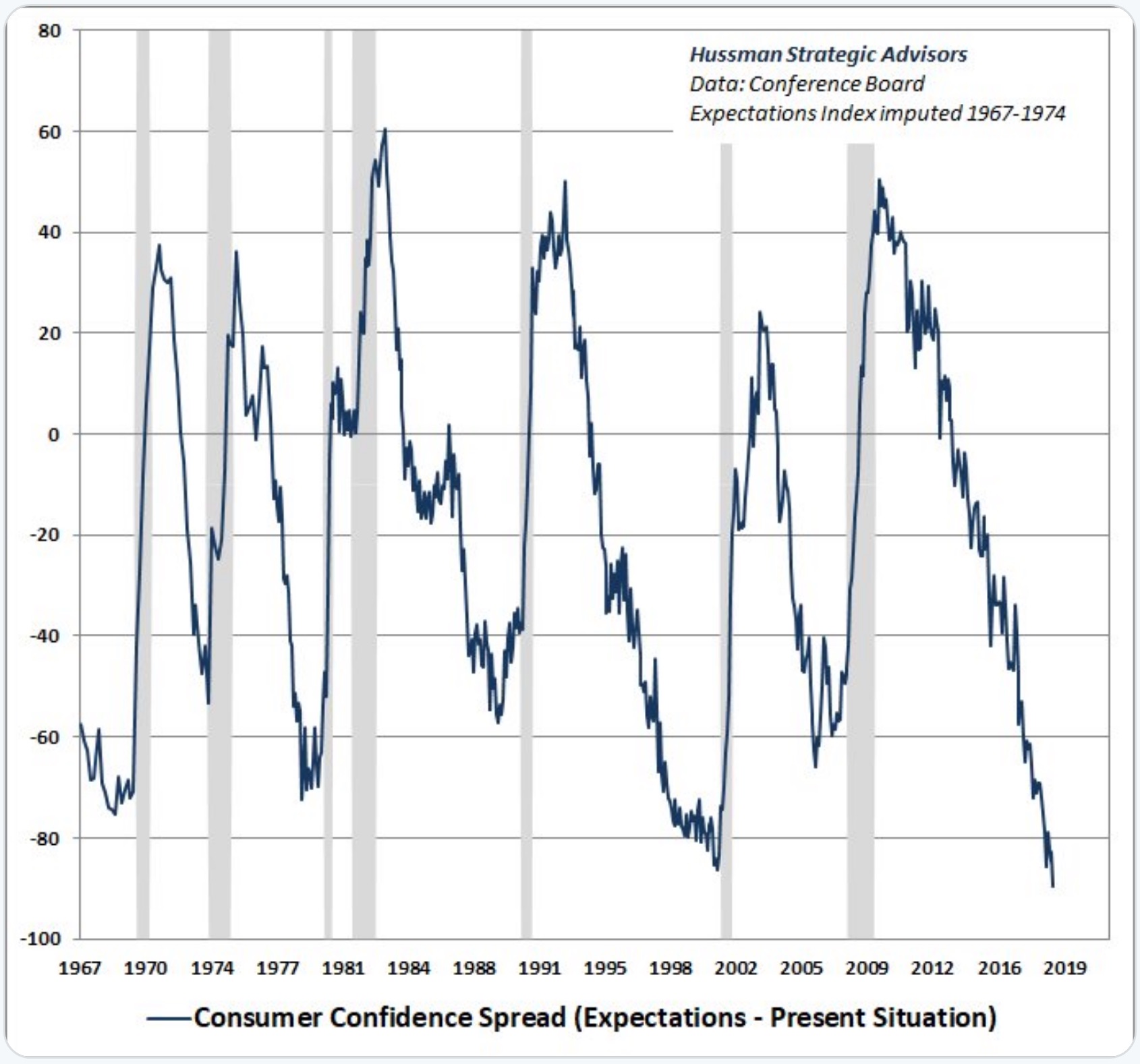 King World News note:  I would just add two more charts that are not very encouraging.  The first shows that delinquency rates are rising, despite what appears to be a robust employment picture. 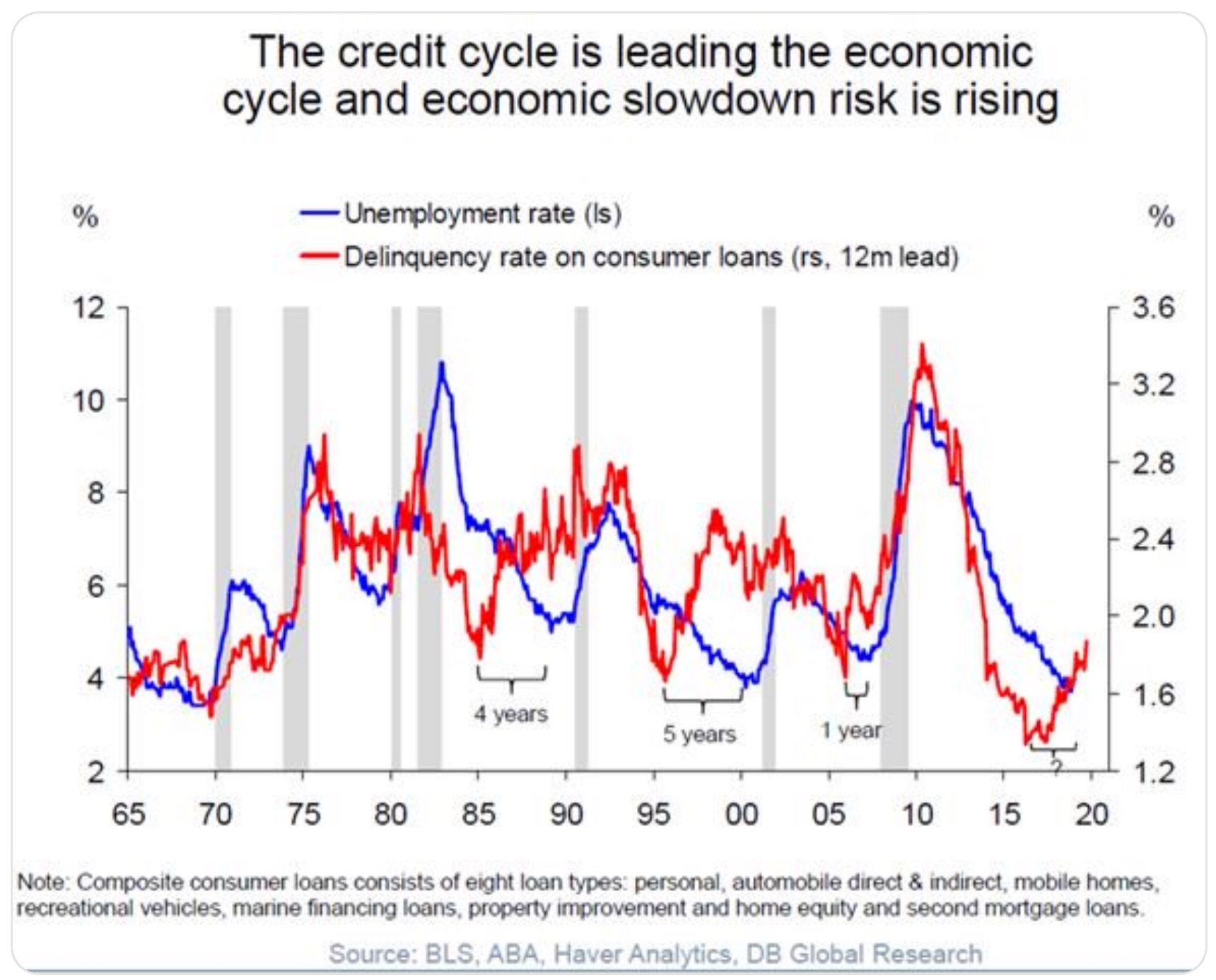 The second chart is a snapshot of U.S. surpluses and (mostly) deficits.  Keep in mind that the “projected” deficits may end up being significantly worse. 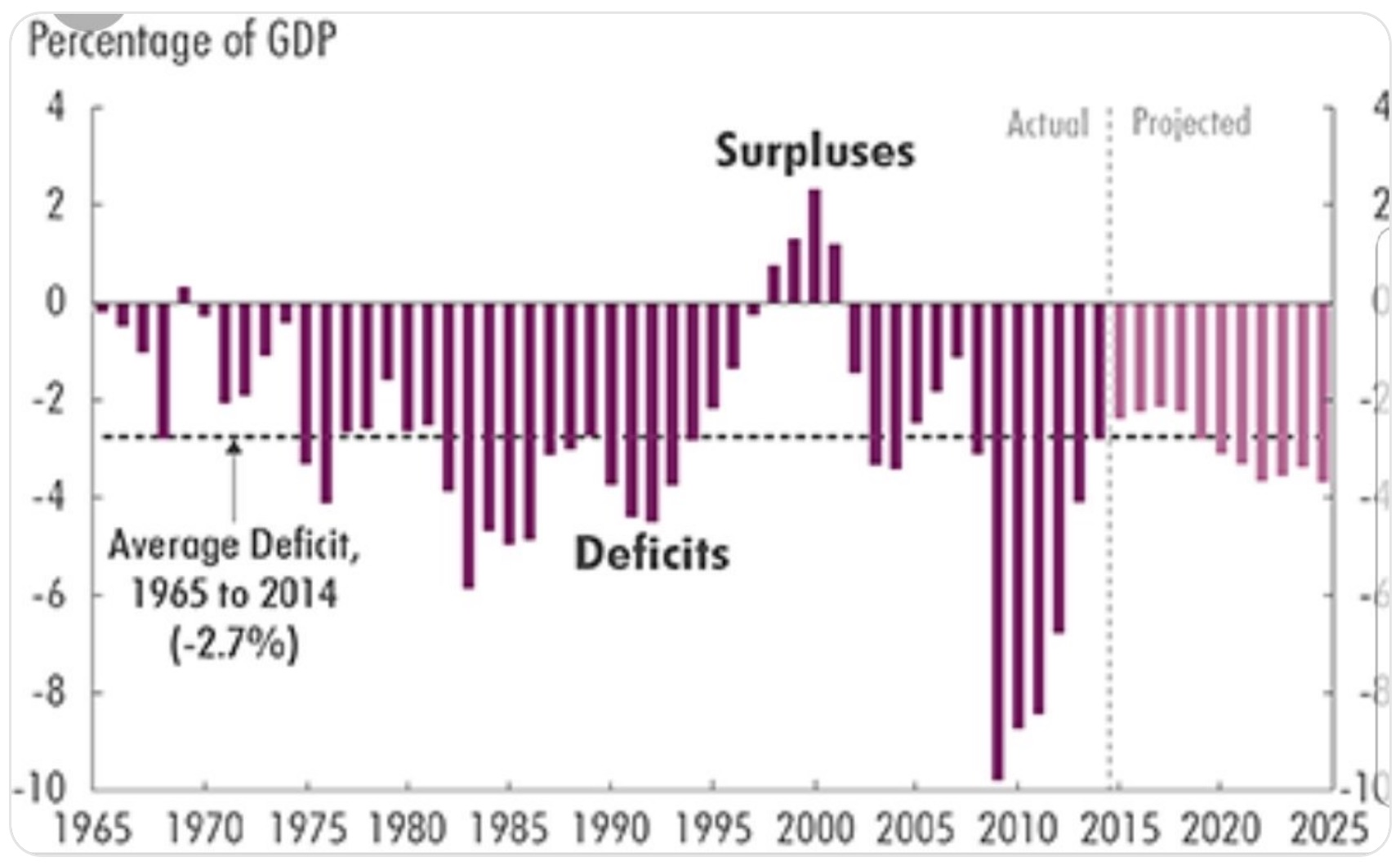 The Bottom Line
The bottom line is that the U.S. economy and the global economy are rolling over at a time when central banks have very few options in their toolkit to encourage a soft landing.  Meaning, when the unwind begins it will be ugly on the downside.

KWN has released the fascinating KWN audio interview with Rick Rule CLICK HERE OR ON THE IMAGE BELOW. 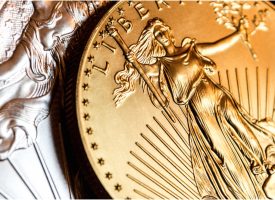 Price Of Gold Is On A Tear – 3 Pros Weigh In As Gold Surges Again, Vastly Outperforming World Currencies