As the world edges closer to the next crisis, today the man who has become legendary for his predictions on QE and historic moves in currencies and metals just warned King World News that a worldwide stock market crash is coming. 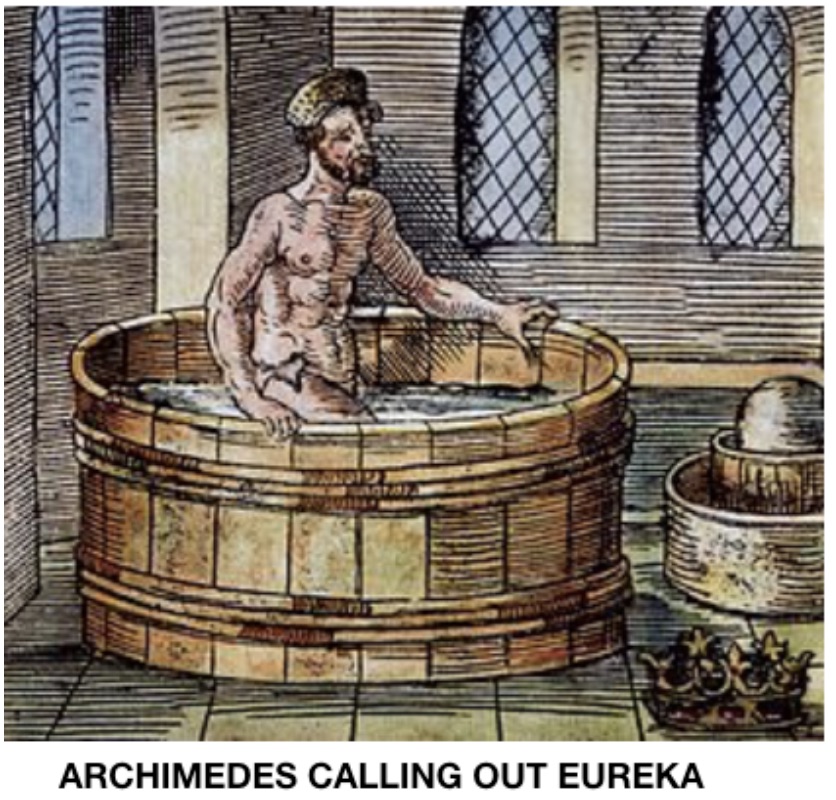 A Eureka Moment
October 7 (King World News) – Egon von Greyerz:  “There will in the next couple of years be a real Eureka moment in markets. But it is unlikely to be of the same satisfactory nature as in the case of Archimedes. The Greek mathematician and  scientist reportedly said “Eureka, Eureka” (I found it) when he discovered that the volume of water displaced in his bath was equal to his body’s volume.

Interestingly, Archimedes applied this principle to assess the gold content of the crown of King Hiero of Syracuse. A goldsmith had tried to cheat the king by replacing the gold in the crown with the same weight of silver. But since gold has twice the density of silver and therefore weighs considerably more for the same volume, the goldsmith’s deceit was revealed. More about the coming Eureka moment in markets later.

Around the world, there are millions of investors who every year spend billions of hours trying to achieve a decent return on investments. The number of areas people can invest in today is mind-boggling. But when it comes to financial markets, the great majority invests in stocks.  And of those, very few outperform the various stock market indices…

So around the world millions of investors, billions of hours, and billions of dollars worth of computer programs achieve a return which is inferior to an index fund. What a waste of time and resources. Even worse, the individual managers earn a massive amount of money from their investment bank or wealth management business. But instead, a computer could have done all the work and all these big-headed investment managers could have played golf or sailed in the mediterranean all day long. Since just investing in the index would have earned investors more money than managing the funds, the managers could also charge the clients more.

Even better if they also described their model in veiled mystique to make it sound like the most sophisticated model on earth. Many do this already of course! The whole investment industry is just a massive machine of mediocrity, self-interest and navel-gazing. And this is done at the expense of ordinary people and pensioners who lose a major part of their potential return or pension by paying massive fees to an inefficient and poorly performing industry.

So we have a mediocre asset management industry achieving poor returns on average at a time when all asset markets are setting records. What will then happen when stock markets turn down? Even worse, what happens when markets crash, which is extremely likely to happen this year or at the latest in early 2020? And what happens to the asset management industry when we have had a secular bear market for a few years and stocks around the world lose on average 75-95% in real terms? Because that is the most likely scenario in the next few years. In the first year or two, all investors will buy the dips. This has worked for years or even decades, so why wouldn’t it work this time? Well, it will work for a very limited time when central banks around the world print additional 10s of trillions or maybe even 100s of trillions as the derivate bubble implodes.

But what will be different this time is that the market will call the tricksters’ bluff. The Eureka moment for the world will be when the coming “unlimited-money-creation-out-of-nowhere” trick will not work. For decades the central bankers have got away with printing money that they told the world has real value. Gold has of course always revealed the deceit of central bankers by destroying the value of paper money. But since virtually nobody owns gold (less the 0.5% of global financial assets), very few understand that their paper money vs gold has lost around 98-99% since 1971 and 75%-85% since 2000. And governments are doing their utmost to conceal this incompetence in managing a country’s finances. (The prices in the table below are a few weeks old but that doesn’t change the percentages.) 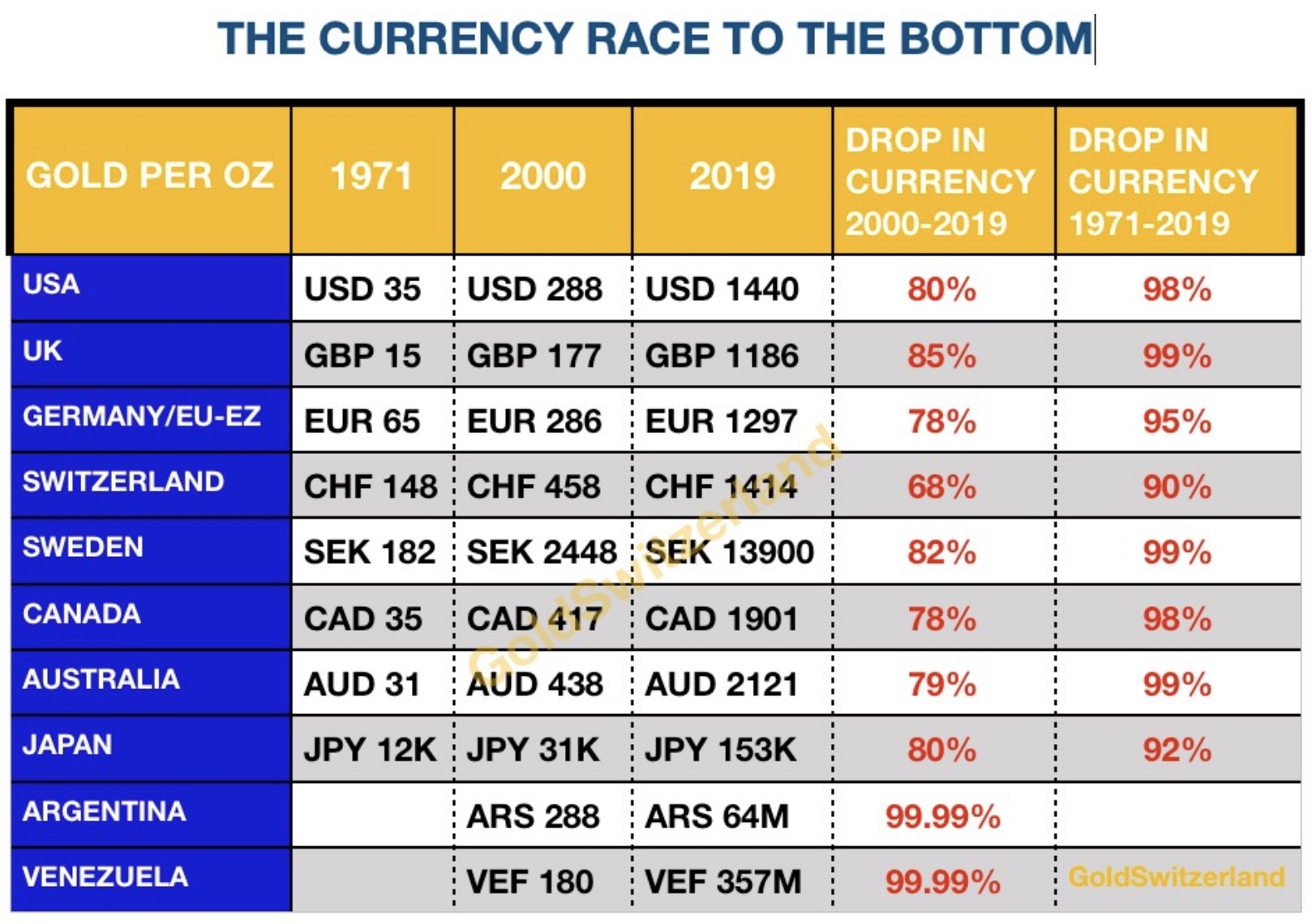 This time, it won’t be someone shouting Eureka. Instead it will be an event that the world will experience in the most unpleasant way. Because it is likely that the sheer weight of the debt will totally crush the global financial system. This is the Eureka moment when people will realize that all the money printed, including all debt, actually has zero value. Because when you issue debt out of thin air, it must have zero value. For some reason no one has ever questioned this for the last few decades. I am sure that Archimedes, the brilliant mathematician would have proven that in a few minutes. 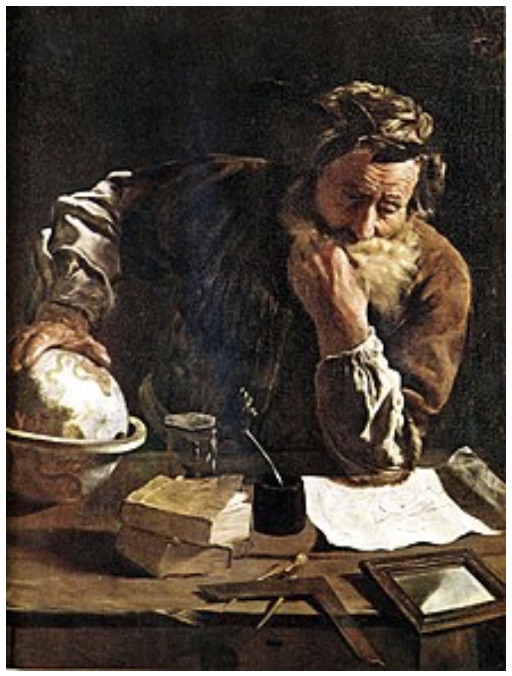 But the problem is much deeper. If the debt and the money printed have no value, neither does the assets that the debt has financed. If you attach a false value to debt or printed money, all the assets that were bought with this debt like stocks, bonds, and property, will also have a  false value. It is pretty straightforward really. If you print money at zero cost, it must have zero value.  And even worse, if you lend it out at zero cost, the assets that this money is invested in must also have zero value. The equation is simple: 0 value in = 0 value out.

As long as the value attributed to the debt is positive, the assets financed by the debt will have a positive value. But when the Eureka moment arrives and the debt implodes due to the sheer volume of worthless credit issued, then the debt becoming worthless will also lead to the assets financed by the debt being worthless. This is such a self-evident concept that everybody should see it. But in a world with illusive debt and illusive assets, people live under the illusion that it is all for real. How disillusioned they will become in the next few years when there will the most massive destruction of asset values and wealth. Only future historians will see this clearly. But it is of course easy when you have the benefit of hindsight.

It is really incredible that so few people can see clearly today what is happening. All they need to do is to measure assets using gold as the yardstick. Gold is the only money which has survived in history and the only money which has maintained its purchasing power for thousands of years. This means that gold is a truth teller and consequently reveals governments’ and central banks’ deceitful actions in creating false money.

I showed above how paper money lost 98-99% of its value since 1971. It is the same with stock markets. We measure stocks in fake or printed money which has illusory value. If we instead measure stocks in gold, we find the truth. And the truth is that stocks look very different if you measure the performance in real money or gold. No yardstick is perfect, not even gold. Especially since gold is manipulated by the BIS in Basel  (Bank of International Settlement) together with the bullion banks. Nevertheless, it is the best measure we have to gauge the performance of most assets including stocks.

The table below shows how some of the major stock markets have performed in real money or gold since 2000. The year 2000 is of course important since it is the turn of the century. The starting date clearly makes a difference for any performance chart. The gold haters always take 1980 as a starting point as it shows gold in its worst light. Gold reached $850 in January 1980 and corrected down for 20 years thereafter. But it is important to understand that gold had come from $35 in August 1971. This is when Nixon abandoned the gold standard.

Anyway, the year 2000 is a logical starting point and gives us almost 20 years of data. The table shows that since 2000, gold has outperformed all stock markets significantly. The best performers are the Dow and the Dax that have lost “only” 58% and 63% respectively against gold. The Nikkei and the FTSE have lost 80% and 85% versus gold which is quite remarkable. Yes, I am aware that dividends are not included except for in the Dax. But this would not make up for the significant underperformance of stocks. It is of course possible to lend the gold and earn a return on it too. But from a wealth preservation perspective, we wouldn’t recommend this.

The conclusion is very simple. There is a vast industry in the world that spends massive amounts of money managing money for pension funds, mutual funds, ETF or a vast offer of stock funds as well as for individuals. This industry earns a fortune for the professionals regardless of their performance. And we can be certain that none of the managers would ever consider making a major investment into gold. They never look at gold, they don’t understand it and even if they did, they wouldn’t make enough money for themselves by just holding gold. Much better to churn commissions by buying and selling stocks regularly. The managers of stocks have added zero, nada, to real returns of investors.

We must remember that it is not gold that has outperformed stocks. Instead, it is stocks that have underperformed massively by not even keeping pace with the value of real money in the form of gold. So measured in real money or gold, stocks have been an awful investment for the last 20 years. But virtually nobody is aware of this. Instead, people are paying billions to reward a totally inefficient asset management industry.

Even worse is that the trend outlined above will now accelerate. Stocks will soon go into free-fall  against gold and lose 75% to 95% from current levels. I do know that the asset management industry will find that forecast totally ridiculous. But since none of them are aware how much they have lost so far in real terms, they are also totally ignorant when it comes to what will happen next.

The acceleration phase of stocks plunging and gold surging is imminent. We could see a stock market crash in October. At the latest it will happen in early 2020. At the same time, gold in all currencies will move up very fast to significantly higher levels. The small minority of wealth preservationists will sleep well with their physical gold and silver whilst the majority of the asset management industry are likely to have nightmares for many years to come…For those who would like to read more of Egon von Greyerz’s fantastic articles CLICK HERE.

KWN has now released David Stockman’s powerful audio interview and you can listen to it by CLICKING HERE OR ON THE IMAGE BELOW.