James Turk – If You Are Worried About Today’s Gold & Silver Smash, Take A Look At This…

Today James Turk told King World News that if people are worried about today’s smash in the gold and silver markets (ahead of the July 4th holding in the U.S.), they should take a look at this…

Forget Today’s Gold & Silver Smash
James Turk:  “Despite some serious volatility (such as today’s smash), the first half of the year has been good for the precious metals, Eric. Based on the closing spot price in New York, Gold has jumped 7.9%, and silver is up 4.0%. In fact, gold has risen this year against all the major national currencies…

Interestingly, it doesn’t feel like it has been a good year. There are a bunch of reasons for this. First, gold has not been able to break above $1,300 on the two attempts it already made this year. Then, as we know all too well, gold has been in another correction over the past month. Also, silver has been underperforming gold, causing the gold/silver ratio to rise this year. We want to see the ratio falling, which it normally does in precious metal bull markets.

And there hasn’t been much joy in the gold mining stocks. The XAU Index of mining companies is up this year, but only 2.4%, which in normal times isn’t bad. But in today’s central bank created bubble environment, these aren’t normal times. The appreciation of the XAU Index pales in comparison to the performance of some of the hot tech stocks.

Gold & Silver Backwardation
All of these points have negatively impacted sentiment for the precious metals, which looks pretty gloomy at the moment. Importantly, it is this kind of low sentiment level from which new bull markets are born. In other words, sentiment is a useful contrary indicator. As we speak, the price of both spot gold and spot silver is above their next delivery month. They are backwardated. So even though coin sales in the US may be subdued, it is clear that someone is busy accumulating the precious metals. It is the “smart money,” Eric, which is always looking for good value for their dollars, pounds, yen and euros.

As Wheat Skyrockets!
Here’s something else the smart money is buying. Look at this weekly chart showing wheat prices. 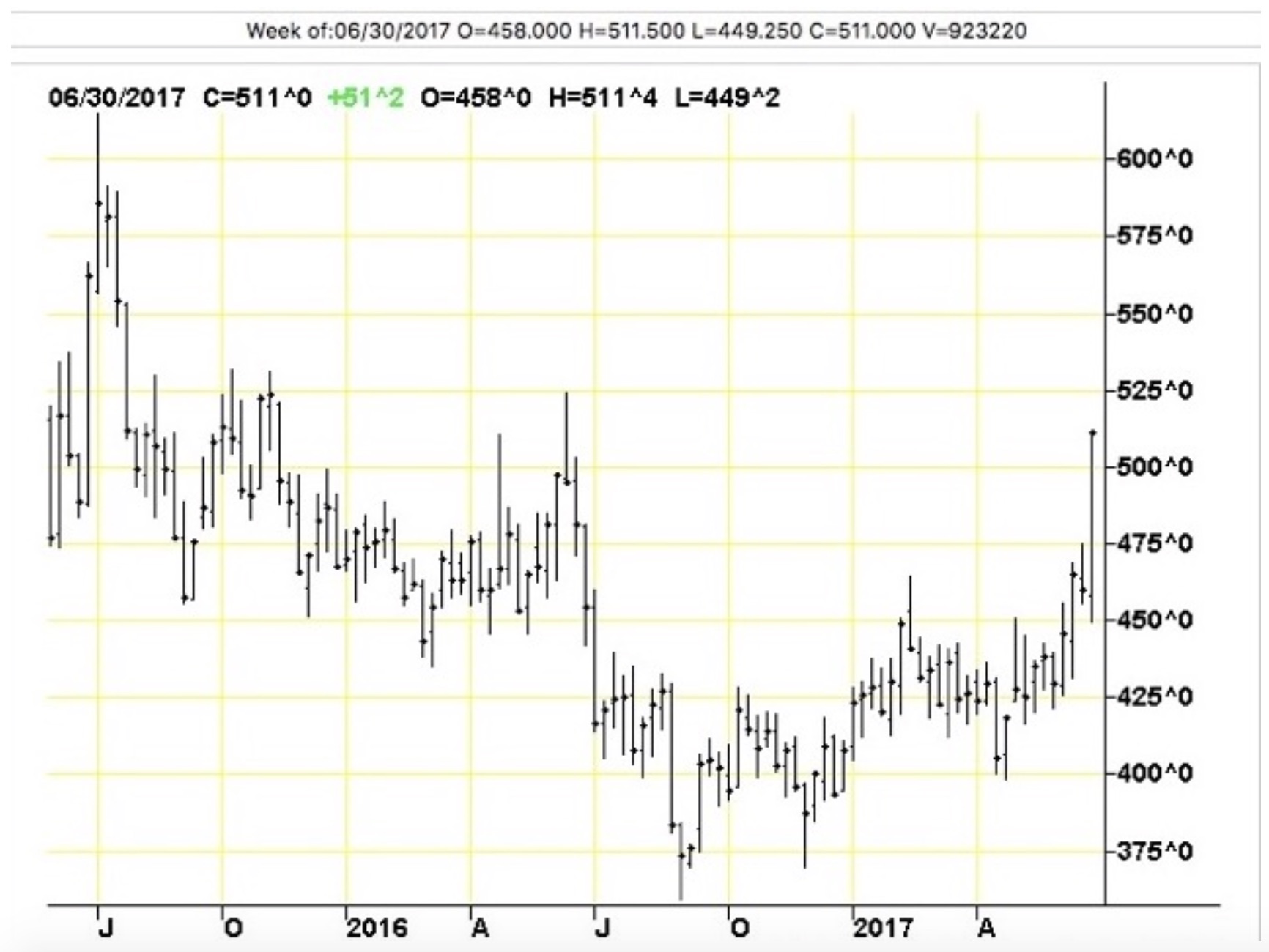 The price of grains is rising pretty much across the board. Interestingly, there are no supply problems. Actually, it is the opposite. Growing conditions have been okay. So the grains are rising because of inflation. Central banks have been printing too much money, cheapening national currencies. Thus the reduction in currency purchasing power is being reflected in higher grain prices. 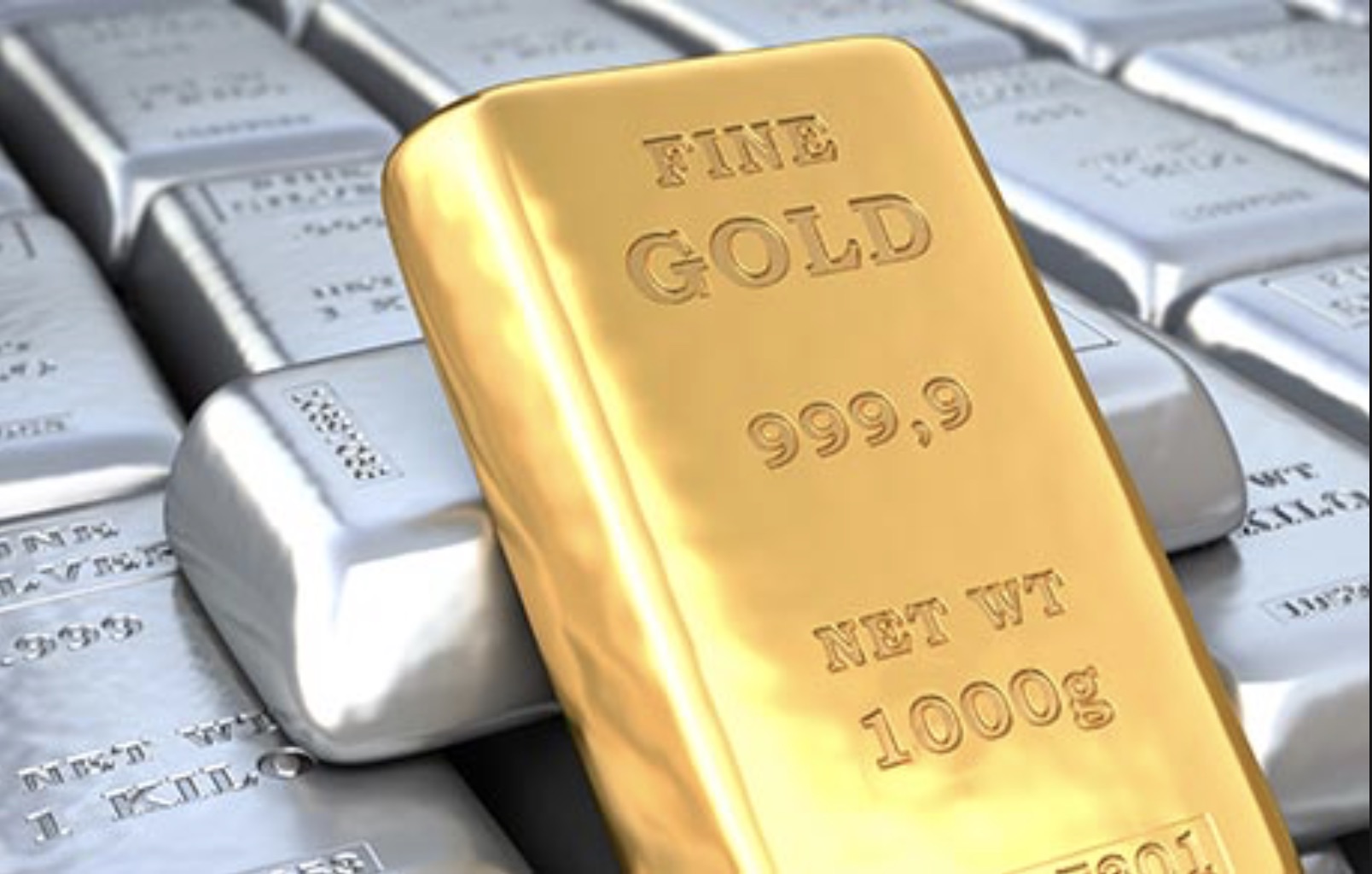 Gold & Silver’s Chart Will Look Like The One Above
I suspect that it won’t be long before this upward price pressure in the grains will be replicated in gold and silver. Inflation is bubbling underneath the surface and about to erupt.

***ALSO JUST RELEASED: Greyerz – The Worldwide Destruction That Lies In Front Of Us Will Be Unimaginable CLICK HERE.