What Is Happneing Now Is Like The Great Depression

As the world edges closer to the next crisis, what is happening now is like the Great Depression.

Great Depression Monetary Policy
April 26 (King World News) – Peter Boockvar:  Mario Draghi in his press conference is acknowledging the recent moderation in economic data but is believing that much of it is due to temporary factors. He should hope so since he’s still conducting Great Depression type monetary policy and certainly doesn’t want to enter a downturn with zero bullets…

Boockvar continues:  With his firm goal of getting inflation to near 2% but slightly below it, he remains confident that will get there and believes:

Bottom line, as to if QE ends in September, there is no reason for Draghi to commit today and he said they didn’t even discuss it. He can wait until June or even later. Considering how dovish he still is, most likely we’ll see another taper in the fall with an eventual end to QE by December. Draghi is repeating every mistake of the BoJ.

***ALSO JUST RELEASED: Celente – Here Is The Wildcard That Will Unleash Panic In The Markets CLICK HERE TO READ. 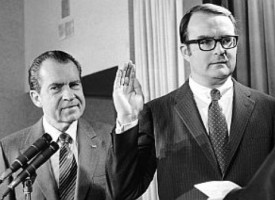