Today James Turk told King World News that the shorts are choosing to fight despite the fact that silver is the cheapest asset on the planet.

“The Advance May Slow”
James Turk:  “There was a flurry of short covering in silver last week, Eric, pretty much on time and as I expected. Gold, as well, saw some short covering, but for both precious metals it was a lot less than I thought would happen…

Judging from the increase in Comex open interest for both gold and silver, it looks like the shorts are choosing to fight the upward price trend and the buying pressure in the precious metals, rather than start covering. The result is that the advance from here may be somewhat slowed. But I do not expect it to be reversed.

The important point is that silver is indeed overcoming the gravitational pull that the shorts created this past month by so vigorously defending the $18.00 per ounce price level. The price advance we are seeing now is sort of like climbing out of mud. Once your feet are free from the goo, you accelerate. That’s what I expect silver to be doing on the upside once month-end window dressing is out of the way.

Here’s an update of the silver chart I presented last week. Silver has clearly broken above the multi-month downtrend line that has confined its price since last summer. This chart clearly illustrates how the trend in silver is turning higher.

Major Breakout In The Silver Market! 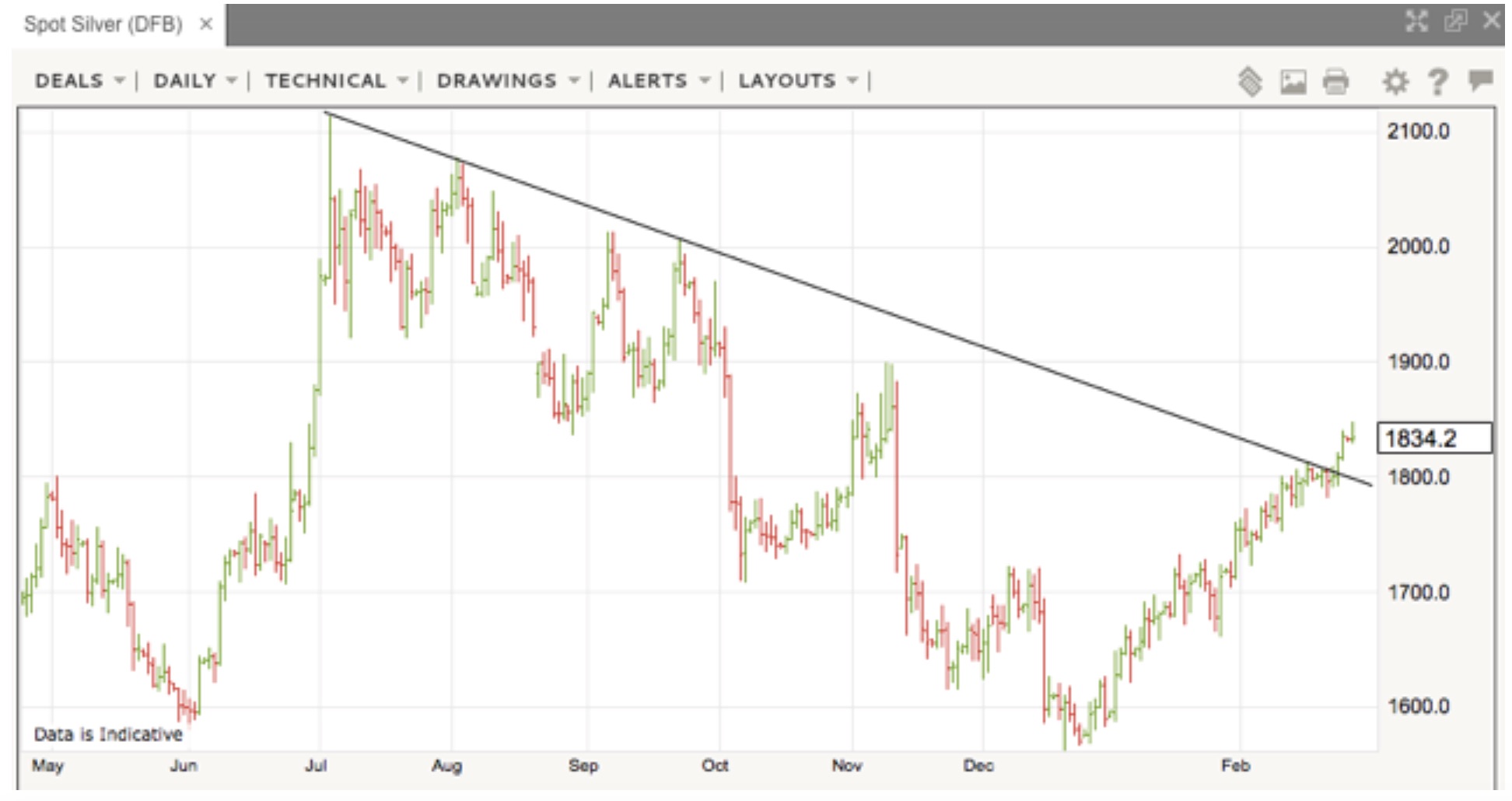 What I am looking for now, Eric, is some solid follow through. In other words, we need to see some more buying pressure. We got a little bit of that today. There was a brief attempt to hit the metals overnight when trading was thin, but then buyers emerged. Then, before the close in New York, the bears tried again to contain gold and silver after new high prices were reached, with some additional weakness taking place in after-hours — the end result being that today was essentially a stand-off.

“Silver Is The Cheapest Asset On The Planet”
I’ve mentioned before, Eric, that in my view silver is the cheapest asset on the planet. In contrast to most other commodities, silver has yet to break above its high price reached at the end of the inflationary 1970s. In fact, silver is still well below that $50 level. But aside from silver being so cheap, there is a major reason to be accumulating silver: Inflation is back and it’s going to get worse. That’s my key message for 2017. And remember, Eric, that inflation was a key factor that propelled silver higher in its great bull market in the 1970s.

It should be no surprise to anyone that inflation is a growing problem and likely to worsen in the months ahead. Higher inflation measures are now coming even from the government’s own reports. The Consumer Price Index report which shows the cost of living is rising at the highest inflation rate in four years. And one of the best ways to prepare for inflation is to own physical metals metals.

***ALSO JUST RELEASED: Greyerz – This May Crash Europe’s Financial System And Lead To The Next Global Crisis And Collapse CLICK HERE.

KWN has now released the remarkable audio interview with London whistleblower and metals trader Andrew Maguire and you can listen to it by CLICKING HERE.