Today the man who has become legendary for his predictions on QE, historic moves in currencies, warned King World News that we are now in the frightening endgame.

Fear And Propaganda
Egon von Greyerz:  “Stock investors are rejoicing about stock markets making new highs in many countries, totally oblivious of the risks or the reasons.  It seems that this is an unstoppable rally in a “new normal” market paradigm. No major increase is expected in the inflation rate or the historically low interest rates. The present rally has lasted 8 years since the 2009 low. There is virtually no fear in the stock market so investors see no reason why this favorable climate would not continue for another 8 years at least.

Yes, of course it could. All that is needed is that governments worldwide print another $20-50 trillion at least and that global debt goes up by another $200-500 trillion…

Egon von Greyerz continues:  “The gullibility of people today is exacerbated by the power of the internet and social media. Anything we read is accepted as fact or the truth, while a major part of it is just fake news. This is of course nothing new as it has been used by governments for centuries. Goebbels, the Nazi Propaganda Minister, who was an expert at manipulating the German people, said: “If you tell a big lie often enough and keep repeating it, people will eventually believe it.” The power of the internet and other media has facilitated spreading news and propaganda to billions of people and very few can distinguish if they hear or read “real” news or “fake” news. 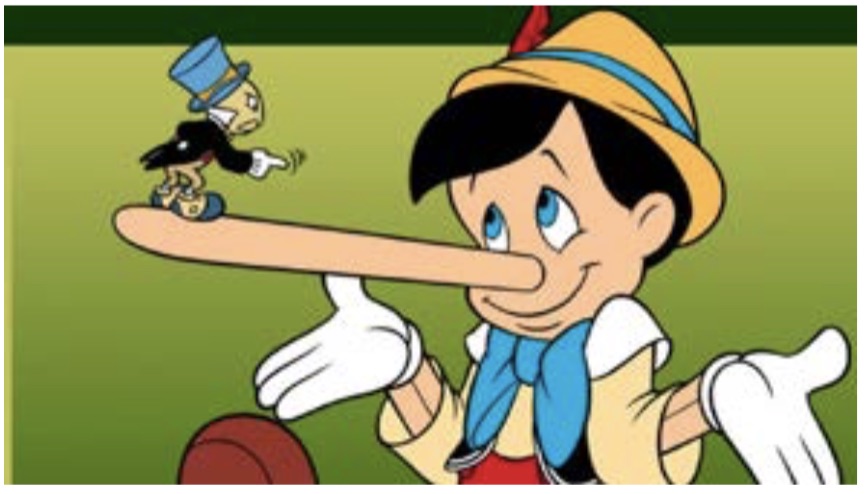 Anyone in government is incapable of telling the truth. Automatically when someone assumes an elected position their Pinocchio nose grows extremely long since their entire purpose is then to be all things to all people in order to be re-elected. This is why virtually no elected official has a backbone nor any morals or principles. Because if they had, telling the truth would make them unelectable.

My Life As A London Banker (1960s-1970s)
During my early professional years as a banker at the end of the 1960s and early 1970s, I spent some time with a prominent UK Merchant Bank. This is what the old-style Investment Banks used to be called before the Americans came to dominate the sector. The senior bankers used to arrive at work around 10am and then go to lunch at 1pm. The lunch would consist of at least one gin and tonic to start with and then a good three course meal with a bottle of wine or two. Afterwards some Port with cheese and maybe a beer or two at the pub to finish off. Then back to the office at around 3pm for 4-5 hours of work. And this is how the City of London would operate when it was the financial centre of the world.

Any transaction was based on a handshake and a brief contract. Lawyers played a very small role in this process. Deals were based on trust and personal relationships. Banks displayed total loyalty to their staff and employees did not fear for their jobs. Major deals were concluded with a minimum of legal interference and compliance hardly existed. And still there was very little deception or fraud.

Contrast That To Today…
Today the financial world in London and major parts of the world is dominated by the US investment banks, the US legal system and the US government. Trust and loyalty is gone. Handshakes are worth nothing. Lawyers dominate everything and contracts are now running to hundreds of pages. Staff fear for their jobs since the banks have no loyalty to them. The only thing that counts is short term performance. This makes staff totally disloyal as they know they can be fired on a whim.

Investment bankers are now Masters of the Universe and as the former Goldman Sachs CEO said, “Doing God’s work.. Well, one thing is certain, there is certainly no humility in the financial world today or as Michael Lewis said in his book “Liar’s Poker,” major parts of US investment banks are dominated by “Big swinging di–s”. (ALTERNATIVE: traders with very big egos.) 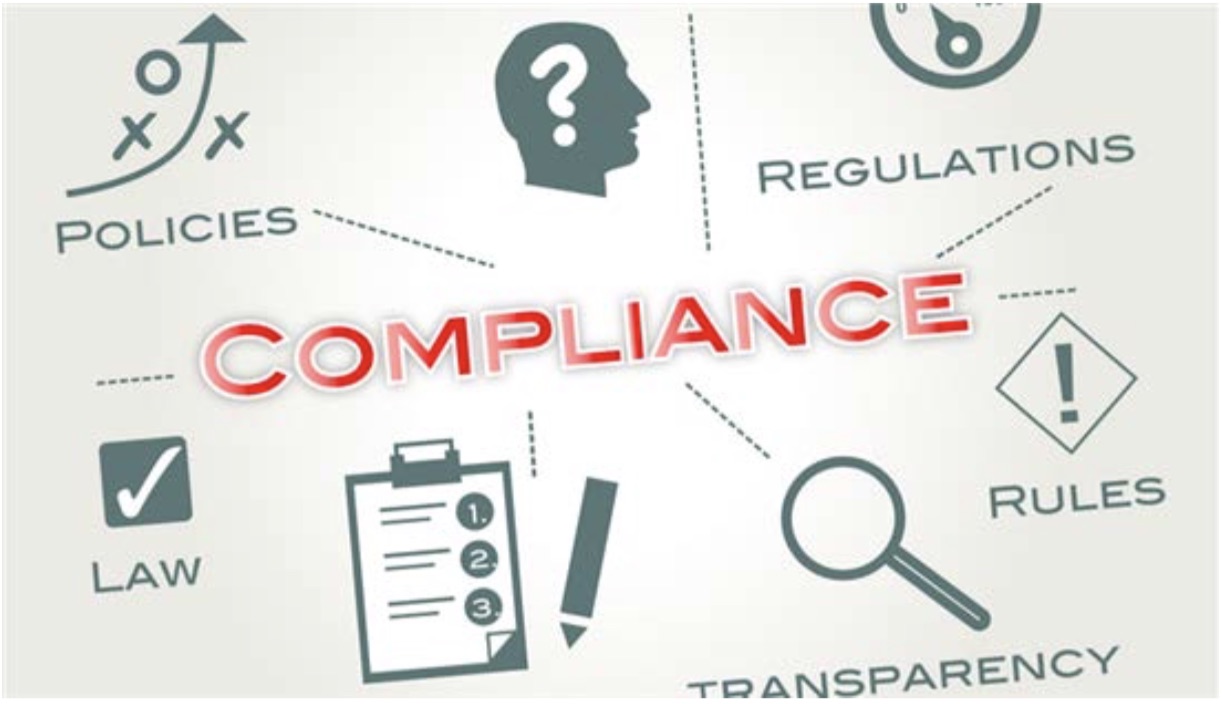 The system we now have is based on Fake News, Fake Money with no morals, no principles and no moral or ethical values. In spite of, or more correctly because of, all the lawyers, government legislation, compliance and regulations, the financial system is today functioning much worse than ever with more fraud, more government intervention and more manipulation of markets. Also, clients today are secondary. Instead, it is all about lining the pockets of the bankers with their multi-billion dollar deals and multi-million dollar bonuses and options. As we experienced in 2006-9, profits are for the bankers and losses for governments and customers. During that time of the Great Financial Crisis, many Investment Bankers received the same bonuses during the crisis years as before, in spite of the fact that most of them would have gone under without the government support they benefitted from to the extent of $25 trillion. 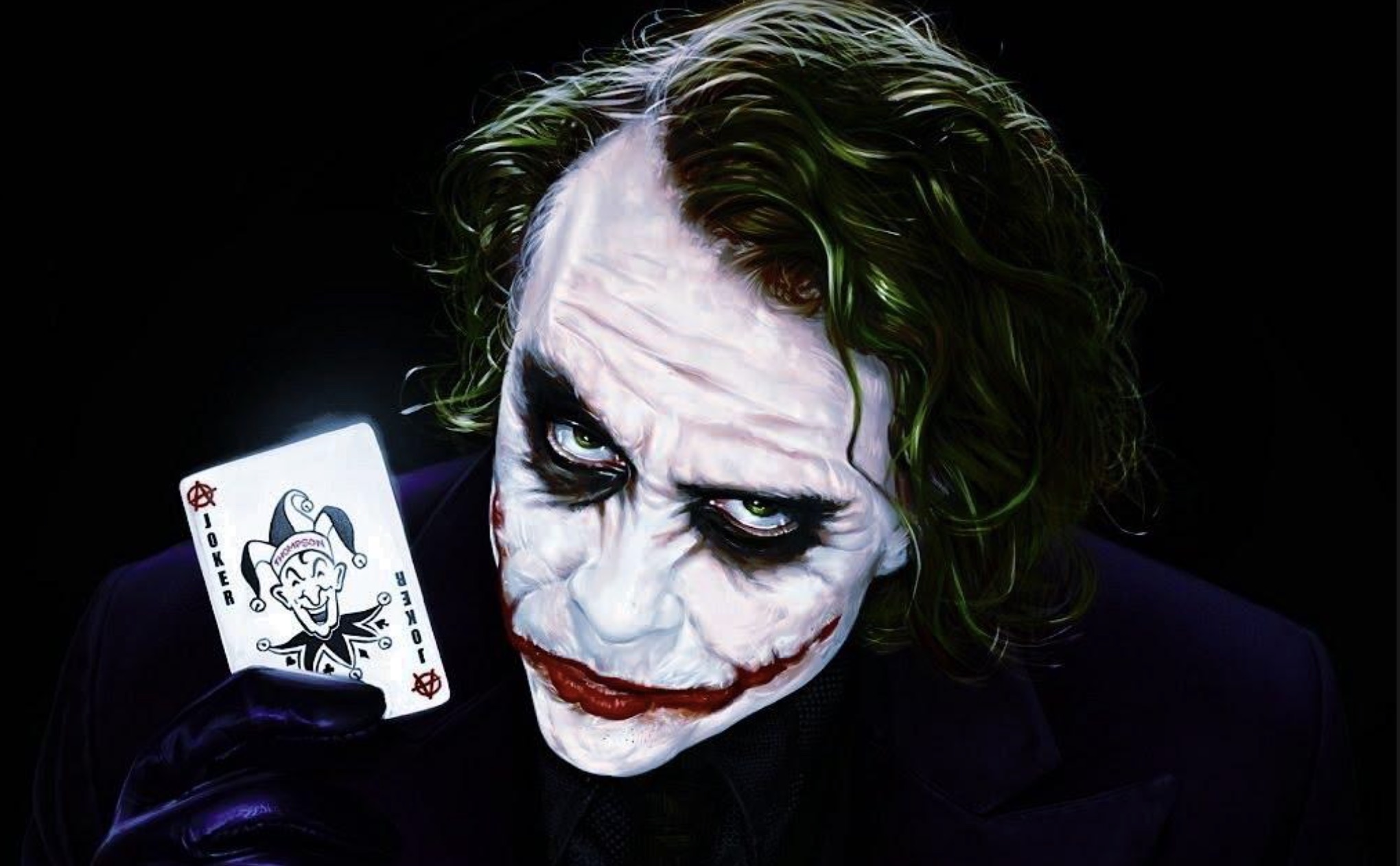 We Are Now In The Frightening Endgame
All of this is proof of the fact that we are at the end of a major financial era that started either with the Renaissance, which came after the Dark Ages, or since the end of the South Sea Bubble in the mid 1700s. I doubt that the cycle is of a smaller degree, like 100 years since the creation of the Federal Reserve in 1913. Only future historians will tell us the magnitude of the current cycle.

What is certain is that we are now in the final stages of a major era. It has been clear to me for quite some time that this will end badly. The inevitable implosion of the asset and debt bubbles that the world is now experiencing is guaranteed. But governments and central banks have for some time been able to fool most of the people by telling them that the emperor is wearing a suit of gold when he is actually naked.

We have bubbles in every aspect of society. Stocks are at ridiculous valuations. The Schiller PE is at 30, which is where it was in 1929. Still, it is below the 2000 level which tells us that it could extend for a bit longer. 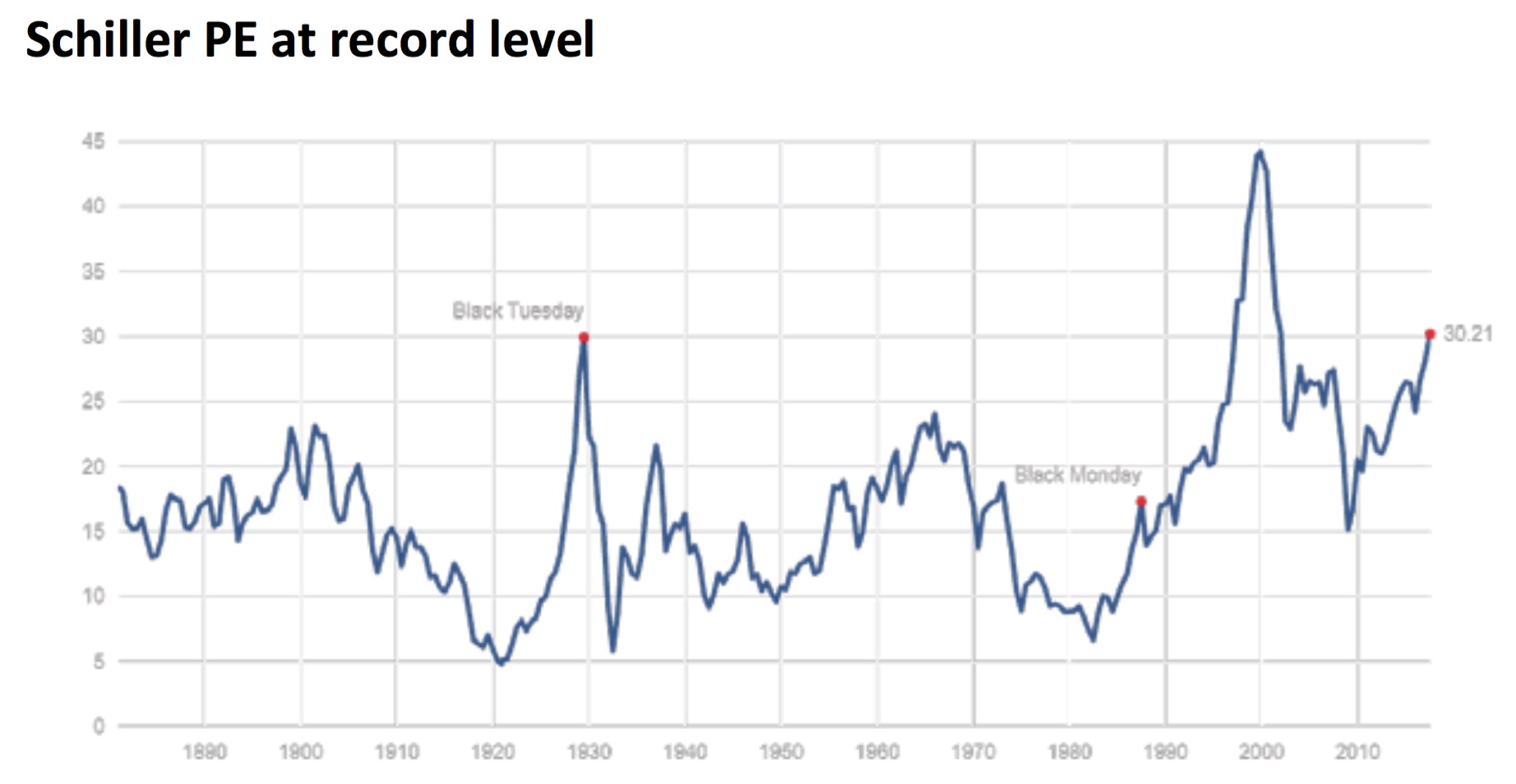 On many other measures like valuation to GDP or sales revenue, markets are past or near the all-time highs. The graph below shows the margin debt on the New York Stock Exchange which is substantially above the 2000 and 2007 levels. 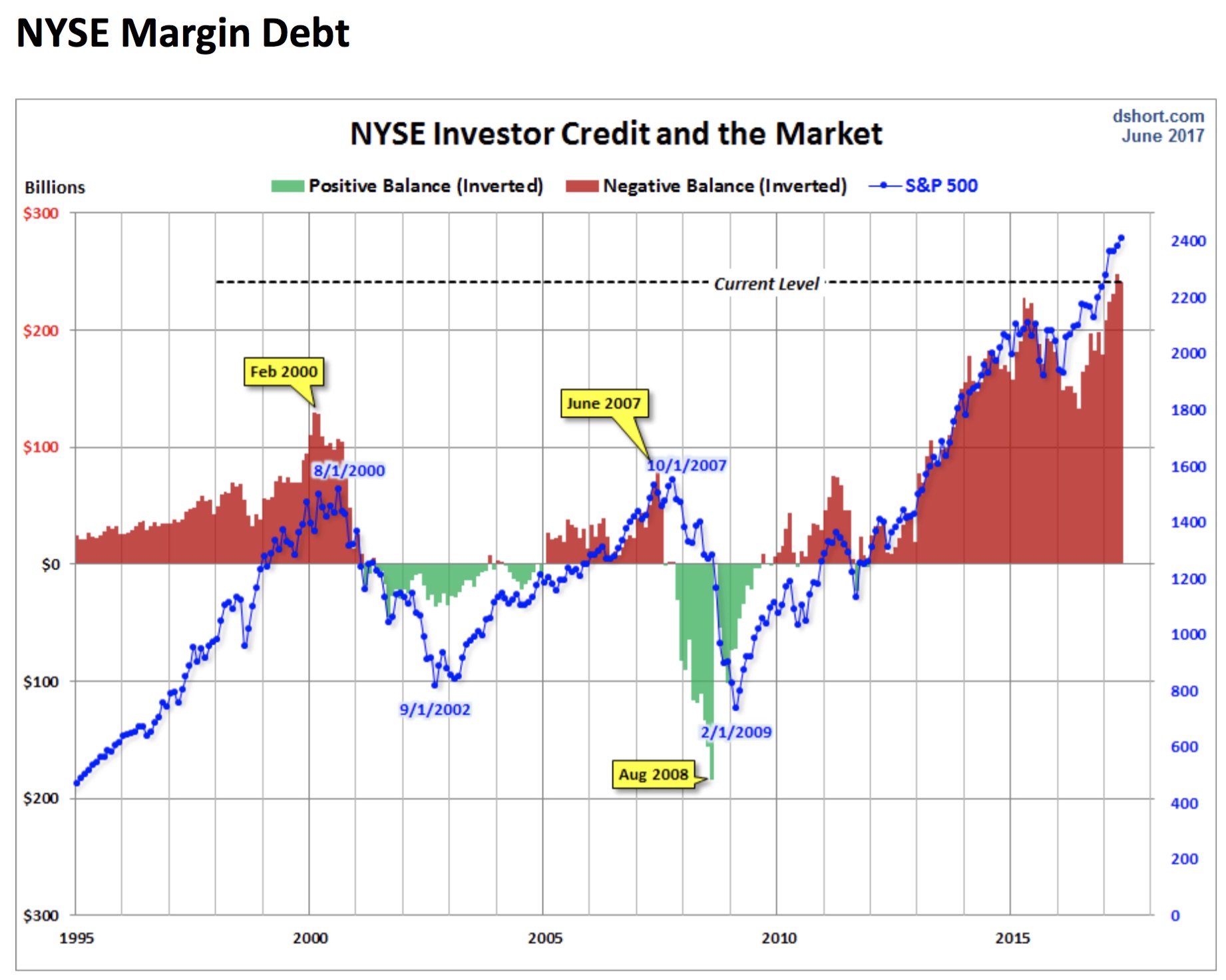 Not just stocks but virtually all assets are at record levels, whether we talk about the biggest bubble in the world, which is bonds, or property values, which are inflated by interest rates manipulated down to the lowest levels in history.

I have in many previous interviews and articles stressed the problem of both US and global debts which have grown exponentially in the last half a century. These high debts have inflated asset prices, benefitting a small minority and at the same time impoverishing ordinary people.

Just look at the real earnings of a US worker. As the chart below shows, they peaked in 1973 and since then, the perceived improvement of Americans has been achieved with the aid of debt. 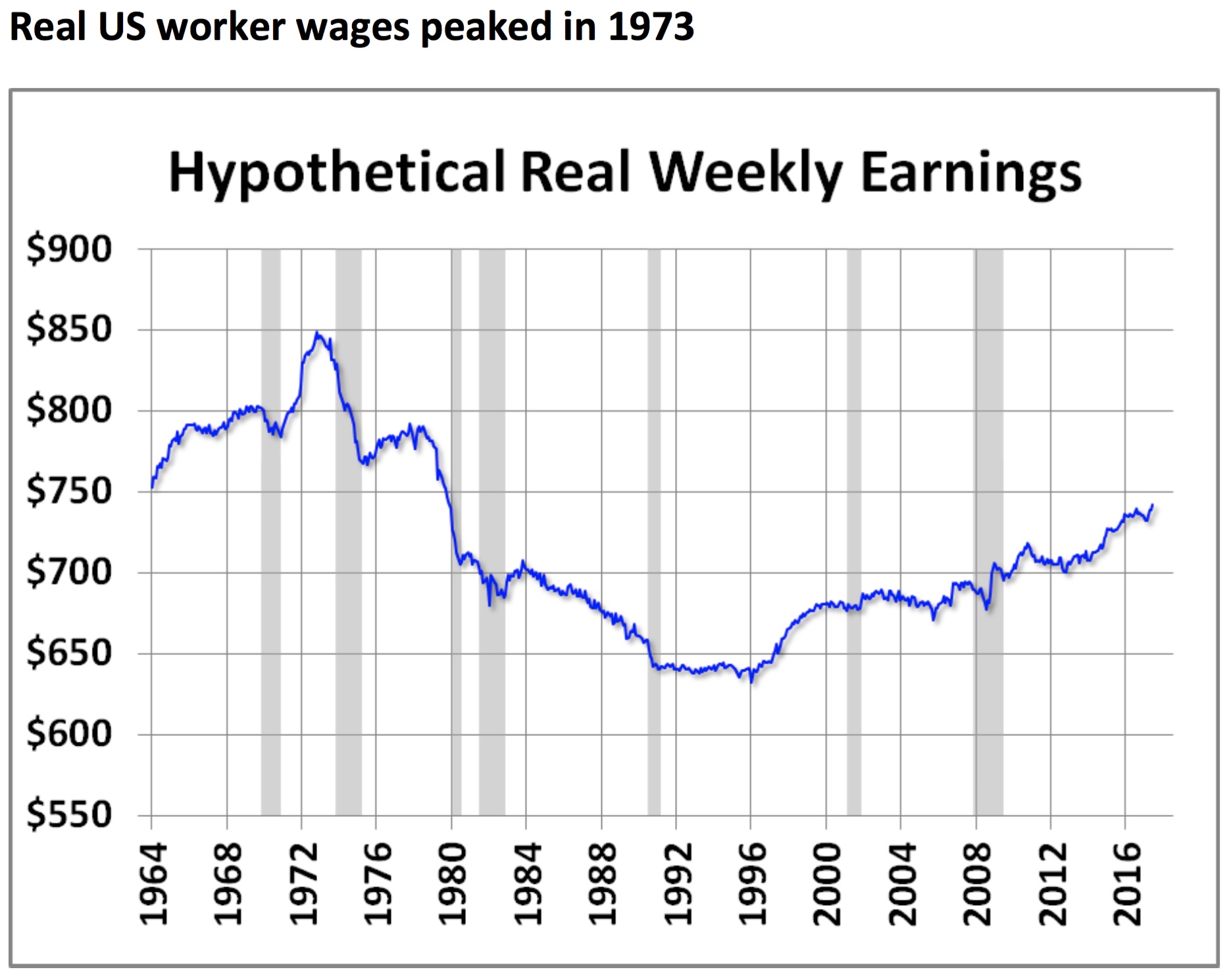 The chart below shows that the gap been wages and the standard of living has been filled by an increase in consumer credit. The sad thing is that most Americans or ordinary people in the industrial world do not realize that they are now enslaved by debt which they can never repay. 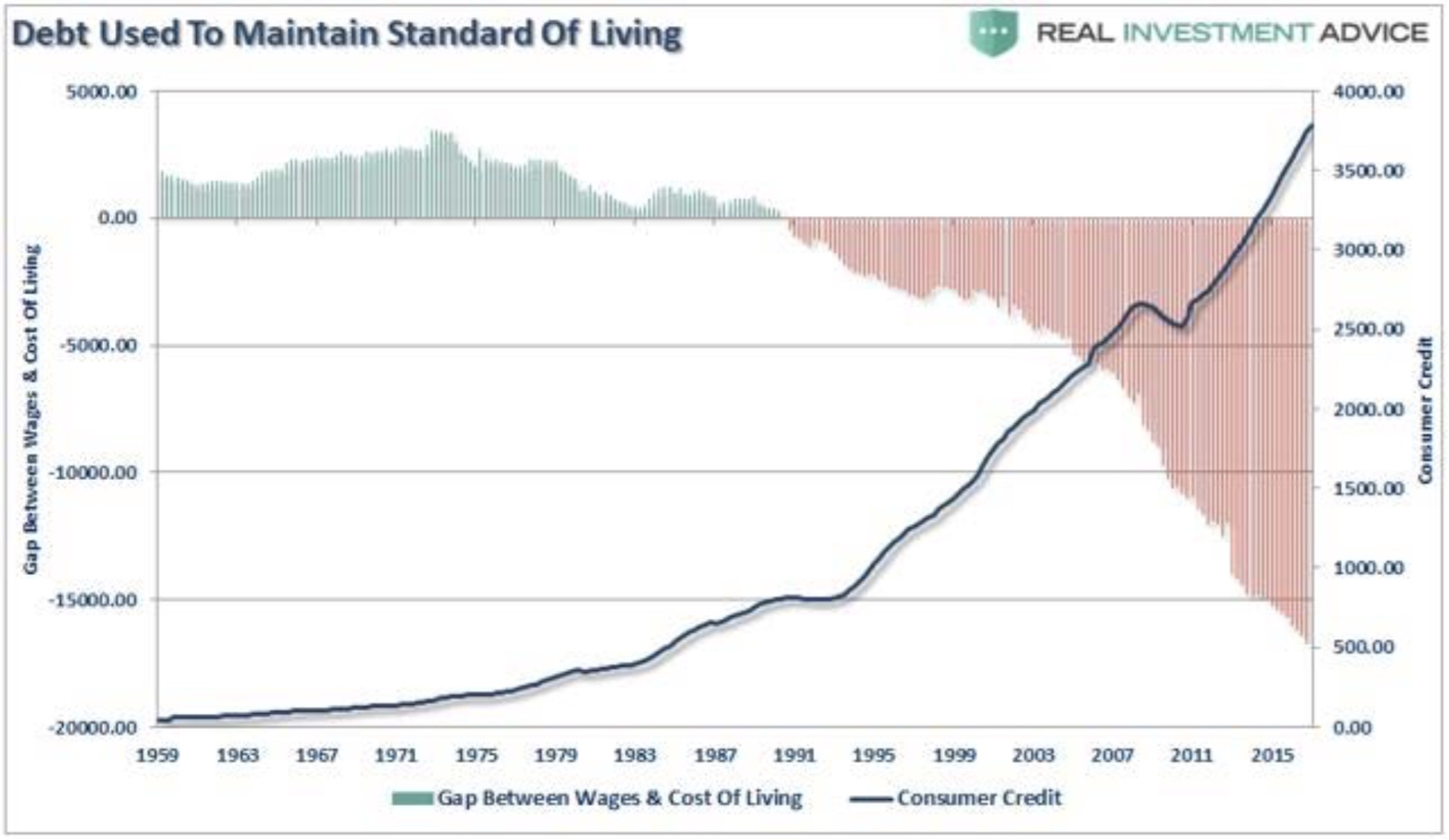 Sadly, a big number of people in the world will be unemployed within the next few years. At that point, governments will be insolvent and print money which will be worthless. There will be no social security and no pension system. The health care system will also fail in many countries with disastrous consequences.

The Biggest Wealth Destruction In History
These speculators don’t realize that most of the wealth they have today is due credit expansion combined with governments printing money. Any future increase in asset prices will merely be due to the music playing faster and louder and will have nothing to do with real economic growth. Very few people realize that soon the music will stop, and at that point, all the assets inflated by debt will implode. This will lead to the biggest wealth destruction in history. But as always happens at the end of a major cycle, it only turns when the maximum number of investors has been sucked in. This is why we could easily see even higher stock prices before it all collapses.

Just look at the Nasdaq in 1999-2000. From January 1999 to March 2000 the Nasdaq went up 2 ½ times. In the final stages of that euphoria, more and more investors were sucked in. The same could very well happen again.

The nearer a peak the market is, the bigger the number of participants. Markets have a horrible tendency to punish as many as possible.

Instead of riding the final rally and then lose 80%, as Nasdaq investors did after the March 2000 peak, now is the time to exit the market and protect your profits. Just look at what happened to the Nasdaq in relation to gold since the Nasdaq 2000 peak. As the chart below shows, the Nasdaq has lost 71% against gold since the 2000 peak.

Don’t Try To Time The Markets
No one can pick the top, and when a market is heavily overbought, this is not necessary either. I am taking the Nasdaq as the extreme example here, but all stock markets are overbought globally. It makes no sense to pick the final rise, if it happens. Now is the time to take protective measures and be concerned about the “Return OF your money rather than the return ON your money.” The perfect wealth preservation asset is of course real assets and especially physical gold and silver, stored safely outside the financial system.  For anyone who still wants to speculate in the final stages of a secular bull market, options are the only sensible method – with options losses are limited to the premium paid, which is the only acceptable risk in a bubble market.

In the next 3-5 years most asset classes, be it stocks, bonds, property, or just currencies, are likely to lose 75% to 99% against gold and silver. Certainly not a risk worth taking.”

***ALSO JUST RELEASED: We May Have Already Seen The All-In Signal To Buy Gold CLICK HERE.