With the Dow and Nasdaq once again hitting new all-time highs while gold and silver have rallied strongly off their lows, is this the surprise that is about to reverse all major markets?

Surprise – Core CPI (Inflation) On The Move
From  top Citi analyst Tom Fitzpatrick:  This is the 7th time since January 2012 that Core CPI has touched 2.3% year on year during which we have had 2 rate hikes in 2015 and 2016…

Maybe the question we should really be asking is not whether this Fed will move in March. The real question is – Do they want to?

While economic data and inflation favor this move, that has been true for some time.

On the other side of the coin we have:

• French political risk is rising as Le Pen hits the highest level of voting intentions to date with only marginal certainty in April and greater certainty in May. This with a candidate who talks of redenominating 80% of French debt back to the new French Franc

• We have not yet seen article 50 triggered in the UK, a move that will effectively start the clock of uncertainty there

The history of this Fed has been more to look for reasons not to move than to move.

In addition, prior to the last two moves (December 2015 and December 2016), the Fed allowed the market to substantially price in September both times and then moved in December. That “modus operandi” together with all the above still suggests that June remains more likely than March (for a rate hike).

A portion of today’s note from 50+ year market veteran and Head of Floor Operations at UBS, Art Cashin:

A Somewhat Narrow Rally Saves The Day – If you were watching Tuesday’s action from another planet, you might have seen it as a two phase day.

The morning was spent consolidating the rally of recent days by moving choppily sideways, snaking around neutral territory.

After noon, the consolidation was completed and the upward move of recent days resumed and the three key indices closed at the day’s highs at new record levels. At least that’s how it looked on the charts.

On the other hand, if you read the media this morning, you would learn that Janet Yellen sparked the afternoon rally.

As usual, there’s a bit of truth in both of those contentions.
Yellen testified for nearly two hours before the markets shifted from “choppy sideways” to “rally mode”. The Chair’s testimony seemed to become a market influence only in the final 30 to 40 minutes.

It was in that period that she was pressed on the possible influence of potential fiscal and tax policy changes. She said it was hard to gauge what specific impacts they would have since we don’t have any specifics on the policy changes themselves.

That seemed to reinforce the concept that several of the new administration’s proposals have great potential to move the economy.

So, with a slight blip in yields putting a bid under banks and financials, the aspirational hopes for the new programs brought spotty buying into other aspects of the equity market.

While the indices closed at new record highs, the overall performance was a bit uneven.

Utilities and REITs sold off in fear of rising yields. Advances and declines were nearly dead even. Volume was mediocre at best. 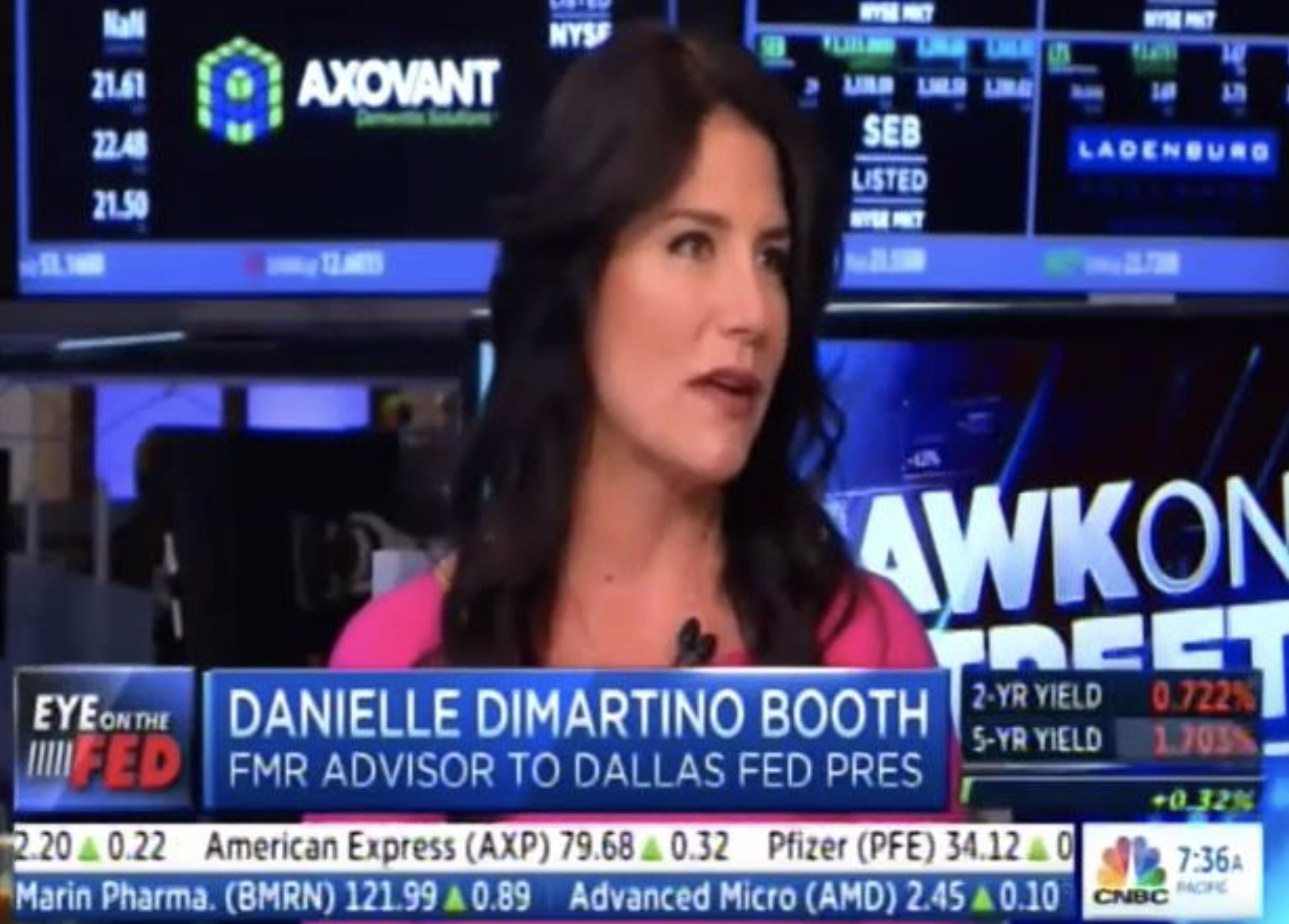 A Pleasant Surprise – Last night’s FoF convocation was brightened by the appearance of our good friend, Danielle DiMartino-Booth. Danielle popped in between a flurry of TV appearances promoting her terrific new book “Fed Up: An Insider’s Take on Why the Federal Reserve is Bad for America”. The book was released yesterday morning.

Danielle, as you may recall, was the chief assistant and advisor to Richard Fisher when he was President of the Dallas Fed. The book looked to be off to a big start, but its candor may not get Danielle invited to the next Fed Christmas Party. Check it out.

Overnight And Overseas – In Asia, stocks were mostly higher as markets play catch-up to the New York afternoon rally. In Tokyo, stocks popped despite another whacking of Toshiba. Insurers rallied on hopes that a rise in yields would aid their profits. Hong Kong rallied as did Australia and South Korea. The odd men out were Shanghai and India.

In Europe, stocks are higher as the bulk of the U.S. rally Tuesday came after European markets had closed.

Among other assets – gold is up slightly, as are most of the base metals. The yield on the ten year is up a tick or two. Federal law say Yellen presentation must be word for word the same, so wild card will be Q&A. Futures put a March hike as 35% likely. Crude is off a bit on inventory bump but action restrained, awaiting today’s 10:30 call. Dollar firms.

Consensus – Lots of indicators today but the Yellen Q&A and 10:30 crude inventories may be most closely watched.

***KWN has released the remarkable audio interview with Peter Boockvar and you can listen to it by CLICKING HERE OR ON THE IMAGE BELOW.