With the Dow breaking well above the psychological level of 20,000, is the public about to get torched in a stock market plunge? The answer will shock you.

Individuals are losing their faith
From Jason Goepfert at SentimenTrader:  The latest readings from the weekly American Association of Individual Investors survey show a drop in bullish opinion among mostly self-directed investors. At the same time, “everyone else” remains steadfastly, and extremely, bullish. While individuals are looked down upon as the dumb money, that has not been an accurate statement, especially over the past decade…

It’s commonly accepted that individuals, in the form of the AAII sentiment survey, are “dumb money”. That’s a dubious use of knee- jerk contrarianism as we’ve discussed many times in the past, but let’s just assume it’s true. We can see below that they have suddenly become much less bullish while “everyone else”, including newsletter writers, brokers, and futures traders, are displaying some of the most optimistic opinions in years (see chart below).

The chart below shows the spread between individuals and “everyone else”. If it’s above zero, then individuals are more bullish. We can see that currently, they are about the least optimistic they ever get relative to others in the market. The green dots show weeks when individuals were relatively optimistic; the red dots, relatively pessimistic (see below).

Contrary to what most believe, it was better to be a buyer along with individuals when they became more optimistic relative to everyone else, and better to be a seller when they were pessimistic. It was not perfect, of course, having us buy way too early in 2008 and sell in 2013.

King World News note:  Jason goes on to note that getting burned in the internet bust has changed investor perceptions of the stock market (see chart below). 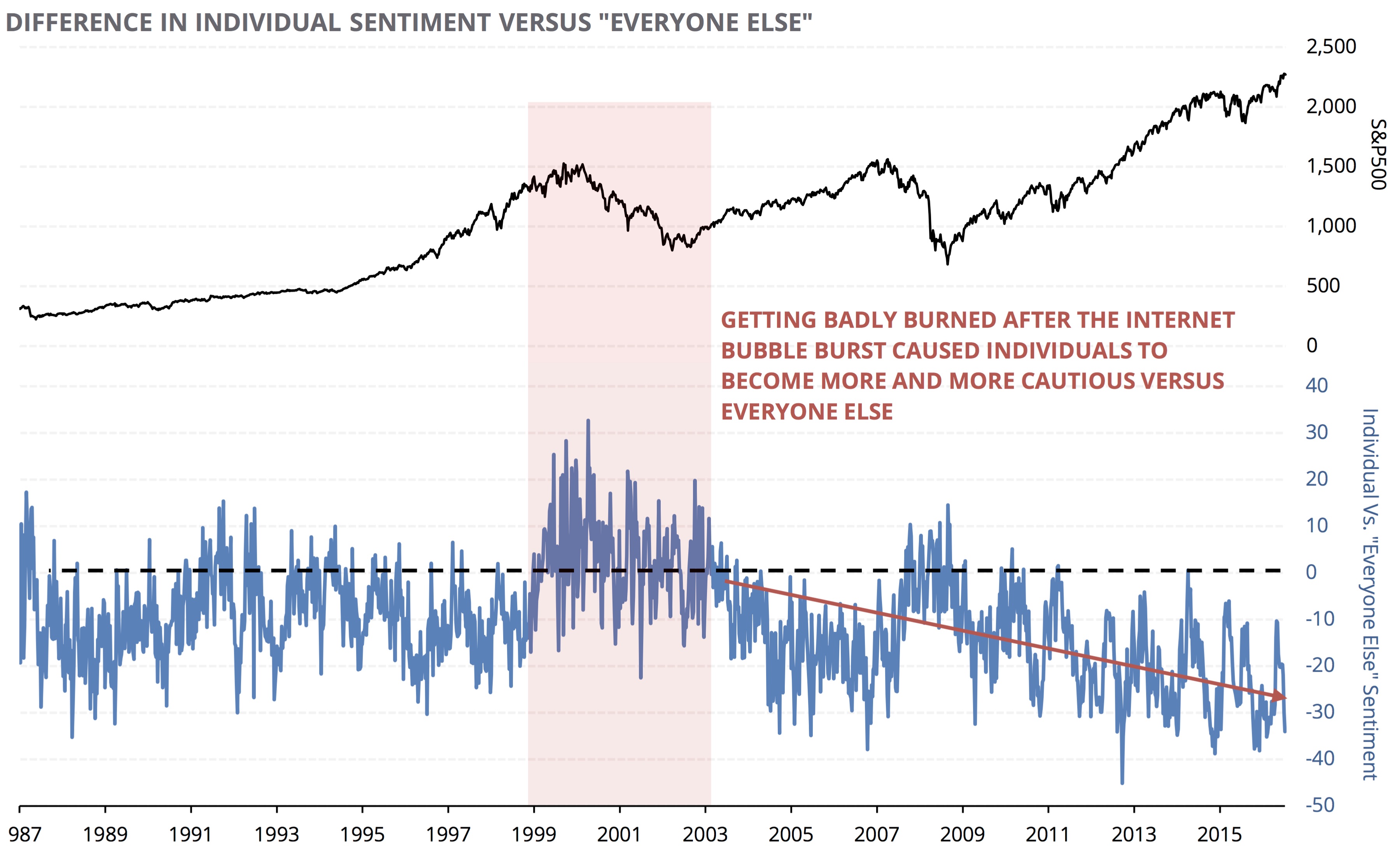 King World News note:  The remarkable charts and commentary above are just one example of why Jason Goepfert is the best in the world at what he does, and you can try a free 14-day trial of the internationally acclaimed work that Jason Goepfert produces at SentimenTrader simply by CLICKING HERE.

***ALSO JUST RELEASED: One Of The Greats Discusses How He Is Planning To Trade Gold And The Mining Shares CLICK HERE.