Is The Gold Market Now Set Up For A Spectacular Upside Advance?

With gold trading above $1,220 and silver near $17.50, it now appears both of these markets are setting up for massive moves to the upside.  Included in the piece below is a key illustration as well as an important first target for the upside advance in the price of gold.

Below is top Citi analyst Tom Fitzpatrick's key chart showing the breakout in gold along with his commentary which includes an initial price target for gold:  "Gold is trading above good resistance levels and is in line to confirm a double bottom pattern that would target a 3.5% move higher.

The recent bear steepening of yield curves globally, highlighted in Weekly Roundup – Sometimes the "Tell" is what a market does not do, suggests that investors are growing increasingly anxious about the prospect of rising inflation going forward. If this continues, as we suspect it will, it can only prove to be supportive of Gold.

It's trading above decent resistance levels in the $1,217 area, including the 200-day moving average and neckline of a short-term double bottom that, if confirmed with a daily close above, would target a move to $1,259 (3.5% above its present level). 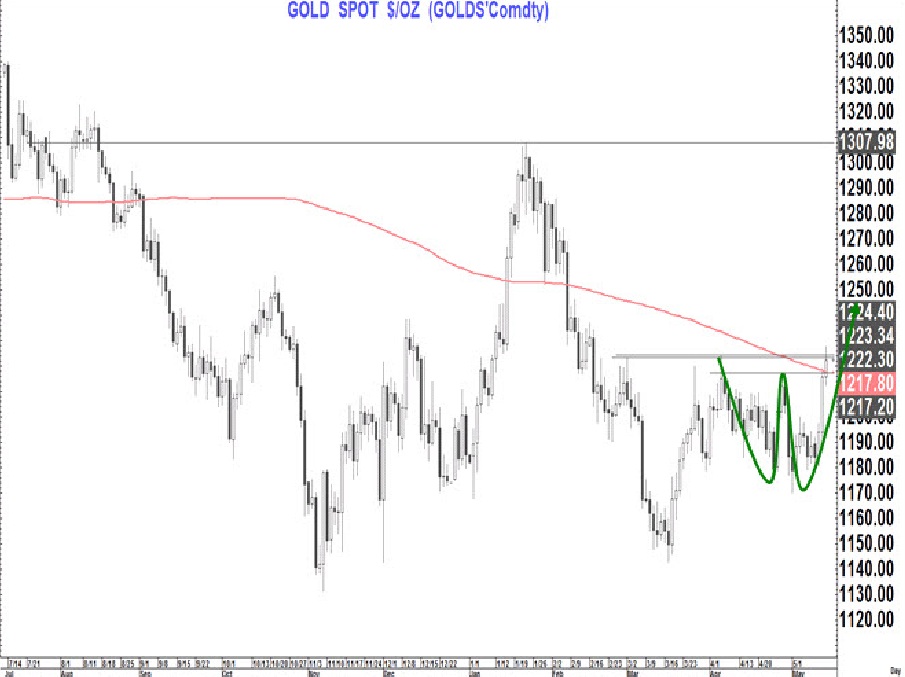 While still early, a close this month above $1,228 would yield a bullish outside month (not depicted).

A breach of the January high at $1,308 would confirm a longer-term double-bottom, targeting a much more substantial gain to $1,473." ***ALSO JUST RELEASED: U.S. Launch Of QE4 To Trigger Frightening Bond And Currency Collapse, Hyperinflation And A Silver Move That Will Shock The World CLICK HERE.

A Trip Down The Rabbit Hole Of Insanity In The Markets

The World Is Quickly Approaching A Hyperinflation Disaster