At the end of another record breaking week in the markets, is a historic upside breakout in the gold bull market about to take place?

But first, a quick update on how commercial traders are positioning themselves…

This is from Jason Goepfert at SentimenTrader:  “The latest Commitments of Traders report was released, covering positions through Tuesday. Hedgers moved to…record short exposure in cotton, crude oil and nearly silver (see charts below).” 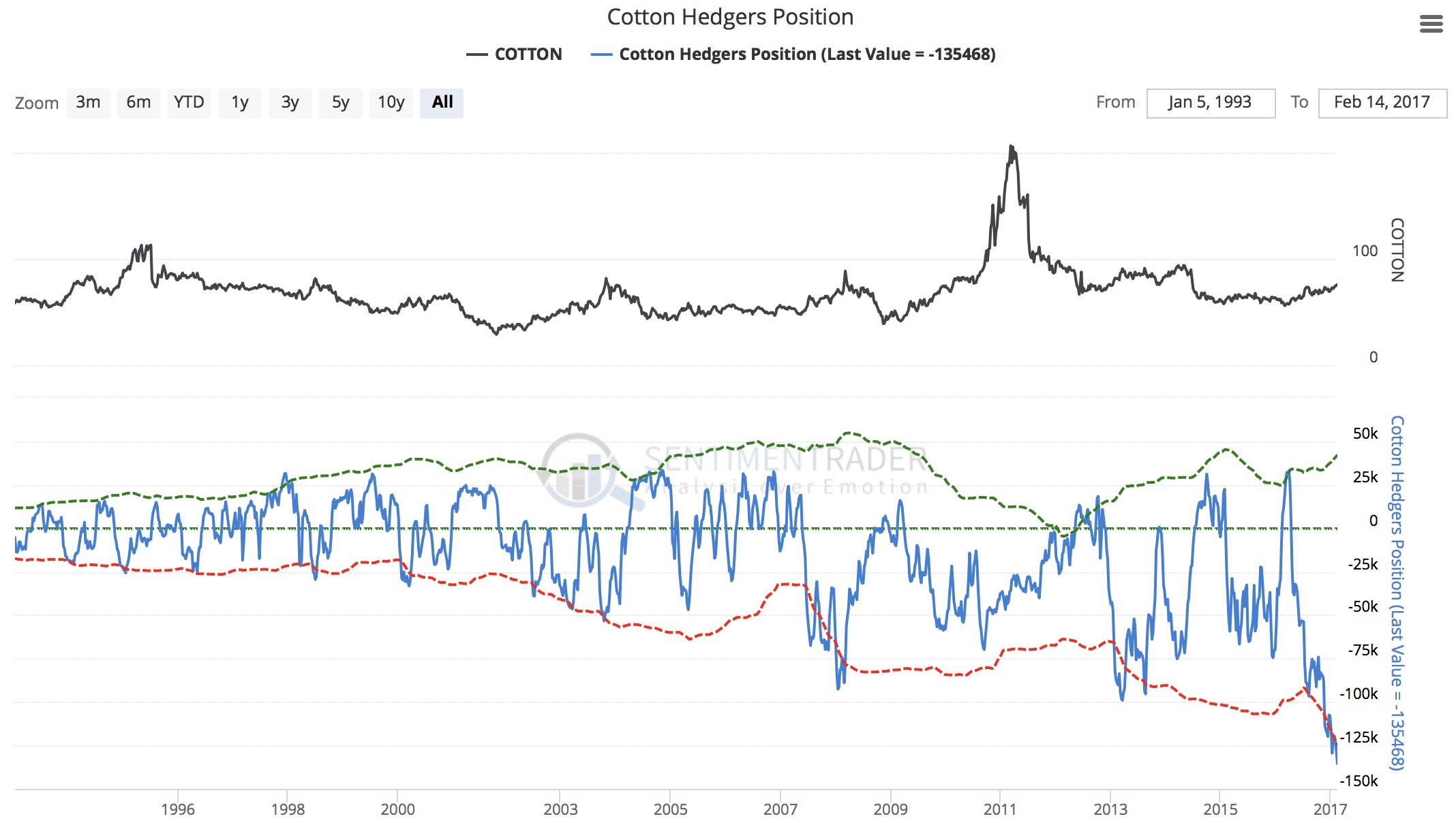 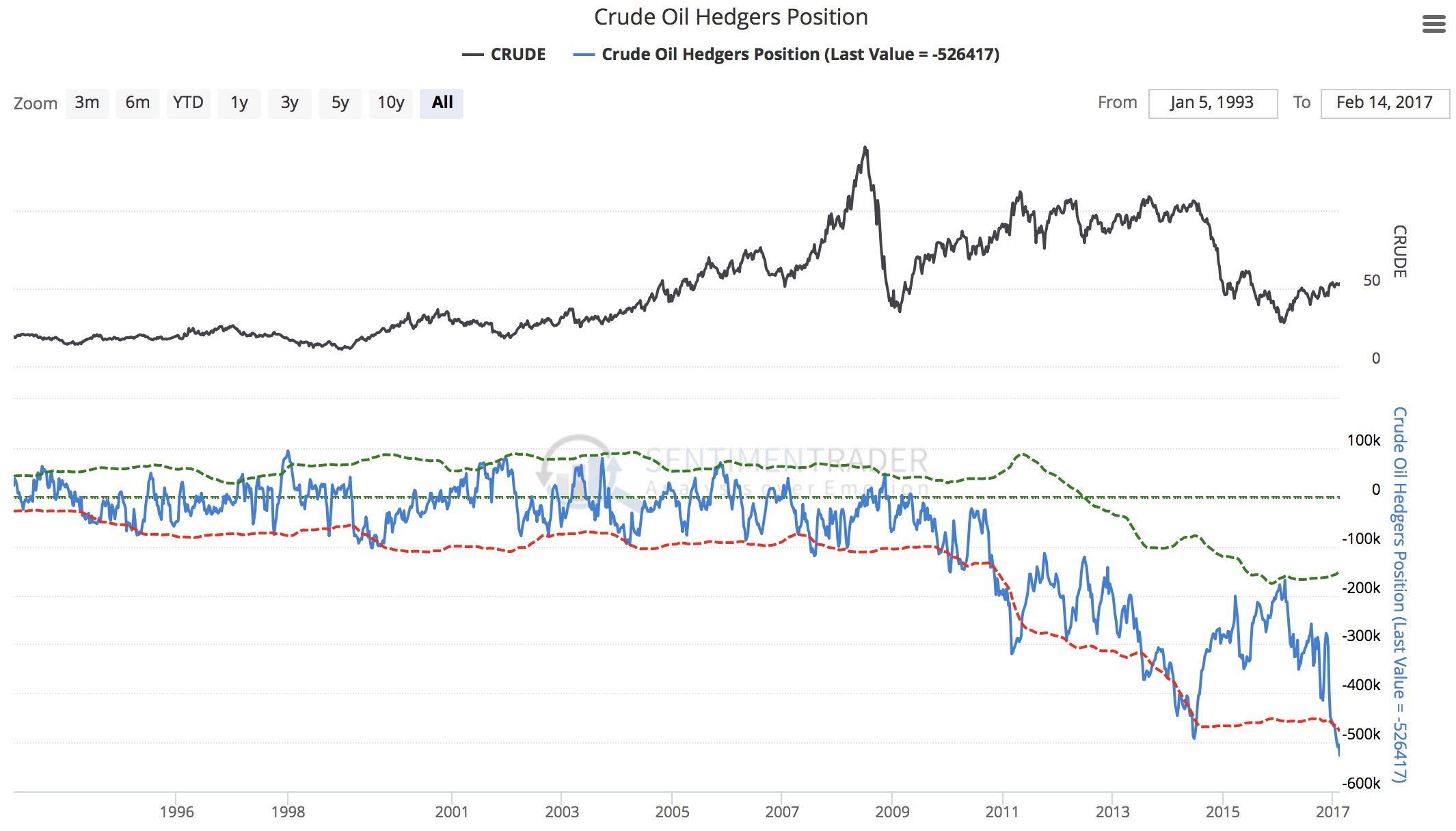 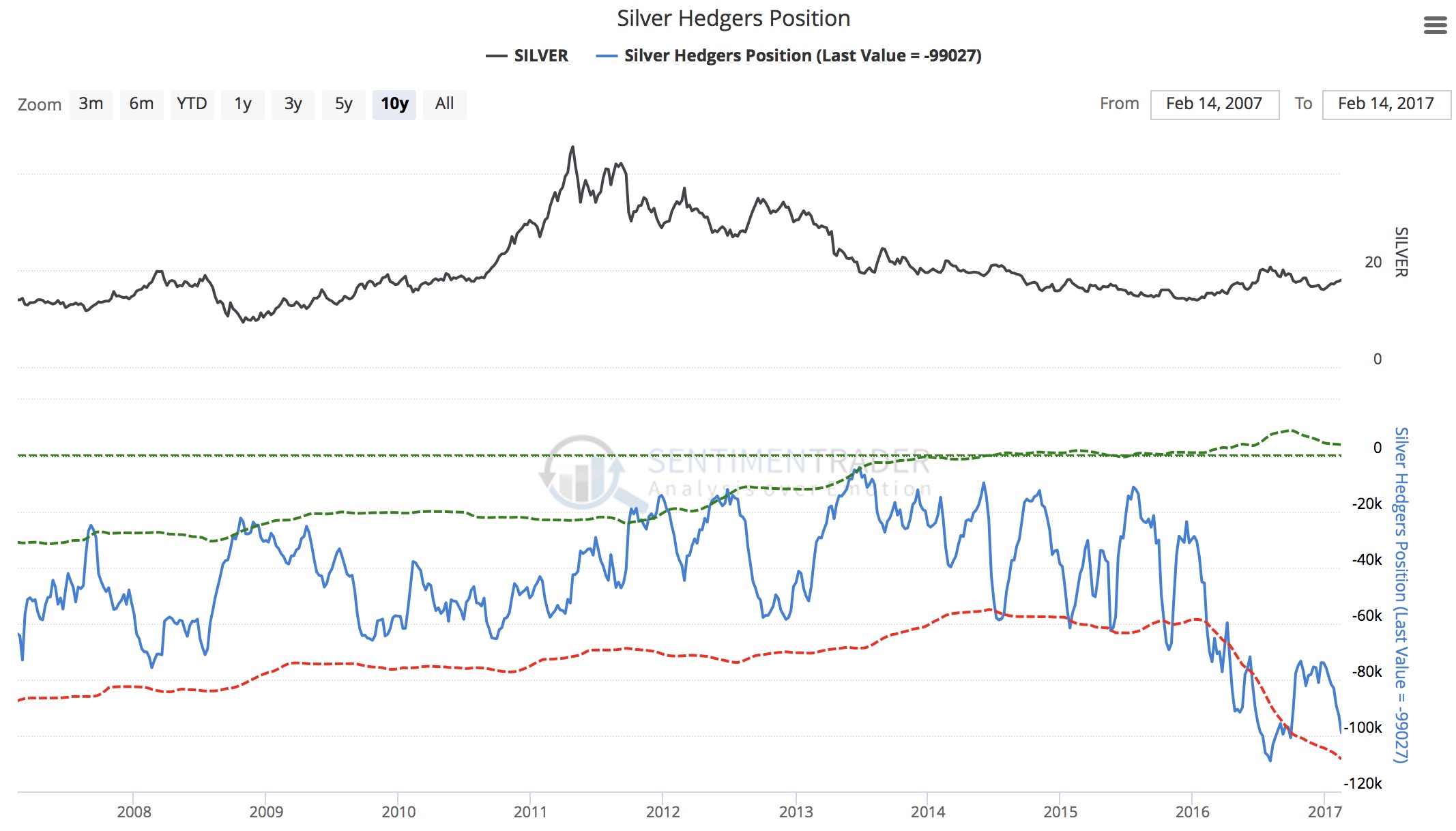 King World News note:  There is one other chart of commercial short positioning that is extremely important… 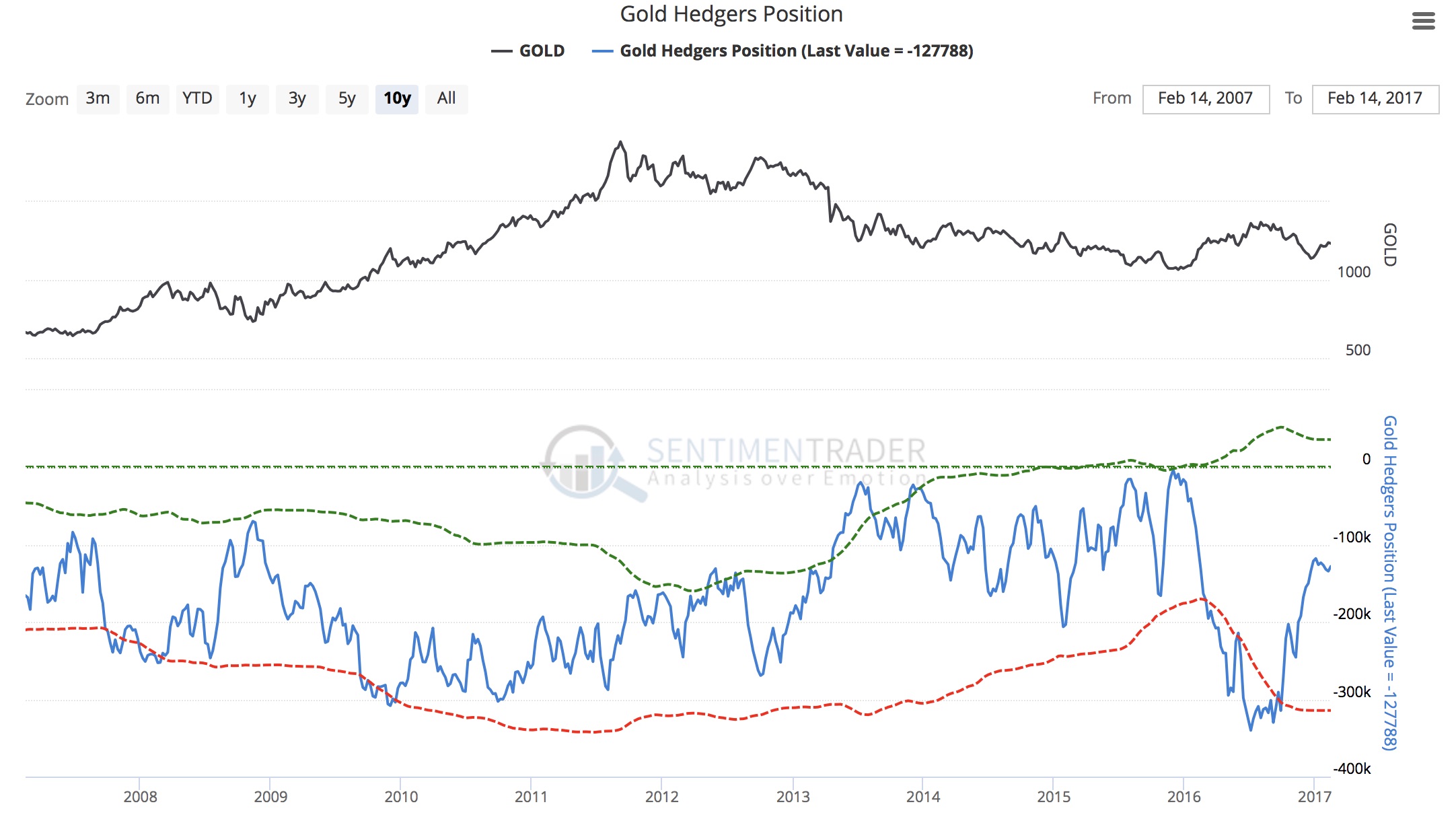 Is A Historic Upside Breakout In Gold Bull About To Take Place?
King World News note:  If you  look closely at the chart above, unlike some other commodities where the commercials have piled in aggressively as prices have rallied, in the gold market we see no sign whatsoever of increased commercial shorting.  In fact, as mentioned earlier, there was a bit of short covering.  This suggests that there may be a great deal more upside in the gold market as well as the mining shares…KWN has just released the remarkable audio interview with Michael Belkin, the man who counsels the biggest money on the planet, discussing the mining shares, gold, silver, global markets, and much more, and you can listen to it by CLICKING HERE OR ON THE IMAGE BELOW.

Is This Shocker About To Send The Price Of Gold & Silver Soaring?