On the heels of wild few weeks that included a missile attack against Syria and major posturing against North Korea, here is why moves in the gold and oil markets are going to shock the world.

$100+ Oil And $10,000+ Gold
Stephen Leeb:  “Gold is looking for a catalyst. It will come when oil, which has stayed stubbornly low as other commodities have strengthened, starts to gallop ahead, setting off further gains in all other commodities. The rise in oil will be an inevitable effect of China’s own growth and its role in developing the entire East. We are headed for a world in which oil’s resistance points will be in three figures, while gold’s will be in four and eventually five figures. But we’re not quite there…

Sure, if Le Pen scores big tomorrow it could send the yellow metal on a brief tear, possibly even above $1,300. But it would be unlikely to signify the start of a major uptrend because political events rarely move markets for long unless they translate into a meaningful change in the economic dynamics, which the French election won’t represent. And if Le Pen underperforms, gold could easily fall towards $1,200.

The Korean crisis is an example of the interplay of politics and economics in relation to gold. Last week I predicted the crisis would more likely lead to a pullback in gold than spark a frantic search for a haven. My reasoning, which I won’t repeat here in all its details, was that China had helped shape the crisis so as to shift the onus onto Trump and thereby position itself to soothe the geopolitical waters, which essentially is what happened. The short-term effect on gold was a drop of a few percent in mining stocks and bullion remaining flat.

But China had a longer-term goal as well: gaining a broader role on the entire Korean Peninsula, including the economically vital South. Achievement of this goal will qualify as a significant economic development that will impact gold, raising the floor on the metal’s price considerably above today’s level. The bungled U.S. “armada” incident, with a U.S. aircraft carrier-led fleet supposedly sailing north towards Korea, but actually traveling in the other direction, gave the Chinese a bit more time to bring about negotiations with the North, a first step towards bringing Chinese economic hegemony to the Koreas. 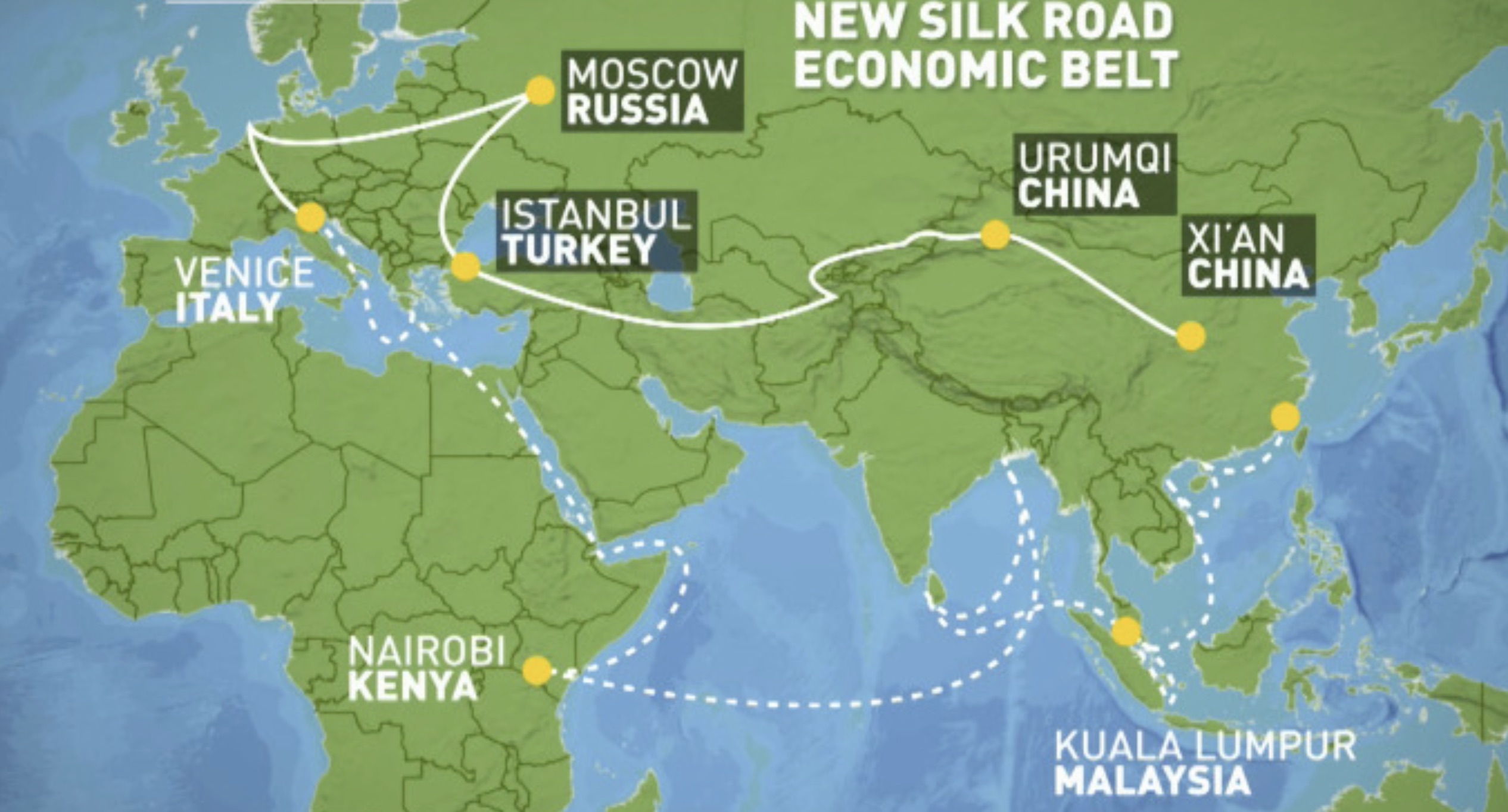 But Korea is a relatively small side story. The big story focuses on the 60-plus countries in China’s Silk Road initiative along with scattered relatively undeveloped countries in the West. As China draws these countries ever more into its own economic orbit, their growth will blossom, boosting their need for oil and energy. The consequence will be commodity scarcities that will necessitate a new monetary system centered on a tried and true source of value. That, of course, will be gold, by far the most natural tool for allocating scarcities.

This brings us back to oil. Over the past 15 months, many commodities have gained strength. Indeed, measures of raw industrials – prices that businesses pay for commodities as distinct from their prices on the futures markets – have climbed to 2008 highs. After that, the only resistance level left is the all-time highs of 2011. What has held them from climbing further has been lagging oil.

Like many others, I had expected oil would spring dramatically after OPEC and Russia cut production. And I thought that would light a fire under all other commodities, since oil is so vital to their production. With oil rising, I expected the next step would be for China to establish an Eastern oil benchmark priced in yuan. And the next step after that would be a new monetary system centered around whatever China wanted, which would be gold.

I still see that as the eventual sequence of events, but it has taken longer than I expected. The chart below shows how unusual the current situation is: this is the first time since the century started that oil has sharply underperformed industrial commodities – which as noted have been making multiyear highs – for what is now going on two years. 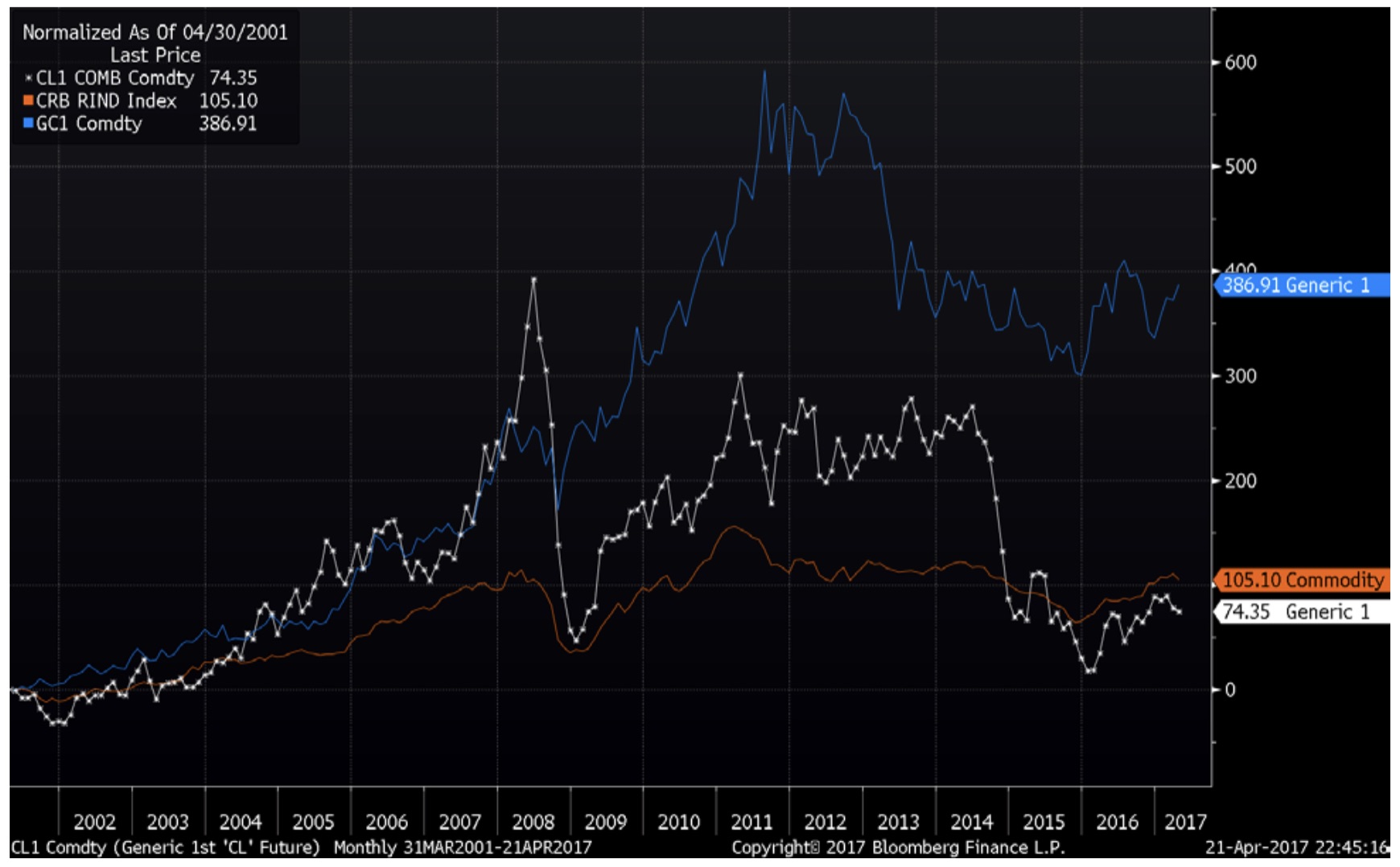 That aberration, of other commodities cantering ahead as oil lags, is a clear sign that these commodities have tremendous underlying strength. Once oil joins the party, as it will, it will exert a multiplier effect on that strength. For good measure I have also included the chart of gold so you can some idea of what it will all mean for the precious yellow – an upside explosion of epic proportions.

So what is holding oil back despite declining production and rising demand? Geologist Art Berman has come up with the likeliest answer: inventories. After all, inventories are part of the supply equation just as much as production. While both Bloomberg and the International Energy Agency (IEA) say inventories (in OECD countries) have fallen by about 150 million barrels since the production cuts, Berman estimates that on a seasonally adjusted basis inventories have barely moved and are still about 300 million barrels above their five-year average. And with the bulk of those excess inventories in the U.S. and therefore reported on a weekly basis, the world’s most actively traded oil market has been treated to a steady diet of bad news. 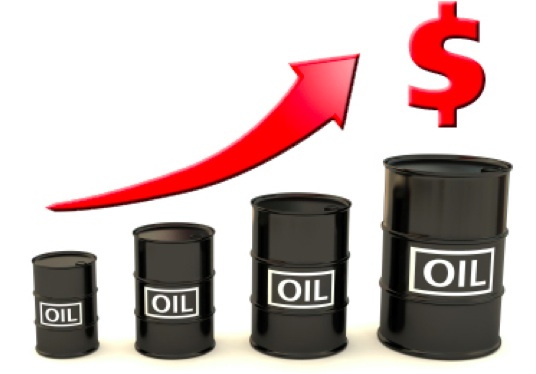 Now I can hear some of you asking: what about fracking? Won’t that easily add enough oil to more than satisfy growing demand? Actually, no, for a lot of reasons, only some of which I have room to discuss here. I will leave the fancy stuff like EROI for another day. In the meantime, yesterday, Schlumberger reported earnings. The key takeaway wasn’t profits or revenues but a comment from management, whose on-the-ground knowledge of the oil industry far exceeds that of any analyst or any agency. The comment was:

“…a closer examination of the underlying data clearly shows that the rate of depletion of proven developed reserves
is rapidly accelerating in several key non-OPEC countries.”

This is company-speak for a coming major oil crunch.

Returning to those 60-plus Silk Road countries, they account for more than 60 percent of the world’s population yet only 30 percent of world GDP. If you do the math it means these countries would need to increase their GDP three-and-a-half-fold to catch up with the developed world. And these countries have 75 percent of the world’s oil reserves, which if they use judiciously may give them a real shot at the good life. That provides still more incentive for China to control the oil market, a market that even the most fervent proponents of renewables and gas acknowledge will remain the most important energy source for a few generations more.

A Once In A Lifetime Buying Opportunity
In 2001 the world reached one critical point of inflection when China entered the WTO, and that led gold to a nearly eightfold advance. Despite gold’s correction over the past several years, it still has been the 21st century’s best performing asset. Its correction will end as oil rises, which will represent the next inflection point. And this one will lead to a move in gold that will easily exceed the aftermath of the first. Any further weakness in the mighty metal is a gift that you should greedily take advantage of as offering a great entry point into a once-in-a-lifetime opportunity.”

***ALSO JUST RELEASED: Celente – You Won’t Believe The Incredible Desperation I Saw On My Travels In The U.S. CLICK HERE.

The Fed And Yearend, Plus A Note Of Caution From A Guru