Here is a look at gold, silver and more real world inflation. 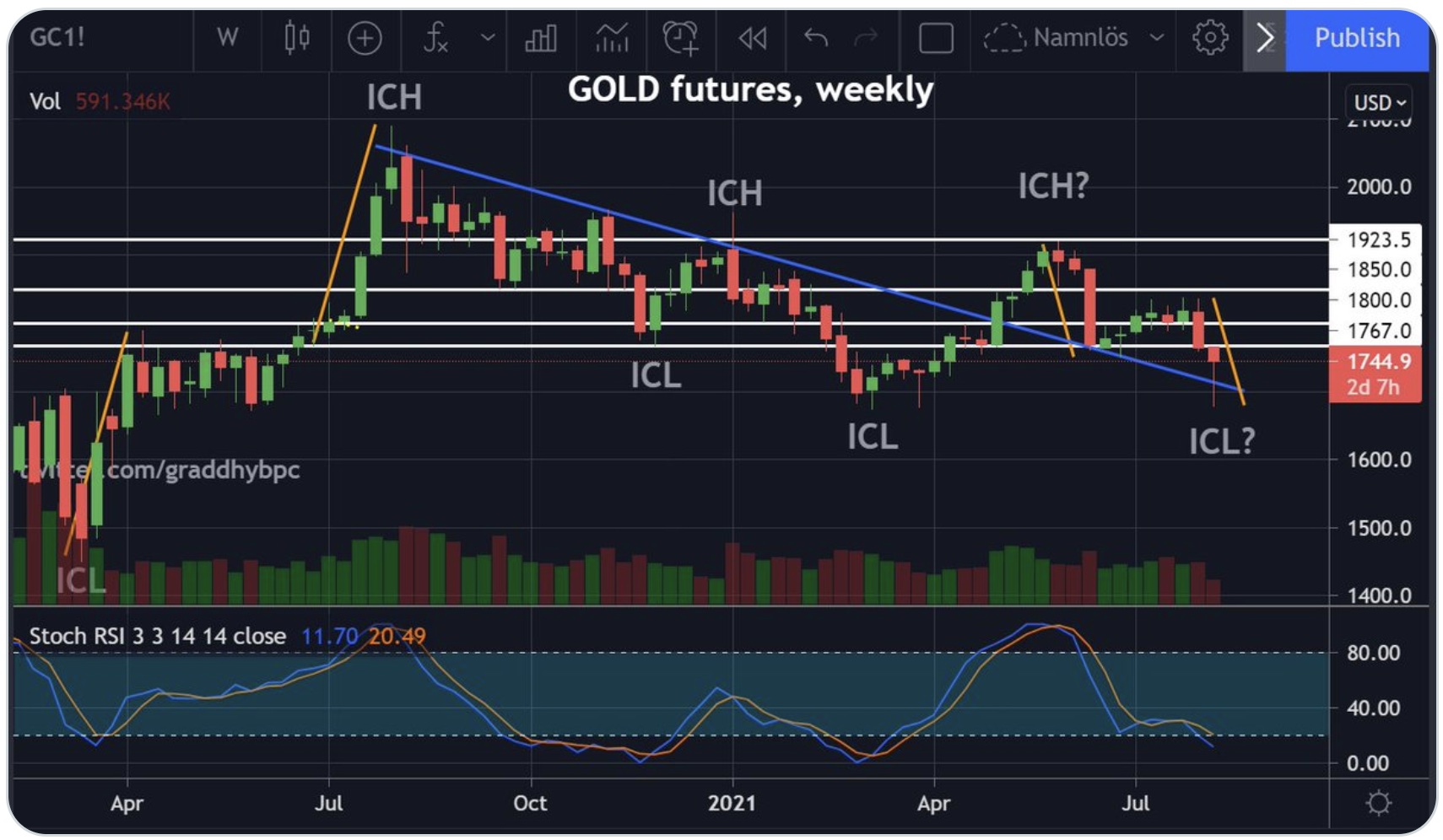 Silver vs CRB
Graddhy out of Sweden:  Loving this chart – yet another big picture chart showing the commodities bull is very much for real. Using closing prices for upcandles as neckline (which levels tend to be more reliable than black candles), we have a monumental breakout followed by a backtest. 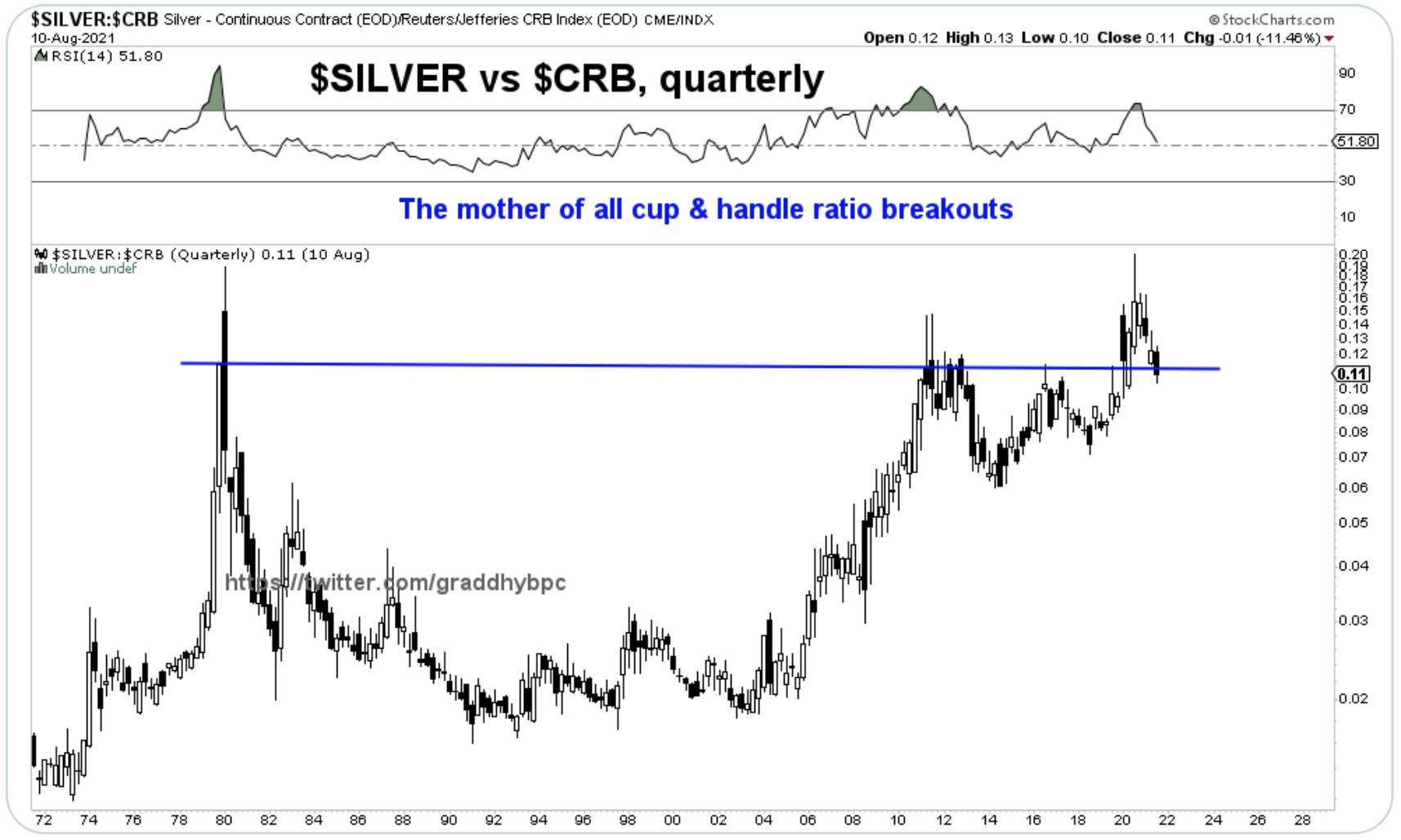 More Inflation: Rental Rates Skyrocketing
Gerald Celente:  Rents for houses and apartments have shot up an average of 10 percent since July 2020, with the median rate reaching $1,244, a 9.4-percent increase since March 2020, just before the COVID War began, according to the website Apartment List.

Share prices of companies owning rental homes and flats have risen in tandem.

FTSE’s Nareit Equity Apartment Index is up 42 percent since January, compared to the S&P’s 17 percent bump. 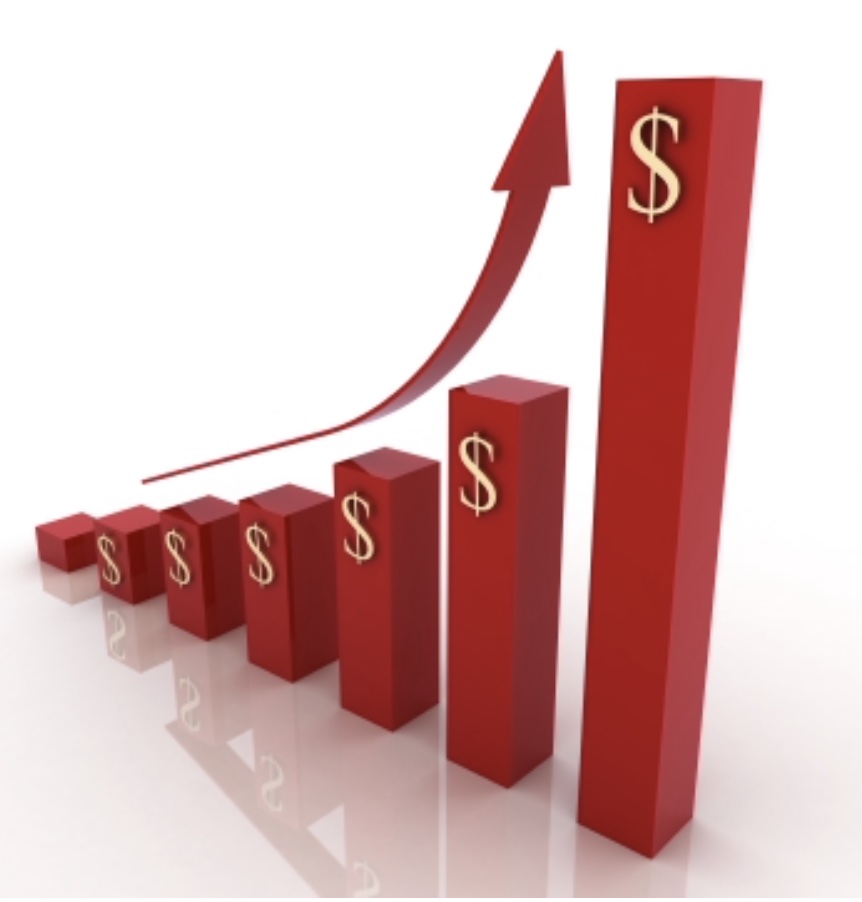 Rental rates have been pushed up as the housing market has tightened.

As employees able to work at home fled cities during 2020, housing prices outside of city centers began a relentless rise, reaching a median $363,300 in June, according to the National Association of Realtors, a 23.4-percent gain year over year.

As home prices were bid up, the uncertain economy caused banks to tighten mortgage lending requirements, leaving fewer and fewer potential buyers able to qualify for a loan.

Now those unable to buy are renting in the suburbs, needing to save longer to be able to buy.

At the same time, many professionals have decided to return to cities…

In New York and San Francisco, landlords find that they need to offer fewer perks, such as free months’ rent, to lure tenants, even as rental rates are rising again, the Wall Street Journal reported.

Rents in the Atlanta area have jumped 25 percent in the last 12 months.

“You’ve had young professionals who were living with their parents being called back to their employer or who feel more secure and now they’re going to rent,” analyst Amanda Sweitzer at Robert W. Baird & Co. told the WSJ.

Tenants ages 23 through 34 now make up more of the renters in flats owned by UDR Inc. than before 2020’s crisis began, the company recently told investors, according to the WSJ.

The company’s occupancy rate was 97.5 percent in July, the company said.

Houston-based Camden Property Trust raised its rental rates by 19 percent as of July, the WSJ noted.

The rental frenzy has brought private equity firms into the rental market, snapping up houses for sale—often buying them out from under families who had already made offers—and paying top dollar in the busiest markets, pushing home prices up even more.

In July, real estate trust Equity Residential began buying residential properties again in Atlanta and Austin, cities it had quit years ago.  And as we have reported, Blackstone, the world’s richest asset management company, has agreed to pay $6 billion to buy Home Partners of America, a company that owns about 17,000 rental houses across America.

TREND FORECAST
As we have said before, home prices will soften as this year continues, but not greatly: land and materials are, and will remain, in short supply and demand will not slow, due in part to Millennials and younger adults entering the life stage at which families typically seek to buy homes.

TRENDPOST
Although corporate landlords own just a fraction of the country’s single-family homes, that fraction is concentrated in the most desirable markets, giving those corporations even more presence in the places people most want to live.

As we noted in Trends Journal, 1 June, 2021, corporations are buying houses out from under families by offering cash on the spot instead of forcing sellers to wait while mortgage applications are approved—or, increasingly in today’s red-hot market, rejected.