Today James Turk told King World News that the bear raids in the silver market are weakening as the bullish case for gold and silver are as strong as ever.

Bear Raids In Silver Weakening
James Turk:  “Head fakes don’t only happen in football, Eric. They can also happen in markets, and it looks like one just happened. Take a look at this daily silver chart. 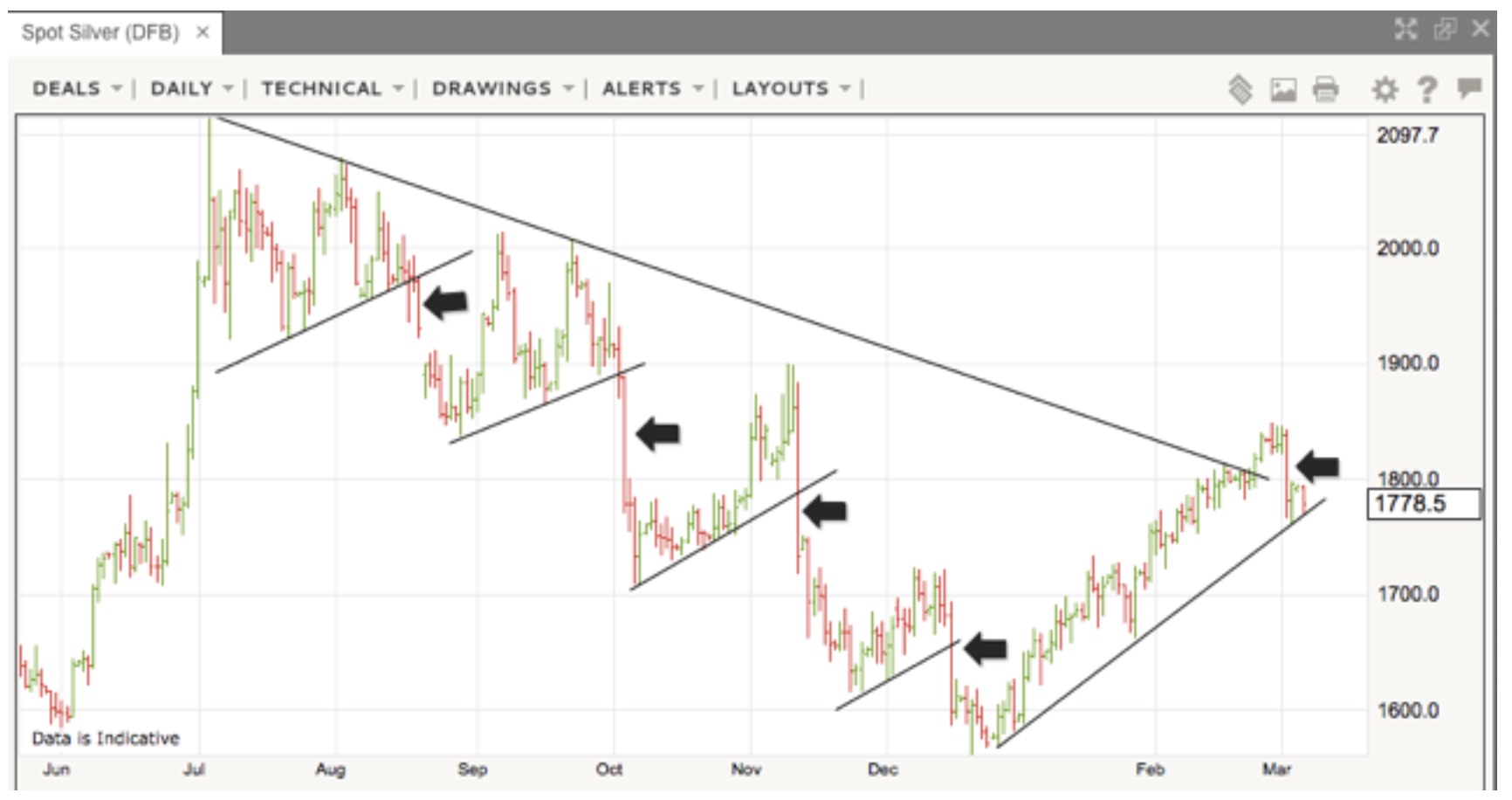 There are several important points to make about this chart.

First, look at the five arrows. These are bear raids engineered by market manipulators. These are just recent examples, but owners of precious metals know that they have had to endure countless numbers of these raids for many years.

The first raid on this chart marked by the arrow on the left was so intense it left a rare downside breakaway gap. Then look at the size of the next three arrows. Silver made huge price declines in each of them…

James Turk continues:  “Now look at the latest arrow on the right of the chart. The price decline in this raid is not as bad as the previous four episodes. I take that observation as positive evidence that the bulls are once again gaining the upper hand. In other words, the power of the bears to manipulate the silver price lower is waning.

Further evidence of this conclusion comes from what happened on Friday.

As we see from the first four bear raids, there is usually a follow on raid a couple of days later, after the initial price decline. I think that is what the bears had intended to happen during Ms. Yellen’s speech this past Friday. The price of silver and gold immediately dropped as she warned of an interest rate rise this month, but both metals quickly bounced back. The bulls were waiting in the wings to snap up bargains from this latest bear raid. 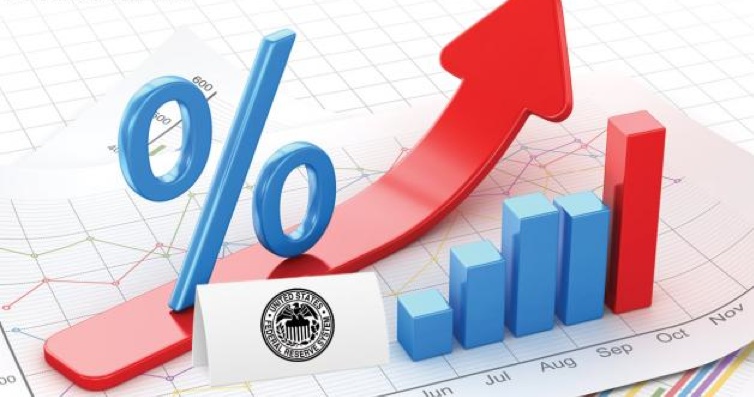 Fed Raises Rates, But Still Way Behind The Curve
Ms. Yellen didn’t say anything new in her speech on Friday. Pretty much everyone already knew that interest rates are likely to go up 0.25% when the Fed meets on March 15th. But there is an important point to make here. The way silver and gold quickly bounced back is an indication that rising interest rates are no longer being perceived as bearish news by buyers of precious metals. In fact, it is quite the opposite, which explains why gold and silver rallied back after their initial downdraft.

With inflation rising even by the government’s own reporting, there is a growing recognition that the Fed is way behind the curve. They are trying to fight inflation with little firepower and acting way too late. And rising inflation is bullish for the price of precious metals.

“The Bullish Case For Gold & Silver Remains As Strong As Ever”
The last point to make about this above chart, Eric, is to draw everyone’s attention to the two trendlines. Silver initially broke above the multi-month downtrend line going back to last summer. But the important point is that even though prices retreated in the bear raid, silver held above the uptrend line that began at the December low. Note also that the December low held at the June low, as we can see on the chart. So I take this double-bottom to mean that support at $16 is solid.

It is therefore logical that the precious metals are bouncing back from this head fake over the last couple of days, and the bullish case for gold and silver remains as strong as ever.”

***ALSO JUST RELEASED: This Is Why We Are Going To See A Wild Week Of Trading For Major Markets CLICK HERE.