Greed, More Insanity, Room For A Lot More Money To Flow Into Gold, This Is A Bit Of A Problem

As we move through the last few trading days in August, here is a look at greed, more insanity, room for a lot more money to flow into gold, plus this is a bit of a problem. 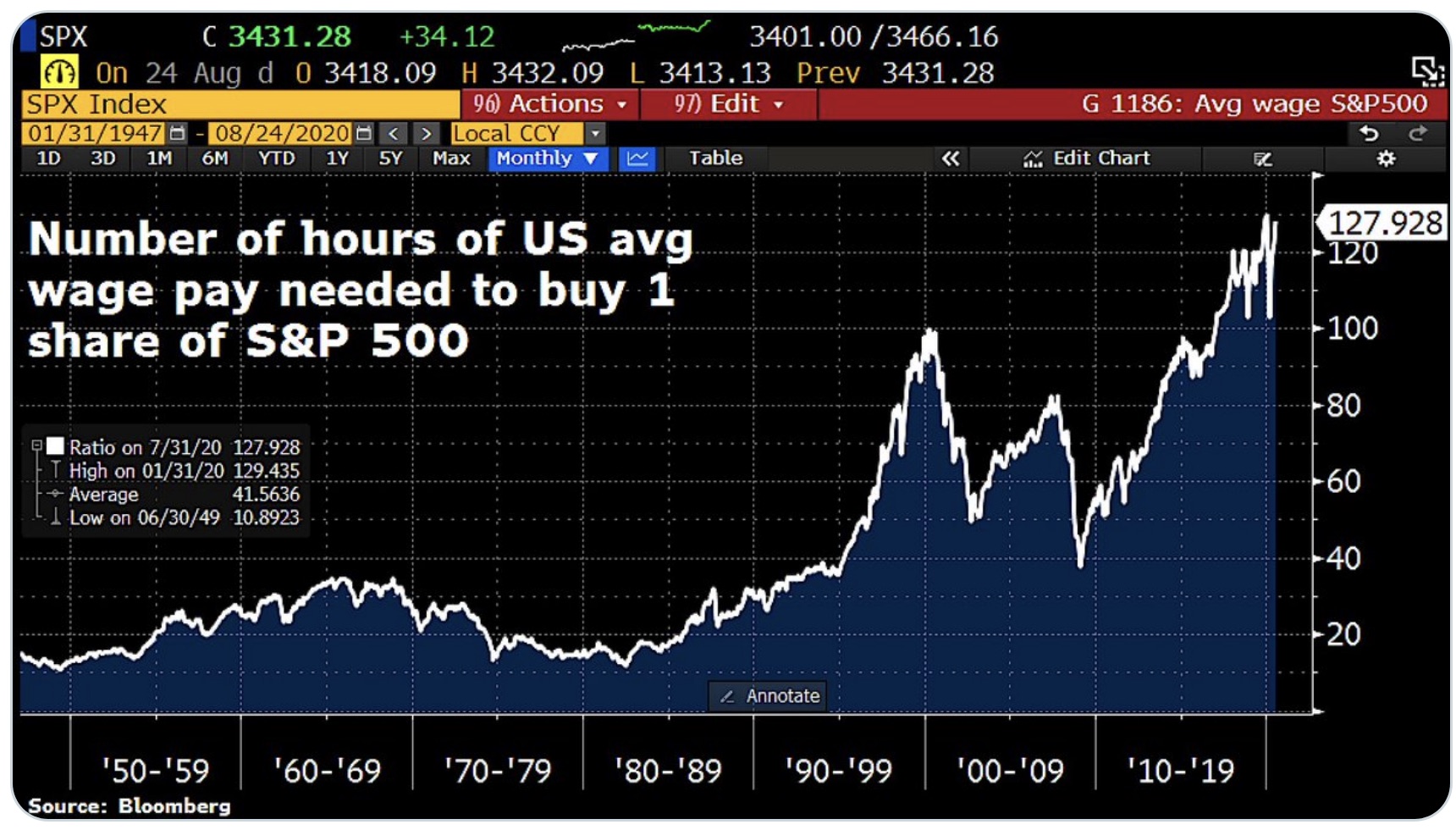 This Is A Bit Of A Problem
Jeroen Blokland:  The velocity of money has dropped to an all-time low. (See below). 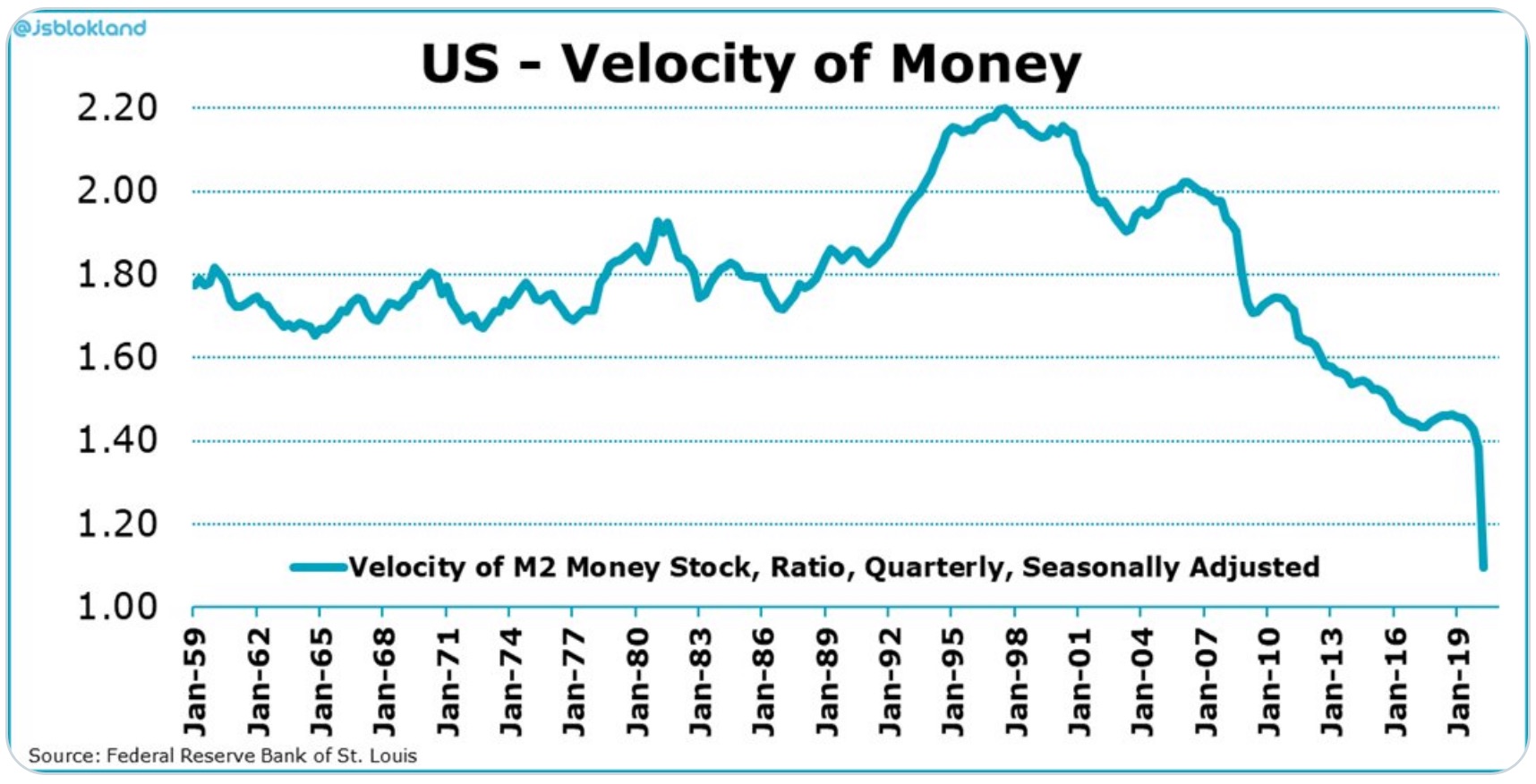 Greed
Liz Ann Sonders, Chief Investment Strategist at Charles Schwab:  Greed on the rise (higher than 1 week and 1 month ago) as per CNN Fear & Greed Index (see below). 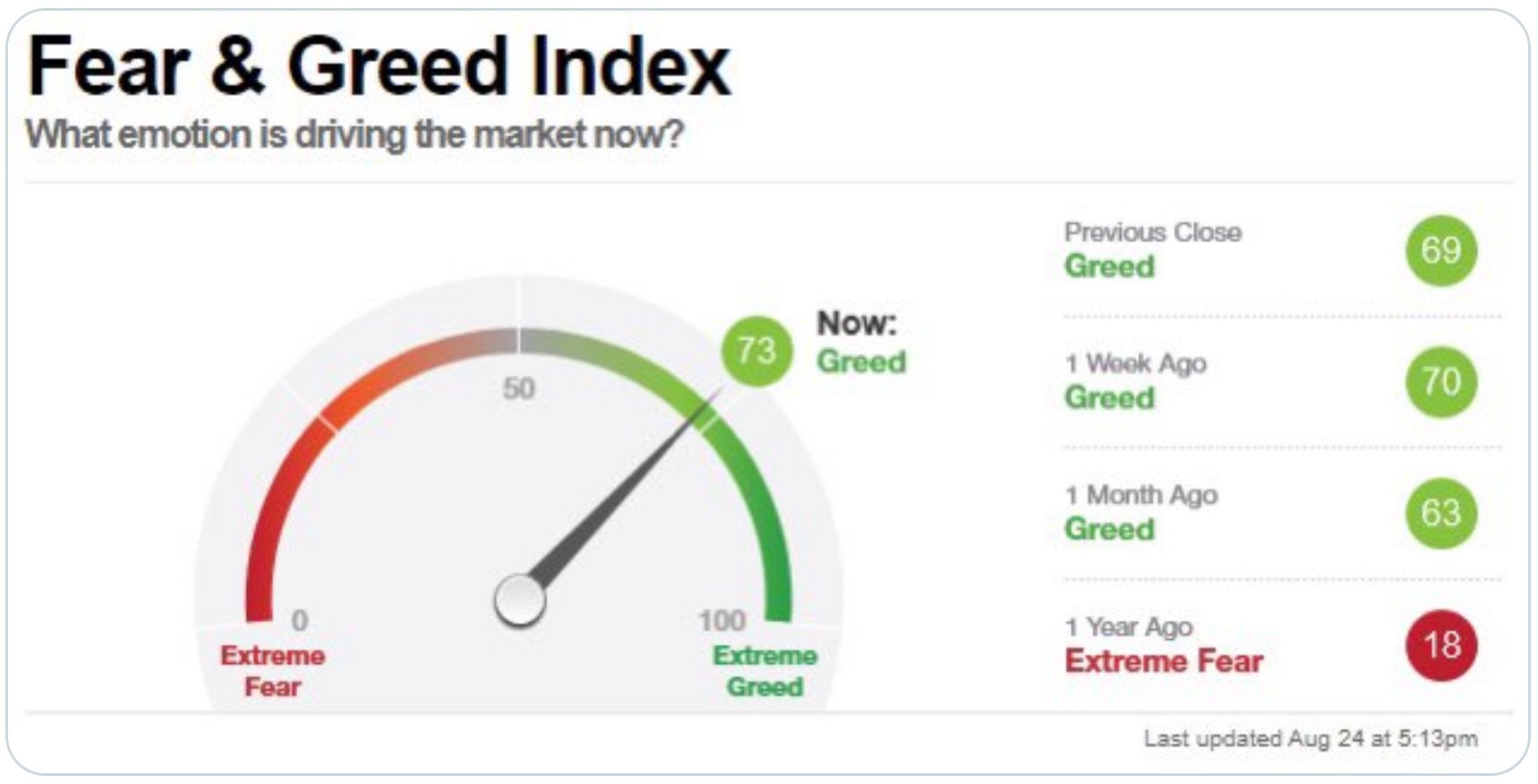 It’s The Exact Opposite
Peter Boockvar:  Ahead of Jay Powell’s speech on Thursday, there is chatter that he will talk about a new inflation regime they are shooting for but I need to remind everyone that ‘symmetry’ in their inflation goals has been a part of every single FOMC statement this year. So, wanting to overshoot after a period of undershoot is current policy. I’m guessing the Fed’s goal if he talks about it again is their way of telling the markets again that they won’t raise rates off zero unless there is sustained inflation above 2%. The average consumer won’t be happy though and all this is crackpot economics anyway because there is nothing in economic history that says low inflation hinders growth and higher inflation enhances it. In fact, it’s the exact opposite.

This has been the wording they’ve used this year: “In determining the timing and size of future adjustments to the stance of monetary policy, the Committee will assess realized and expected economic conditions relative to its maximum employment objective and its symmetric 2 percent inflation objective.” The underline is mine.

Instead, with seemingly great progress on effective therapeutics and a vaccine, Powell should be thinking about thinking about beginning the removal of all the excessive easing he’s had in place. Especially their purchases of corporate bonds like Apple.

***To listen to one of the most powerful audio interviews of 2020 with the man who advised people managing more than $2 trillion click here or on the image below.

Art Cashin – Another Black Swan May Be On The Horizon